Authorities in the southern Philippine port city of Zamboanga under siege from rogue Muslim rebels opposed to peace talks have ordered the "forced evacuation" of thousands of villagers as negotiations to end the standoff falter.

Up to 180 residents have reportedly been taken hostage and are currently being used as "human shields" to prevent a full-on military assault.

The number of displaced has swollen to more than 16,000 people, currently housed in 13 evacuation centres in the city, including in the main sports complex where many slept on the ground, the Philippines Department of Social Welfare and Development reported, as a momentary lull in violence allowed trapped residents to flee. The International Committee of the Red Cross, UN humanitarian agencies and the US government have rushed aid to the those in need.

“I urge all parties involved to respect and protect the rights of the civilian population, provide special attention to women and children, and avoid unnecessary human suffering by reaching agreement to end the standoff,” Luiza Carvalho, the Humanitarian Coordinator, said on 13 September.

According to the UN Office for the Coordination of Humanitarian Affairs (OCHA), an estimated 136,000 people have been affected by the violence. A curfew is in place from 8pm to 5am.

All schools and almost all shops are closed, with only essential government offices open. The government and humanitarian partners have provided food packs, tents and non-food items and a mobile storage unit. An emergency hospital facility was established by the government for the displaced. An unknown number of people also remain trapped in affected coastal villages, unable to reach evacuation centres in the city.

A father and his son look to the camera at the Notre Dame Dulawan evacuation centre in Datu Piang. More than 250,000 internally displaced people (IDPs) have yet to return home after prolonged fighting between government forces and the separatist Moro Isla 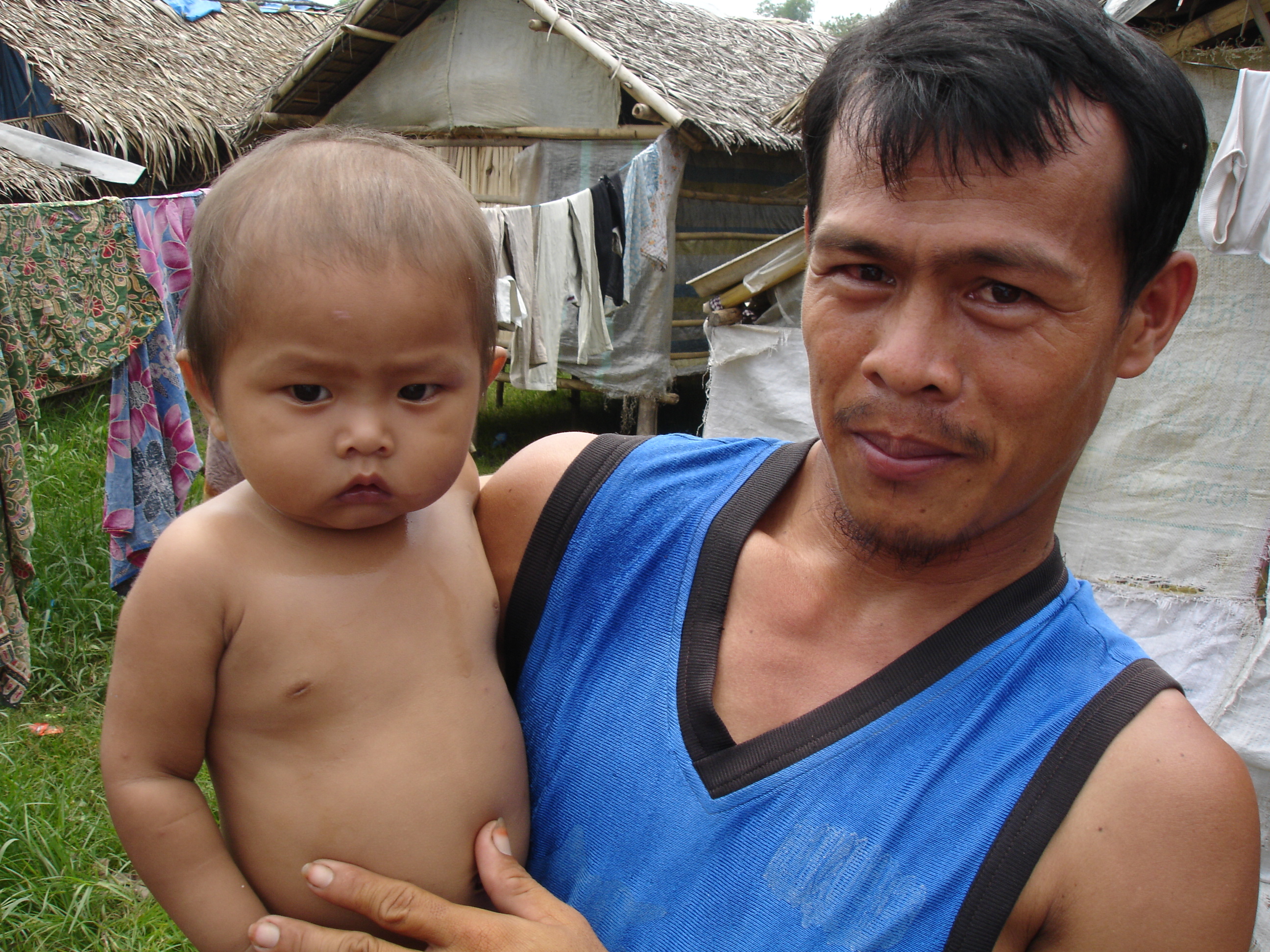 Hundreds of elite Philippine troops have been closing in on the gunmen, and sporadic clashes punctuated by powerful explosions from rebel mortar fire reverberate for miles around the city.

"Negotiations have been conducted by the Crisis Management Committee for the safe release of hostages and to end the armed conflict between the breakaway MNLF group of Nur Misuari and the government forces," according to a resolution, passed by the city government and signed by mayor Maria Isabelle Climaco-Salazar, ordering the forced evacuations.

"After a series of negotiations with the breakaway MNLF group of Nur Misuari, the peaceful means to end the hostage crisis and armed conflict failed," it said.

MNLF forces on nearby Basilan Island, across the sea strait from Zamboanga, also attacked government targets there in a bid to divert military attention. They were backed by two other Muslim militant groups, underscoring the volatility of the southern region, where decades of Islamic insurgency has left many parts vulnerable.

Aquino assured the public that the "overwhelming" presence of troops in Zamboanga would be able to contain the fighting in only the affected villages and that normalcy would resume soon.

"We want to make sure that there is no unnecessary loss of lives," he said. "Preservation of life is the paramount mission."

He also hinted that the government wanted to exhaust all peaceful means to end the crisis, even as he said a calibrated military response was in place from day one.

Misuari founded MNLF in the early 1970s to fight for an independent Islamic state in the south, which Muslims consider their ancestral home. The long-running insurgency has led to a proliferation of other armed gangs and a black market of unlicensed guns that contribute to the region’s instability.

Misuari dropped his independence bid and signed a deal with the government in 1996 for the creation of a Muslim autonomous region, where he was subsequently made governor. But Manila later dubbed the region a "failed experiment" and said millions of dollars in development aid had been lost to corruption.

An estimated 150,000 people have died in one of the region's longest-running insurgencies, which has left the southern mineral-rich island mired in poverty.