The Philippine government has agreed to give sweeping fiscal powers to Muslim rebels on the island of Mindanao in a bid to end the country’s decades-long insurgency.

While there is no data on resources in the Bangsamoro area, official statistics show Mindanao Island contains a large portion of the country's estimated US$800 billion in gold, copper and other mineral deposits.

Manila's chief negotiator in the talks, Miriam Coronel-Ferrer, said the overriding consideration in achieving the deal was for economic activity to gradually take root in the south, where the four-year insurgency has left tens of thousands dead and led to mass displacements. 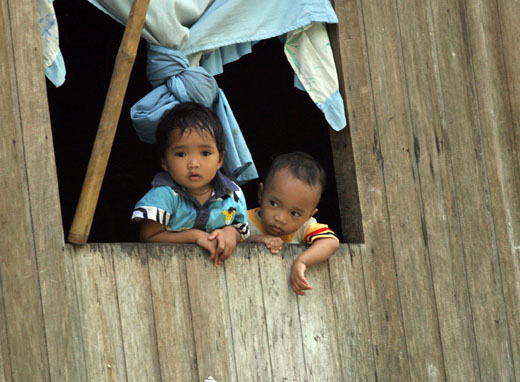 "The whole idea with the total package that we have come up with is to provide for sources of revenues in the hope that these resources and revenues will increase over time as peace and development prevail in the region," she said. "They can become less dependent and they can stand on their own."

They have been carrying out periodic attacks ever since, including one that left eight dead before the last round of negotiations started.

"God willing, we will be able to move forward and finally give peace to the next generation of Muslims so they won't have to suffer more bloodshed," he said. "We have spent a lot of capital on these talks, so you can say we are definitely committed to ending this peacefully."

According to the Internal Displacement Monitoring Centre (IDMC), a project backed by the Norwegian Refugee Council, the Philippines has made significant progress towards the peaceful settlement of long-standing conflicts, but has yet to put an end to displacement. In 2012, at least 178,000 people fled clashes between government forces and non-state armed groups, and clan violence affecting mainly Muslim-majority areas in Mindanao.

At least 1,200 people displaced by armed conflict, clan violence and crime remain in government-recognized camps and relocation sites, the IDMC reported in April 2013. It is estimated that nearly two million people (1,993,000) were displaced in Mindanao during 2012, with natural disasters accounting for 91 percent of all displacements.