‘Tara bandu’, a traditional form of conflict resolution, can play a bigger role in mitigating conflict in Timor-Leste at the community level, local leaders and experts say.

Timor-Leste, home to 1.1 million people, was a former Portuguese colony before it was occupied by Indonesia; it achieved independence only 11 years ago.

“When conflict is monitored at [the] community level and causes [are] addressed at these early stages, it can prevent an escalation of small issues into more widespread violence, such as the 2006 riots,” Sarah Dewhurst, an advisor from the local NGO Belun told IRIN. Belun is working with Columbia University’s Center for International Conflict Resolution on conflict prevention in the country.

In 2006, the nation experienced widespread riots and conflict due to dissent within the army, which resulted in military intervention. More than 100,000 people were displaced following violence between gangs, rival martial arts groups, the police and the army, many of whom sought protection in makeshift camps.

Localized disputes and conflicts over land and resources continue to this day.

Recent monitoring through Belun’s Early Response (EWER) programme - established to prevent an escalation of violence at the national and community levels - reveals local and international organizations are increasingly supporting tara bandu to address sources of conflict within the community.

With the UN Peacekeeping Mission in Timor-Leste (UNMIT) gone - it departed in December 2012, experts are saying early monitoring of conflict drivers at the community level can play a significant role in securing peace and stability, allowing for EWER system research and advocacy for government-led policy reform or locally-driven conflict prevention activities, Dewhurst said.

The early response system is comprised of a network of more than 100 participants in 43 sub-districts. It was gradually rolled out between 2009 and 2012, and aims to scale up to reach all 65 sub-districts in the country. 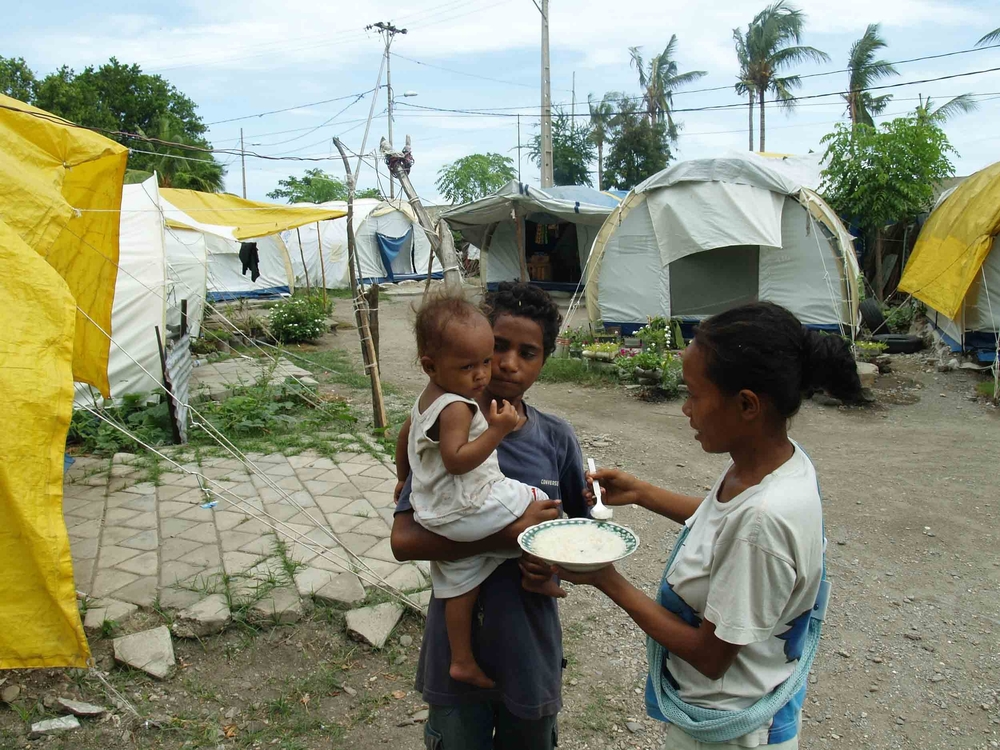 Communities are keen to promote tara bandu, as well as to establish community dialogues and seminars.

Residents see tara bandu as a public form of community consultation, which is particularly important in addressing civil conflict cases; crime cases are not addressed under the practice.

At a tara bandu ceremony, villagers will typically come together for dance, prayer, speeches and the sacrifice of an animal, followed by a communal pledge to stop using violence or to stop occupying others’ land, while at the same time agreeing to a penalty to be paid for the dispute. The penalty might include money, animals or materials. Passed on by elders, tara bandu is common in Timor-Leste, but varies between communities and has never been incorporated into the formal legal system.

The ceremonies are already paying dividends, with marked improvement in the resolution of conflicts caused by land disputes, natural resource management, family arguments and alcohol-fuelled violence.

According to EWER, there has been a decrease in the number of violent incidences reported by the early warning system in 2013, with 43, 45 and 38 incidents reported in February, March and April, respectively. This compares to 72 incidents per month on average in 2012.

On 24 May, Timor-Leste President Taur Matan Ruak discussed in parliament the possibility of incorporating these cultural resolution practices into the formal legal system.

“Tara bandu allows resolution to take place with the family in the ‘suco’ [an area within a sub-district]. Sometimes families do not want to involve the police if it’s not a huge problem; tara bandu provides this option,” said José Smith, the sub-district administrator in Vera Cruz, within the capital, Dili.

Fernando Da Costa, a programme coordinator at Belun, said communities prefer a traditional justice approach as it can be faster in resolving their problems.

Still, some cases must be referred to the courts, including incidents of domestic violence, which was officially criminalized in 2010.

José Belo, head of crisis prevention and recovery unit at the UN Development Programme (UNDP) in Timor-Leste, believes traditional practices play an “important role in communities” but they are not a solution for all.

“Tara bandu is one tool that can be used by communities, but it’s not a stand-alone means to respond to conflict. We work with the Ministry of Social Solidarity to build dialogue and mediation processes within the community and train community leaders; it’s important to combine both modern and traditional mechanisms when working towards conflict resolution,” Belo said.