The Middle East continued to boil in Year 2 of what was once an Arab “Spring” with the ever-worsening conflict in Syria, toxic spillover into Lebanon, deadly clashes in Egypt, proliferation of weapons in Libya, assassinations and bomb blasts in Yemen, emboldened insurgents in Iraq and continued protests in Jordan.

While much of the world has been consumed by quickly changing political and security developments in the region, longer-term humanitarian issues have also been simmering under the surface - and sometimes in plain - but neglected - view.

Here are 10 of the main issues IRIN highlighted this year:

Syria’s refugee crisis: The number of Syrians registered as refugees in neighbourhing countries skyrocketed from 10,000 at the beginning of the year, to half a million today, despite some borders being less than open. The UN has launched appeal after appeal to help the refugees living in basic conditions in Jordan, Lebanon, Turkey, even Iraq, and increasingly Egypt, but funding has consistently been insufficient to meet the rising needs - largely due to politics and donor fears. In the meantime, refugees have been vulnerable to harsh winters, labour exploitation; child work; early marriage and political tensions.

The humanitarian toll in Syria: Syria has made the headlines daily in the past year, but most news reports have focused on rebel advances or diplomatic efforts to end the nearly two-year conflict. Meanwhile, the quality of daily life inside the country has spiralled downwards - and fast. In early 2012, alarm bells rang over food security; by year end, even in the capital Damascus people were having a hard time finding bread. Farmers have been especially hard-hit. At least two million people are now internally displaced, and the problem was exacerbated in July when fighting hit Damascus. Winter has brought a whole new series of challenges for the displaced. Healthcare is hard to access. Many people forget that Syria was home to more than 1.5 million refugees - mostly Palestinians and Iraqis - who have become more vulnerable because of the crisis. With millions of people affected, the aid operation has struggled to keep up with the quick increase in needs because of insecurity, a lack of funding, drawn-out initial negotiations with the government over access, and questions around the capacity and impartiality of the major player in the response, the Syrian Arab Red Crescent. The result is a new kind of humanitarianism - through local activists and illegal cross-border aid, which has raised some eyebrows in the aid community.

Regional spillover: The Syrian crisis took on regional implications this year, as Lebanese sects with Syrian alliances shot at each other; Kurds in Turkey, Iraq and Syria sought a piece of the pie; and Syrian shells hit southern Turkey. The US military even sent troops to Jordan to prepare for a possible widening of the conflict. The Iraqi government says the conflict in Syria has emboldened insurgents at home; increased the flow of weapons across the border; and heightened sectarian tensions. Some analysts have predicted a Sunni-Shia war that would draw in Iran, Turkey, Lebanon, armed groups in the occupied Palestinian territory and engulf the entire region.

A forgotten crisis in Yemen: Meanwhile, the poorest country in the Arab world slid further into crisis this year. A crumbling economy has driven more and more people to the point of desperation. If they were not already, the numbers are now staggering: The UN estimates that more than 13 million people - over half the population of 24 million - need humanitarian assistance. More than 10 million people do not have secure access to food; 13 million do not have access to safe water and sanitation; and nearly one million children are acutely malnourished. After Arab Spring protests in 2011, a new government was born in 2012, ending the 22-year-rule of Ali Abdullah Saleh, but many complain of little change in Yemen. The new government has faced innumerable challenges in its first year, including the demands of minority groups, lingering corruption, and political divisions, as remnants of the old regime try to cling to power.

These more recent challenges add to Yemen’s long-standing threats: Houthi rebels in the north, al-Qaeda-linked militants in the south and a southern secessionist movement. Despite these deterrents, 2012 saw record numbers of refugees and migrants head to Yemen, where - rather than refuge - they often found more trouble.

Sectarian clashes in the north and military operations in the south brought the number of internally displaced people to nearly half a million. The government declared in June that it had rooted out militants who had taken control of parts of the south, but people have struggled to return to their homes due to landmines, limited basic services, including health care, and continued insecurity. Access for aid workers to former conflict areas has increased, but funding is not yet fully secured. Yemen is in desperate need of immediate assistance to avoid becoming the next Somalia.

Continued violence in Iraq: Iraq slipped out of the headlines as the US pulled out its troops at the end of 2011, ending a nearly nine-year occupation. But 2012 was no less violent for civilians. A surge of violence in January, in the weeks after the withdrawal, had many Iraqis reconsidering their options. Insurgent dynamics have changed post-withdrawal; Shia groups have become less active, while Sunni groups appear to have resurged, with several high-profile coordinated bombings across the country throughout the year. But the main driver of violence continues to be dysfunctional and polarized politics. The situation is likely to get worse in the lead-up to elections in 2013 and 2014, and as the situation in neighbouring Syria deteriorates further. Hundreds of thousands of people remain displaced by the war, and tens of thousands of Iraqi refugees returning from Syria could further destabilize the country.

The stalling of Libya’s transition: Libya held its first democratic elections since the ousting of former leader Muammar Gaddafi, but a power struggle between Libya’s budding new government and a web of revolution-era militias continued to plague Libya’s transition to stability after the toppling of Gaddafi in late 2011. Tens of thousands of Libyans remained displaced months after the fighting ended, afraid to return home because of lingering ethnic tensions. Clashes in southern tribal areas rocked the country in the early months of the year; and many minorities were unsure if the revolution would finally bring them more rights. Libya’s policy towards migrants, who were violently targeted in the months following the revolution, remained harsh. Many of them, along with Libyan refugees and failed asylum seekers, are still stranded on the Egyptian border. 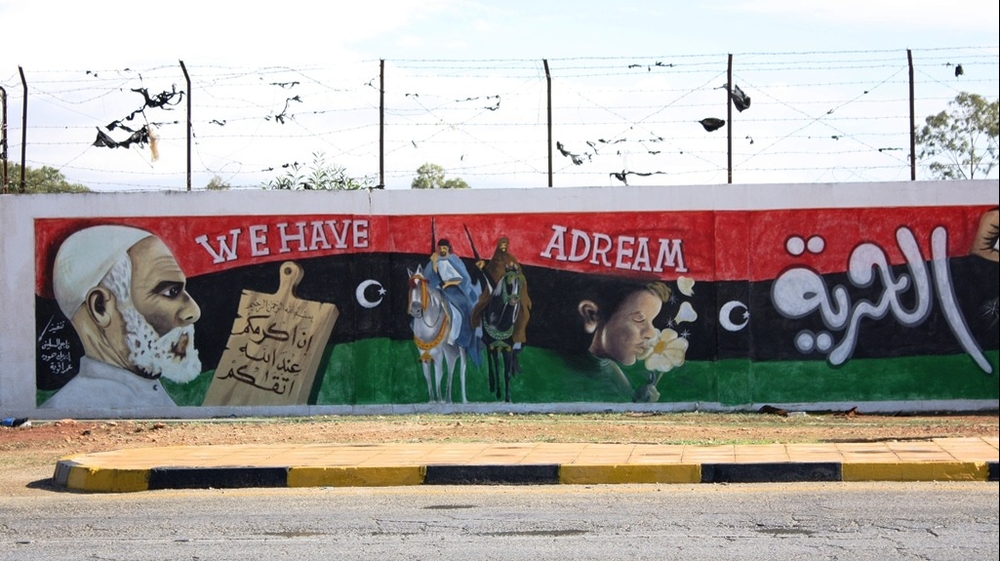 The price of Egypt’s revolution: It has been another gripping year in Egyptian politics, as debate and controversy surrounded the withdrawal from power of the ruling military council; the election of a new president, the disbanding of parliament, and the drafting of a new constitution. Increased polarization within Egyptian society led once more to a series of fatal clashes on the streets throughout the year. The political turmoil has prevented the much-hoped-for economic revival, with foreign currency reserves dropping by more than half, unemployment rising, poverty increasing, and the budget deficit at US$27.5 billion and growing. The poor have been the hardest hit. In the short term, the revolution has yet to bring tangible gains; on the contrary, it has led to fears of rising malnutrition; fuel shortages; child abductions; and a rise in religious extremism. The new constitution was passed in a referendum at the end of the year, but opposition remains high. Next year is likely to be as unpredictable as the past two.

Never-ending challenges for Palestinians: Changes in Egyptian politics raised hopes in the Gaza Strip that a five-year blockade by Egypt and Israel would be eased. (New Egyptian President Mohamed Morsi’s Muslim Brotherhood movement is close to the Islamist rulers of Gaza, Hamas). But significant changes have yet to take effect, with Gazans continuing to depend on underground tunnels to smuggle in supplies. This has left Palestinians continuing to face food insecurity, an aid-dependent economy, and Israeli settlement expansions in the West Bank. This year, Gaza had the added misery of a severe fuel shortage and related energy crisis, with the UN predicting in August that Gaza could be uninhabitable by 2016. It was in this context that in November, Israel launched (with the stated aim of halting rocket-fire from Gaza into Israel) large-scale air attacks which killed dozens of civilians, displaced thousands of others, and left communities on both sides of the border reeling. The legacy of the eight-day military operation is still not clear; at the end of December, Israeli officials said they would start allowing construction materials to enter Gaza daily via the Kerem Shalom crossing. Despite the high needs, aid agencies have traditionally struggled to provide aid amid tight Israeli restrictions; but this year, aid agencies in oPt began resisting the status quo.

Migrants in Israel: Throughout 2012, Israel hardened its stance towards migrants. In January, it introduced a new law designed to stop what it calls “infiltrators” and by spring, public opinion had significantly shifted against migrants, leading to attacks involving Molotov cocktails, mob beatings and police crackdowns. In April, Israel began deporting South Sudanese asylum seekers who previously had protected status in Israel.

The coordination of humanitarian aid: When Valerie Amos became UN under-secretary general for humanitarian affairs in 2010, one of her priorities was to increase partnerships between the UN and other players in the field. After years of mistrust between the mainstream humanitarian system and aid agencies in the Arab and Muslim worlds, the UN Office for Coordination of Humanitarian Affairs (OCHA) in 2012 signed memorandums of understanding with Qatar and Kuwait. OCHA’s liaison office in the Gulf has set up a new web portal as a link between Gulf donors and the UN, and Gulf countries are moving towards increased coordination in aid and emergency preparedness among themselves. Aid agencies in the Muslim world are also trying to make better use of the billions of dollars given in alms and charity every year.