US President Barack Obama's policy document on the Lord's Resistance Army presented a blunt critique of the efforts to tackle the Ugandan rebel group, but some argue it contained little practical help to those trying to apprehend the group’s leaders.

“This is a conflict that everyone says they want to end, but nobody seems able to,” Chris Dolan, author of Social Torture: the case of northern Uganda, said recently in Kampala.

In November, Obama offered a fresh plan to defeat the LRA, which was formed in northern Uganda in the late 1980s but has since spread to Southern Sudan, the Democratic Republic of Congo (DRC) and Central African Republic (CAR).

Obama’s plan noted the importance of protecting civilians still vulnerable to LRA attacks. For many, the most contentious plank of his proposal was the call to “apprehend or remove from the battlefield [LRA chief] Joseph Kony and his senior commanders”, three of the world’s most elusive war criminals, all wanted by the International Criminal Court.

Obama’s policy document notably avoided any mention of reviving peace talks with Kony, an omission that irked some, but was consistent with the emerging consensus that Kony has no intention of signing a deal.

Some of the Ugandan troops trawling the central African forest for the LRA agreed that Kony must be stopped militarily, not through dialogue, but apprehending him remains difficult.

“You can be following a group of three or four LRA, who you think are wearing shoes. Then, they remove their shoes and walk for some kilometres,” said Ugandan Colonel Stefano Mugerwa, overall commander for the LRA hunt in DRC.

“Meanwhile, they have separated and agreed to meet at some other place,” he added, describing the challenges of tracking a highly nimble enemy across a vast area.

Mugerwa, speaking at a military outpost in Sakure, on the border between Southern Sudan and DRC, said the LRA had developed a range of effective evasion tactics, including changing clothes to blend in with the local population.

In Southern Sudan, DRC and CAR, where Uganda has deployed with the permission of the respective governments, soldiers pursuing the LRA are also burdened by exhausting terrain.

Shortly after sunrise in a dense patch of jungle in DRC, a Ugandan squad received instructions to head straight, bearing to a point roughly 6km away.

The directive meant the soldiers should not follow previously carved paths, but proceed in a straight line, which, in practice, forced the them into swamps, hacking through the forest with machetes and even scale a rock-faced incline.

The trek took six hours and highlighted that even on the rare occasions when Uganda has urgent intelligence about LRA movements, reaching their target quickly is often impossible.

Although Uganda officially operates alongside the other regional armies, they receive limited help, especially as Southern Sudan is focused on the referendum this week (from 9 January).

“There is no LRA. I cannot see them, and I cannot comment about what I cannot see,” Col. William Deng said at the South Sudanese People’s Liberation Army battalion headquarters in Yambio.

And, as Obama said, the much-maligned DRC army is “weak and a threat to [its own] population”.

Given the difficulties of finding LRA fighters, particularly senior commanders who travel under heavy protection, the US suggested Uganda and its partners promote defection among LRA rank-and-file fighters.

Ugandan troops distribute fliers along popular rebel tracks depicting former LRA troops next to a testimonial – written in English, Acholi, Lingala and Kiswahili – where rescued fighters say they have resettled at home without punishment.

Promoting defections, however, has also been challenging.

“There is fear. There is indoctrination, and of course, there are hard-core criminals,” said Major Fred Mwesigye, chief administrator at Sakure.

Mwesigye explained that LRA commanders immediately send newly abducted recruits to a place far from their homes to discourage defections, and those who escape often face reprisal attacks from civilians if they are identified as LRA.

Given, as Obama noted, that “there is no purely military solution to the LRA threat”, some argue renewed negotiations are essential to halt the group’s atrocities, which intensified dramatically after the military operations began in December 2008, following the collapse of peace talks that started in July 2006. 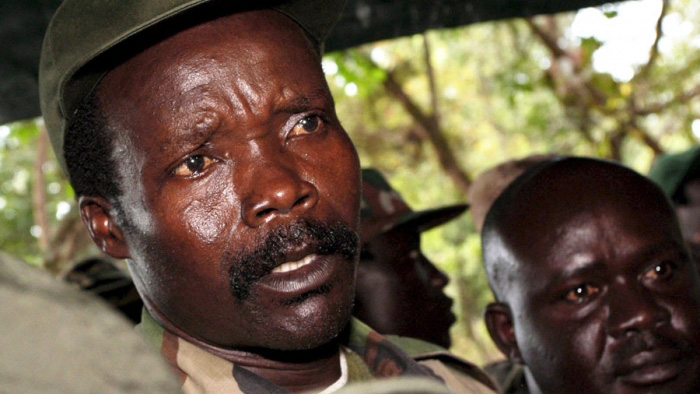 Wilson Hassan Peni, paramount chief of Southern Sudan’s Zande group, a group preyed on by the LRA for the past two years, opposes peace talks but said after the Obama plan was released, he was called to a meeting in Entebbe where various Ugandan cultural leaders complained to American representatives about Obama’s discounting of dialogue.

“The Acholi leaders told the American government not to disarm the LRA, that we need a peaceful solution,” Peni said at his Yambio office.

Acholi leaders have for years pushed for dialogue with Kony, and blame the collapse of the 2006-2008 Juba-hosted talks on the ICC warrants. However, the court’s chief prosecutor, Luis Moreno Ocampo, in a June 2010 visit to Kampala, said the idea the Kony would sign a deal and leave the bush was “a fantasy”, and many others agree.

“Peace talks with Kony? Never!” proclaimed Father Ignacios Henga, of the Catholic Church in Yambio, where many LRA victims have sought care.

Sister Giovanna Calabria, an Italian nun who runs a humanitarian mission in Nzara, suggested it was pointless to negotiate with someone who “has a distorted mind. I don’t believe Kony is eager to [sign a deal]. What he is doing is not normal. Covering someone with palm oil and setting them on fire? You cannot do these things.”