Efforts to upgrade one of the largest slums in Africa remain in limbo because of legal action, leaving hundreds of families wondering when they will be able to quit their “temporary” apartments.

A court case has been brought by about a dozen people who claim ownership of structures in Soweto East, a “village” in Nairobi’s sprawling Kibera that has been earmarked for improvement.

Seven years after the official launch of the Kenya Slum Upgrading Project (KENSUP), a partnership between the Kenyan government and the UN Human Settlements Programme (UN-HABITAT), and months after Soweto East residents were “decanted” to flats a couple of kilometres away, demolition of the village, one of 13 in Kibera, has yet to start.

"The timeframe of how long is currently unpredictable," she added.

According to several Kibera residents, the relocation process was marred by bribery. This allegedly allowed some 200 outsiders to be given flats at the decanting site.

Another said she was not decanted for lack of money to pay bribes.

"One of the officials came to my house three times asking me to pay him Ksh6,000 so that I could get allocated, but I refused to pay. Not that I had the money anyway," the resident said.

"The fraud did not begin with the movement to the new site, it goes way back to the enumeration period. Some officials made copies of the ID cards of genuine Kibera residents and superimposed the photos of those who had bribed them. After all, it was copies of the ID that [were] needed, not the original, during enumeration."

The new blocks of flats built for Kibera residents under the Kenya Slum-Upgrading Programme. Kibera is in the background 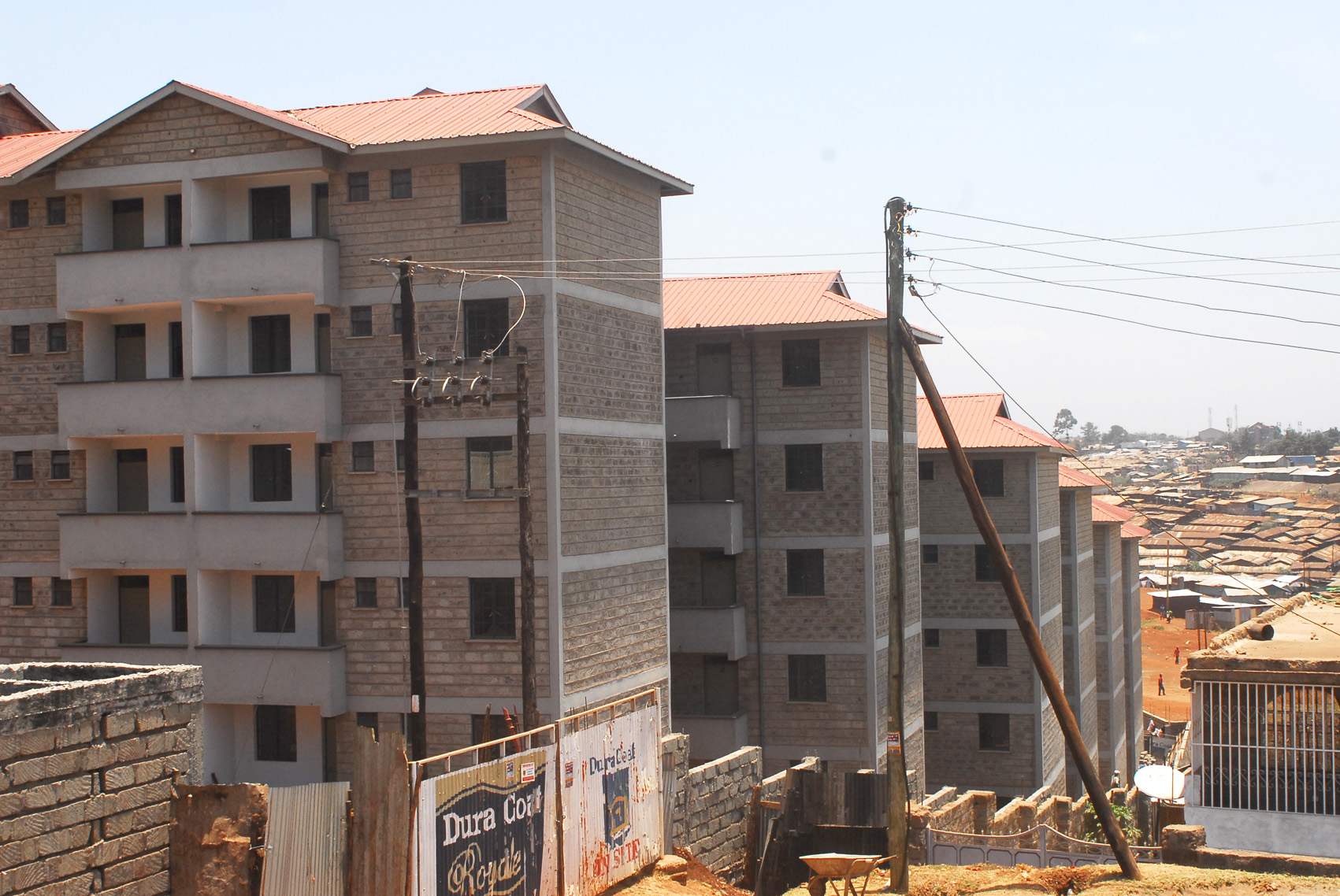 However, Patrick Munyayo, the organizing secretary of the Kibera Settlement Executive Committee, which works with KENSUP, denied these claims, insisting all Soweto East residents, "who often know everyone else in the village", took part in the enumeration process.

And the Ministry of Housing’s Muraguri told IRIN much was done to verify the bona fides of those given space in the decanting sites.

In response to complaints that some of the flats now housed more than a single family, the official said: “From the onset, the units were supposed to be shared and allocation was done based on preference of number of units allotted and their affordability as well. Several families are sharing a house that they needed and so could afford.

"It is important to note that the amenities provided for the residents at the decanting site are good and far better than the standards of Kibera's Soweto East where they came from. The rooms were designed as three-roomed units with shared common facilities, which are the toilet and kitchen,” she said.