While Iraq’s Kurds may vote to become independent in 10 days time, officials in the neighbouring Kurdish-run Democratic Federation of Northern Syria promise they have no intention to secede, even if they could.

Change is nonetheless afoot. The expanding Kurdish enclave, controlled mainly by the Democratic Union Party (PYD), has been operating for some time as an autonomous quasi-state in the middle of a country at war.

The PYD is inspired by the writings of Abdullah “Apo” Öcalan, the imprisoned leader of the Kurdistan Workers’ Party, which has been fighting for greater autonomy and/or a Kurdish state in Turkey for almost four decades. 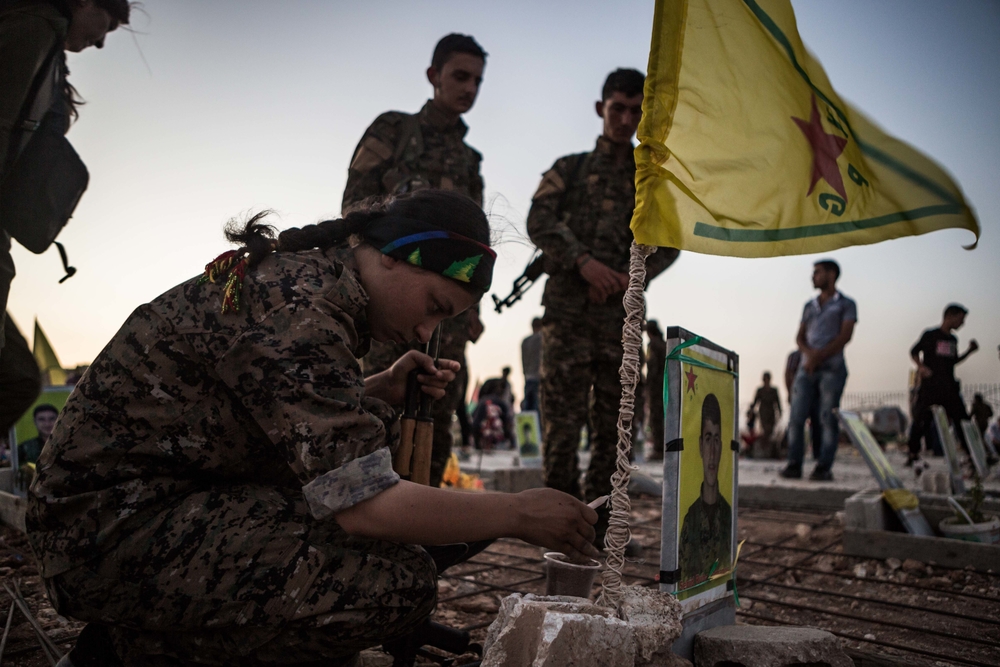 The Syrian Democratic Forces (SDF), the PYD’s multi-ethnic military umbrella organisation – which includes the mainly Kurdish People's Protection Units (YPG) – are moving deeper into Arab-majority areas of Syria, not to mention launching an assault on so-called Islamic State-controlled Raqqa with US support.

But Kurds in northern Syria are not only at odds with Turkey, the Kurdistan Regional Government in Iraq, and much of the Syrian opposition: They themselves are divided.

The roots of division

Northern Syria (known as “Rojava” by Kurdish nationalists) declared a federal system in 2016 in three cantons – Afrin and Kobani in northern Aleppo province, and Jazira in Hassakeh.

Decision-making is largely in the hands of the PYD leadership, which enjoys a huge grassroots following. Many anti-PYD dissidents have been arrested or forced to leave the country – particularly members of the Kurdish National Council (ENKS), a collection of Kurdish political parties that oppose the PYD.

Parliamentarians have been appointed, not elected, while local elections were announced at such short notice that any serious contestation of PYD rule would have been impossible, especially given an ENKS boycott. A new round of elections for both local councils and seats in the highest law-making bodies are scheduled for the next few months.

The enmity between the two rivals has deepened over time, partly because of PYD conflicts with ENKS’s main allies, namely the Syrian opposition, KRG President Masoud Barzani, and his Kurdistan Democratic Party.

Rather than striving for utopia in the economic sphere as PYD ideology dictates, the Democratic Federation of Northern Syria has a struggle on its hand just to survive.

The lack of jobs, as well as forced conscription into local self-defence forces, has prompted many Kurds to flee the country, particularly young men and those with a higher education.

“Most of the young people, including myself, left Rojava for several reasons. One of these reasons was to avoid belonging to any military faction fighting on Syrian soil,” Xandî Cengo, a university graduate in his mid twenties from Qamishli near Syria’s northern border with Turkey, told IRIN.

Cengo made his way to the KRG last year, but has since followed the refugee trail to Europe.

Christians are also leaving en masse, in part because Muslims have been purchasing property from anyone leaving, turning previously all-Christian neighbourhoods into mixed ones.

There has also been an influx of people from other parts of Syria, and even Iraq. While some have come by choice, the majority are rural poor displaced by conflict who add to the region’s economic burden. 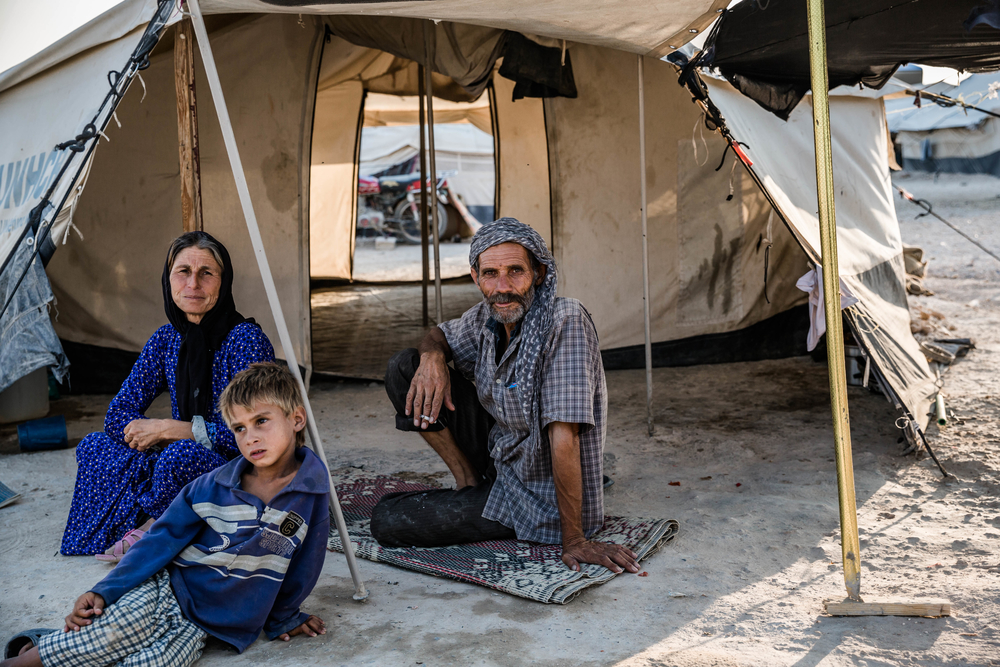 Andrea DiCenzo/IRIN
Syrians displaced from the fight against IS in Ain Issa camp, north of Raqqa

The UN estimates that more than 301,000 people have left their homes in the province of Raqqa alone, with many fleeing to Kurdish-controlled areas. Some 8,000 people have taken shelter at Ain Issa Camp, some 40 kilometres north of Raqqa in SDF-controlled territory.

Médecins Sans Frontières said earlier this week that in Ain Issa, “there are new arrivals every day”.

While the UN and other humanitarian organisations are active in these areas, the PYD says it’s not enough.

“Until now, the support we get from the side of the humanitarian organisations is very, very weak,” Sînam Mohamad, the PYD’s foreign representative for the federation, told IRIN. “We have thousands of people now in the camps and we are not able to give them what they need.”

Before the war, northern Syria was a major producer of wheat and cotton, and a significant extractor of oil and gas. These industries are plodding on, but getting both spare parts for the oil industry and enough water for irrigation has become problematic.

Finding routes to import goods, since north Syria produces very little, is a real challenge. The situation in the Afrin enclave is different, since some industries moved there from Aleppo city to escape fighting and looting.

Turkey keeps its border completely shut, while the KRG border is more or less closed as well, with some exceptions. Compounding this, both IS and Syrian rebels have long blocked PYD-controlled areas, although land links to areas controlled by the government of Bashar al-Assad have been established fairly recently with his army’s advances in the Aleppo countryside.

That said, northern Syria has never been hermetically sealed off from the rest of the country or its neighbours. Even before a proper land route existed, you could still find Afrin’s famous cold-pressed olive oil in the KRG capital of Erbil.

But the prices of non-local goods traded between warring parts of the country have skyrocketed in northern Syria, at the same time as salaries shrink and jobs vanish.

“When they buy something from our people, it will be at very low prices, and when they sell it in another place, the prices will be very high,” Mohamad explained. “They will be crossing a lot of checkpoints for different groups, and each group will get their taxes from them, until they reach the final destination.”

The PYD now faces a dilemma: Although the federation relies on US military protection for its continued existence, this relationship could at the same time prevent the development of a stable trade link with the Syrian government and its allies.

A seemingly clear outlet for trade would be via the borders with Iraqi Kurdistan. But Barzani’s KDP and the PYD have differences that stretch back decades, fuelled by both power rivalry and ideological divergences.

Iraqi Kurdistan has largely kept its border crossing with northern Syria at Semalka shut in past years. The PYD’s refusal to share power with ENKS is certainly one reason, but another is Barzani’s desire to remain on good terms with Turkey.

“(The Turkish authorities) are doing their best to put pressure on Mr Masoud Barzani of the KDP, to make them close the border and create obstacles for us,” said Mohamad. “It has been going on for many years.”

Weapons for the PYD did arrive directly from the KDP during a thaw in relations in 2014. And northern Syria has in the past exported crude oil to Iraqi Kurdistan – in turn importing refined oil products – but this trade appears, at least for now, to have been halted.

It’s not unthinkable that the two parties might work together again. Currently, the KRG economy relies on exporting oil via Turkey, from where it in turn imports pretty much everything. But Turkish President Recep Tayyip Erdoğan has spoken out strongly against the upcoming independence referendum. An end to the KRG-Turkey alliance, however unlikely, would be a game changer.

The future of Raqqa

Despite historically troubled relations and land disputes among all the communities residing in the area, the PYD has managed to prevent large-scale communal conflict in the federation: no minor achievement in the midst of a civil war.

Federation officials rarely miss an opportunity to state that their project is not only for Kurds, but for all ethnicities, although human rights groups, including Amnesty International, have accused the PYD of forced displacement and home demolitions targeted at mostly Arab and Turkmen residents accused of supporting IS. While the targeting does not appear to have been ethnically motivated, collective punishment has sometimes been utilised.*

“The system we are depending on, which is based on the co-existence of all the people living there, it is a very successful one,” insisted Mohamad. 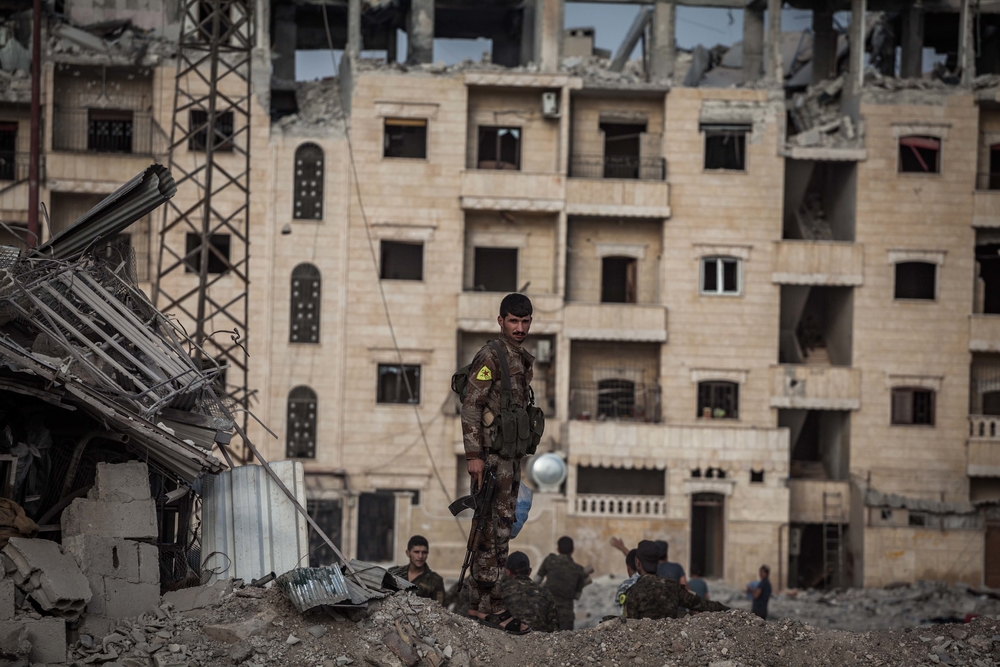 Until now, there have been enough local PYD supporters to establish and maintain control of Kurdish-majority areas, but as the territory under its control expands this may not always be the case – among the challenges the PYD will face is rebuilding cities, towns, and villages nearly demolished by war.

So what is the plan for Raqqa after it is liberated? “Just the same as what happened in Manbij,” replied Mohamad, referring to another Arab-majority town liberated by the SDF a year ago. “Now, the civilian council of Manbij is administrating their city by themselves, without interference from anybody else,” she said. “Raqqa also will be the same.”

One unexpected twist is that the PYD’s democratic ideals might stand a better chance of successful implementation in places where Kurds form a minority of the population.

“Because of the sensitivity of those mixed areas, civilians have more room to participate in government,” Îsa believes.

In Raqqa, which unlike Manbij is not needed for Kurdish territorial contiguity with Afrin, the real worry might not be the imposition of PYD rule, but rather the opposite: PYD disengagement.

After the battles end (whenever that is), local political conflicts and a power vacuum could leave a real danger of fresh violence spiralling out of control. 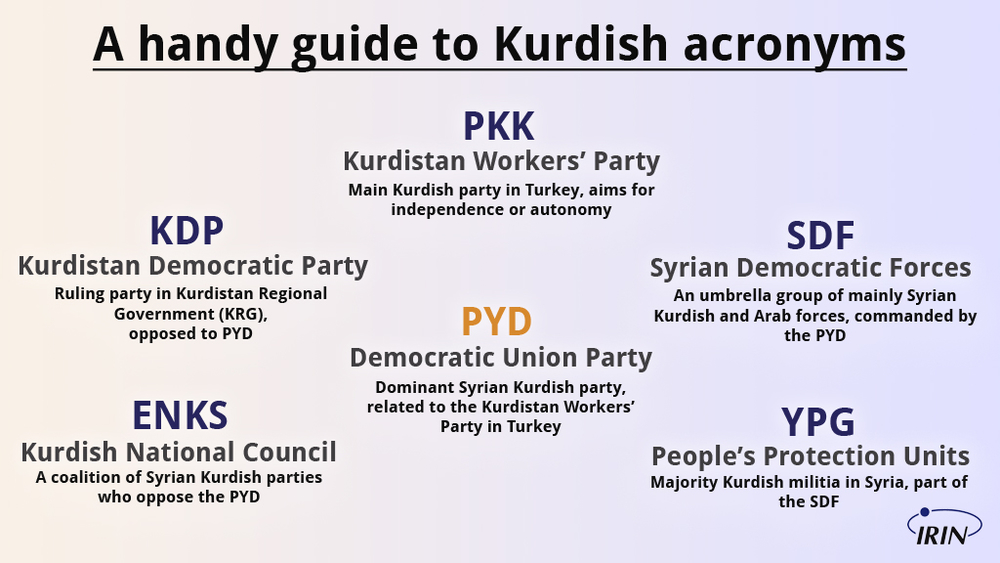 The case of Afrin

The most vulnerable part of northern Syria is undoubtedly the Afrin enclave, located in the far northwestern corner of the country.

Having survived most of the war without major fighting, the SDF then expanded from Afrin into IS- and rebel-held areas to the east in an attempt to link up with Kobani via Manbij. This bid was eventually thwarted by Turkey and allied Syrian rebels, who have recently stepped up attacks on the enclave – with frequent reports of cross-border shelling.

In contrast to other parts of northern Syria, there’s no US military present in Afrin, and the enclave has instead relied on Russia for support.

For a long time, federation officials pleaded with Russia to stop the Turkish attacks, and eventually Russian troops did move in to create a buffer zone. The immediate danger may have subsided, but Afrin remains one of the pieces that can be traded in the geopolitical chess game, and has little power to decide its own destiny in the longer term. The US has so far not been keen to get involved, and Afrin may at some point have to accept some level of Syrian government control – or lose its Russian protection.

But Afrin is just one (albeit high-profile) part of the Kurdish, and Syrian puzzle. Whether, or for how long, the Democratic Federation of Northern Syria can outlast the tumultous end to the Syrian conflict remains to be seen.

*This paragraph has been edited to clarify that targeting does not appear to have been ethnically motivated.