YANGON
The UN’s main human rights body is assembling a team to probe alleged atrocities against Myanmar’s Rohingya, even as the government appears set to deny investigators access to areas where crimes against humanity may have occurred.
While the resolution sponsored on 24 March by the European Union at the UN Human Rights Council called for “ensuring full accountability for the perpetrators and justice for victims”, Myanmar has no obligation to cooperate with the fact-finding mission and has strongly signalled that it won’t.
The Office of the High Commissioner for Human Rights has told IRIN it is putting together the team anyway.
“It is now up to the council president, Ambassador Joaquin Alexander Maza Martelli (El Salvador), to appoint members of the mission; this is expected to happen in the coming weeks,” Rolando Gomez, a spokesman for the Human Rights Council, said in an email.
In the meantime, letters to the Myanmar government are being prepared and a team of specialists – including experts in forensics and gender-based violence – will be assembled in Geneva to support the mission in establishing the facts and circumstances of alleged human rights violations by security forces in Rakhine State.
The resolution says the scope of the probe will include, but not be limited to, “arbitrary detention, torture and inhuman treatment, rape and other forms of sexual violence, extrajudicial, summary or arbitrary killings, enforced disappearance, forced displacement and unlawful destruction of property”.
“It is the hope of the Human Rights Council that the mission will be facilitated by the government of Myanmar through unfettered access to the affected areas,” Gomez said.
However, this sort of access seems highly unlikely.
At the Human Rights Council in Geneva, Myanmar “disassociated” itself from the resolution to create a fact-finding mission.
Three days later, on Armed Forces Day, Myanmar’s military chief, Min Aung Hlaing, gave a speech rejecting “political interference” and claiming that the Rohingya are illegal immigrants from Bangladesh. Myanmar’s civilian leader, Nobel laureate Aung San Suu Kyi, also rejected the UN decision, saying in a televised address: “It is not suitable for our country.”
Even if Aung San Suu Kyi agreed with the UN mission, there would be little she could do to facilitate it. The elected, civilian administration she leads has a tenuous relationship with the military, which enforced absolute rule over Myanmar for almost half a century before enacting reforms in 2011. The reforms allowed political freedom, but Aung San Suu Kyi has no power and limited influence over the military.
The Human Rights Council has no legal powers of enforcement and is in no position to punish Myanmar if it fails to cooperate.
Should the government and military deny access, the UN mission is expected to begin detailed investigations among the tens of thousands of Rohingya who fled across the border into Bangladesh after Myanmar’s military launched counter-insurgency operations late last year.
"If access is barred, the mission will try to reach witnesses wherever they are, including Bangladesh," said a UN source on condition of anonymity, as they were not authorised to speak to media on the subject.
Groups, including the Office of the UN High Commissioner for Human Rights, have already collected testimonies from Rohingya in Bangladesh, and OHCHR's February report suggested it was “very likely” that security forces committed crimes against humanity. The mission will consider that report and aims to use the specialised forensic and investigative tools of a team with experience in international law, military- and gender-based violence to ascertain the facts.
Myanmar has denied that atrocities took place during the counter-insurgency operations, but has prevented any outside scrutiny by sealing off the conflict zone in northern Rakhine State. Aid deliveries were also completely blocked for about two months, and the UN’s emergency aid coordination body, OCHA, said on Monday that humanitarian access is still “severely limited”. 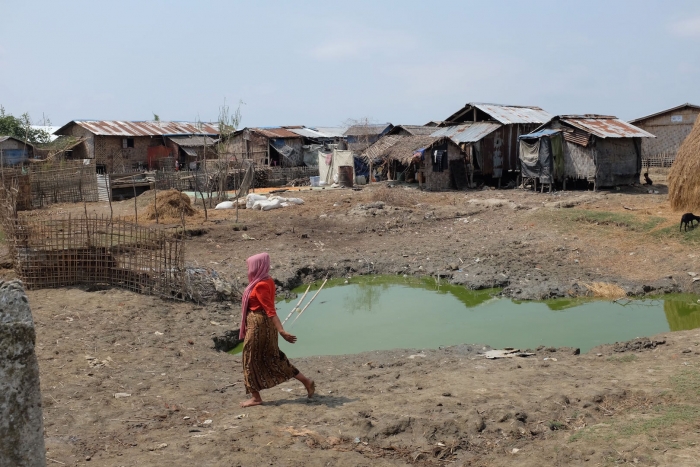 Sara Perria/IRIN
A camp in Pawktaw, Myanmar, for Rohingya displaced by violence in 2012

Rights advocates had hoped the Human Rights Council would instead approve a weightier Commission of Inquiry, which would have had a broader mandate and could have put greater pressure on Myanmar to accept it. The international community could lean on Myanmar to accept the weaker fact-finding mission, but there is no evidence of any serious attempt so far.
Myanmar’s two powerful neighbours, China and India, both “disassociated” themselves with the resolution. Indonesia has been outspoken about the crisis facing the Rohingya, but its embassy in Yangon told IRIN that – in rejecting the resolution – Myanmar’s government was acting “within the framework of upholding law as a sovereign country”.
European governments are insisting that Myanmar cooperate with the UN mission, but their language is hardly threatening – public statements stress the need to promote the country’s “democratic transition”.
Roland Kobia, EU ambassador to Myanmar, told IRIN the EU would “look forward to Myanmar's full cooperation with the fact-finding mission” and “confirmation of the country's cooperative approach with the international community”.
But there was no suggestion of any steps that might be taken to twist Aung San Suu Kyi’s arm or press the military into opening the door to the investigation team.
SEE: The denied oppression of Myanmar’s Rohingya people

Despite what could evolve into a diplomatic stand-off between the UN and Myanmar (if it continues to push back), analysts say the fact-finding mission may still serve a purpose.
Charles Petrie, a former UN resident coordinator in Myanmar and author of a landmark report on the failure of the UN to protect civilians during Sri Lanka’s civil war, admitted that the chances of investigators gaining access were “pretty slim”. But he told IRIN that the UN resolution could boost the prospects of Myanmar’s government implementing the recommendations made by an advisory commission on Rakhine.
That commission was appointed by Aung San Suu Kyi last August and is headed by former UN secretary-general Kofi Annan. The Geneva resolution should be seen in the context of Annan’s interim report released on 16 March, Petrie said, describing them as “closely linked”.
Annan’s panel recommended closing the displacement camps that have been holding some 100,000 people since violence erupted between ethnic Rohingya Muslim minority communities and the Buddhist ethnic Rakhine majority in 2012, killing hundreds. The vast majority of the victims were Rohingya.
The panel also said the government should launch a new citizenship process and allow freedom of movement. Aung San Suu Kyi’s administration quickly welcomed the proposals, in a sign, according to Petrie, that it is trying to “gain political capital from it”.
“So, right now, the best-case scenario is that they will focus on one [Annan] to try and defuse the other [Geneva],” said Petrie. “They will implement the recommendations of the Annan report as a means to deflect or reduce the significance of the human rights mission.” 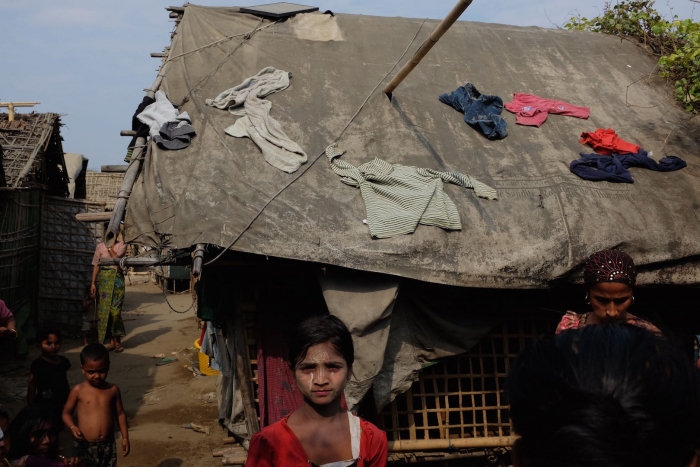 Sara Perria/IRIN
A camp near Sittwe, Myanmar, for Rohingya displaced by violence in 2012
Establishing citizenship is a crucial issue for the Rohingya, who number about one million people in Rakhine and are mostly denied freedom of movement and severely restricted in their access to jobs, healthcare, and education through an institutionalised policy of segregation.
This denial of rights and the 2012 violence led to the rise of militancy among some Rohingya, according to a report by the International Crisis Group. Rohingya insurgents calling themselves Harakah al-Yakin [Faith Movement in Arabic] struck first on 9 October, attacking police posts on the border with Bangladesh and killing nine officers. The attacks triggered the military’s crackdown, which rights groups say was brutal and targeted entire communities.
Despite its limitations – notably the likelihood that investigators will be barred from visiting crime scenes inside Myanmar – the fact-finding mission could also still play a useful legal role, according to Irene Pietropaoli, a Yangon-based human rights consultant.
Even if investigators are prevented from visiting areas inside Myanmar, they can collect evidence from witnesses and survivors of attacks who fled to Bangladesh.
“You are still going to have a United Nations report establishing what happened, which will in turn come useful in political and advocacy terms,” she said. “But also from a legal perspective, if a victim will want to seek justice, this will represent an important document.”
Although the mission cannot bring perpetrators of rights abuses to justice, its detailed findings, recommendations, and possible identification of offenders could lay important foundations for future action.
The process may hopefully also serve as a deterrent against future atrocities, Pietropaoli said.
sp/jf/ag
(TOP PHOTO: A Rohingya child whose hand was badly burnt during an attack on his village in Myanmar fled with his family to Bangladesh, where he is pictured in December 2016. CREDIT: Jared Ferrie/IRIN)
Share this article
Join the discussion