Read about what we achieved.
ADDIS ABABA

Ethiopia has never been an easy place to operate. But a six-month state of emergency, combined with internet and travel restrictions imposed in response to a wave of anti-government protests, means it just got a whole lot harder.

The government has targeted the mobile data connections that the majority of Ethiopians use to get online. Internet users have also been unable to access Facebook Messenger and Twitter, with a host of other services also rendered unreliable.

This has impacted everyone: from local businesses, to foreign embassies, to families, as well as the extensive and vital international aid community.

“Non-governmental organisations play crucial roles in developing countries, often with country offices in the capitals, satellite offices across remote regions, and parent organisations in foreign countries,” said Moses Karanja, an internet policy researcher at Strathmore University in Nairobi.  “They need access to the internet if their operations are to be efficiently coordinated.”

The Ethiopian government has been candid about the restrictions being in response to year-long anti-government protests in which hundreds of people have died.

It has singled out social media as a key factor in driving unrest. Since the beginning of October, there has been a spike in violence resulting in millions of dollars’ worth of damage to foreign-owned factories, government buildings and tourist lodges across Oromia Region, initially ground zero for the dissent.

“Mobile data will be permitted once the government assesses that it won’t threaten the implementation of the state of emergency,” government spokesman Getachew Reda – who has since been replaced – told a 26 October press conference in Addis Ababa. 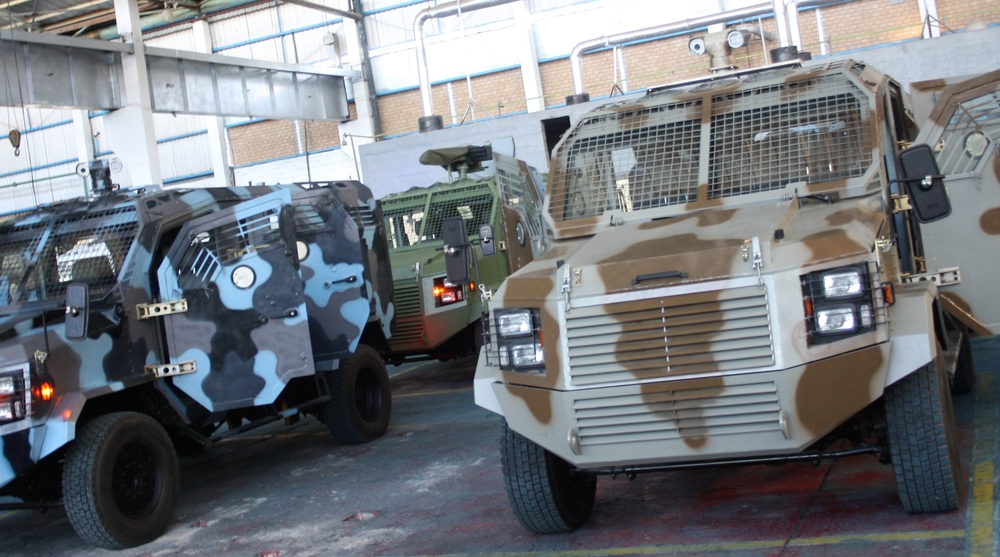 The Oromo are the country’s largest ethnic group, constituting 35 percent of the country’s nearly 100 million population. They have historically felt ignored by successive regimes in Addis Ababa. In August, similar grassroots protest broke out among the Amhara, Ethiopia’s second largest ethnic group. The ruling EPRDF is portrayed by opponents as a narrow, unrepresentative clique that refuses to share power.

Ethiopia is not alone in its approach to political unrest. Around the world, as countries become increasingly integrated with online technology, the more autocratic governments are blocking the internet whenever they deem it necessary.

“The trend appears to be growing because more people are going online and using the internet, often through the use of mobile connections,” said Deji Olukotun of Access Now, which campaigns for digital rights. In 2016, it documented 50 shutdowns, up from less than 20 in 2015.

“People are enjoying the freedom and opportunity that the internet provides, which enables them to organise themselves and advocate for what they want,” Olukotun told IRIN. “In response, governments are shutting down the net to stop this practice.”

An aid worker, who didn’t want to be identified as her agency needs to renew its government permit, explained how she relies on Skype to communicate with far-flung colleagues.

“Before, it was hard enough, but now Skype is even more unreliable,” she said. “People can’t connect with colleagues in the field; people miss invites to meetings, can’t arrange logistics.”

The squeeze comes at a particularly bad time for Ethiopia, beyond the impact of the protest movement. Ten million people are in need of food aid as a result of drought. The Oromia and Amhara regions, where most of the anti-government unrest is happening, have some of the largest numbers of people requiring assistance.

“Websites like the famine early warning system, FEWSNET, which provides detailed regional analysis and projections on food insecurity, cannot be accessed by most stakeholders,” said an international development official.

“Some modern software systems for things like pharmaceutical supply-chain management are not working to their full capacity – making it harder to accurately track inventory and deliveries.” 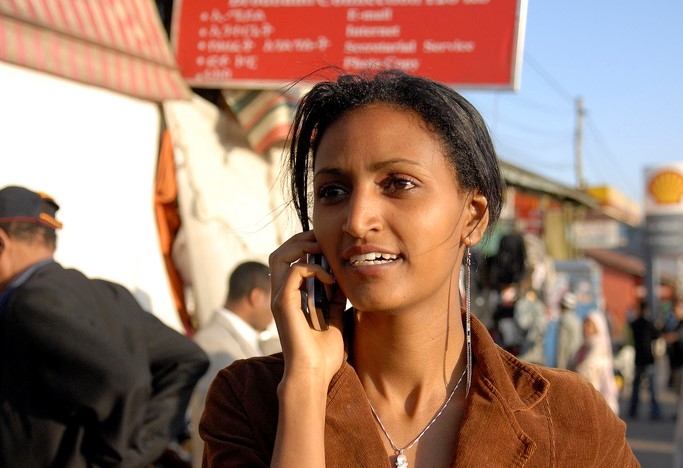 Andrew Heavens/Flickr
Careful what you say

Many humanitarian organisations, including UN agencies, are heavily reliant on cash transfers to government organisations that conduct work on their behalf. They are finding it much harder to account for funds.

Another aid worker, again speaking to IRIN on condition of anonymity due to the sensitivity of operating in Ethiopia, said everything was getting delayed, including the rolling out of new programmes.

“If we can’t email or phone, we can’t find out how money has been spent, and if we can’t account and there’s no transparency, we can’t authorise new spending,” the aid worker said.

The importance of social media to people’s lives in Ethiopia is magnified because they so distrust mainstream media, largely controlled by the EPRDF.

“Many Ethiopians are fed up with local and state media and so they turn to diaspora news,” said Lidetu Ayele, founder of the opposition Ethiopia Democratic Party. “The problem is, a lot of things they’d view as gossip if heard by mouth, when they read about it on social media, they take as fact.”

The worst disaster during Ethiopia’s protests occurred at the beginning of October. After police and protesters clashed at a traditional Oromo festival beside a holy lake, a stampede ensued that left about 100 people drowned or crushed to death.

Social media didn’t hang around. It pulsed with claims a circling government helicopter had fired down into panicking crowds.

“My brother was telling me on the phone he was about to protest, and asking me how I couldn’t after the government had done something like that,” an Addis Ababa resident, who is half Oromo and half Amhara, recalled about the days following the stampede. “But I said to him, ‘Don’t be an idiot, it isn’t true.’”

Witnesses and journalists at the event had confirmed that the circling helicopter was in fact innocently dropping leaflets saying “Happy Irreecha”, the name of the festival. 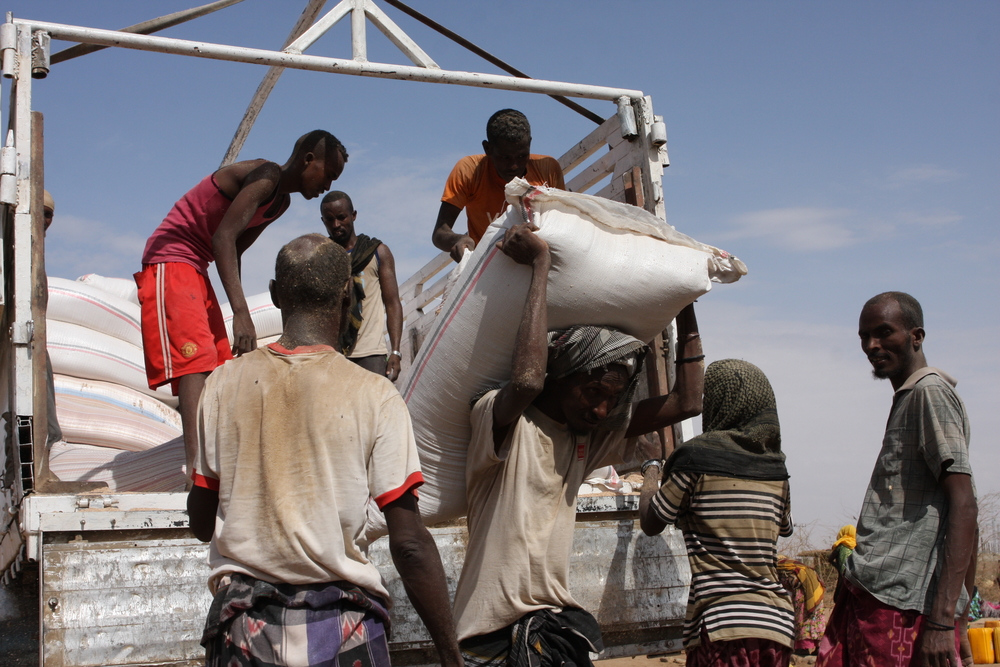 Even before the state of emergency, Ethiopia was one of the most censored countries in the world and a top jailer of journalists, according to the Committee to Protect Journalists.

Independent media does exist in Ethiopia, but it struggles. Last month, the Addis Standard, a well-respected private magazine, announced it was stopping its print edition due to the latest round of restrictions.

“The government has created this problem for themselves,” remarked a freelance Ethiopian journalist.

The Ethiopian diaspora in the United States maintains a strong cyber presence and is rallying to the political reform movement. Jawar Mohammed, a particularly prominent US-based social media activist, has 500,000 followers on Facebook, and broadcasts information and footage from protests demanding an end to EPRDF rule.

“The diaspora do amplify what’s happening, but it didn’t start with us,” Jawar said in an interview earlier in 2016.

Internet shutdowns between mid-2015 and mid-2016 have lost the Ethiopian economy about $9 million, according to a recent report by the US-based Center for Technology Innovation at the Brookings Institution.

“As internet-powered businesses and transactions continue to grow to represent an increasingly significant portion of global economic activity, the damage from connectivity disruptions will become more severe.”

Olukotun of Access Now said such blackouts were particularly damaging for developing countries “striving to embrace the digital economy and innovation”.

But for the ruling party in Ethiopia, a country that has known centralised authoritarian rule for millennia, the concept of ceding any of that control is anathema.

“Censoring the internet is not a solution to the protests or resistance,” said Karanja, the Kenyan researcher. “It is a blockage to the democratic trajectory of a country.”