Uganda’s announcement earlier this month that it plans to withdraw troops hunting the feared Lord’s Resistance Army has triggered alarm that it could encourage a resurgence in attacks and abductions by the notorious rebel group.

Uganda has 2,500 troops, backed by US special forces, hunting the LRA and its elusive leader Joseph Kony as part of an African Union Regional Task Force (AU-RTF) in Central African Republic. They have been on the trail of the remaining members of the group, hiding out in the region’s remotest areas, for five years.

The phased pullout of the Uganda People’s Defence Forces (UPDF), which is set to start from October and run to the end of the year, will deprive the task force of its largest and most effective contingent.

The task force is part of the AU’s Regional Cooperation Initiative for the Elimination of the Lord’s Resistance Army (RCI-LRA), which is supposed to include troops from South Sudan, the Democratic Republic of Congo, and CAR.

But it’s operational in name alone. The participation of the other countries has been extremely limited: there is no coherent vison of the mission, or chain of command; and the DRC does not allow Ugandan soldiers onto its soil.

“If the Ugandan government withdraws the UPDF contingent, the AU-RTF will be left without any troops capable enough of pursuing Kony and other top LRA leaders,” Paul Ronan, project director at the LRA Crisis Initiative, told IRIN.

“Unless a capable replacement for UPDF troops is found, civilians in eastern CAR will be left far more vulnerable to violence by the LRA.” 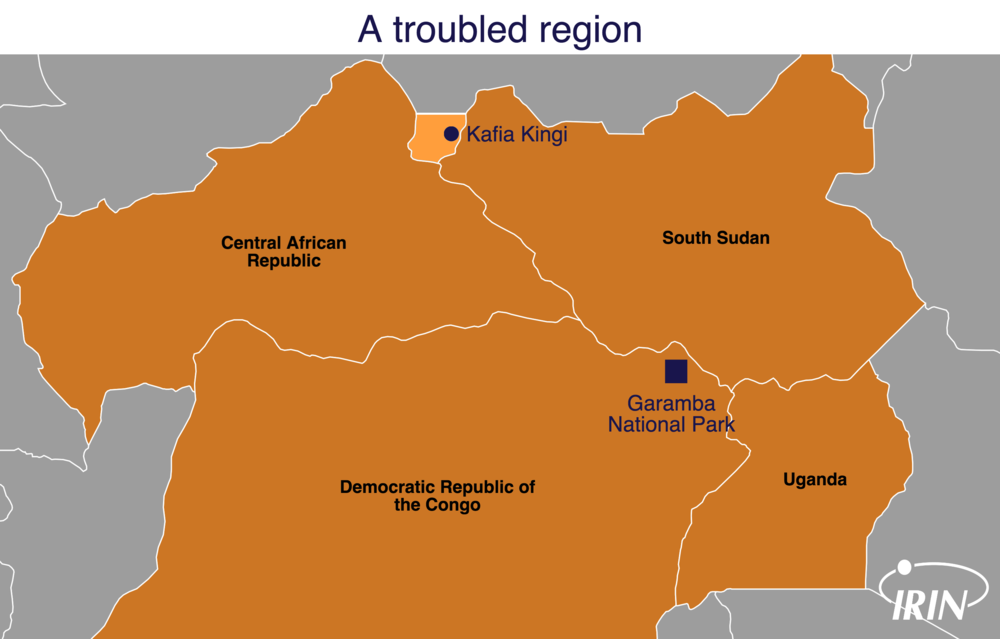 The rebel group, which terrorised northern Uganda from 1987 to 2006, is known for its brutal, retaliatory violence.

Uganda’s military spokesman, Lieutenant-Colonel Paddy Ankunda, complained that the UPDF had been left to virtually “single handedly” shoulder the burden of an operation starved of financial and logistical support from the AU and the wider international community.

The RTF is not the only regional operation under threat. Uganda is also reviewing its commitment to the AU mission in Somalia following a 6.2 percent cut in defence spending and a reduction in EU funding to AMISOM troops.

Out of the planned 5,000-strong task force launched in 2012, South Sudan and the DRC were supposed to provide 500 troops each and CAR 85. But they have either withdrawn or failed to deploy due to security and political challenges at home.

“I can’t comment on the commitment of other countries. What is true is that we are there [in CAR] alone,” Ankunda told IRIN.

The AU’s Peace and Security Council, which only recently extended the RCI-LRA mission for a further 12 months, has expressed “deep concern” over Uganda’s decision to withdraw, fearing a security vacuum. It has called on Uganda to reconsider its October drawdown.

“In our view, the LRA are greatly weakened and do not pose a direct threat to Uganda,” Ankunda insisted. But he did add: “We will also look at the AU’s request for us to stay longer and see whether there is merit in it.”

LRA on the march

There have been an additional 44 abductions in the DRC this year, where the UPDF cannot operate.

The Ugandan military believes that the LRA numbers just 200-300 armed men. They move in small, mobile bands between CAR and the Garamba National Park in the DRC, and in the Kafia Kingi enclave – a wedge of disputed territory between Sudan and South Sudan.

“Joseph Kony has found a safe haven along the border of northern CAR, South Darfur, and the Kafia Kingi enclave where counter-LRA troops have limited ability to operate,” said Ronan. “Other LRA groups have established camps in DR Congo.”

The LRA’s fragmentation, across a territory estimated at 184,000 square kilometres, makes it extremely hard for the UPDF and their US special forces partners to gather actionable intelligence.

“Key in the LRA’s recent resurgence is the instability in South Sudan, CAR, and the DRC, which has given the group a safe have to move about freely,” said Martin Ewi, a senior researcher at the Pretoria-based Institute for Security Studies. “Instability in the region also makes it difficult for the RTF to move around.” 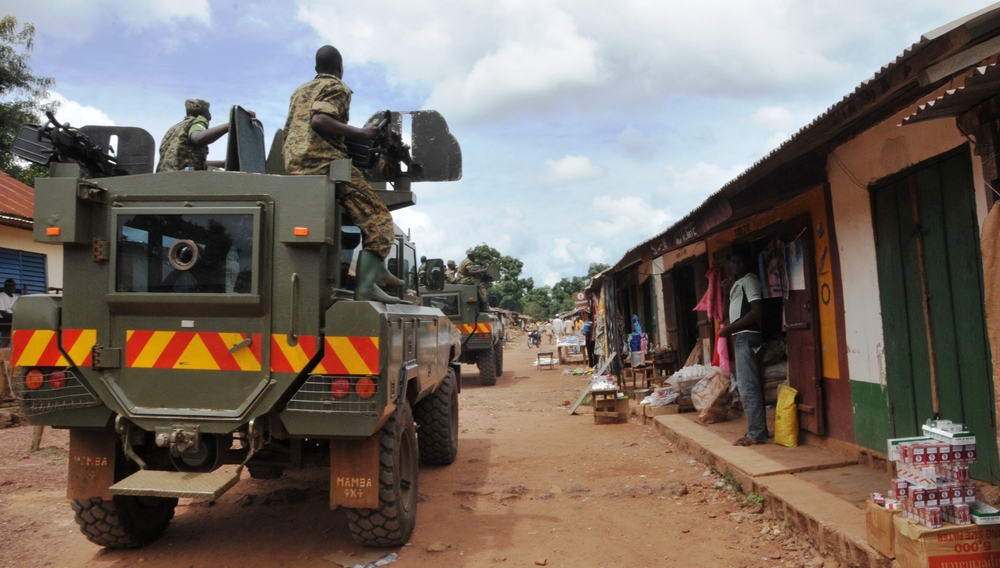 The LRA is also profiting from ivory poaching and the sale of timber – Kafia Kingi is a known smuggling haven – and is “networking and teaming up with other non-state armed groups in CAR and the DRC,” Ewi told IRIN.

The US government says it remains committed to the hunt for Kony, who has been indicted for crimes against humanity by the International Criminal Court. It stands by the record of the task force in degrading the LRA.

“Over the past four years, the Ugandan military, as part of the AU-RTF, removed four of the LRA’s top five most senior and notorious commanders from the battlefield,” a US State Department official told IRIN.

“During that time there have been about 275 defections and releases from the LRA and the number of people killed by the LRA has dropped by over 90 percent.”

Ewi agreed: “As a matter of fact, I think the mission exceeded expectations and has been able to orchestrate the decline of the LRA.”

But Holly Dranginis, a senior analyst at the US-based Enough Project to End Genocide and Crimes Against Humanity, said the mission needed to improve its capacity on two fronts: to more effectively gather intelligence, and to operate in Kafia Kingi. The latter case would require permission from Sudan, which has declined to join the task force.

“Kony still hides out there with impunity, sending orders down the chain of command and facilitating illegal natural resource trafficking,” she said.

Ronan believes that the LRA must also be denied access to the Garamba National Park, the artisanal gold and diamond mines in eastern CAR, and there should be “significantly expanded messaging aimed at encouraging LRA members to defect”.

But all these worthy initiatives depend on the Ugandan forces, the lynchpin of the regional task force, staying on to complete its mission.