Attacks on civilians in the Beni region of the Democratic Republic of the Congo have killed more than 500 people in the past 18 months. Congolese officials accuse the Allied Democratic Forces, an Islamist rebel group with links to Uganda, of committing the massacres. But it’s not that simple. Behind the narrative of an Islamist menace there is evidence of Congolese military involvement, with potential links to smuggling rackets.

Kolu Mosekuse remembered the attack on Ngadi, a sleepy village just off the N4 highway along the border with Uganda. As we walked down a dirt path lined with food stalls, a repair shop and a makeshift filling station, Mosekuse, a village deputy, described how the gunmen launched the attack on the village.

“Because it was dark, we couldn’t see them, but we heard them coming, firing at anyone who happened to be on the road.”

He pointed to a cluster of houses barely visible under the heavy canopy. “Over there, lived a soldier, his wife and the couple’s three children. They killed the woman and the two oldest children. The baby that the woman was cradling in her arms was the only one who survived.”

The authorities immediately identified the attackers as the ADF, a rebel group based in the Ruwenzori mountains, close to the Ugandan border. Over the past two years, they’ve been accused of committing a string of atrocities against civilians in Beni.

Between October 2014 and December 2015, more than 500 people were killed, according to testimonies from victims, local authorities and civic groups collected by the Study Center for the Promotion of Peace, Democracy and Human Rights, a local NGO that documents violence in the region.

While there is no doubt the ADF is responsible for a number of abuses, including murder, rape and the recruitment of children, a recent report by the Congo Research Group, a project monitoring violence in the east, has questioned that official line. It has called on the government to launch an urgent investigation led by a senior military prosecutor.

“The ADF is not really what people make it out be,” said Jason Stearns, the report’s lead researcher. “It’s not a foreign Islamist organisation, but a militia deeply rooted in local society with links to political and economic actors. While ADF are responsible for a majority of the massacres, it is clear that other groups, including Congolese soldiers, were involved as well.”

The researchers spent six months interviewing more than 100 people, including victims, civil society leaders and officers from the national army, the FARDC.

It concluded that, “In addition to commanders directly tied to the ADF, members of the… national army; former members of the [rebel] Rassemblement Congolais pour la Démocratie—Kisangani/Mouvement de Libération (RCD–K/ML); as well as members of communal militias have also been involved in attacks on the civilian population.”

What is driving the violence?

Some officers reported being offered up to $250 for every person killed – but they were not forthcoming in revealing by whom. In some cases, FARDC troops arrived in a village one or two days before the massacres started.

“The soldiers were there to protect the village. Instead, they attacked the population,” said Modest Makuta, a 27-year-old taxi driver from Tenambo, a community on the outskirts of Oicha where many of the attacks have taken place.

Makuta suffered blows to the head and neck from a machete he said was wielded by a soldier in an attack in October 2014 in which eight people were killed.

“They wore the uniforms of the Congolese army and I recognised their commander, a major called Byamungu. We never had any problems with the ADF and they never attacked the village.”

The frequency of the violence, which has taken place over a vast territory, and the fact that some of the attackers speak Kinyarwanda – a language not normally spoken in this part of Congo  – suggests the involvement of multiple armed groups, from across a wide geographical area.

The ADF has been based in Congo for more than two decades. It has forged strong links with local political and economic figures and has tapped into trafficking networks, mainly timber, taking advantage of corruption within the FARDC and the local administration.

This illicit economy has been at the heart of the violence and instability in the east for decades. The continued unrest legitimises a large military presence.

Local political leaders refer to the ADF as an Islamist militia and stress its ties to extremist networks across the region, such as al-Shabab in Somalia and Kenya.

“The mechanisms of what’s happening in Beni today are the same as what we see in Nigeria – where you have Boko Haram – and other places,” said Jules Kasereka, the mayor of Beni.

The UN’s peacekeeping and stabilisation mission in Congo, MONUSCO, while more cautious, has largely backed this narrative.

“The situation is complex,” MONUSCO deputy force commander, General Jean Baillaud, told IRIN. “Several armed groups are operating in the region. However, we consider ADF to be the main threat because of its links to armed groups in neighbouring countries.”

The ADF “is a terrorist organisation that, while it has lost some of its capacity, remains hard to eradicate,” General Marcel Mbangu, the FARDC commander in Beni, told IRIN. “There is no need to speculate. The ADF are responsible for the attacks.”

But some civil society leaders and human rights groups believe the authorities are deliberately exaggerating the ADF’s role.

“To directly point out ADF as responsible for a certain attack is very difficult,” said Michel Musafiri, a researcher with a human rights group in Beni. “So far, only a few attackers have been identified. When authorities and others claimed fighters were members of the ADF, it later turned this was not the case.”

When massacres have taken place close to where peacekeepers and FARDC troops were stationed, the troops have failed to intervene. In some cases, FARDC commanders have allegedly ordered their troops not to respond. 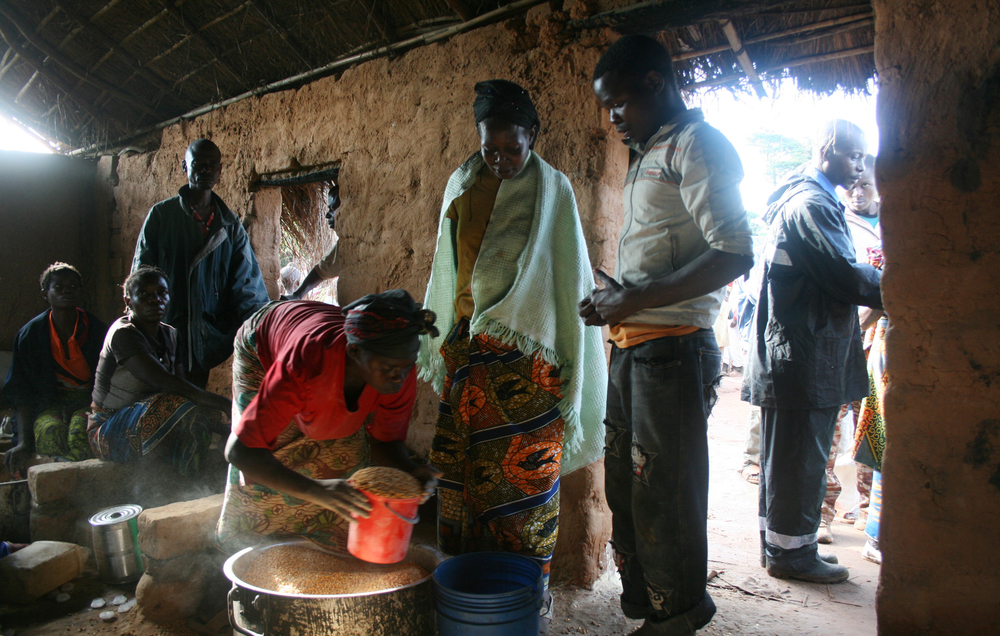 “The authorities have focused all their efforts on fighting the ADF without properly investigating who is behind the attacks and [making sure] the responsible [are] brought to justice,” said Musafiri.

The authorities have arrested a number of individuals believed to be associated with the ADF, but no one has ever been tried or convicted. This has led human rights groups to believe there may have been high-level complicity.

“Recognising that many of the violations are driven by local rivalries is key to bringing stability to North Kivu,” said Teddy Kataliko, a civil society leader, referring to the province that includes Beni.

The ADF has been challenged by FARDC and MONUSCO’s Force Intervention Brigade – a unit specifically tasked with taking on and neutralising armed groups. In January 2014, they launched a joint anti-ADF offensive. It was  codenamed Sukola 1 after the Lingala word for “clean”.

Hundreds of ADF fighters were killed, as well as civilians, and their camps were ransacked. But all joint operations were suspended in January 2015 following allegations of abuse by two Congolese generals. MONUSCO has been eager to relaunch the offensive.

While the FIB has a mandate to act unilaterally, this is not the most effective approach, said General Baillaud.

“For us, it's much more efficient to be able to work with the Congolese, to support them, to complement them,” he told IRIN. “Our current priority is a political expectation to have the conditions for joint operations to resume, which has to be given at the top level, in this case the Kinshasa government.”

But, according to the Congo Research Group, “it is clear that the Congolese government and [MONUSCO] have not put sufficient effort into addressing this crisis and have incorrectly identified the enemy.”