As 18,000 asylum seekers arrived in Munich over the weekend, local authorities scrambled to find them all beds. Sites for trade fairs, an abandoned car showroom, even railway carriages, have all been turned into emergency accommodation. But as trainloads of newcomers keep arriving, the options are dwindling and the shortage of refugee housing has reached crisis levels.

Silvia Kostner, spokeswoman for the Berlin State Office of Health and Welfare, the authority in charge of registering new asylum seekers in the German capital, said city officials are constantly searching for facilities that can serve as temporary or permanent accommodation for the refugees.

“Every day, we have about 500 people new, totally new, coming to our place to be registered – every day!” Kostner told IRIN. “On Friday, we opened a new emergency place where 1,000 people can sleep, and now it is full.” 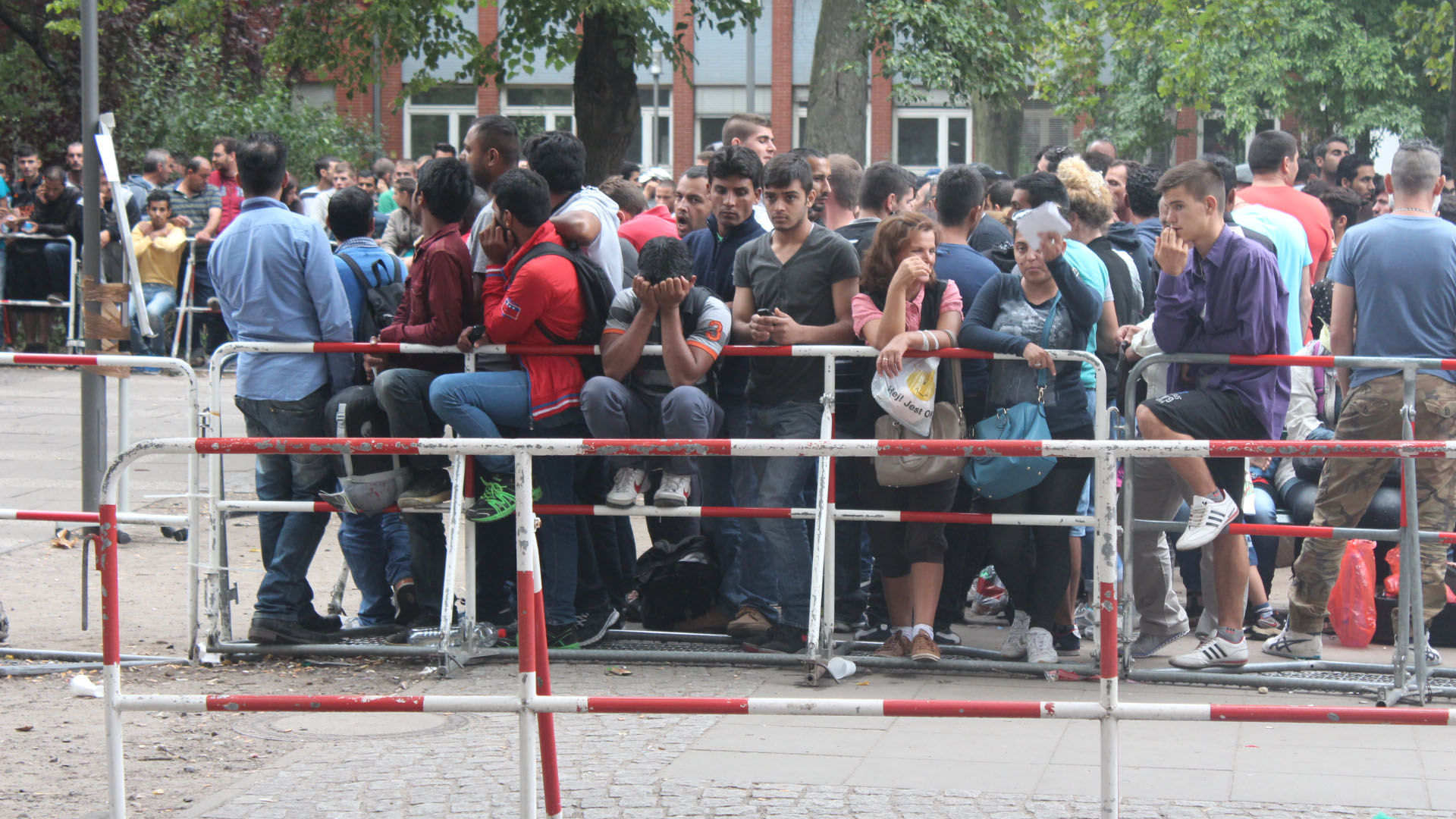 Marwan*, 26, is sharing a 20-square-metre room with his younger brother and three other Syrians in a tourist hostel in Berlin that has been converted into refugee housing.

“We don’t have a kitchen, so we spend a lot of our money on fast food and tuna cans,” Marwan told IRIN from the crowded dormitory room, which is sparsely furnished with just one closet, a mini-refrigerator, and foldable single beds.

But Marwan knows very well that he is one of the lucky ones. He arrived in Germany last December, having made the 3,700-km trip from his war-torn homeland without drowning in the Aegean Sea on his way to Greece, or being stopped by police in Hungary. He managed to reach the country that has become the most popular destination in the Western world for people fleeing war and persecution. And, importantly, he did it before asylum applications reached today’s levels.

Had Marwan and his brother arrived in Germany today, it is unlikely they would have been given beds in a hostel.

Many of the asylum seekers who have arrived in recent months are being accommodated in containers or in large tents previously used by the military.

But the rush to respond has also yielded some more out-of-the-box solutions. In Wilmersdorf, a district in the south of Berlin, a city hall building has been adapted to host 500 asylum seekers. A politician from Brandenburg named Martin Patzelt, a member of Chancellor Angela Merkel's party, has been hosting Eritrean refugees in his own home. And, most recently, German media reported that Berlin’s city administration is considering converting an old airport into Europe’s largest refugee reception facility, with a capacity of around 3,000 to 4,000 places.

After initially registering with authorities in Berlin, many asylum seekers are then transferred to other parts of the country as German law stipulates that they must be divided fairly between each of the 16 federal states according to population size. There are now hundreds of state-provided refugee accommodations throughout the country, including in regions where the local population is not as cosmopolitan or generally as welcoming towards foreigners as in Berlin.

Rural areas, particularly in the less demographically diverse eastern part of the country, have seen a significant rise in the number of xenophobic attacks targeting asylum seekers. There have been violent protests and attacks on an asylum seeker shelter in eastern Heidenau, near the Czech border, and an arson attack on a facility intended to serve as a temporary shelter for asylum seekers in Nauen, west of Berlin. Merkel visited the asylum center in Heidenau and urged Germans to take a stand against "shameful" anti-migrant protests.

Back in Berlin, many German people are getting involved in grassroots initiatives that specifically address the housing crisis. Refugees Welcome – also known as the “Airbnb for refugees” – is a platform through which Germans can offer rooms in shared flats to asylum seekers and refugees.

“We want to give them the opportunity to live in a normal context, as we live,” Mareike Geiling, one of the co-founders of Refugees Welcome, told IRIN. “These are people that deserve to not have to live in refugee camps outside of the cities and far away from everything, but to live amongst us.”

Another initiative that aims to both provide housing for refugees and smooth their integration into German society is the recently launched Refugio Sharehaus. Sven Lager, a German author, is the director of this initiative in which 40 people – refugees and migrants from various countries as well as Germans – are living in one building and collaborating to develop social enterprises and organise neighbourhood events.

Sven Lager, founder of Refugio Sharehaus, an initiative in Berlin that houses refugees together with 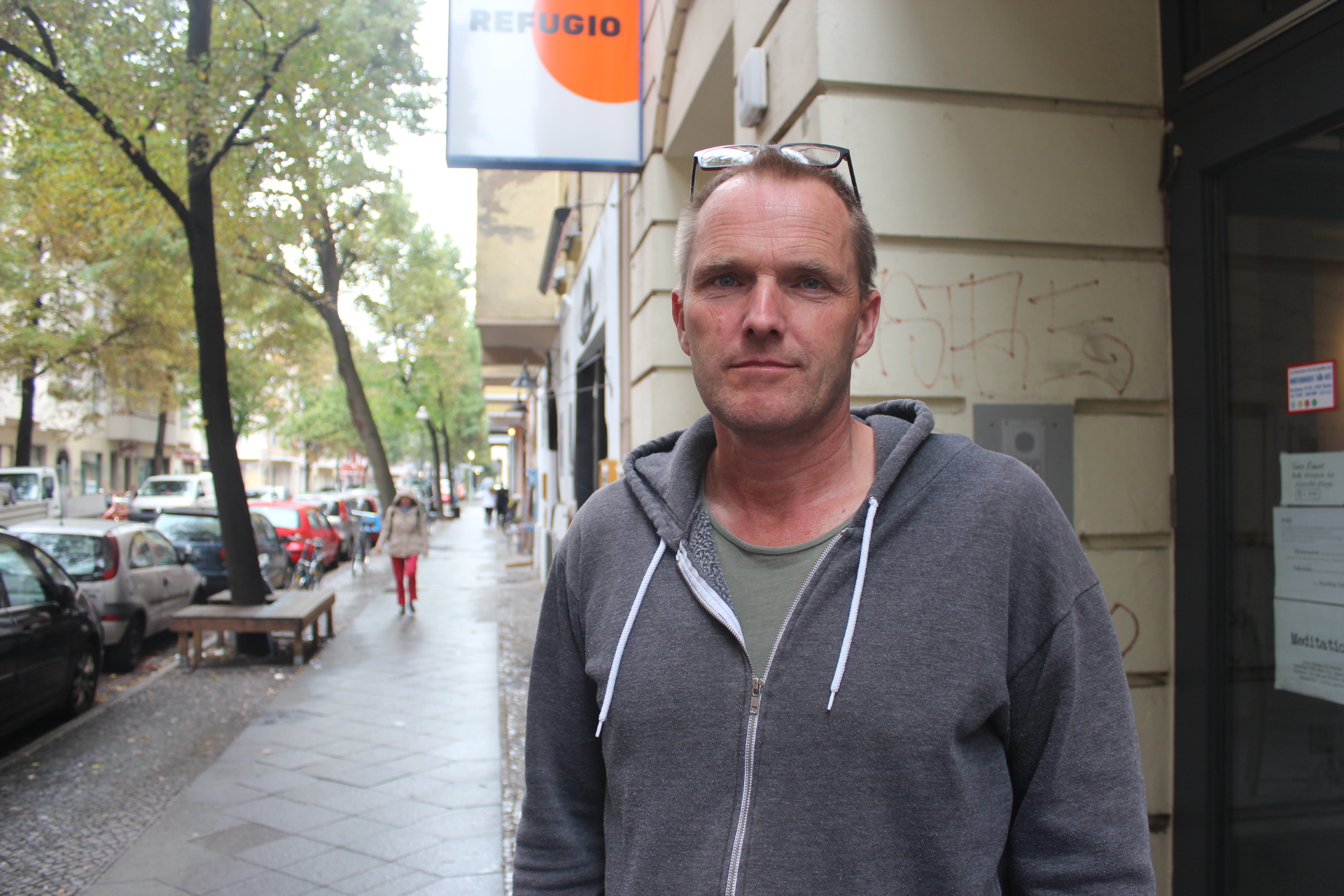 Lager congratulated the German government for taking in large numbers of asylum seekers, but said that housing them in camps was a mistake that would lead to social isolation.

“We have to understand that hosting people in a big place with 1,000 others just creates a lot of problems,” he told IRIN.

There is no integration with locals at the hostel where Marwan, the 26-year-old Syrian, is living. The facility has about 50 beds and is fully occupied with asylum seekers from Syria and several African countries. Marwan and some of the other residents are studying German at nearby schools as part of integration courses provided by the state. He plans to learn to speak German fluently and then enrol in Berlin’s Humboldt University to complete the economics studies he began in Damascus.

“Germany has been good to us,” Marwan said. “They give us as much as they possibly can.”

But he has one more wish for the German government: to be reunited with his mother, brother and sister, who are still in Syria, before it is too late.

“Now my family is in a town surrounded by the army. They have no food, no electricity,” he said, with his brother by his side. “I hope the government here in Germany will allow us to bring our family here.”