A month after fleeing his home in Qaraqosh, the largest Christian town in northern Iraq’s Nineveh province, to escape the advance of militants from the so-called Islamic State (IS), Basim Mansour Yohanna received a telephone call.

It was a former colleague, a Sunni Arab, who told the Assyrian Christian he was standing inside his family’s apartment, preparing to ransack it.

"I won't go back with Sunnis there," the 55-year-old said angrily. "When I see them, it’s like they are stabbing me in the stomach. They all betrayed us, we cannot trust any of them."

Huda Salih Marky, a member of the Yazidi religious community from Kocha, also in Nineveh, told IRIN how she was captured by IS and forced to work as a domestic servant in Mosul for a militant for several months, before being sold for ransom.

"Yazidis will not be safe here in future, they can't stay in Iraq, the best thing is to emigrate to a country where there are no Muslims," she said.

These views may be extreme, but they are not uncommon.

Many of Iraq’s minorities who fled the towns and villages around the northern city of Mosul last summer when IS arrived regard Sunni Arabs – among them their former neighbours and co-workers - as sympathetic to, and, in some cases, direct backers of the extremist group.

Now NGOs warn that as parts of Iraq become liberated from IS, there are new risks of violence between internally-displaced people (IDPs) who are starting to return home.

But as the PAX report points out, while IS has been responsible for the displacement of more than three million Iraqis since January last year, the tensions in Nineveh - which lies across part of the disputed boundary between semi-autonomous Kurdistan and the rest of Iraq - long pre-date the arrival of the militant group.

The area was previously a target of Saddam Hussein’s Arabization policies - also employed in the disputed governorate of Kirkuk – under which Arab tribes were relocated to change the demographic composition of certain areas.

Nineveh’s ethnic mix was likewise in the sights of the post-2003 Shia government in Baghdad, as well as the Kurdistan Regional Government (KRG), which is trying to grow its influence and gather support for independence from the rest of Iraq.

“These are a very long-standing issues and go back to the very beginning of the formation of the Iraqi state,” explained Hewa Haji Khedir, a lecturer at Salahaddin University in Erbil, and the lead researcher on the PAX report.

“Both the KRG and the Iraqi government have tried hard to push their own agendas in these areas, and these different communities were used as tools to push these agendas,” he said.

Giving an example from a focus group he held for the PAX report, Khedir told how some people had complained about Shia Shabbak being privileged by the Shia-led government of former Prime Minister Nouri-al-Maliki through better jobs.

A lot of new Shia mosques were built in area, upsetting the local Christian community, he said.

Moreover, he added, there was a perception among many of Nineveh’s minorities that the Baghdad government - and its armed forces - had abandoned them to IS. 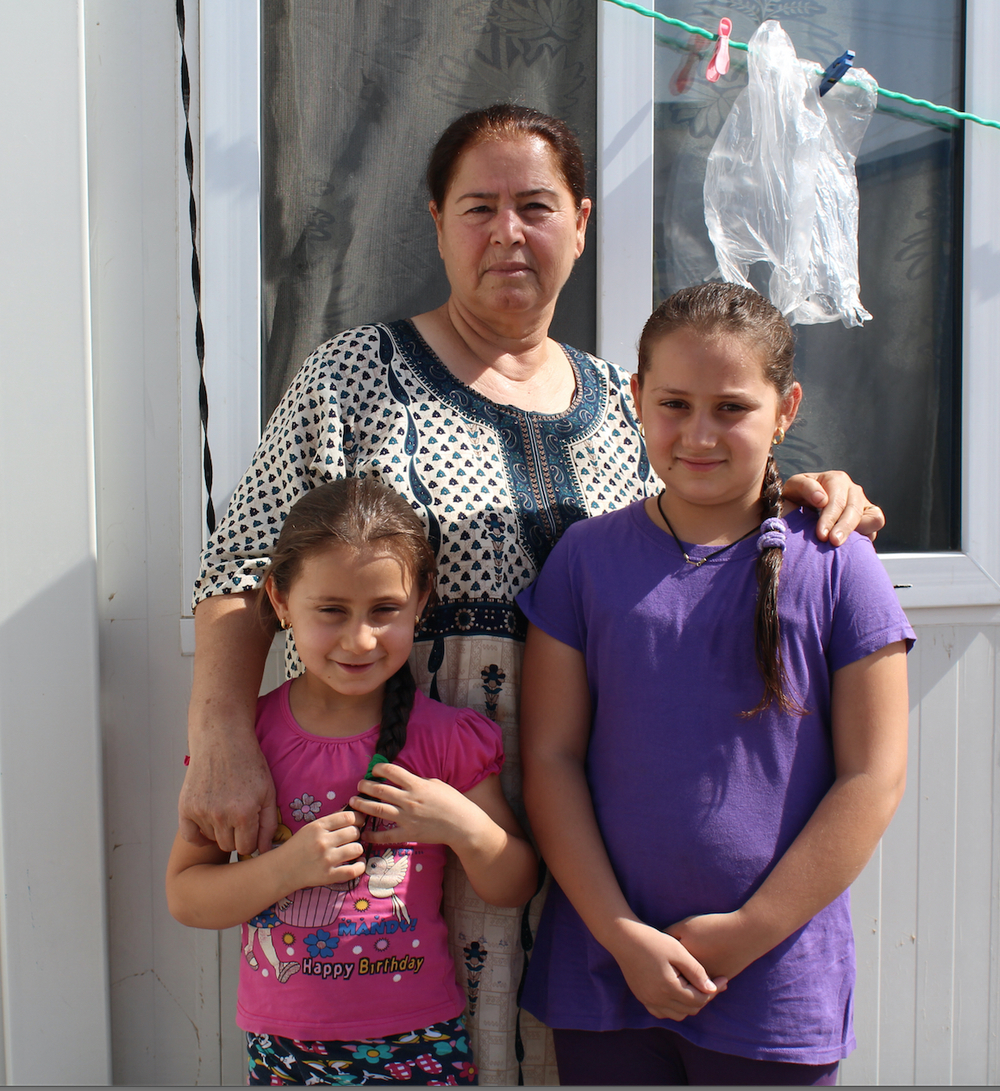 This had led some to want to leave the country altogether, others to call for international protection so as to be able to return. Yazidis in particular, feel particularly vulnerable, and many also feel let down by the Kurdish Peshmerga who retreated from the town of Sinjar allowing IS to take control and subsequently kill many members of the community.

Now some groups in Nineveh are forming their own military units, and while these Hashd al-Shaabi militia (People’s Front) are well supported locally, there are fears that if not carefully managed, they could lead to more violence and further inflame community tensions.

“Formally these units are under the Ministry of Peshmerga,” said Khedir, “But of course, once you put arms into a community, that gives them the capacity to be able to unilaterally act in these areas.”

Sensitive to these growing tensions - and the challenge of communities now looking to return to Nineveh ahead of the planned liberation of Mosul - a group of more than two dozen international and local NGOs met in Erbil last month to discuss different peace building strategies and approaches.

Marco Labruna, head of mission for Italian NGO Un Ponte Per (UPP), which convened the two-day meeting, said tensions were growing between different communities and relationships and interaction were increasingly focussed on “difference” and “conflict”.

This is not a conflict between two communities, it’s a conflict of all against all.

But he said he was encouraged by evidence that young IDPs from Nineveh were among the loudest voices calling for more open dialogue, inter-community interaction and peace building initiatives.

“Of course, it is a long process,” Labruna said.  “No-one is saying tomorrow there is going to be a solution to these problems, but a strong message came out that there is a willingness from part of the society, especially from youth, despite having undergone many difficulties and much suffering due to displacement, that they are still willing to stand up and say let’s try and do something about this.”

The next step, he said, was to co-ordinate between the different NGOs to “create a coherent and consistent peace building process in the country”.

The PAX report makes a number of recommendations. These include: the resolution of the Disputed Internal Boundaries (DIBs); inclusive governance and security for all Iraqis; demilitarisation of community and non-state armed groups; and the formation of an effective transitional justice system.

The challenges however are immense.

“This is not a conflict between two communities, it’s a conflict of all against all,” Khedir said. “It is a very multi-dimensional and complicated conflict… There are many players and many sources… politics, power, religion, ideology (and) economic opportunities.”