The European Commission releases its long-awaited European Agenda on Migration on Wednesday, but a leakeddraft of the new policy is already in circulation.

The media focus has been on the introduction of a system that would require EU member states to accept a certain number of the asylum-seekers arriving in frontline states such as Italy and Greece, based on criteria such as size of population, GDP and unemployment rate.

But aside from this controversial quota system, which is bound to be divisive, the new agenda contains several important measures likely to reshape Europe’s migration policy for years to come:

The relatively small number of refugees Europe accepts for resettlement, compared to the United States and Canada for example, has long been criticised, especially in the context of the four million refugees produced by Syria’s long-running conflict, the vast majority of whom must either sit out the war in neighbouring countries ill-equipped to support them, or take their chances with smugglers offering them passage to Europe.

“There must be safe and legal ways for [displaced persons in need of protection] to reach Europe,” states the draft agenda, which recommends an EU-wide resettlement scheme with a quota system for member states.

The draft omits to mention a figure for how many refugees would be offered resettlement, but the UN’s refugee agency, UNHCR, has endorsed a target of 20,000 places per year by 2020.

How the scheme would work if certain countries, such as the UK, refuse to participate is unclear at this stage.

An outline of the agenda released in March hinted that more collaboration with origin and transit countries would be a key element of the final policy. The draft agenda is more specific, stating that the EU’s diplomatic service, the European External Action Service, “will work together with partner countries to put in place concrete measures to process migrants before they reach the EU’s borders.”

As well as stepping up support to countries in North Africa and the Horn of Africa that host large numbers of refugees, “a pilot multi-purpose centre” will be set up in Niger by the end of the year.

Likely to serve as a model for similar centres in origin and transit countries in the future, it is rather vaguely envisaged that it would “help to provide a realistic picture of the likely success of migrants' journeys, and offer assisted voluntary return options for irregular migrants.”

A network of liaison officers is to be dispatched to key transit and origin countries such as Egypt, Jordan, Morocco, Senegal, Sudan and Turkey, where they will be tasked with improving coordination on migration control and gathering information on “major migratory related developments.”

A major focus of the increased collaboration with third countries will also be to secure their cooperation in cracking down on smuggling networks, which can span entire regions or even continents.

The draft agenda points out that currently only about 39 percent of decisions to return irregular migrants are enforced. Part of the problem is that returns are dependent on migrants’ home countries agreeing to take them back. “The EU should be ready to use all leverage and incentives at its disposal,” states the agenda, noting that member states also need to do their part by properly applying the Return Directive, which sets out the procedures and standards governing returns of migrants from Europe.

The new EU policy also calls for border agency Frontex to be given a legal mandate not only to coordinate returns from member states, as it does now, but also to initiate its own return operations. The implications of this will no doubt concern migrant rights groups. 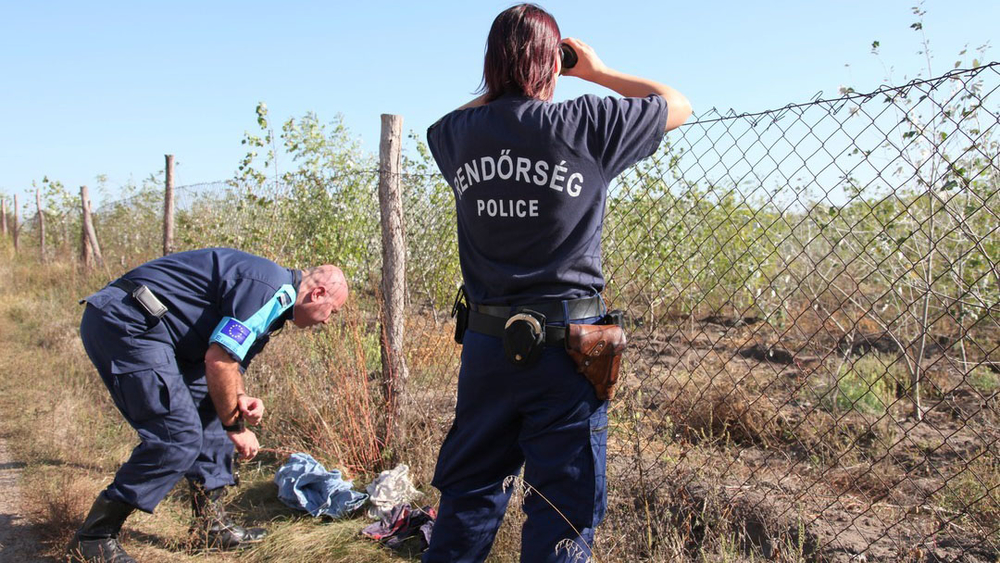 EU-wide standards for the management of external borders are to come into force in 2016. A new initiative dubbed “Smart Borders” will make use of technology to create a record of all cross-border movements of third-country nationals.

Countries bordering the EU will be encouraged to secure their own borders with EU funding and support from Frontex.

The draft agenda acknowledges that systems across the EU are far from harmonised, which explains why asylum-seekers often head for particular countries where their applications are more likely to be successful. A new monitoring process will aim to ensure that asylum rules are being applied uniformly across all member states.

There is also a pledge to crack down on “abuses” of the asylum system. “Too many [asylum] requests are unfounded,” says the agenda, noting that last year 55 percent of applications in the EU resulted in a negative decision. It does not mention how many of those decisions were overturned on appeal, but in the UK the rate is about one in four, according to Amnesty International UK.

Swift processing of unfounded asylum applications is listed as one way of fighting such abuses. However, the use of a fast-track system for determining certain asylum cases has been found to be fundamentally flawed in the UK, where asylum-seekers are given little opportunity to prove their cases before being rejected.

The agenda also recognises that the Dublin System, designed to discourage “asylum shopping” and ensure applications are processed where asylum-seekers initially register, is not working. Frontline countries like Italy and Greece, where the majority of migrants arrive, lack the capacity to process so many applications and often allow asylum-seekers to head north without registering them. The new policy insists that member states implement rules on taking fingerprints and promises a new “Hotspot” approach that will deploy staff from the European Asylum Support Office and Europol to help frontline states process asylum claims more quickly.

The Commission also promises an evaluation of the Dublin System in 2016 to help determine whether a significantly revised system is needed.

The introduction to this section of the agenda notes that “without migration, the EU’s working age population will decline by 17.5 million in the next decade,” and emphasises the importance of migration to the EU economy. But it quickly becomes clear that the new policy is a far cry from the more open borders that some migration experts have called for.

The emphasis is firmly on expanding EU-wide schemes to attract highly-qualified migrants who can plug Europe’s skills gaps, as well as a certain amount of tinkering with visa policies aimed at “maximising the positive economic impact” of attracting more tourists and business travellers while minimising irregular migration.

In the longer term, the agenda recommends working with member states to develop a system that would create an EU-wide pool of qualified migrants that employers could select from prior to migration taking place.

The draft EU policy document also suggests making it easier for migrants to move to other countries in their own region, thereby decreasing the likelihood they would head for Europe. Support for initiatives encouraging labour mobility within regions such as West Africa “can bring an important contribution to local development,” it states.