Aid agencies have sunk hundreds of millions of dollars into eastern Democratic Republic of Congo in the past two decades. But seeing little long-term impact or prospect of stability, some are now calling for an overhaul of the way aid is delivered in the long-troubled region.

Eastern DRC has been plagued by war and instability since 1994, when thousands of ethnic Hutus, including soldiers and militias responsible for the Rwandan genocide, poured over the border from Rwanda. Conflicts over land and resources have displaced millions of Congolese, many of them repeatedly.

The UN says there were about 2.7 million internally displaced persons (IDPs) in DRC in 2014, the majority of them in the east. Aid workers are also bracing for an expected military offensive by UN and government forces against a long-standing rebel group in North Kivu that will likely prompt tens of thousands more impoverished Congolese to flee their homes.

The calls for change come just as officials in DRC’s North Kivu province press for the closure of IDP camps, and as donors cut back funding for a region whose intractable problems have been overshadowed by newer crises, from the war in Syria to the Ebola outbreak in West Africa.

“Standard humanitarian responses are inadequate … when crisis and emergency are constant,” the Norwegian Refugee Council wrote in a recent project paper. “They may even contribute to the breakdown of existing coping mechanisms.”

The three-year NRC project, funded by the British government, is one of several initiatives seeking better understanding of how people experience and adapt to displacement. The research should help make aid groups more effective in helping both IDPs and host communities rebound from shocks.

Other humanitarian groups have similarly begun searching for ways to help entire communities better deal with the endless waves of violence and displacement, even as they scramble to keep the immediate victims alive.

The International Organization for Migration and the UN Refugee Agency, UNHCR, last year launched a pilot project to track displacement and profile IDPs living with host families in order to better comprehend their needs.

Such studies have produced few concrete answers so far. However, some directions in which they might lead seem clear, and aid workers hope that lessons learned in DRC could be instructive in other prolonged displacement crises, such as that in Syria.

“We can continue pouring money into spontaneous responses, but if people are going to be staying in a place for 25 years, it needs to be considered today what that means for public services and for inter-community relations,” Solenne Delga, emergency program manager for U.S.-based aid group Mercy Corps, told IRIN. “We can’t just continue doing emergency response in a context of prolonged conflict.” 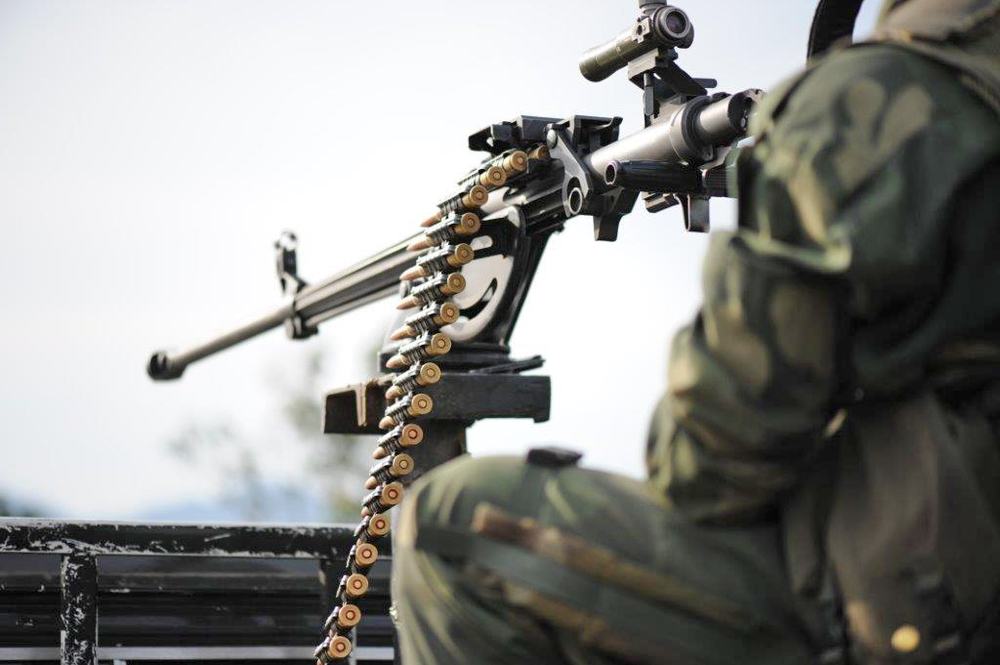 One push is to arrive at a common – and likely broader - definition of “vulnerability”, a category of need under which much humanitarian aid is allocated.

According to a report published this month by Mercy Corps, World Vision and Search for Common Ground in association with the DRC government, aid patterns have failed to reflect the fact that most IDPs in North Kivu – the focus of much of the ongoing research – have found refuge in host communities rather than in camps.

As a consequence, many of those IDPs have received little or no support, while the heavy burden on the host communities also has been neglected.

As well as depleting the meagre resources of the hosts, massive influxes of displaced persons have in places pushed up land prices, fuelled criminality and undermined social cohesion, said the report, which drew on scores of interviews and group discussions. Meanwhile, infrastructure in fast-growing urban areas such as the provincial capital Goma has failed to keep up.

“The humanitarian community has defined vulnerability criteria which mainly target IDPs only, and this leaves host communities, also affected by conflict and displacement, feeling increasingly deprived,” the report said. “This has led to frustration towards the international community as well as stoked inter-community tension.”

For Brooke Lauten, protection and advocacy adviser for the Norwegian Refugee Council, only when living long term with host communities is recognised as a fundamental right of IDPs will aid agencies be well placed to provide effective help in such situations.

“We need to figure out what integration looks like, whether it is in their place of origin or in a new location, and program toward that a bit more,” she said.

With traditional forms of assistance, including food aid, emergency shelter and essential household items doing little to help people restore livelihoods or repair torn social networks, humanitarians are searching for new ways to boost the resilience of both individuals and communities.

According to Mercy Corps, one way is to extend services such as sanitation or education to communities surrounding IDP camps and to secure them for the longer term. This makes particular sense, the group argues, in urban areas likely to receive future waves of displacement. 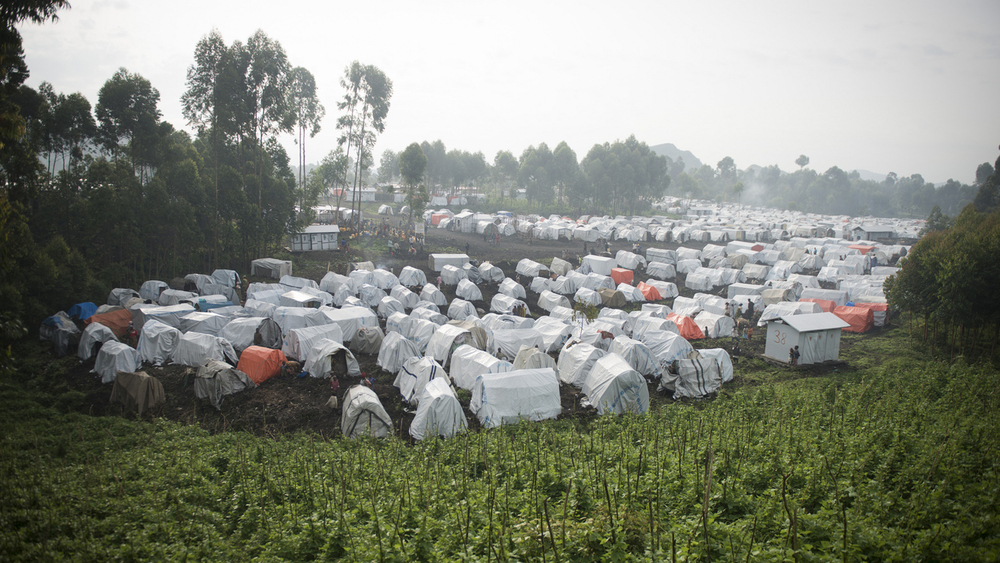 In Goma, Mercy Corps has worked with donors and authorities to replace the trucking of water to IDP camps with a permanent, sustainable water supply system.

The Mercy Corps/World Vision report also noted that, while conflict has disrupted traditional livelihoods, many of those affected by insecurity have developed their own flexible and innovative coping strategies.

These include commuting between their rural homes and urban areas, partly for reasons of security but also in order to secure diverse sources of income. This can result in family members spreading out geographically and redistributing tasks among themselves in ways very different from their previous, more settled rural lives.

Humanitarian actors should recognize that such “hybrid durable solutions” bolster economic development and social cohesion, and thus should be recognized and supported, the report said.

Finding ways to support the livelihoods of IDPs has become more urgent as funding for emergency programs dries up. Last year, the UN’s World Food Programme slashed its food aid to IDPs in camps. Relief groups said the sudden cuts forced some IDPs to adopt “negative coping strategies,” such as women entering into prostitution or families pulling children out of school.

Delga said UN agencies and others were trying to negotiate more access for IDPs to small plots of land around Goma so that they could grow their own food. Securing such access as well as other forms of livelihood support should be integrated into humanitarian responses, she argued.

Still, finding so-called “durable solutions” for IDPs remains the holy grail for humanitarians, marking as it does an exit strategy for fatigued relief workers and their donors. Under international norms, durable solutions entail IDPs either returning home, integrating locally or resettling elsewhere.

However, according to a study released in December by the Brookings Institution, a Washington-based think tank, aid actors in eastern DRC have found it “completely impossible” to achieve any “real transition” toward such outcomes.

Congolese authorities strongly favour return as the best solution for IDPs, especially since UN and government forces routed the M23 movement, another major rebel group in North Kivu, at the end of 2013.

Many IDPs living near Goma did return to their home areas after M23’s demise. However, Mercy Corps said a significant number trickled back to Goma after failing to cope with the loss of property and services needed to find their feet.

The new reports said humanitarians could do much more to ensure those returning home succeed, for instance with timely assistance to rebuild homes and fields, establish basic services and regain access to their land.

With dozens of armed groups still at large in North Kivu, aid workers say many IDPs remain unwilling to go back to areas such as Masisi, where they feel insecure or might not be able to return to their fields.

Concern that IDPs may be forced back to unsafe areas were fanned in December when North Kivu’s governor abruptly shut down a camp in Kiwanja, in the province’s Rutshuru Territory, arguing that the camp had encouraged a culture of dependence and become a base for criminals.

Authorities have vowed to close all of the around 50 camps in the province though they have announced no timetable. Some of the camps - established to provide only short-term security - have been operating for years.