A major military offensive by Somali and African Union (AU) forces against insurgents may well contribute to Somalia’s long-term stability, but in the short-term the military action has led to the displacement of around 40,000 civilians, price hikes and the destruction of some basic infrastructure.

The Somali National Armed Forces (SNAF) and the African Union Mission in Somalia (AMISOM), are engaged, with UN backing, in what UN envoy Nicholas Kay has described as “the most significant and geographically extensive military advance since AMISOM started” in 2007.

“Buule Burde in Hiraan region was a strategic town for the Al-Shabaab. It was their supply nerve centre and home to hundreds of the Al-Qaeda-linked terrorists,” said AU envoy and AMISOM head Mahamat Saleh Annadif in a recent statement.

He added that the town’s capture “provides a major boost to our efforts to bring peace and stability to Somalia”.

According to a report by the UN Office for the Coordination of Humanitarian Affairs (OCHA), “most of the humanitarian needs which have arisen so far [as a result of the operation] are related to population movements, either people moving out of towns affected by the military operation, or people previously displaced moving back to newly recovered areas.”

“Some displacements are expected to be short-term in nature as people usually leave towns to go to outlying villages as a pre-emptive measure to avoid conflict zones… People who could afford transport have travelled to larger towns already in the hands of government-aligned forces, as these are deemed safer. However, households who could not afford transport reportedly relocated to villages around the main towns affected by the military operations,” the report explained.

“Shelter, household items, food, safe drinking water and health care have been identified as the priority needs, although not all of the temporarily displaced people are expected to need assistance. Civilians also face protection risks both in places of origin and displacement given the fluid security situation,” it added.

This assessment was echoed by the commissioner of Hudur, Mohamed Moallin, who noted that very little aid had reached the region during the seven years it had been under the control of Al Shabaab.

“People are in desperate need for water, food and medicine. There is even no single place to buy a Paracetamol,” he told IRIN.

“As a government; there is nothing we can do. We do not have the means. We just got back here and everything is in bad shape. However, we can provide security for anyone who is going to help,” he added.

Before Hudur changed hands, Al-Shabab destroyed two water pumps and ordered residents to leave, saying they would be “slaughtered” if they stayed with the “enemy”. Several thousand people fled as a result.

“If they stay in towns where government rules, they are afraid of Al-Shabab threats so they chose harsh life in the villages where Al-Shabab still rules,” said Muqtar Isaak Abdi, head of the Barbaar Initiative, a local research organization. He named these villages as Abal, Yokoyow, Abakbebay, Morogabey and Kulanjarer. 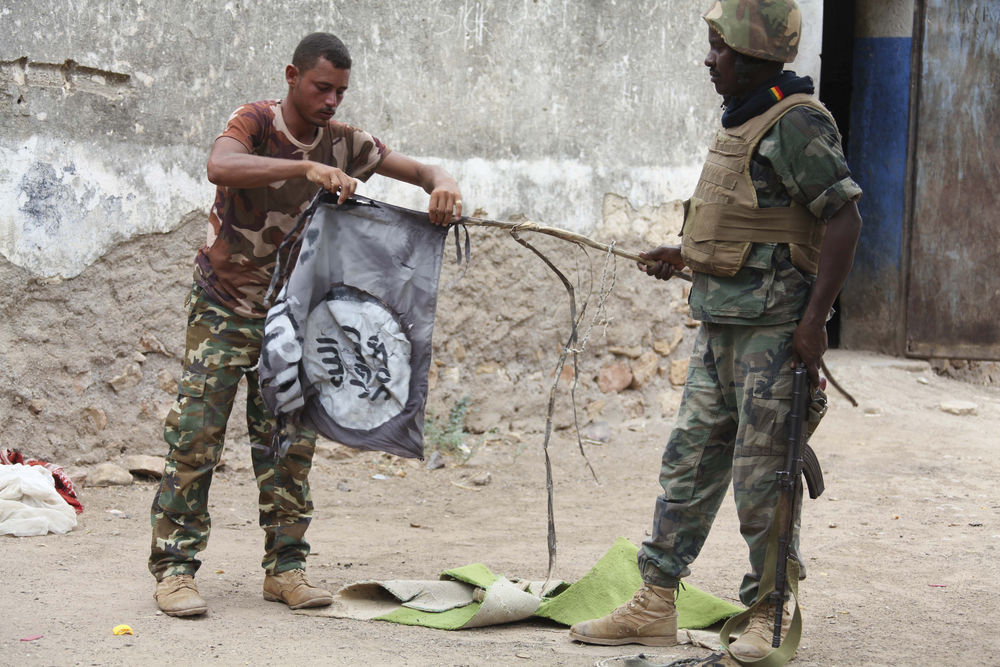 Reliable safe water sources are only available in two of these villages, Abal and Kulanjarer.

Food prices up in Hudur

Once Hudur was recaptured by SNAF and AMISOM, around 5,000 people returned to the town.

“I was born in Hudur and grew up here but I fled one year ago when Al-Shabab captured it [after a brief period under the control of Ethiopian forces]. Coming back has meant a great joy to me but I now realize the situation is too bad,” said one man who asked not to be named.

“There is not even a single pharmacy, no drinkable water and the cost of food is going up,” he said. Because Al-Shabab is still present outside towns like Hudur, access roads are too dangerous to use.

Al-Shabaab has reportedly ordered livestock herders not to take their animals to Hudur.

Another concern voiced by OCHA in its report is that the “ongoing military offensive could disrupt the early start of the planting season, which could in turn have a negative impact on the annual Gu harvest in August/September 2014 particularly in the agricultural zones of the Shabelles, the Jubas and the sorghum belts of Bay and Bakool.”

As far as AMISOM and the Somali government, is concerned, the military advances mean humanitarian agencies can now meet needs in recaptured areas.

But for OCHA, “It is too soon to predict the longer-term implications of the military operation on unfettered, safe and predictable humanitarian access.”

UN envoy Kay said this week that “humanitarian access due to the volatile security situation remains a major challenge.”

On 18 March, five days after it was captured by AMISOM and SNAF, a hotel in Buula Burde housing troops was attacked by Al-Shabab, using a vehicle laden with explosives. Nine Somali and five Djiboutian soldiers were reportedly killed, as well as 25 Al-Shabab fighters.

Funding is another major problem for aid agencies: of $933 million sought for humanitarian activities in 2014, just 3 percent had been provided or committed as of 21 March.