The Ugandan parliament’s retroactive authorization of a military intervention in neighbouring South Sudan has elicited considerable criticism from activists and analysts.

“A stable and prosperous South Sudan is vital for regional peace, security and stability… There was and still is need to prevent potential genocidal and other atrocities against humanity,” read part of a motion passed 14 January, almost a month after President Yoweri Museveni deployed troops to evacuate Ugandan nationals and help protect the airport, State House and other key locations in Juba.

The “government had to look at the interest of over 200,000 Ugandans caught up in South Sudan,” Defence Minister Chrispus Kiyonga, who drafted the motion, told parliament.

“Africa must learn to defend itself. We saw what happened in Rwanda. Millions of people were killed as African states and [the] UN looked on. We must not allow a repeat,” he added.

At least 1,000 people have been killed since the fight erupted on 15 December 2013 between troops loyal to President Salva Kiir and those of former vice-president Riek Machar. An estimated 468,000 people have been displaced within the country and almost 84,000 people have sought refuge in neighbouring states, according to the UN Office for Coordination of Humanitarian Affairs (OCHA).

In a speech yesterday in Angola, President Museveni noted that on 13 January, with the help of Ugandan forces, the government of South Sudan had “inflicted a big defeat” on rebel groups outside of Juba. He said that a large number of rebels had been killed in the incursion, as well as members from the South Sudanese and Ugandan armies.

However, regional experts have criticized Uganda’s military move, accusing it of taking sides in the conflict instead of backing the ongoing Intergovernmental Authority on Development (IGAD) mediation efforts in the Ethiopian capital, Addis Ababa.

“Troops deployment outside a country is a dangerous undertaking. Uganda erred in its regional responsibility. We are not authorized to intervene in the domestic affairs of any sovereign state unless authorized under international law,” Stephen Oola, a transitional justice and governance analyst at Uganda's Makerere University Refugee Law Project, told IRIN. “To take sides in a conflict [of which] we seldom understand the underlying causes, we risk fuelling [it] rather than contributing to its cessation.”

He continued: “Uganda has become a stumbling block to a peaceful solution to the conflict. We risk undermining our credibility as a well-meaning neighbour. We know that Ugandan troops have always been in South Sudan for other reasons, but to take part in direct hostility against any party to an internal strife is a different matter.”

Troops deployment outside a country is a dangerous undertaking. Uganda erred in its regional responsibility. We are not authorized to intervene in the domestic affairs of any sovereign state unless authorized under international law

Aly Verjee, a senior researcher for the Rift Valley Institute (RVI), agreed, saying, “If Uganda deploys more offensive forces to South Sudan, there is the risk the conflict escalates and the neutrality of IGAD's mediation is undermined. A split in the views of IGAD member states will not help the peace process.

“The rebels have decades of fighting experience and will not have qualms about attacking forces they see as partisan. Uganda has been a generous host to South Sudanese refugees and migrants for decades and can profit from a stable and vibrant South Sudan. Uganda risks its reputation by military adventurism in South Sudan,” Verjee told IRIN.

“There must be a cessation of hostilities in South Sudan as there is clearly no military solution to this problem. Any increased military action will only further divide and deter support for the political processes necessary to resolve the conflict,” Aaron Hall, a senior researcher for anti-genocide group The Enough Project, told IRIN.

“There is a need for an inclusive and holistic approach to the crisis in South Sudan that provides recourse for historical drivers of conflict. In addition to the current political process underway in Addis Ababa, there must be a broad, inclusive national dialogue that fully incorporates civil society and puts priority on addressing the critical issues of accountability and army reform. It will be imperative that both international and regional allies encourage all sides of the conflict to pursue such an approach,” he said.

The African Union Peace and Security Council (AUPSC), on 30 December 2013, established a commission of investigation to ensure accountability, reconciliation and healing among all South Sudanese communities.

Thousands of South Sudanese refugees are being hosted in camps in Northern Uganda. An estimated 468,000 people have been displaced within the country and almost 84,000 people have sought refuge in neighbouring states, according to the UN Office for Coordi 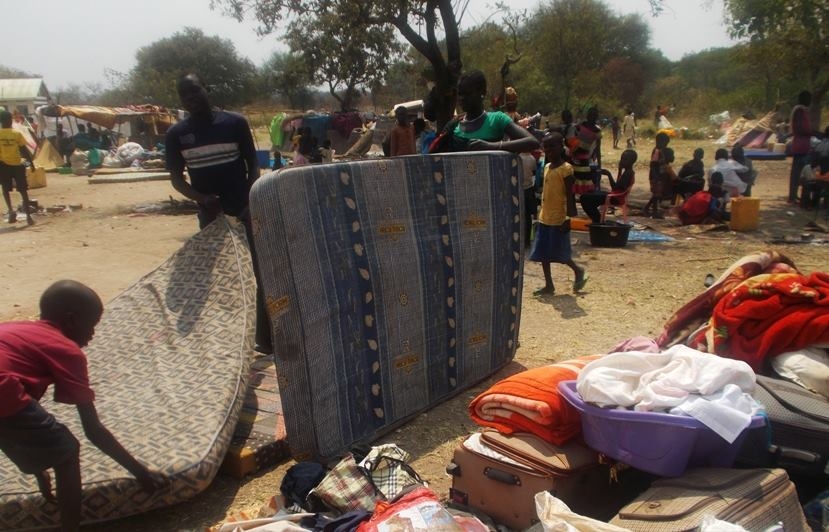 Taban Deng, the head of the South Sudanese rebel delegation in the ceasefire talks in Addis Ababa, recently urged Uganda to withdraw its forces, saying it renders them dishonest brokers. “We have a concern that a member country of IGAD, Uganda, [has] decided to invade my country,” he said.

“It really questions the role of IGAD as a neutral body in these mediations. The dynamics - political dynamics, geopolitics in the region - are not one that’s neutral, and we have to really be concerned about that,” David Deng, director of the South Sudan Law Society, said at an event in Nairobi last week. “Clearly, military involvement of other countries won’t help.”

In a 10 January statement , the UN Security Council demanded an immediate end to all human rights violations and stressed that those responsible will be held accountable. They encouraged the UN Mission in South Sudan (UNMISS) to monitor, investigate, verify and report on all human rights abuses.

In a petition to South Sudan’s parliament on 8 January, the South Sudan Civil Society Alliance (SSCSA) condemned the conflict and called for the peaceful resolution.

“The approaches of resolving the current crisis militarily are not welcome by civil society,” said Deng Athuai, the chairperson of SSCSA, while delivering the petition to Deputy Speaker Jasmine Samuel.

“We reject the continuity of war. We need peace to prevail. And we need dialogue, peace and returning home of the displaced to take place without preconditions,” he said.