Plumbing problems plague the facility, and the smell of sewage wafts through the corridors. Former classrooms are divided and shared by several families. Walls are mouldy, windows broken and electricity intermittent. Despite the cold weather, central heating has not yet been turned on.

Cooking stoves are scarce, and there is no food refrigeration available. Food stocks are donated sporadically by the Bulgarian Red Cross, but nothing is provided regularly by the government.

The schoolhouse, known as the Vrazhdebna facility, is one of three reception centres recently opened to accommodate a drastic increase in asylum seekers in recent months.

Boris Cheshirkov, spokesperson for the UN Refugee Agency (UNHCR) in Bulgaria, described the conditions there as "dire". The Bulgarian Helsinki Committee (BHC) went even further after visiting the facility.

“Such treatment of refugees is not only an emblematic example of the red tape and indifference to the needs of people typical for Bulgarian State institutions, but also constitutes inhuman and degrading treatment and [a] display of white-collar cruelty of the highest order,” it said in a statement, which sparked a public outcry.

In the reception centre at the State Agency for Refugees, Mizgin Abas, 26, a former English teacher, and her husband, Ferhad, 30, said they had been forced to give up a home and decent jobs in Syria’s Kurdish region. They fled with their children after hearing reports that al-Qaeda-linked groups in a nearby village were beheading Kurdish Syrian men and abducting Kurdish Syrian women.

“We preferred to come here and see a good life,” Mizgin said. They are hoping to be granted protected status so that they can stay in Bulgaria.

About 100 people are arriving at Bulgaria’s border with Turkey daily, and the numbers are rapidly increasing. In the past, Bulgaria received, on average, 1,000 migrants and asylum seekers per year. This year alone, more than 6,500 have arrived, leaving officials scrambling to find housing and funds to accommodate them.

Arrivals have increased steadily since August, and at the current rate, the Ministry of Interior estimates it will have received 11,000 to 15,000 by year’s end - the vast majority Syrian.

“We see that the government is overwhelmed, and that the reception capacity has been depleted,” said UNHCR’s Cheshirkov, “…but we can clearly see that the authorities are becoming more and more active in bridging the gaps.”

Smugglers who used to lead migrants from Turkey into Greece are increasingly moving them to Bulgaria instead, in part due to the construction of a 10.5km fence at one of the most popular crossing points along the Turkish-Greek border. Bulgaria, a tiny country of just 7.5 million people, is one of the poorest in the European Union (EU).

“We are just at the beginning of this crisis,” Vasil Marinov, deputy minister of the interior, told IRIN.

When IRIN visited the schoolhouse last week, there were no administrators or medical staff on site, just security and police officers guarding the building (residents are allowed to come and go as they please). But over the weekend, a newly hired director was on site to greet a team of volunteer doctors.

The medical team, of the Do Good Initiative of Sofia’s Jewish community, found that no medical care had been offered in the three weeks since the residents were moved to Sofia from the border, despite the presence of several pregnant women, elderly people and diabetes patients. Respiratory ailments were widespread, which is common for people living in close quarters, said Alexander Oscar, one of the volunteer doctors.

Zahra Omar Abdelatif fled the Kurdish region of Syria with her husband and three children "because everyone was killing each other". They paid a smugger $2,000 to get to Bulgaria and now live in an abandoned schoolhouse awaiting their asylum application t 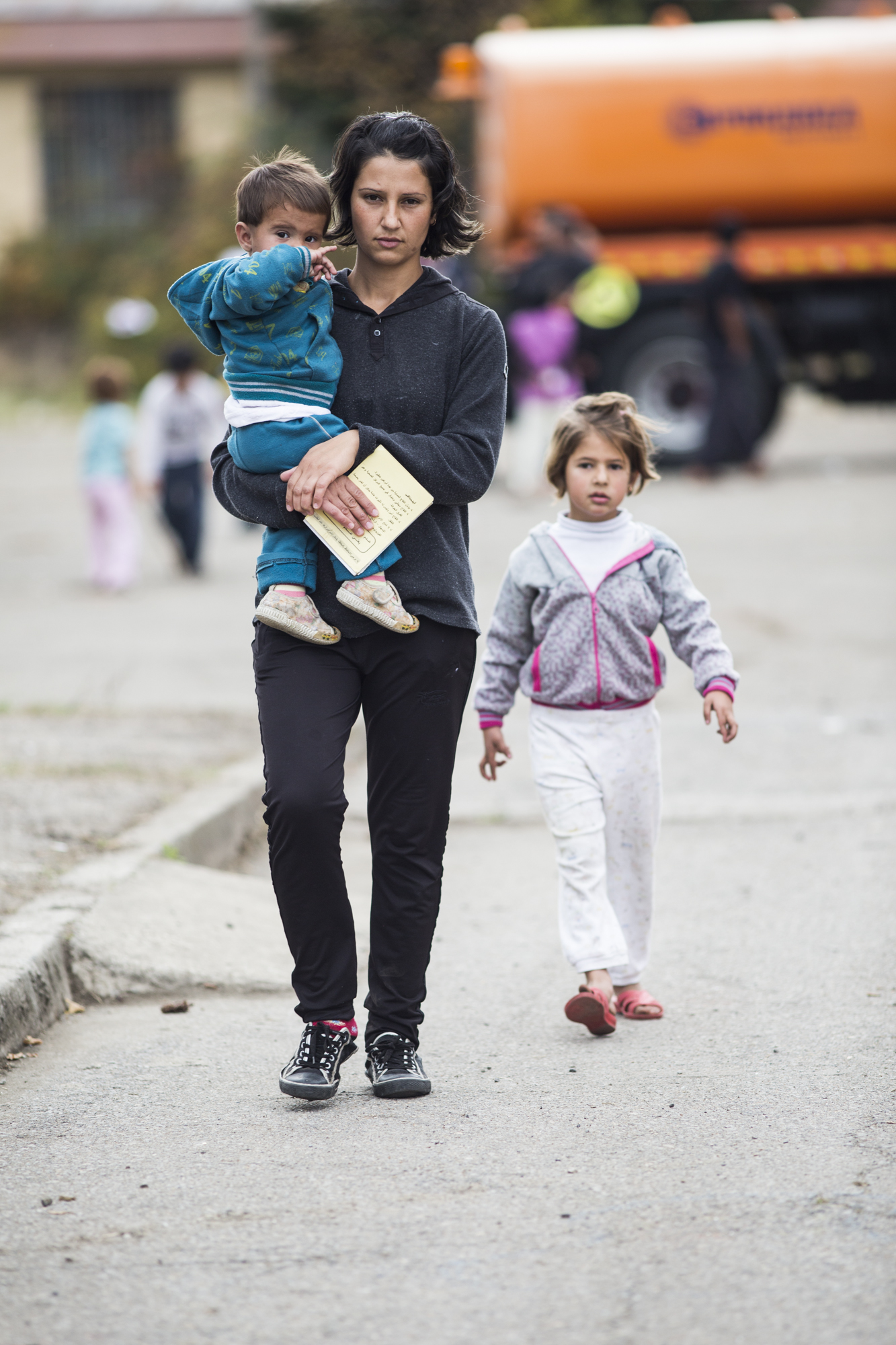 He and his team plan to visit all the reception centres, providing basic medical care and treatment, including hospitalization. They plan to set up weekly mobile clinic visits. Oscar said his team is also providing recommendations to the government: “You cannot just leave people in these conditions,” he said.

The majority of Syrians arriving in Bulgaria are escaping the recent violence between rebel factions in northern Syria; al-Qaeda linked groups have overtaken parts of the Kurdish region.

Many Kurds feel apprehensive about staying in their first country of refuge, Turkey, because of domestic politics: A Turkish Kurdish separatist movement, the Kurdistan Workers' Party (PKK), has been fighting the Turkish government for decades. Refugee camps in southern Turkey provide shelter mainly for Sunni Syrians. Other minority groups, such as Kurds, Alawis and Christians, have been mostly left to their own devices or are helped by co-religionists. Some of the Syrian Kurds who have arrived in Bulgaria say they are trying to reunite with family members in Western Europe.

In Bulgaria, newly arrived migrants and asylum seekers - those who have yet to submit a formal asylum application - are detained in a closed facility and treated as suspected criminals for having crossed the border irregularly, a process UNHCR describes as “additional trauma for victims of violence”.

After the asylum claims are registered - which can take as much as one year - they are moved to dormitory-style reception centres with freedom of movement. They have the right to remain there until their asylum case is heard and possibly appealed, which can take up to three years.

But the country’s current capacity of just 3,350 beds at state-run detention and reception centres is stretched to the limit, exacerbated by the sluggish processing time for registering and processing asylum applications. As a result, more than 900 people are currently living in the main reception centre in Sofia at the State Agency for Refugees, which was built with a 600-person capacity.

“For the last two months, all the rooms have been filled, and people have been sleeping on cots set up in the corridors,” said Elena Dimitrova, spokesperson for the State Agency for Refugees.

“Unfortunately,” she said, “there are too many of them. There is not enough money, food and no administration capacity.”

"There are too many of them. There is not enough money, food and no administration capacity."

With EU funding, the government plans to upgrade substandard facilities and open new reception centres. A temporary facility made of trailers opened last week in the south-central town of Harmanli; it is meant to accommodate 450 people.

But the government’s priority, Dimitrova and Marinov said, is to speed up the registration process for those seeking asylum or subsidiary protection. (Asylum is offered to those fleeing persecution in their home country, whereas those fleeing generalized conflict or the prospect of the death penalty or torture if returned to their home countries may be granted what is known as subsidiary protection.)

As such, the government plans to hire additional staff in order to reduce the initial application time to 21 days, thus moving people out of detention centres faster – a “positive development” welcomed by UNHCR.

A backlash against the arrival of several thousand migrants and asylum seekers has come from both the nationalist party Ataka and the opposition party of former Prime Minister Boyko Borisov, who has been pressuring the government to control the borders more effectively.

In response, the government unveiled a plan last week to build a 30km fence along a stretch of the Bulgarian-Turkish border that is difficult to patrol as it crosses a thick forest in the Strandzha Mountains. The government hopes the fence will ensure the points of entry are places where migrants can be more easily detected and apprehended. Where officials find no basis for asylum or protection, people have been jailed or deported.

“We fled because everyone was killing each other, and children were being kidnapped and sold,” said Zahra Omar Abdelatif, from Qamishli, Syria. Even if one had money, it was becoming impossible to buy food and necessities, she added.

The Abdelatif family paid smugglers $2,000 to get from Syria to the Bulgarian border. From there, they walked four or five hours across rough terrain. Now the family of five shares a room with seven other people in the former schoolhouse. Between them, they have three mattresses and a few dirty blankets. Her young children - ages 5, 3 and 1 - have not been feeling well, she said.

While the Bulgarian government is struggling to manage what it calls a crisis, civil society groups are stepping in to fill the gap. Last week, the Friends of the Immigrants group distributed 3,000 leva ($2,098) worth of food and 1,800 leva ($1,259) of shoes to 700 people living at Patrogor, a reception centre near the Turkish border. The Facebook group, which began with about 40 friends, now has about 2,000 members.

Still, an increasing number of migrants and asylum seekers are living on the streets or in makeshift accommodation. Asylum-seekers can waive their right to shelter and a stipend if they state they can support themselves and produce a document proving they have an external address. People desperate to get out of overcrowded reception centres often buy such documents on the black market, said Deniza Georgieva of the Bulgarian Helsinki Committee. UNHCR’s Cheshirkov says many of the 2,500 people now living on their own “are at risk of becoming homeless if they run out of money.” 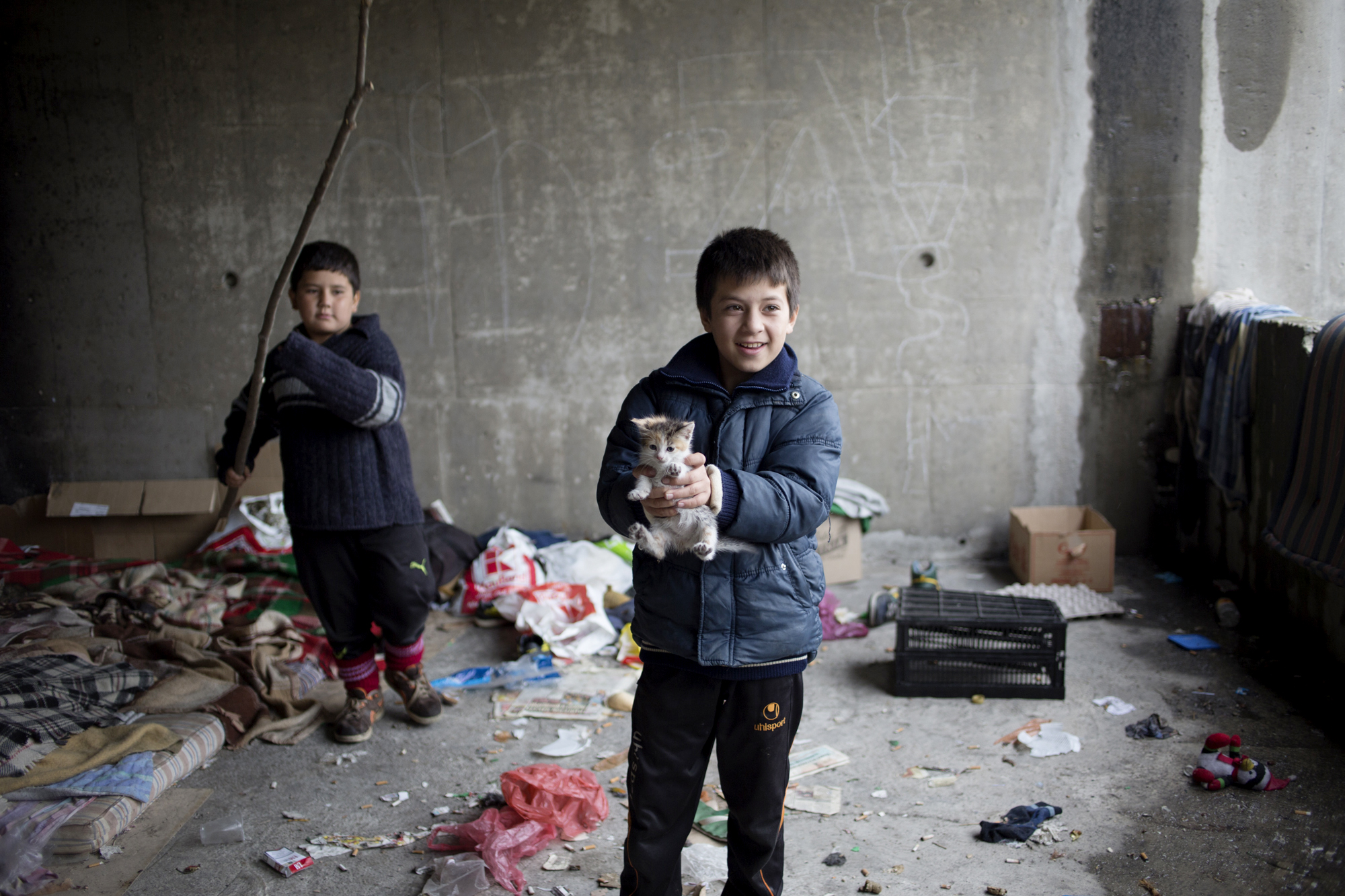 In addition, recognized refugees have only a matter of days to move out of reception centres once their applications are successful, at which time they stop receiving monthly stipends and risk becoming destitute.

They are entitled to receive a housing allowance for up to six months after they move out, but Georgieva said the State Agency for Refugees stopped paying for housing assistance last June, since it had run out of funds. “We have many families on the street because they don't have alternatives,” she explained.

On a cold and damp day last week, half a dozen Afghans, including men, women and two very young children, gathered around a fire in an unfinished cement building lacking water and electricity. The squat, which migrants have ironically named “Hotel Ritz”, is now home to Iraqis, Afghans, Pakistanis, Palestinians and Somalis.

At night as many as 20 people sleep there on thin mattresses on cold floors, exposed to the wind, according to Mohammad Ali Mohammad, a Somali whose application for asylum has been stuck in Bulgaria’s asylum system for three years.

“African immigrants are in the worst situation,” explained Bulgarian journalist Dimiter Kenarov. “They are discriminated against and feel increasingly isolated and left behind because all the aid is going to the Syrians,” he said.

“UNHCR reminds that people are fleeing persecution and armed conflicts from other parts of the world as well, and there shouldn't be discrimination based on origin,” Cheshirkov said.