“Funding to save people, in the aftermath, is driven by death tolls,” said Debarati Guha-Sapir, director of the Brussels-based Centre for Research on the Epidemiology of Disasters (CRED), noting that death tolls are also a good indicator for survivors who need life-saving assistance.

Unlike mortality data from natural disasters, the number of dead from armed conflict can be used for political purposes and thus become subject to manipulation or misuse, according to CRED, which has maintained an “emergency events” database on the occurrence and effects of more than 18,000 mass disasters worldwide from 1900 to the present.

The politics of numbers

In Egypt's current political crisis, death tolls have differed wildly depending on the source. In the hours following the forcible clearing of a mass sit-in of Muslim Brotherhood supporters by government forces on 14 August, the Brotherhood's initial death toll was 500, while state TV said four people had been killed.

The government’s toll has since risen to more than 600 while the opposition’s toll is more than three times as high.

Many of the dead in Egypt were taken to makeshift hospitals run by the Brotherhood movement itself, which made outside verification of the figures difficult. The official death count is based only on bodies that passed through a hospital.

Sudan’s Darfur conflict, which broke out 10 years ago and for which a ceasefire was signed in 2010, has generated a significant debate on death counts. The UN estimates some 300,000 died, while Khartoum puts the number closer to 10,000. In 2006 the US Government Accountability Office (GAO) published an analysis of mortality estimates from Darfur to examine the methodology behind death tallies.

In Darfur lack of access to some regions of the conflict, inaccurate population data and varied manipulations of baseline mortality rates (death rates in times of non-crisis) led to data shortcomings and disputed death estimates, the analysis concluded.

The US Department of State reported that between March 2003 and January 2005 a total of 98,000 to 181,000 people died, while five other studies produced estimates ranging up to nearly 400,000 people between February 2003 and August 2005. The GAO study judged none of the death tolls accurate, although it noted some estimates were more reliable than others.

A recent analysis (2010) of mortality estimates in Darfur based on retrospective mortality surveys estimated that the overall number of “excess” deaths (those attributable to crisis conditions and not just direct conflict) in Darfur between early 2003 and end of 2008 was some 300,000 people.

However, the authors acknowledged that the limits of data and problems over its interpretation that plagued earlier death tolls, persisted in theirs.

The Syrian conflict presents another data dilemma for mortality statisticians.

In a complex armed conflict as is the case of Syria, fatalities can be at the centre of political controversy with each party to the conflict wanting to downplay civilian deaths.

In August 2011 the UN Human Rights Council established the Independent International Commission of Inquiry to investigate human rights and international law violations in Syria. But lack of access hampered the commission’s efforts, whose investigations have been forced to rely primarily on interviews with people in camps and hospitals in countries neighbouring Syria.

“Initially, we adopted a methodology that required one of two things for us to count the casualty, A) our eye-witness actually saw the deceased and knew his/her name or, B) our witness was a family member, and knew that his/her family member was deceased,” said Vic Ullom, legal adviser of the Commission of Inquiry (COI).

According to the Centre for Documentation of Violations in Syria, an opposition website, the fatalities since the beginning of the conflict number some 69,000 people while the Syrian Observatory of Human Rights, run by a Syrian who fled 13 years ago who is now based in the UK, puts the conflict’s casualties closer to 106,000 people. Both networks report on casualties from both sides and say they gather their information from human rights groups and activists in Syria.

However, experts warn that in a conflict like Syria’s, while a reliable network on the ground can provide decent statistics, it can also be challenging. 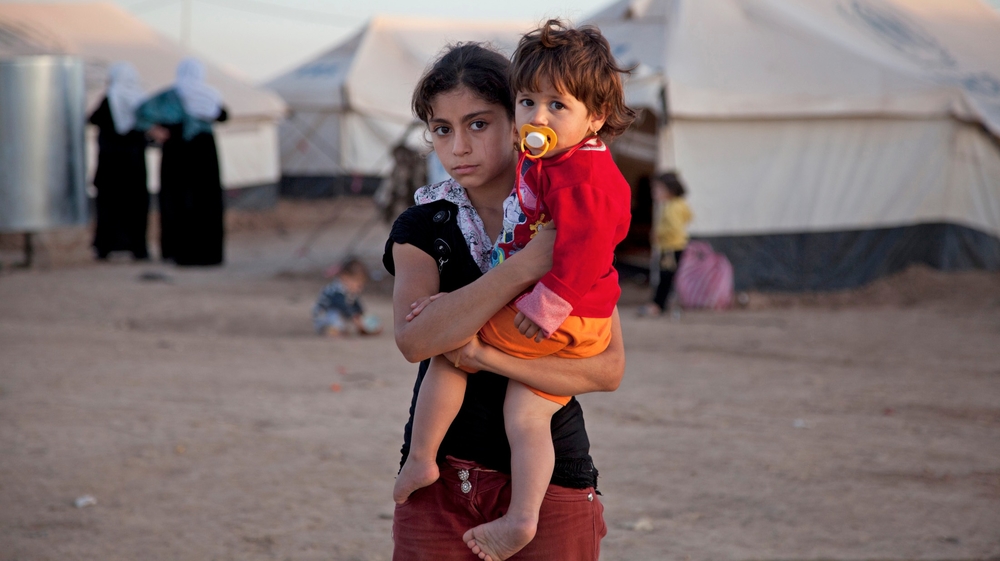 “They've got to be active and mobile, and they themselves [must] have good networks in the area that they cover. Being on the ground during a war, they will be very susceptible to all kinds of pressure, including to manipulate the numbers in favour of their political objectives,” said Ullom of COI, who added that it will be “extremely” difficult for such monitors to have access, but not favour either side.

In humanitarian emergencies, proper gathering, interpretation and use of mortality data can save lives as this database is the basis on which to plan a humanitarian response, say researchers.

Mortality rate is defined “as the number of deaths occurring in a given population at risk during a specified time period, also known as the recall period”. In emergencies it is usually expressed as deaths per 10,000 persons per day.

CMR refers to the number of deaths among all age groups and due to all causes, while U5MR refers to the deaths of children under five years of age, out of 1,000 live births during a specified year.

According to the humanitarian guidelines known as SPHERE standards a CMR or an U5MR that is double the pre-crisis mortality rate indicates a “significant” public health emergency.

But one longstanding challenge of tallying death tolls in armed conflicts is whether to count deaths from “war-related causes”, including starvation due to lack of access to farmland in the line of fire, or from treatable diseases and minor wounds when patients cannot get treatment.

Several efforts have been made to standardize methodologies including the Standardized Monitoring and Assessment of Relief and Transitions (SMART), a network of organizations and humanitarian practitioners that has published a protocol for nutrition and mortality assessments.

But getting practitioners on the ground to apply these standards under duress is another matter.

CRED’s Guha-Sapir added: “At this time, there is no agreed-on methodology or even guidelines that could help operational workers who are on the ground to estimate the dead.”

The Harvard Project on monitoring, reporting and fact finding has been researching for the past two years guidelines on a common investigative methodology for mortality statistics. The project targets the work of fact-finding missions and commissions of inquiry mandated by the UN and entities such as the European Union.

A major challenge for such missions is they do not compile raw data, but rather, rely on often unreliable casualty statistics compiled by other organizations.

“Commissions of inquiry frequently operate under broad mandates under scarce resource and time constraints,” Rob Grace, program associate at the Program on Humanitarian Policy and Conflict Research (HPCR) at the School of Public Health at Harvard University, told IRIN.

Security restrictions are another added worry.

“Other challenges involve lack of territorial access in situations in which the host country has not granted the commission on-the-ground access, and ad hoc territorial access restrictions imposed, for example, by armed groups that control territory,” said Grace.

For Guha-Sapir, a systematic review of how governments and organizations, including the Red Cross and UN, calculate their death tolls is crucial.

The International Committee of the Red Cross (ICRC) does not conduct mortality surveys during conflict, but rather relies on mortality data from health centres it supports, according to its health unit. For non-conflict mortality data, it relies on national health authorities, local civil society groups, and both national and international NGOs.

“They [governments and organizations] undoubtedly do their best in very chaotic conditions but it is first important to know how they do it. This can give some important insights into what the constraints are and also build from experience,” Guha-Sapir said.