Civil society groups are taking on the policies of the Alliance for a Green Revolution in Africa (AGRA), which promotes the use of genetically modified (GM) crops and Green Revolution technologies.

They argue that GM and Green Revolution practices - those aimed at increasing developing countries’ crop yields through specific innovations - will, in the long run, be detrimental to ecosystems across the continent. Earlier this month, a coalition of almost 60 civil society groups across Africa came out to protest AGRA ahead of the G8 Summit in London.

“Green Revolution technologies benefit relatively few farmers, often at the expense of the majority. These technologies produce concentration of land ownership, increasing economies of scale (production has to be at a large scale to get into and stay in markets), and a declining number of food-producing households in a context of limited other livelihood options,” they said in a letter sent to AGRA’s president, Jane Karuku.

They also believe that the intellectual property of many plant types may be transferred to large multinational corporations as part of Green Revolution practices.

“Private ownership of knowledge and material resources (for example, seed and genetic materials) means the flow of royalties out of Africa into the hands of multinational corporations,” they said.

Technology for the needy

AGRA was founded in 2006 through a partnership between the Rockefeller Foundation and the Bill and Melinda Gates Foundation. It works with smallholder farmers across the continent by giving them microfinance loans, hybrid seeds and fertilizers to increase their crop yields. In this way, AGRA hopes to alleviate hunger and poverty across the continent.

“There are millions of skilled farmers in Africa who simply need the tools,” said Sir Gordon Conway, a scientist and author of One Billion Hungry: Can We Feed the World?, speaking by video message at an agriculture conference in Nairobi. In his book, he argues that both microcredits - to help smallholder farmers - and macro-investment are needed for farmers to benefit from Green Revolution technologies.

He believes traditionally marginalized groups - such as women, youth and ethnic minorities - will benefit from the use of new agricultural technologies targeted at smallholders, and that the total number of hungry will be drastically reduced. For example, Conway calculates that by ensuring female farmers have access to the same productive resources as men, the number of undernourished people globally could be reduced by 100 to 150 million.

“If we are going to feed some 9 billion people by 2050 and do that in environmentally sustainable ways and in the face of climate change, then we are going to need access to the very best that modern science can offer,” said Peter Hazell, a leading agriculture expert who has worked with the World Bank and International Food Policy Research Institute. “All technologies have risks (e.g., cell phones may cause brain cancer) but as these things go, GM crops seem to be doing rather well.”

But civil society groups disagree. “AGRA aims to move farmers in exactly the wrong direction, by encouraging them to take on debt in order to use more agrochemicals and corporate hybrid seeds,” Teresa Anderson of the Gaia Foundation told IRIN.

“For many years, NGOs across Africa have worked with farmers to encourage them to stop using fertilizers and pesticides, and to improve their soil health, their ecosystems, their seed diversity and their food sovereignty. AGRA is undoing a decade of agro-ecological progress in Africa by getting farmers into debt and back on the agribusiness treadmill,” she said.

"World over, the same companies that own the seeds also own the chemicals; it is a mafia-like cartel that has proven to be ruthless towards poor small-scale farmers"

Genetically modified crops are allowed to be used commercially in only three countries in Africa - Egypt, Burkina Faso and South Africa - according to Gareth Jones of the African Centre for Biosafety. Of these countries, only South Africa uses them extensively. Jones believes it is a mistake to think their model could be replicated elsewhere across the continent.

“The legacies of colonialism and then apartheid left South Africa with a well-resourced and supported white commercial farming sector, many of whom (including maize, cotton and soya farmers) cultivate on large pieces of land, using modern inputs,” he told IRIN via email. “Projects to get smallholder farmers in South Africa to grow GM seed such as in the Makhathini Flats, though much heralded by the biotechnology industry at the time, have been largely unsuccessful.”

The Makhathini Flats project, which started to grow cotton in 2002, ended after just five years. High loan repayments on the seed and poor climate meant that smallholders were unable to afford to grow the crop. “There is no reason to believe that the introduction of GM seeds would have different results in the rest of the continent,” Jones said. He accuses initiatives such as AGRA of spurring the push for greater use of genetically modified crops on the continent.

“We are concerned that as a result of the AGRA seed program, the rich pool of African indigenous seed varieties will become the property of corporate seed companies, displacing and reducing farmers’ access to indigenous varieties, and locking them into an expensive high-input agricultural system,” they said. Signatories included the African Biodiversity Network, the African Centre for Biosafety, Kenya Biotechnology Coalition, Participatory Ecological Land Use Management, and ActionAid Tanzania and Uganda.

These groups cite a 2009 study by the International Assessment of Agricultural Knowledge, Science and Technology for Development, conducted with the UN Food and Agriculture Organization (FAO), UN Environmental Programme, World Bank and others, which concluded that industrial agriculture is not likely to be majorly beneficial in mitigating hunger and poverty.

In 2009, the three largest seed companies controlled more than a third of the global seeds market, according to a 2011 study commissioned by the Commission on Genetic Modification. 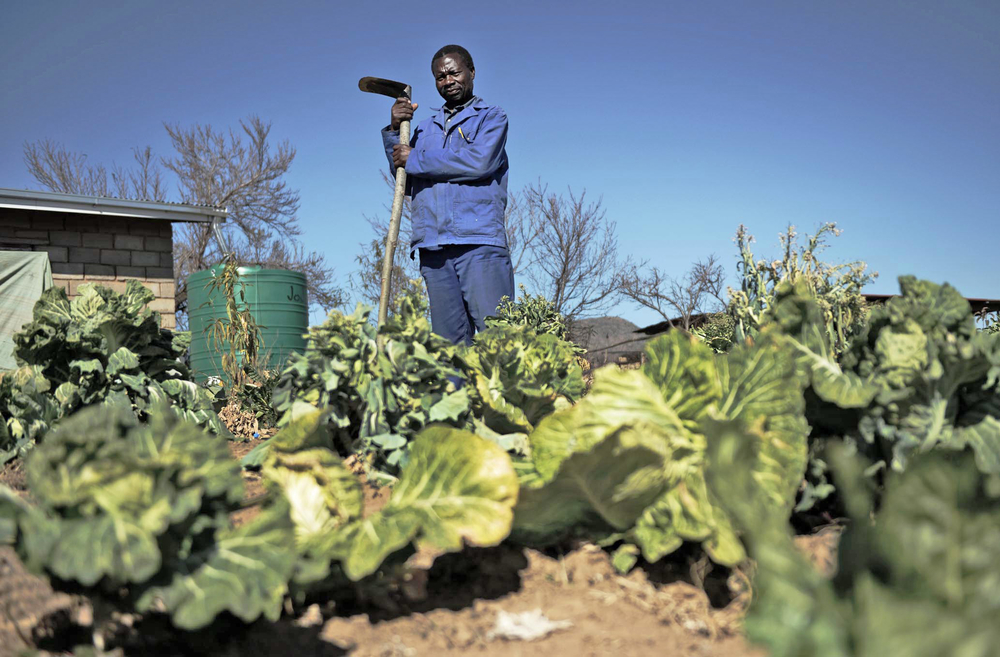 Under most current legal frameworks, farmers growing patented seeds are not allowed to use the seeds naturally produced from their crops.  Large firms such as Monsanto routinely sue farmers who propagate their patented crops.

“World over, the same companies that own the seeds also own the chemicals; it is a mafia-like cartel that has proven to be ruthless towards poor small-scale farmers,” Ruth Nyambura of the African Biodiversity Network told IRIN.

But Karuku, AGRA’s president, insists the organization tries to collaborate with local partners to develop new breeds of seed. In Kenya, she said, they work with the Kenya Agricultural Research Institute, which then owns the patents to the seeds, not large multinational corporations.

She also pointed to growing populations and said that scarcity of land meant that African farmers needed to increase the productivity of their crops. With 239 million undernourished people in Africa, according to the FAO’s State of Food Insecurity in the World 2012, she said there is a need for strong action. “If we don’t do anything, it will be way more than that,” she said. “We should be worried.”

“Nobody forces farmers to grow GM crops, so if they prove less profitable than the alternatives, farmers will simply stop growing them,” noted Hazell. “Farmers have been able to reduce the use of pesticides on many GM crops with significant environmental and health benefits.”