Prevention may be better than a cure, but for the authorities in Arab cities and towns, natural disasters up to now have been largely about coping with them after they have taken place.

“We react to disasters without any planning; we just go for the response, and you know that without any planning you can’t do the proper things,” Abdulmalek Al-Jolahy, first deputy minister at Yemen’s Ministry of Public Works and Highways, told IRIN.

But disaster prevention experts say the region took a step in the right direction this month, with the official finalization of the Aqaba Declaration on Disaster Risk Reduction in Cities.

City mayors and representatives from some 40 cities and towns in the region, including Aqaba, Gaza, Mogadishu and Tunis, drew up a provisional agreement on non-binding commitments over the next five years at March’s Aqaba conference, a document which this month became final following further consultations.

The targets include devoting at least 1 percent of cities’ annual budgets to DRR, preparing a risk assessment report to guide urban development planning, and implementing at least one law to improve safety.

The Arab officials agreed to meet in 2015 to review their performance, though otherwise there is no formal mechanism to monitor progress.

If officials follow through on their agreement it would be an important step in reducing risk - including from flash floods, landslides, earthquakes, tsunamis, droughts, sandstorms and tropical cyclones - for the region’s inhabitants, over 55 percent of whom live in urban areas.

Population growth in the Arab region is among the highest in the world, with the urban population more than quadrupling since 1970 and expected to double again by 2050, according to UN-Habitat’s State of Arab Cities 2012 report.

“The region’s environment and wealth are increasingly concentrated in a small number of highly vulnerable cities and many such communities are at risk from multiple hazards,” said Djillali Benouar, director of the Built Environment Research Laboratory at the University of Science and Technology Houari Boumediene in Algeria.

“Many recent disasters in the last decades had their main impact in urban areas where there is a large concentration of people with a heavy dependency on infrastructure and services.”

The problem has been exacerbated by the influx of people displaced by conflict who often settle on sub-prime land - either flood prone lowlands or unstable hills, and with 87 percent of the region classed as desert, urban centres play a vital role in the economy - making any disaster in a major city a national catastrophe.

“Many of these cities are almost equal to the country - Djibouti for example. Take Cairo and Beirut as well. You only have one major civil airport in Lebanon and it’s in Beirut,” said UNDP’s Murshed, adding that many of these Arab cities were sitting on major seismic fault lines.

The past destruction of cities like Damascus, Aleppo, Beirut, Algiers and Alexandria is an indication of the potential threat from earthquakes alone.

Disaster risk experts say the Arab region has been relatively lucky in the last century, but even so, there have been more than 270 disasters, and at least 150,000 deaths in the past three decades.

Natural hazards may be impossible to avoid, but good DRR can make the difference between an event that destroys growth for many years to come, or simply knocks the city back for a few months.

“If cities and local governments decide to tackle these issues then they will really reduce global risk,” said Margareta Wahlstrom, special representative of the UN Secretary-General for DRR.

The motto: Be prepared

Natural hazards become disasters especially when they hit ill-prepared vulnerable communities, but cities can do more to be better prepared - from setting up early warning systems, building the institutions and infrastructure to better handle disasters, to gathering an accurate picture of the risks they face.

The Jordanian port city of Aqaba was recognized last month as the UN’s first “role model city for DRR” and has implemented a number of measures to reduce risk. 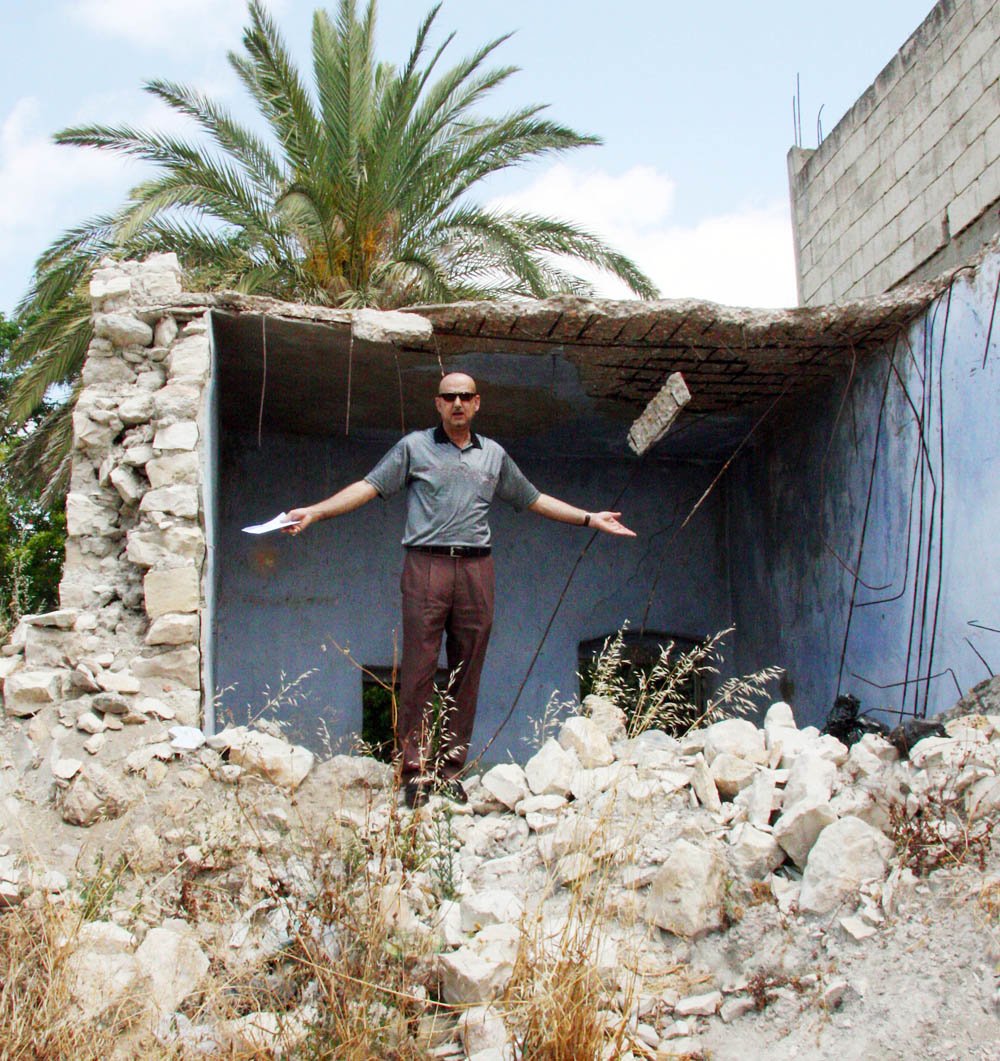 In a corner of the Aqaba Secondary School for Boys a shipping container provides a base for the city’s Neighbourhoods Disaster Volunteers. Inside shelves are lined with first aid kits, pick axes, power tools, reflective jackets, among other things, all regularly inspected by the volunteers.

“In this team, we have to be prepared 24 hours a day to help people and reduce the effects of disasters. By being prepared, we can manage any disaster,” said Nouh Al Khattab, one of the volunteers.

“The volunteers are normal people just like you and I - living in the neighbourhood; women, men, young, small, normal employees. We meet twice a month.”

Jordan’s three main cities (Amman, Zarqa and Irbid) - with more than 70 percent of the population - are 30km or less from the Dead Sea Transform fault line which divides the African and Arabian tectonic plates.

Aqaba sits close to the fault line as well, and a 7.3 earthquake in 1995 killed at least eight people and damaged buildings throughout the city. Over the last 2,500 years, the area has seen some 50 serious earthquakes.

In 2006-7 UNDP helped ASEZA carry out a seismic risk assessment of the city to determine vulnerabilities.

While earthquakes may be a natural phenomenon unlinked to human activity, construction norms can make a big difference to the scale of the disaster. As Jalal Al Dabeek, director of the Urban Planning and DRR Centre at An Najah National University, Palestine, says, “Buildings kill people, not earthquakes.”

Engineers and officials are drawing up a regional Arab building code, but even when it is agreed, the regulations will need implementing and enforcing in practice.

“We are definitely worried. Many cities like Aqaba are prepared but at the same time there are others which are not really prepared, and this is a worrying thing,” Shahira Wahbi, head of Sustainable Development and International Cooperation at the League of Arab States, told IRIN.

The danger of uncontrolled construction on wadis was highlighted during the 2009 floods in Jeddah, Saudi Arabia, when more than 150 people were killed after a sudden downpour (90mm of rainfall in four hours - twice the average yearly rainfall).

"The people are not prepared. Nobody talks about that. It will be panic. People will be killed" Djillali Benouar, seismologist

Many of those who died in Jeddah were migrant workers living in slums build in the wadis. A highway junction built in one of the wadis was also submerged killing drivers and creating widespread destruction.

The Al-Shallalah community in Aqaba, built near a dry wadi, was hit by flash floods in 2010 causing several deaths. ASEZA decided to move the 5,000 residents from the area: 700 families went to a new development in Al-Karamah, while the rest were given vacant land and compensation.

Flooding prevention can often require major expenditure. In Al Mukalla, the capital of Yemen’s Hadhramaut Governorate, three river valleys converge on the port city creating frequent floods. Residents dug a 600-metre channel through the city centre to allow the waters to flow unhindered into the ocean.

Of the 1,419 cities and towns that have joined the scheme, around 270 are in the Arab world, almost all of them in Lebanon where 87 percent of the population lives in urban areas. In February, Nablus became the first Palestinian city to join the resilience campaign.

But overall, DRR experts say most Arab cities continue to prioritize other more palpable issues like water shortages and security, and are almost completely unprepared for major disasters like earthquakes, despite the devastating impact they can have.

“The people are not prepared. Nobody talks about that. It will be panic. People will be killed, not just by the earthquake and things falling down, but from the panic because they don’t know what to do,” Benouar from the university of Science and Technology Houari Boumediene in Algeria, told IRIN.