The Sahel food crisis this year put an estimated 18.7 million people at risk of hunger and 1.1 million children at risk of severe malnutrition, prompting the largest humanitarian response the region has ever seen and averting a large-scale disaster. But emergency responses are rarely smooth and there is always room for improvement. IRIN spoke to Sahel aid practitioners, analysts and donors to discuss what hampered the response, and what needs to be done to improve response in the future.

As early warning data came in, aid agencies and food security analysts interpreted it very differently, creating some confusion and slightly slowing down the response of donors. The debate “diverted energy away from scale-up, which was the priority,” said Stephen Cockburn, West Africa advocacy adviser for NGO Oxfam.

The issue lay in different means of interpreting early warning signals - food production across the region was down by just 3 percent, but severely high food prices (30-80 percent higher than the five-year average), lack of jobs, border closures between Niger and Nigeria, and the Mali crisis, were jarring enough to throw people into a crisis, and pushed agencies to call for a US$1 billion (it later became $1.6 billion) aid response.

“The circumstances that cause vulnerability have changed,” said Sahel expert Peter Gubbels, with NGO Groundswell International. “With food prices that high, you don’t need a drought to spell a crisis, the drought merely stimulated these dynamics.”

Pastoralists are affected by food access issues earlier than other groups and need support to access animal fodder, water, vaccinations and to destock, in March and April, not May and June.

This need is rarely reflected in early warning or response, said aid agencies. Pastoralists’ needs are still relegated to a few specialist NGOs rather than being addressed through national systems and as a result they remain marginalized, said Gubbels. Further, the Food and Agriculture Organization (FAO), which could be a vocal advocate on their behalf, did not clearly ring the alarm bell to donors on their needs, said NGOs.

Donors were swift to fund food security and nutrition efforts and their response “went beyond the traditional nuts and bolts” this year, for instance addressing some of the water and sanitation aspects of malnutrition in their response. But funding to other sectors - notably agriculture, water and sanitation and (particularly relating to the Malian displaced) education - lagged.

“Agriculture is key to rebuilding food security in 2013,” said UN humanitarian coordinator for the Sahel David Gressly, yet FAO had received just one third of its $125 million funding requirement by October, and partly as a result could only reach 53 percent of the 9.9 million people it was targeting (as of the end of August), according to the UN Office for the Coordination of Humanitarian Affairs (OCHA). Health was 18 percent funded across the nine affected countries, WASH 24 percent, and education 7 percent, according to OCHA.

“There is no point in saving malnourished children’s lives only to lose them to an epidemic or to diarrhoea or malaria,” said Gressly. “We have a better understanding of the package of interventions required. Now we need to have interventions that cover them.”

A mother and her malnourished children at Mopti reference hospital in central Mali, July 2012. Malnutrition rates - both chronic and acute - are always unacceptably high in Mali, whether harvests are good or bad 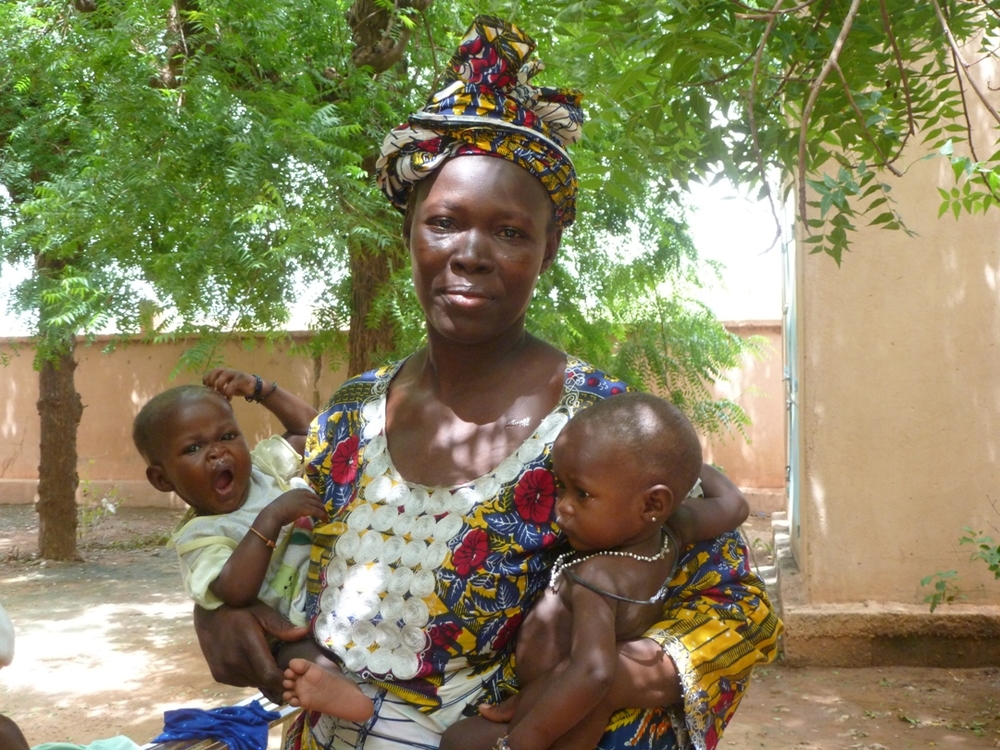 Preparedness is also severely under-funded, with disaster risk reduction (DDR) still making up just 4 percent of humanitarian funding. Further, it remains a centralized activity when instead “each district authority needs a plan… Preparedness is not at the national level, that’s DRR 101,” said Gubbels.

While early warning was for the most part good, and most actors across the humanitarian community geared up as fast as they could, time was still lost at the beginning, partly because aid agencies used to working in a development context found it hard to shift into humanitarian gear, noted Cyprien Fabre, head of European Union humanitarian funder ECHO in West Africa. Some NGOs, including Plan International, said funding took a while to trickle down from donors to multilateral agencies and in turn to NGOs. However, speed picked up in early 2012, interviewees agreed.

Some three million children were estimated to be moderately acutely malnourished in the Sahel this year, despite greater awareness of the need to prevent moderate acute malnutrition (MAM); initiatives such as the SUN movement, which aims to reduce under-nutrition; and a shift in approach from WFP to included MAM prevention through its blanket feeding. National governments and donors still have not prioritized MAM enough, said UNICEF West Africa nutrition adviser Felicité Tchibindat. More help is needed through national health and nutrition strategies, cleaner water and sanitation and better education on nutrition and public health, say experts.

Despite good early warning, better use of regional markets (where one third of the food aid was sourced) and much faster procurement procedures; border closures, insecurity, and other logistical challenges led to food pipeline delays in some countries, notably Chad and Niger.

In Chad WFP had to resort to transporting food through Sudan, which is a long and insecure route requiring escorts. “It was a painful exercise,” said Rico. Rations in Niger had to be cut and targeted to fewer people because of shortages. But it is “always going to be tough sourcing food from so many different pipelines over such a vast region,” said Rico, particularly when constrained by insecurity in Nigeria and Mali, and the combination of rains and poor roads. WFP staff met last week at its Rome headquarters to figure out how to continue to improve its supply-chain.

There was no regional West Africa humanitarian appeal launched in 2011 or 2012, leaving fundraising to a series of national appeals, some of which were early (Niger) but others which came as late as June, creating confusion over how much money was needed for the crisis. UN and NGO humanitarian leadership group the Inter-Agency Standing Committee estimated US$724 million was needed based on initial appeals, a figure that was in use until June 2012, despite agencies predicting in January that they would need at least $1.2 billion; and WFP alone stating it would need $808 million to address food security. The figure has since been revised up to $1.6 billion. On the whole, donors gave more, and more quickly, to the Sahel this year, said OCHA head of programmes in West Africa Noel Tsekouras, but some say the confusion eroded the confidence of smaller bilateral donors to fund in large quantities.

Resilience must go beyond humanitarians 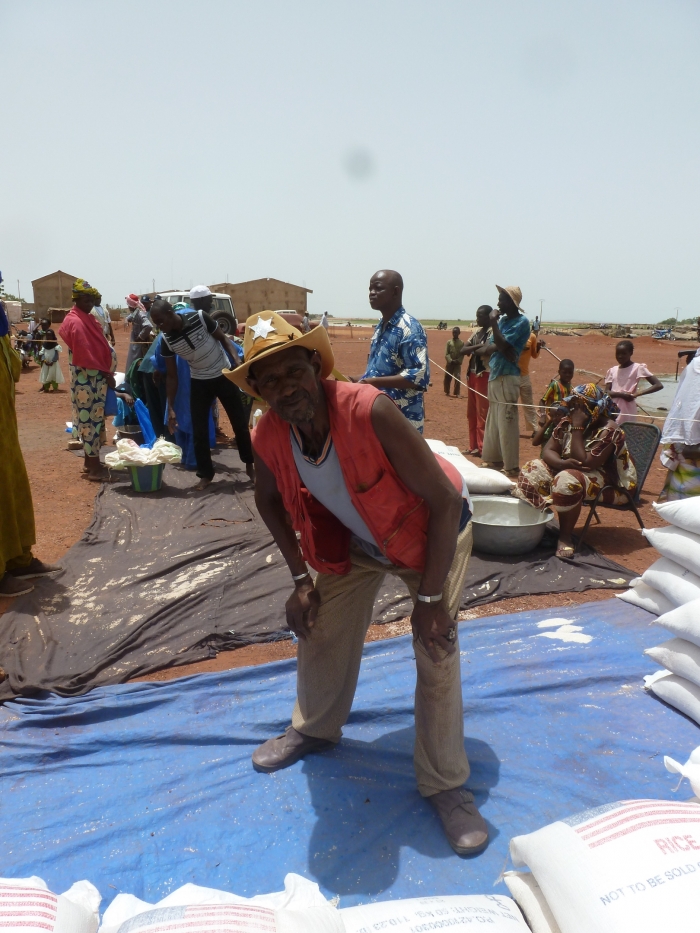 Anna Jefferys/IRIN
WFP delivers food aid to northern Malians who have fled south to the environs of Mopti, just south of the area held by Islamists. Much of the food aid is delivered by motorised pirogue

“Development actors remain in the neo-liberal paradigm where economic growth will help people out of poverty… but robust economic growth in the Sahel has been coupled with increasing food insecurity and malnutrition - there is something wrong with the development model,” said Gubbels.

Investment in agriculture - key to resilience in the Sahel - tends to focus on high-input development in areas of the Sahel with high potential (such as southern Mali), overlooking small-scale farmers who grow in ecologically fragile zones. Look to Brazil for inspiration, says Gubbels, which has two agriculture ministries: one focuses on exports, the second on the needs of small-scale peasant farmers.

Social protection schemes for the poorest are also fairly undeveloped in the Sahel - be they targeted cash or food distributions (from national reserves), employment programmes, or healthcare benefits for children - and need to be prioritized. Niger is talking about social protection, but others need to do the same, says Gubbels.

As opposed to 2010, when food markets functioned quite well, in 2011-2012 prices in some markets were 80 percent higher than the five-year average, meaning any efforts to lower prices would have to be at an enormous scale to have an impact, said WFP food security analyst, Jean-Martin Bauer. Thus when national governments subsidized and made available their national cereal stocks, it did not have a widespread impact (other than in Mauritanian capital Nouakchott) as the amounts were too small.

“It is also a very expensive intervention,” Bauer told IRIN. “A better use of money would be to target aid to the most vulnerable groups.”

Some governments took a knee-jerk response to restrict trade - for instance, Burkina Faso stopped cereal trade to Niger during the lean season - but rather than lower prices domestically, it slowed down domestic trade, as wholesalers held back their available stocks, noted Bauer.

Trade was also restricted between Mali and its neighbours Burkina Faso and Mauritania, partly linked to insecurity. All West African states need to come together to set up a common agricultural market, which would enable surpluses and deficits to better work themselves out, and could stabilize prices across the region, Bauer said.

The scale-up of cash and cash vouchers is generally seen as a positive development, but given the volatility and dynamism of West African food markets (“here markets can change completely every year,” remarked Bauer), a better understanding of when to choose food or cash is needed, he said. “The type of analysis we need in the humanitarian sector must start to change.”

SAHEL: What went right in the crisis response?