This article is part of our in-depth coverage. Read more like this...
JAKARTA

Nearly one in four men surveyed in the Asia-Pacific region admitted raping a woman or girl, according to the first multi-country study on the prevalence of rape and partner violence and the reasons behind it.

While the prevalence of reported rape of non-partners was high across the Asia-Pacific, sexual violence against female partners was more widespread, according to the UN study, which interviewed some 10,000 men and 3,100 women in Bangladesh, Cambodia, China, Indonesia, Sri Lanka and Papua New Guinea (PNG) between 2010-2013.

Responses in PNG showed the highest rate of violence against women in the region, with about 62 percent of the men interviewed there indicating they had raped a woman.

Some men reported experiencing rape by other men as adults. The lowest prevalence of male rape, 2 percent, was found in the Indonesian cities of Jayapura, capital of Papua Province, and Jakarta, the national capital, while the highest, at 8 percent, was in Bougainville, PNG.

The autonomous region of Bougainville in PNG was devastated by a violent civil war - among the longest and bloodiest in the Pacific - between separatist rebels and the government from 1989-1998.

Thousands of residents, some 10 percent, died in the conflict, in which rebels and government forces alike reportedly “used rape, humiliation and forced marriage as war tactics”, according to a 1997 Amnesty International report.

A young girl at the Mangem IDP centre in northern Papua New Guinea. IDP girls and women state that there are cases of sexual abuse and domestic violence 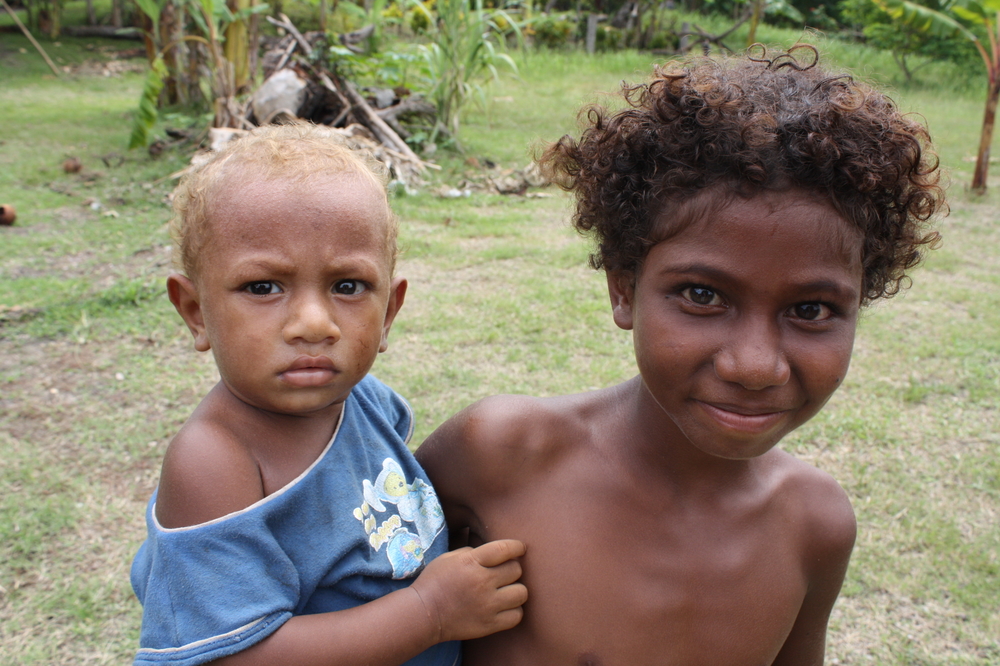 Interviews conducted by the UN Development Fund for Women (UNIFEM) in 2003 indicated criminal groups used the conflict to justify rape. A nun told UNIFEM that life for women during the conflict was like living “between two guns”.

In the years following the conflict, women continued to feel threatened by weapons still in circulation, according to one local development agency cited by UNIFEM.

But even outside this bloody theatre of war, and years later, the situation remains grim for women.

"The problem is bad. We pretend that it is not there," Ume Wainetti, head of the Family and Sexual Action Committee, a government programme set up to address gender violence, told IRIN in March 2012.

The country’s National Executive Council (similar to a cabinet) has endorsed a Family Protection Act, which is currently before parliament. It would criminalize domestic violence, strengthen 2009 legislation prohibiting violence against children and enforce protection orders.

Masruchah, deputy chairwoman of the independent National Commission on Violence Against Women, which was founded by the government of Indonesia, told IRIN that gender violence in Indonesia remains widespread, even after the government issued legislation to protect women; a 1984 law bans discrimination against women while a 2004 law criminalizes domestic violence.

"The men's admission is the tip of the iceberg," said Masruchah, who like many Indonesians goes by one name. "Very few men are honest enough to admit they have committed rape."

The commission recorded more than 216,000 cases of violence against women in 2012 (the country has an estimated 118 million women), with at least 20 women being raped daily in Indonesia, she said. And these are only incidents reported to authorities.

Masruchah said women in Indonesia are often resigned to the dominant cultural perspective on gender violence.

"Many victims choose not to report because of family pressure, and sometimes because communities put the blame on them," she said. "Police often have to release perpetrators of sexual violence at the request of their wives and partners."

The most common motivation perpetrators gave for rape was a sense of sexual entitlement - the belief that men have a right to sex with women regardless of consent (73 percent of respondents). More than half said it was for entertainment (53 percent), while alcohol, often assumed to be a common trigger for violence, was the least common response.

Men who had themselves been victimized - abused, raped or otherwise sexually coerced - were more likely to commit rape than those who were not, the study found. Past violence toward a partner, having paid for sex or having had many sexual partners were all associated with increased likelihood of raping a non-partner.

Emma Fulu, a researcher at Partners for Prevention, a joint programme of the UN Development Programme, the UN Population Fund, UN Women (the successor of UNIFEM) and the UN Volunteers programme in the Asia and the Pacific, based in Bangkok, Thailand, that conducted the survey, wrote in the UK medical journal The Lancet: “Surprisingly, our results show that although some overlap exists, physical and sexual violence do not always appear to be committed together, or for the same reasons, in different regions.”

In the same journal Rachel Jewkes of South Africa’s Medical Research Council concluded: “In the view of the high prevalence of rape worldwide, our findings clearly show that [rape] prevention strategies need to show increased focus on the structural and social risk factors for rape. We now need to move towards a culture of preventing the perpetration of rape from ever occurring, rather than relying on prevention through responses.”