In spite of the death more than a year ago of key commander Paul Sadala, known as “Morgan”, his Simba militia continue to wreak havoc in Mambasa, a vast territory of more than 35,000 square kilometres in Ituri Province, in northeastern Democratic Republic of Congo.

On the night of 5th and 6th of December, armed militiamen attacked two Mambasa mining facilities, located between the towns of Niania and Isiro.

During the attack, 47 people were kidnapped, one woman was gang-raped by nine assailants, and a horde of valuable goods was carted off into the forest. This was just one of several incidents in December. Some 40 other civilians, most of them women, were also kidnapped from the Bakaiko mining area, also by Simba militia.

“We have no news of these hostages,” Alfred Bongwalanga, administrator of Mambasa Territory, told IRIN.

And this doesn’t seem to be the end of the violence in the region, which is home to some 500,000 people. In mid-December, Simba militia distributed leaflets threatening to attack two other localities: Mabukusi and Epulu.

“The security services have collected leaflets from several different villages,” Bongwalanga told Radio Okapi. “It’s just like what already happened in Makubusi. They warn us in advance before carrying out their assault,” he said, referring to a previous attack on that village in November.

Mambasa civil society president Kiski Maulana told IRIN that Simba militia attacks across Ituri Province over the past year have seen hundreds of civilians, the majority of them women, abducted – many of them also raped. The militia also burn down people’s huts, forcing them to move.

“Since Morgan’s death (in April 2014), two other leaders have taken the helm, Manu and Mangaribi, close allies of the former rebel chief,” said Maulana. “Until these two leaders are apprehended, the Simba militia will always be active.”

The Simba militia is a broad term for several Mai Mai groups operating in the region. The number of fighters is unknown. According to Bongwalanga, they are most active in Bakaiko, an isolated region located where the territories of Mambasa, Béni, and Lubero intersect.

“Here, they surround mining areas and villages, kill a certain number of civilians, kidnap others, rape the women, and steal valuable goods, like minerals,” he said.

Maulana agreed. “They have no clear ideology,” he said. “All they do is sabotage the efforts of the Okapi Wildlife Reserve (a UNESCO World Heritage site that occupies about one fifth of the Ituri forest). These are simply criminals involved in poaching and the trafficking of natural resources: notably minerals and wood. They have no desire to one day rule Mambasa.”

“And to get arms and weaponry, they attack the Congolese soldiers tasked with protecting certain mining facilities and the Okapi Wildlife Reserve,” added Bongwalanga. “They are obviously doing well, because there are now fewer soldiers on these sites.”

‘To be a woman is a misfortune in Mambasa’

Human rights group GADHOP has been documenting cases of sexual violence against women perpetrated by Simba militiamen, recording 150 abductions and rapes in 2015 alone.

“When they surround the mining areas and the villages, they also take the fleeing women to their camps and use them simply as sexual slaves, and that goes on for several months,” Kitakya said.

Last September, IRIN travelled to Manguredjipa, in the neighouring territory of Lubero, and met up with a group of women who had just escaped from the Simba militia and who spoke of the pain of living as sex slaves in their forest camps.

“In Mambasa, to be a woman is really a misfortune,” said Kasoki, a woman in her 40s who escaped in July 2015 after spending about a month as a captive. “The militia attack the villages, and in addition to stealing everything, they also rape the women. Worse still, they take the victims with them into the bush to keep them as sex slaves.

“On the way, as well as after we arrive, we are obliged to have sex with the men, who take it in turns to rape us, without respecting our menstrual cycles. I have never had to live through such an ordeal.”

As sex slaves, the women can’t have children, even if a militiaman gets them pregnant. 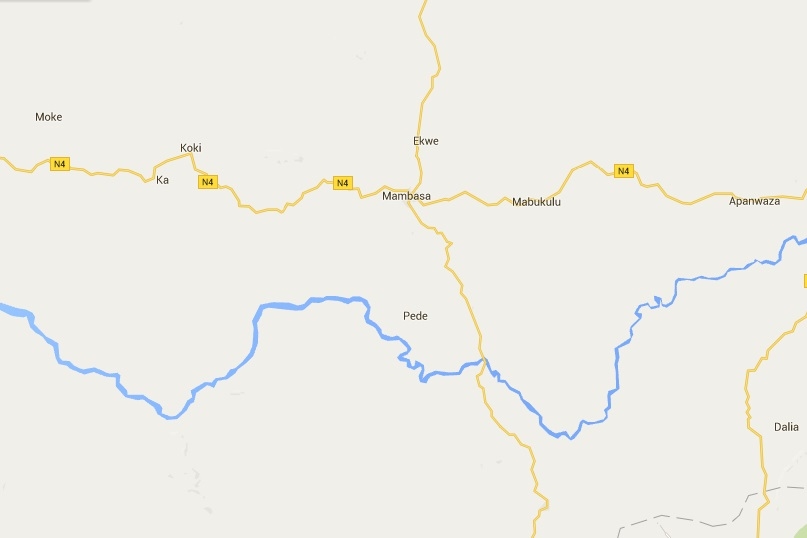 Anne, a 14-year-old orphan whose parents were killed when she was still a baby, recalled what happened to her during her three months of captivity in early 2015.

“When we became pregnant, the militiamen forced us to have abortions. They kicked us in our stomachs to kill the foetuses.

“One day, the militiaman who had become my partner and who I was living with in the bush even wanted to cut my stomach open to check that my foetus was dead. If it wasn’t for the intervention of his friends, I think I would have been killed.”

Some of the women try in vain to escape. They are quickly tracked down, recaptured, and taken back to camp. Torture is the best they can expect, if the rebel leaders decide to spare their life.

“I tried to escape one day,” another former abductee, Kavira, told IRIN. “But the militiamen drove me to their chief, Morgan. After taking off my clothes, Morgan and his close friend Manu (short for Emmanuel) picked up some palm tree branches to torture me. They hit me hard on the back, all over my body.

“I had injuries everywhere. I will never forget that day,” she said, showing IRIN the scars that still marked her back.

The need for a big military campaign

Several sources in Ituri told IRIN there has never been a joint operation by the UN force (MONUSCO) and the Congolese army (FARDC) against the Simba militia.

“What I know is that there have never been joint operations in the proper sense of the term,” Laurent Sam Oussou, a MONUSCO spokesman in Ituri, told IRIN.

“We have two operating bases in the Mambasa region, in Biakato and Madimba. The Congolese army have just installed their 31st brigade in Mambasa. On the ground, we do regular patrols. This presence can facilitate the preparation of joint operations.”

But for GADHOP, military intervention is urgently needed to rescue the region from Simba violence.

“At the moment, the army seems to be concentrating on foreign armed groups. It forgets that the militia, like the Simba, are also committing atrocities,” warned Kitakya.

“If we launch large-scale military operations, the Simba won’t resist. They are not well enough equipped or organised to do that.”

Makeo, the local journalist, also urged the Congolese government to boost its military and police presence in Mambasa.

“The security forces are absent and weakly represented in numerous villages. The militia take advantage of this to attack the civilians, as they know any intervention will come late, especially in isolated forest regions and numerous villages that aren’t accessible on foot.

“It is necessary therefore to restore the authority of the state, to open up these places again.”

MONUSCO’s Oussou urged the people of Mambasa to trust and support the UN peacekeepers.

“They must continue to give us information and break away from these militia. There are also people who have made pacts with the Simba to enrich themselves, by trafficking the natural resources. They must stop this behaviour to allow us to bring an end to these militia.”