What is your monthly salary? It’s difficult to quantify one’s monthly salary since we may take close to two months working on a single house.

What is your household’s total income - including your partner’s salary, and any additional same sources? Given the volume of work I have had since the beginning of this year, I would say my household income has increased. In addition, before April this year, we were making a minimum of 150 maloti ($15) a day from selling fresh vegetables from my garden. However, I no longer sell milk from my cow because it is sick.

How many people are living in your household - what is their relationship to you? My wife and my five children.

How many are dependent on you/your partner's income - what is their relationship to you? In addition to my wife and our children, I - as the only male and eldest child in the family - am responsible for the welfare of my mother and my two nephews.

How much do you spend each month on food? The figure is not stable because for the last three or four months, the vegetables we planted played a major role in reducing the cost of buying food. However, in the next few months we may be forced to buy some food since the plants are dying as the winter cold sets in. On average we spend around 600 maloti ($60) to 700 maloti ($70), with the largest chunk of the money going towards maize flour.

What is your main staple - how much does it cost each month? We spend about 460 ($46) maloti on maize flour.

How much do you spend on rent? I don’t pay rent; I have a two-roomed house and a shack for keeping my farm produce.

How much on transport? Despite the skyrocketing petrol prices, in my area, the public transport fares have remained the same for the past 12 months.

After you have paid all your bills each month, how much is left? It ranges between 400 malOti ($40) and 700 maluti ($70), even though I am sometimes forced to use my savings to address some of the problems in my family. I think this comes with running such a big family with so many dependents.

Have you or any member of the household been forced to skip meals or reduce portion sizes in the last three months? No.

Have you been forced to borrow money (or food) in the last three months to cover basic household needs? Not yet. 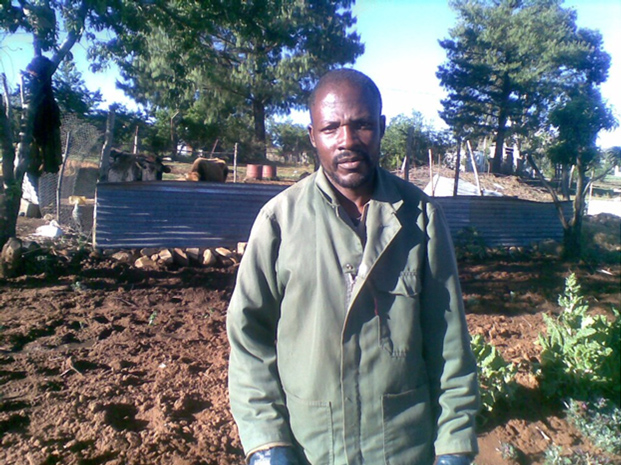 Despite having no regular income throughout 2012, Moloantoa Mokhomphatha is finally making headway in his construction business in Machache, a rural community 45km from Lesotho’s capital, Maseru. He attributes his change in fortunes to the relatively good farming season, which has left people with more money to spare on building projects.

He has also been able to grow vegetables to sell and is expecting to harvest enough maize to feed his family this year. Considering that the cost of maize flour has nearly doubled in his village in the last four months, this represents major savings, particularly as he is supporting nine dependents.

“At the moment, business is looking good. Customers are queuing for my services, and I am able to put food on the table. I am currently working on two houses - one is for my neighbour, who works in South Africa, and I am extending another house in a village 9km from my home.

“I get around 5,000 maloti [US$500]* after completing each house, depending on the type of work and number of rooms. I have also created employment for my fellow villagers. The money is not that much considering that I have to share it with two other people [employees], but I can’t complain.

“The construction business is very unpredictable; I won’t be surprised if I have no jobs in the next few months. As a result, I will have to save whatever little money that I have, even though it’s difficult considering the number of dependents I support.

“Getting a child to school does not end with paying school fees… You have to buy books, stationery, school shoes, pay for school excursions and many other things. Though I am happy for my daughter, if she passes her primary-leaving certificate this year, it means one more burden of paying school fees [only primary schooling is free in Lesotho]. However, I can’t give up; I am bound to sacrifice every penny for the bright future of my kids.

“I worked very hard during the spring: cultivating the land, preparing it and watering it. My family played a huge role. It’s true my garden is far from being commercial land; it is just below half a hectare, but I can live off it if properly planted. Just before April, I was making a minimum of 150 maloti [$15] per day selling fresh vegetables to the villagers. The money has helped my family in many ways. I could have made more money had it not been due to the scorching sun that destroyed many of my plants, [as] I don’t have a pump or running water to water my garden.

“For the first time in three planting seasons, I am confident that this time around I am going to harvest enough maize to last my family until the next harvesting season in 2014. Though hailstorms and drought have been major setbacks, I am going to have a few bags of maize.

“I support two families - my mother and my two nephews as well as my own family - and every time I buy a 50kg bag of maize flour for my family, I have to do the same for my mother. It is a tough responsibility. However, this year, the maize will last until we harvest again.

“There are so many workshops on self-help that are being held every week, and many people do not realize how important these workshops are. I recently attended a workshop on fruit-tree planting, and that inspired me to start a small orchard in my garden. I currently have numerous fruit tree seedlings in the small nursery that I made a few months back. I want to sell fruits in future.”