Two thirds of the world’s refugees live in cities, yet they are all too often an invisible underclass, left to fend for themselves without support.

Urban refugees typically choose to stay in cities rather than remote camps in the hope of finding work, connecting with family, or just freedom from the rations and regimentation of aid dependency.

But the reality can be far harder than anticipated, as photojournalist Dominique Catton documented while following two refugee families originally from Central African Republic.

The families had fled a rebellion that began in 2004 in the northeast of the country, in which civilians were deliberately targeted.

Although the two couples – Pamela and Apollinaire, and Frida and Tangui – arrived in Cameroon more than 11 years ago, they still live precariously.

“I can’t sleep; I am constantly worried about the future,” Pamela said. “Every day and every night I fear I won’t be able to get through another day and feed my four children.”

Humanitarian needs in Cameroon are soaring due to escalating violence and insecurity in the region. More than four million people are in need of emergency assistance.

Cameroon shelters 417,400 refugees, the vast majority of them from CAR and Nigeria. Of this total, at least 33,500 refugees and asylum seekers live in urban areas, mostly in the capital, Yaoundé, and the port city of Douala.

Intensifying conflict between government forces and separatist rebels in the country’s two western anglophone regions has displaced an estimated 437,000 people, with many ending up in the cities too as they look for work or new lives. Almost 250,000 Cameroonians have also been displaced by the spillover of Boko Haram violence into the country’s Far North Region.

Read more: A rifle as the only way out

For many urban refugees, finding a job is the first challenge, often complicated by additional barriers raised by a murky legal status and lack of proper documentation. That makes them vulnerable to exploitation, discrimination, and deportation – and forces many of them to the economic margins. 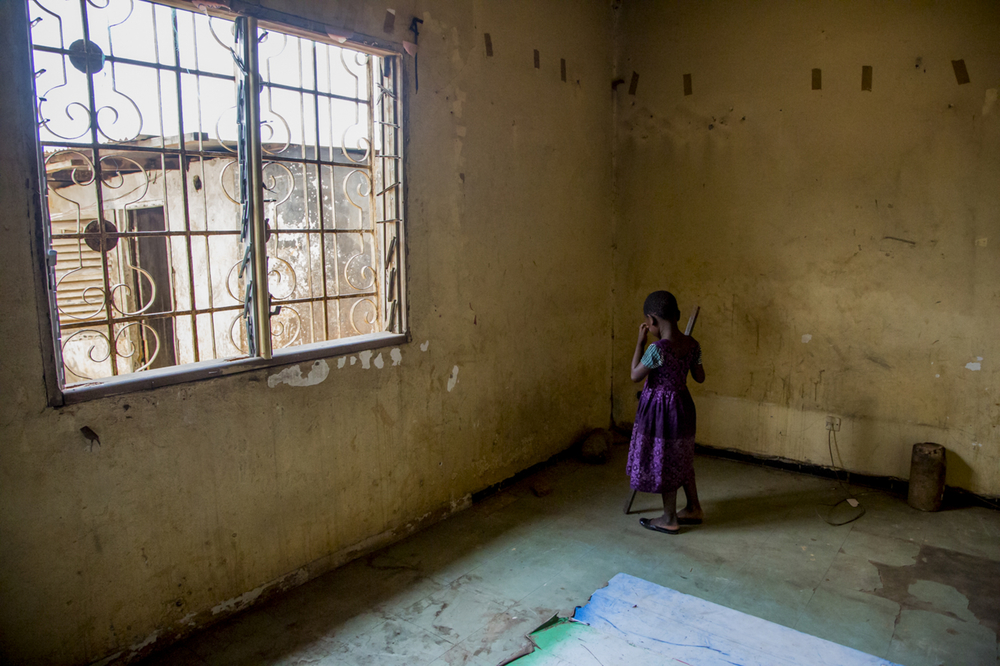 Merveille is Pamela’s eight-year-old daughter. She is standing in the corner of the room that has been her home for the last three years, though the family is facing eviction. She dreams of becoming a school teacher. 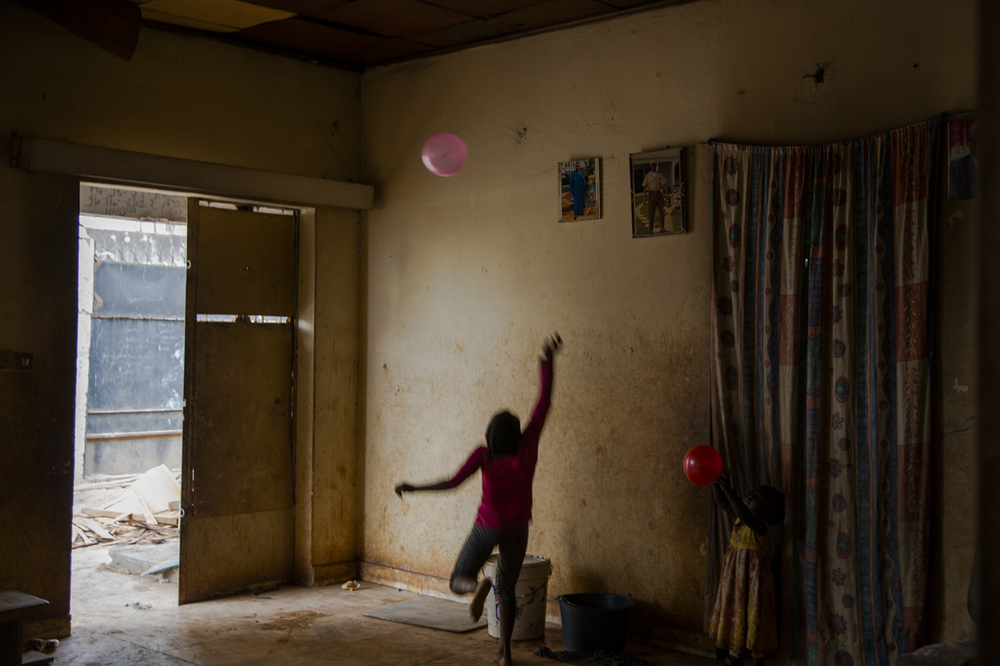 Ghislaine, nine, goes to school only when Pamela can afford the school fees. Refugee families are reimbursed by the UN’s refugee agency, UNHCR, for school fees, but they have to pay up front first. Since Apollinaire Bandou became disabled three years ago, Pamela is the only one working. She makes less than $1 a day cleaning up in a restaurant. 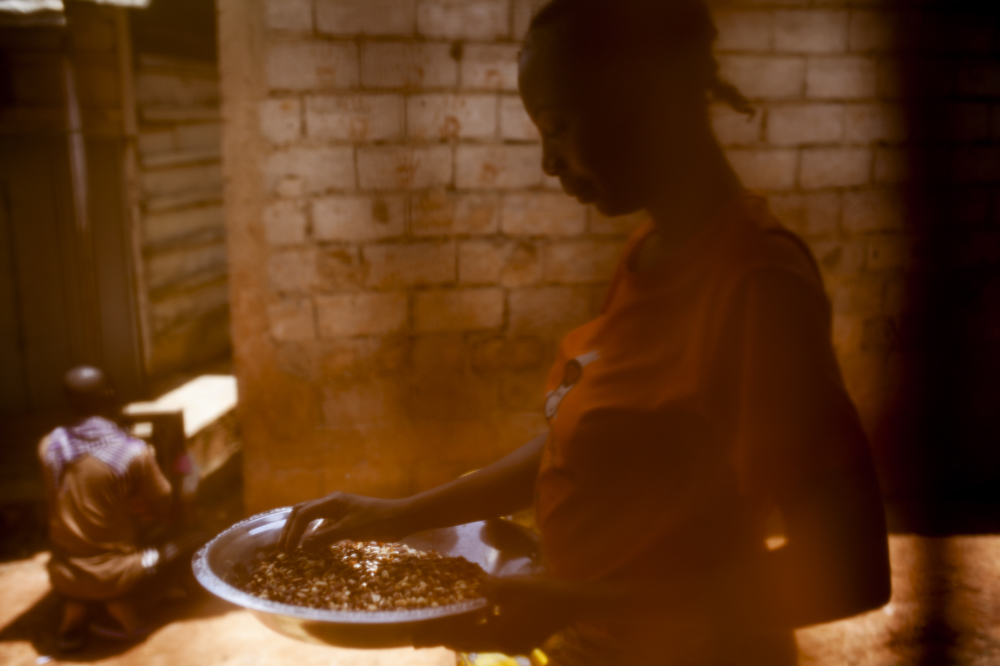 In 2006, rebels attacked Frida Baitouba’s home, killing her father and six brothers. Frida, now 25, escaped into the bush but was caught and raped by three men. An elderly woman lent her money to take the train to Yaoundé. She still has nightmares, but went on to meet Tangui, “who became my friend, my brother, my husband, my father. He is everything to me.” 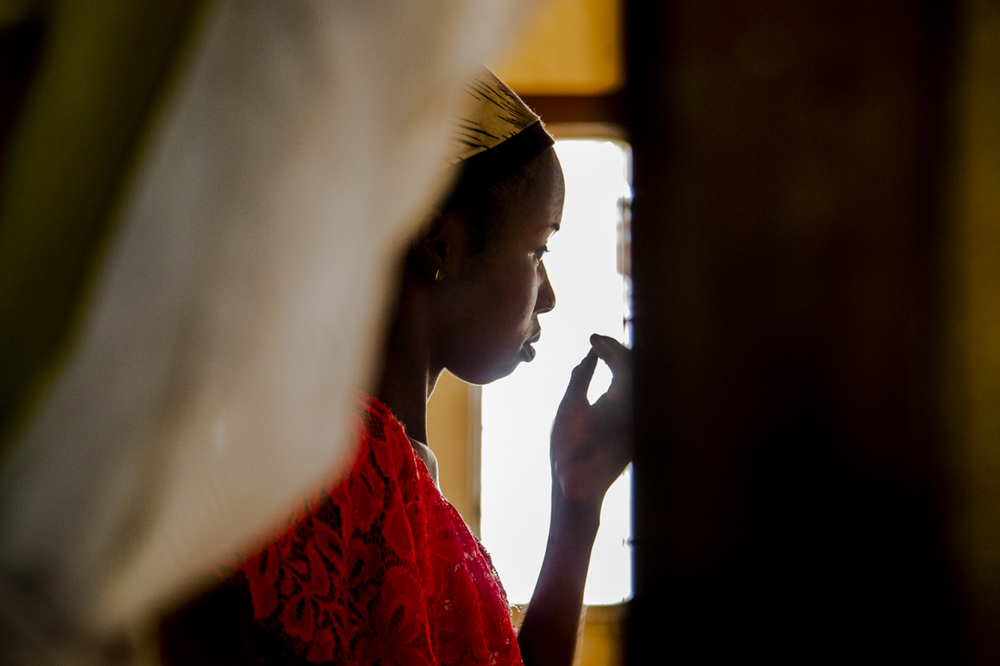 Liliane is Frida’s sister. Together they shared an apartment with other CAR refugees, but the landlord had a fight with one of their flatmates and kicked them all out. They found a new place a few days later, but Liliane says she is fed up with the constant harassment that is refugee life.

‘One day I will build a home for my family’ 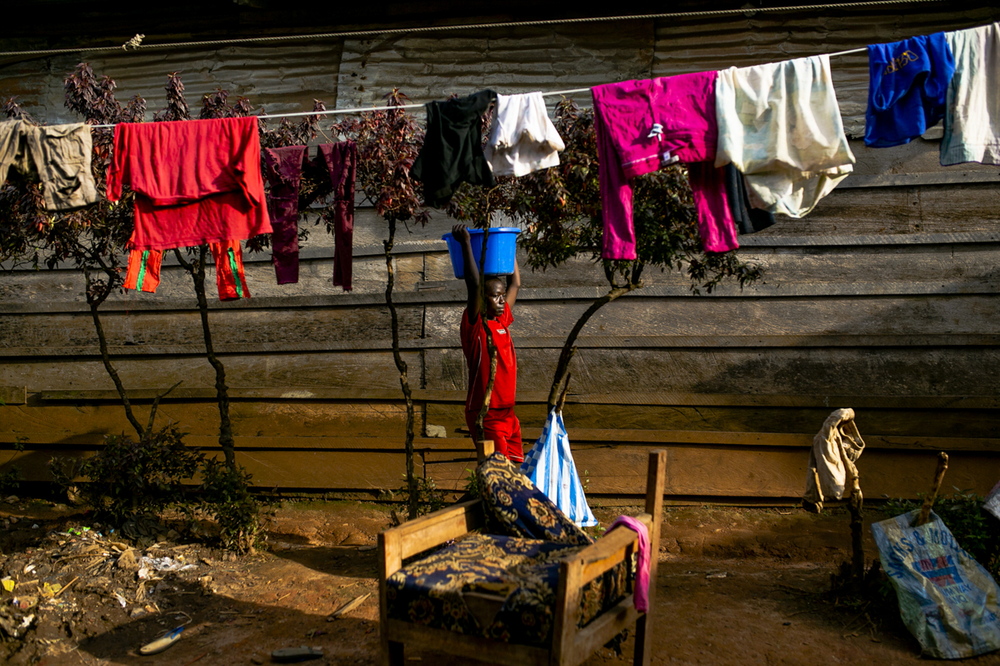 Solomon, 12, is Pamela and Apollinaire’s eldest son. He dreams of becoming an architect and building a house for the family. Although he feels Cameroonian, he is sometimes reminded that he is a refugee. “I fear I won’t be able to continue my studies, as often I’m kicked out of school when my mom does not pay the fee. But I study hard and keep my hopes alive.”

Being a refugee with a disability 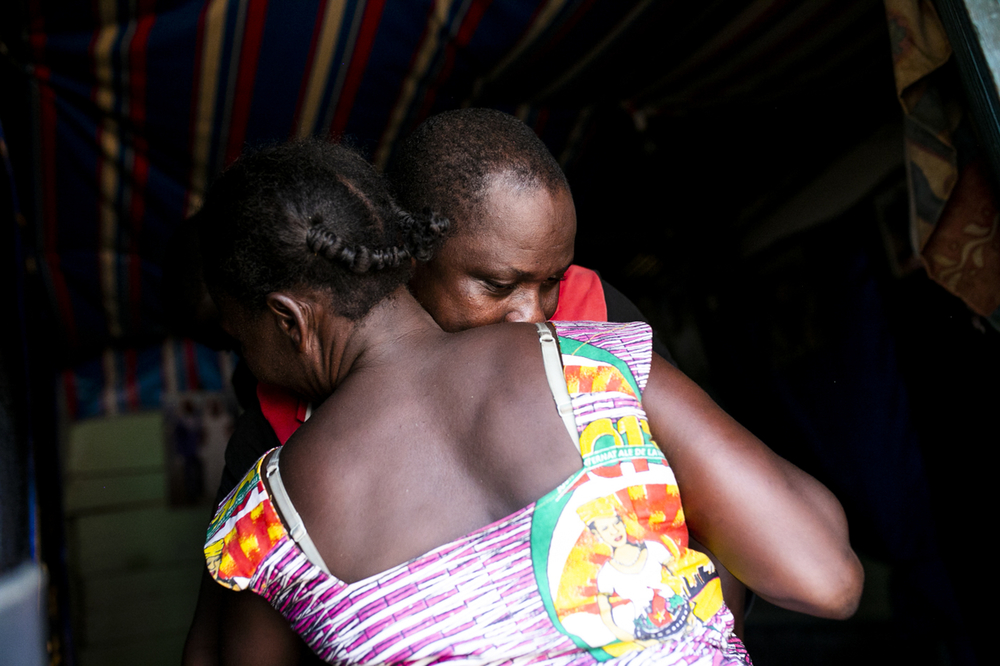 Apollinaire has been disabled since an accident at work three years ago. He is unable to walk or even stand. “I had a good job and was in good health, but this misfortune destroyed my family and my children’s future.” Twice a day Pamela washes him, changes his clothes, and takes him to the toilet.

The price to walk again 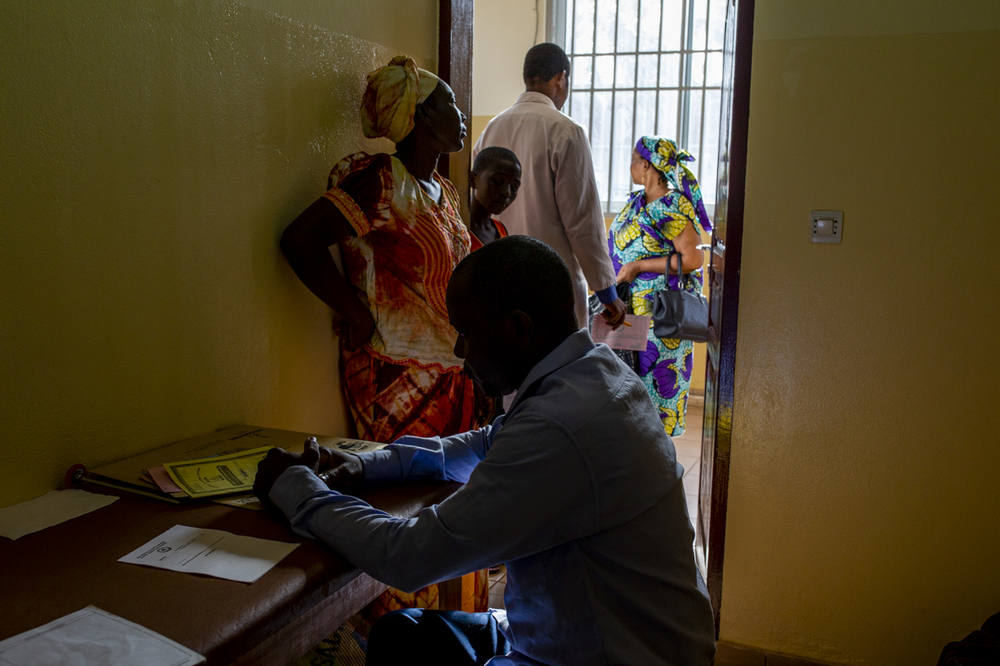 Apollinaire sits in the doctor’s office with Pamela and Solomon, waiting to have his medical records examined. The doctor informs him that he could be able to walk again after surgery and a long rehabilitation. But the operation costs $1,000 – an impossible amount for the family. 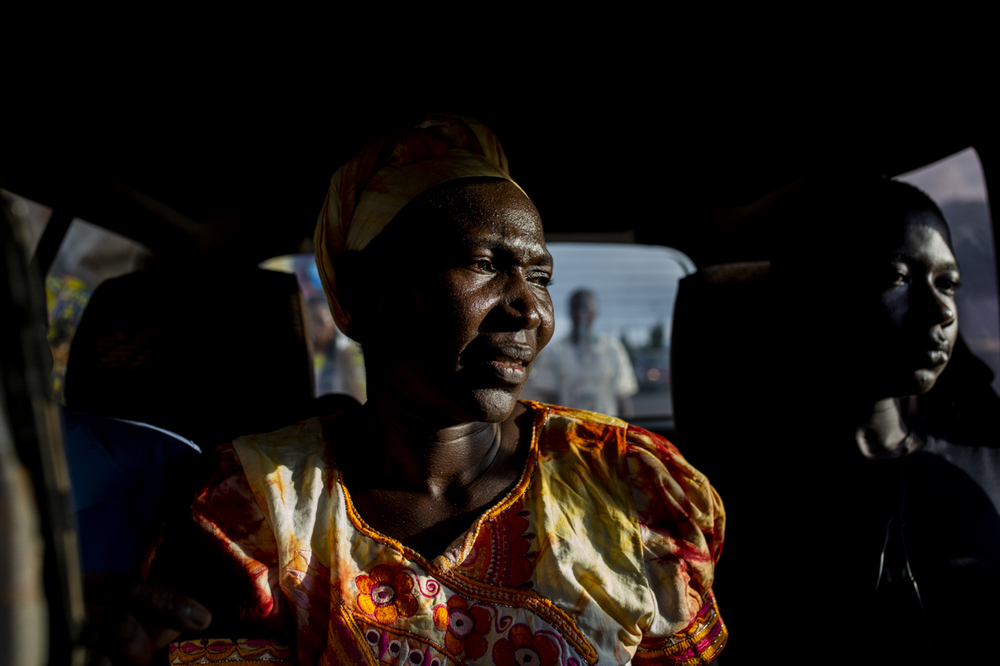 Pamela can’t hide her despair after visiting the doctor. “Before my husband’s disability, everything was better, my husband used to work, and we were doing fine in Cameroon. Nowadays, we really suffer.” 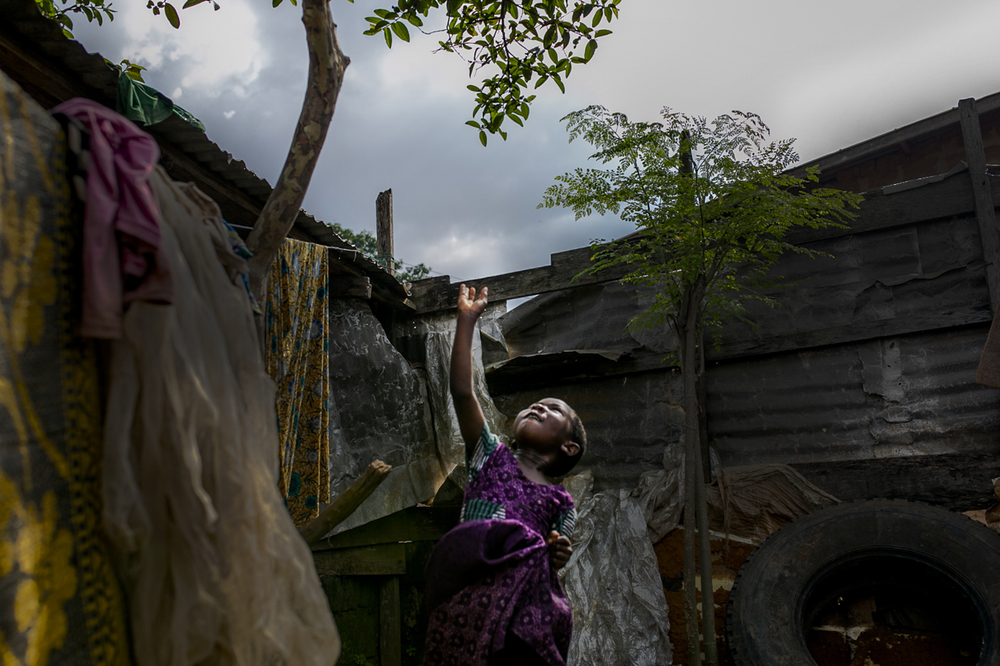 Merveille has simple hopes for the future: “I wish for my mom not to worry anymore, and for my dad, to see him go out and have a walk.”

(TOP PHOTO: Pamela Kossingou with her children in their one-room home. She and her husband, Apollinaire Bandou, fled CAR on a Sunday morning in January 2006 after rebels attacked their church in Paoua, in the country’s northwest. The couple did odd jobs near the border before they could afford the train fare to Yaoundé.)