After enduring a year of drought and then the heaviest rainfall in over three decades, more than 750,000 Somalis must now figure out how to secure food and shelter and deal with emerging health risks. Last month, Somalia’s government and the UN appealed for $80 million to help people affected by flooding in the south and centre of the country.

Journalist and photographer Christina Goldbaum recently spent a week visiting Baidoa, where flash floods upended temporary settlements, and Belet Weyne, where the Shabelle River burst its banks, plunging the town under nearly a metre of water.

At least 300 people have been killed by flooding across East Africa and the Horn this year, with Somalia, Kenya, and Rwanda particularly hard hit. In Somalia, more than 200,000 people have been displaced from their homes – many of which were makeshift shelters intended to offer short-term respite from the drought.

Here are some of their stories as they wait to return home, to land that has been nourished by the rains but often remains unwelcoming, under the control of al-Shabab militants. As humanitarian organisations redirect already scant resources to people coping with the aftermath of floods, most families in Baidoa are simply waiting to see what the clouds bring.

As one woman explained: “I’m keeping my eyes open and always looking at the sky.”

How to rescue five children 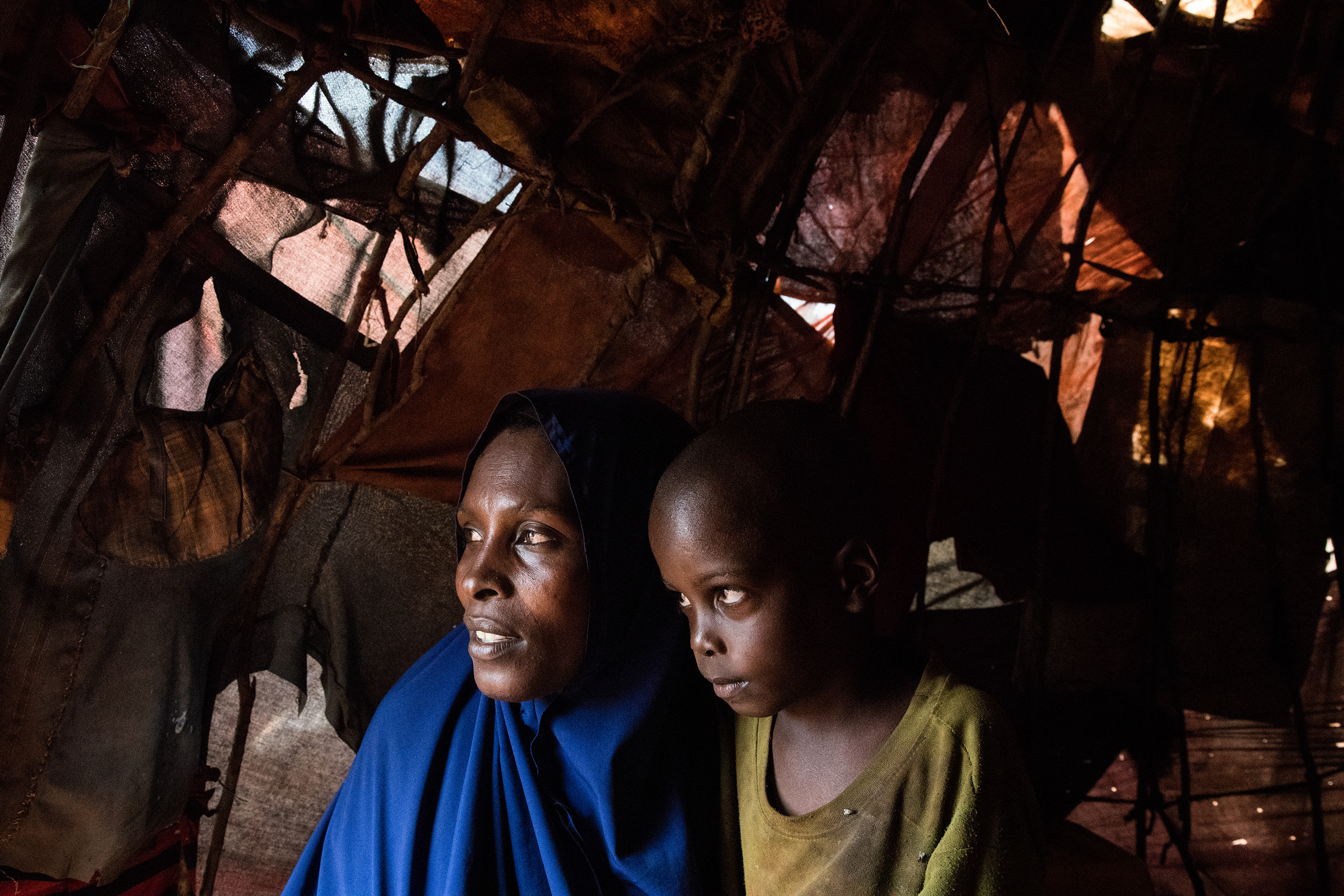 When the first rains came in late April, signalling the end of the fierce drought that swept across the Horn of Africa last year, Fatuma Mohamed, 30, welcomed them as a sign that she and her family might finally be able to return from a camp outside the town of Baidoa to their parched plot of land in Bakool, southern Somalia.

The rains continued. And continued. One night, the tarpaulin roof of Fatuma’s hut began to leak. Within hours, the water inside was more than half a metre deep.

Fatuma knew she was in trouble. She was alone with the children: her husband, Mohamed, had made the 150-kilometre trek back home, hoping to coax sufficient life back into the ground to justify the family’s return. She woke her children, told her 13-year-old daughter, Deerin, to carry the two youngest, and slung the two other children across her back. Quickly, she filled two jerry cans with water to weigh them down, situated them on the ground inside her hut, and placed a child on each. Then she tightened the ropes of the tarpaulin and grabbed hold of whatever kitchen utensils she could reach before they were swept away.

Stepping into the wet night, she began pushing through knee-high water and heaps of mud, leading her family to a community centre on higher ground.

“I’ve seen how some children can go under the water and suffocate,” Fatuma said, as she recounted that night. “I am a mother. My first thought will always be my children and how to keep them safe, especially when our conditions become harder.” 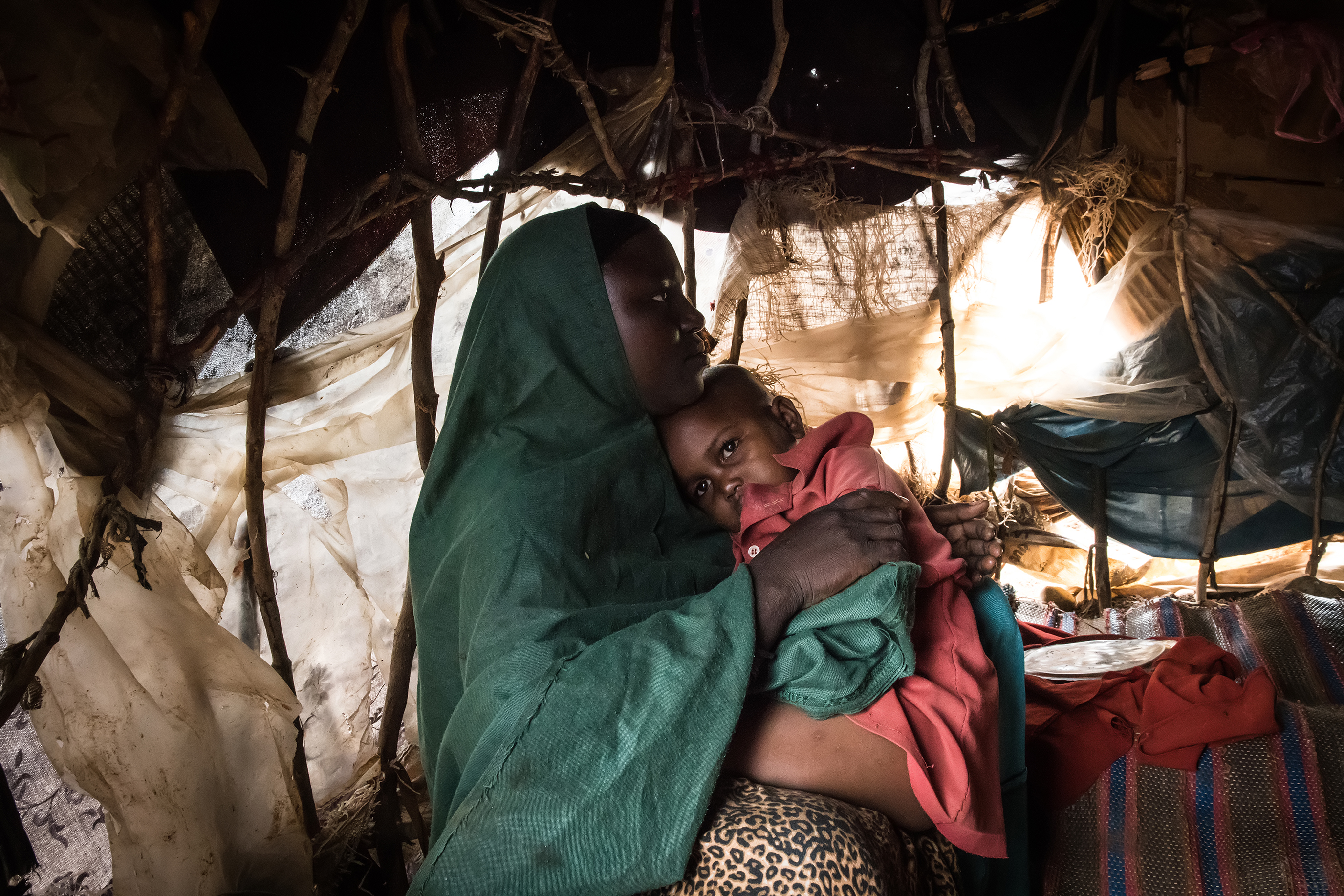 Kalia Abdi Qaasim, 35, walked 45 kilometres from Kasahadhere district to Baidoa last year with her children to escape the worst of the drought. Her husband stayed behind on the family plot and has since died. “I’m the father and the mother here,” she said. Kalia sells firewood to earn money, but the rains and muddy roads have made it difficult to reach the outskirts of the camp to collect the wood. “There is a lot of trade and more opportunity for me to earn here [in Baidoa],” she said. “But the business has gone down with these floods, and we don’t know how long they will last.”

Waiting to return to the farm 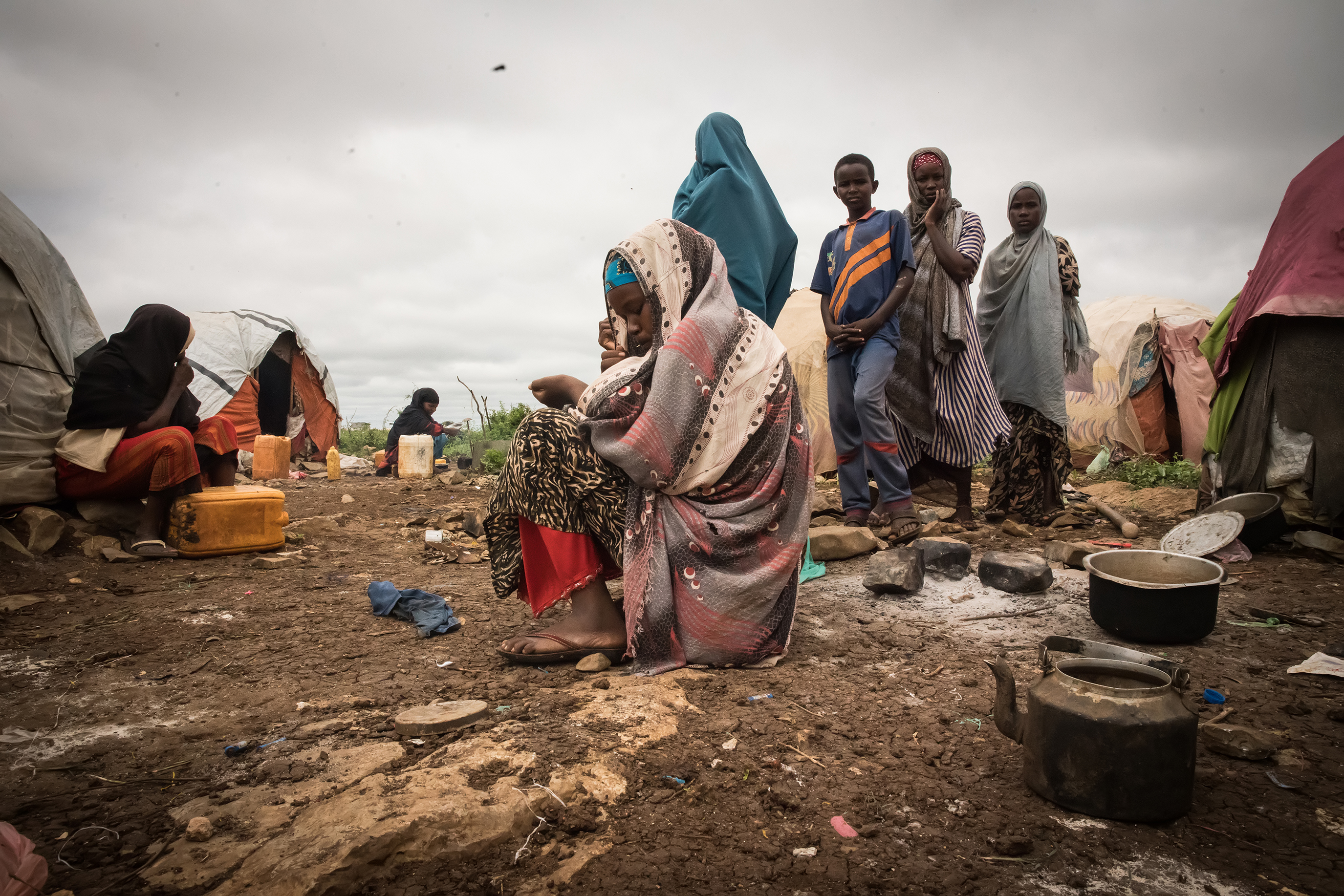 Shamso Hassan, 25, with her child, came to Baidoa last year after drought devastated her family’s small farm, roughly 45 kilometres away. Shamso arrived with roughly 50 others from her village, a 10-day trek on foot. They joined more than 240,000 people, many of them farmers, who have been living in makeshift camps for the past year after they fled the drought. When the rains first arrived, most of her makeshift home was swept away in a flash flood. For three days she scavenged to collect sticks, rope, and tarps to rebuild. Her husband has returned to the family farm and, while the community has been supportive, she says it is still difficult to take care of her family by herself. “I’m praying the farm produces this year,” she said. “If it does then we can finally return home.” 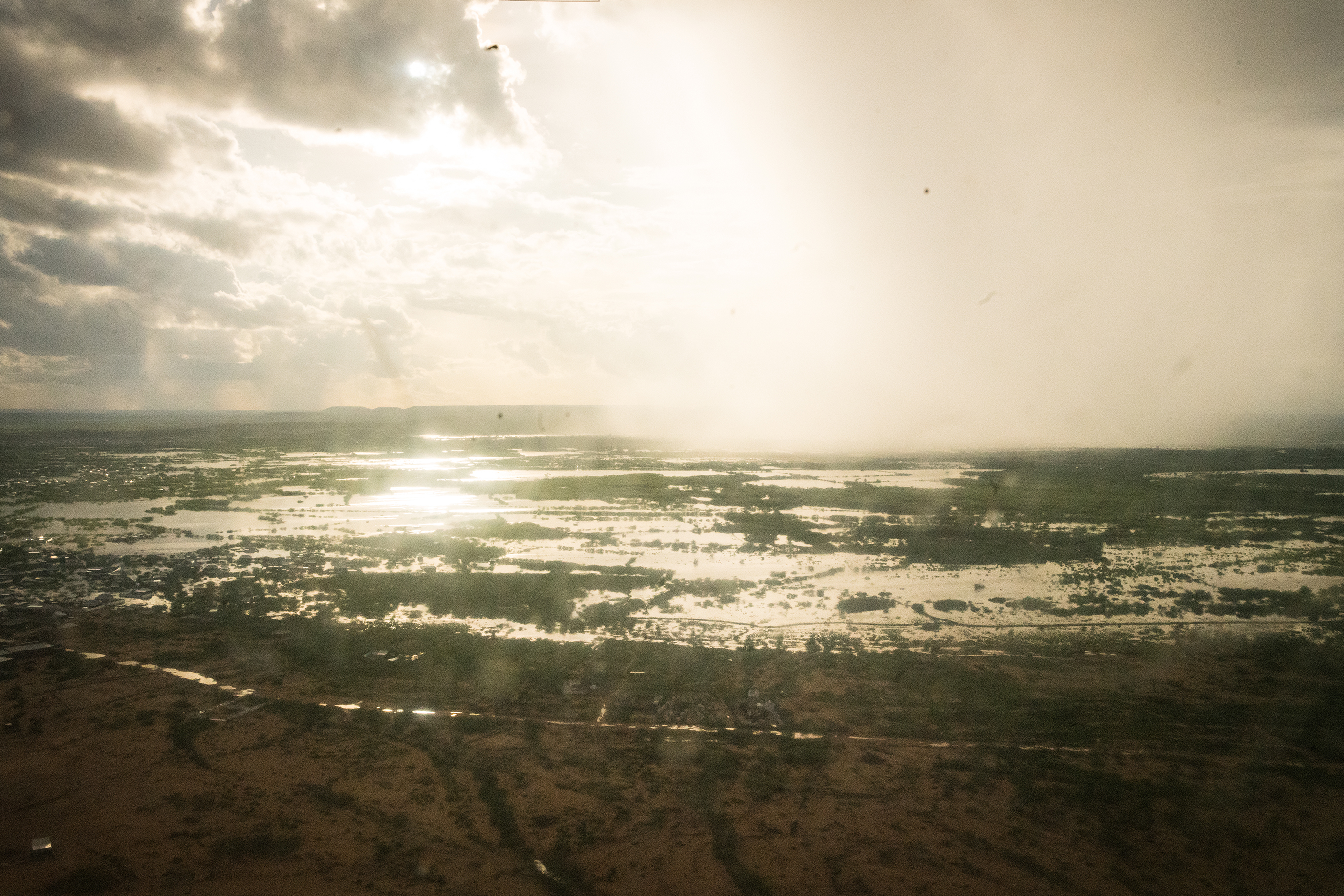 Many buildings and settlements in Belet Weyne, a town along the Shabelle River, were submerged under nearly a metre of water when it overflowed its banks. Tens of thousands of people were displaced and fears of outbreaks of cholera, acute watery diarrhoea, and malaria are on the rise.

The land is green, but trouble looms 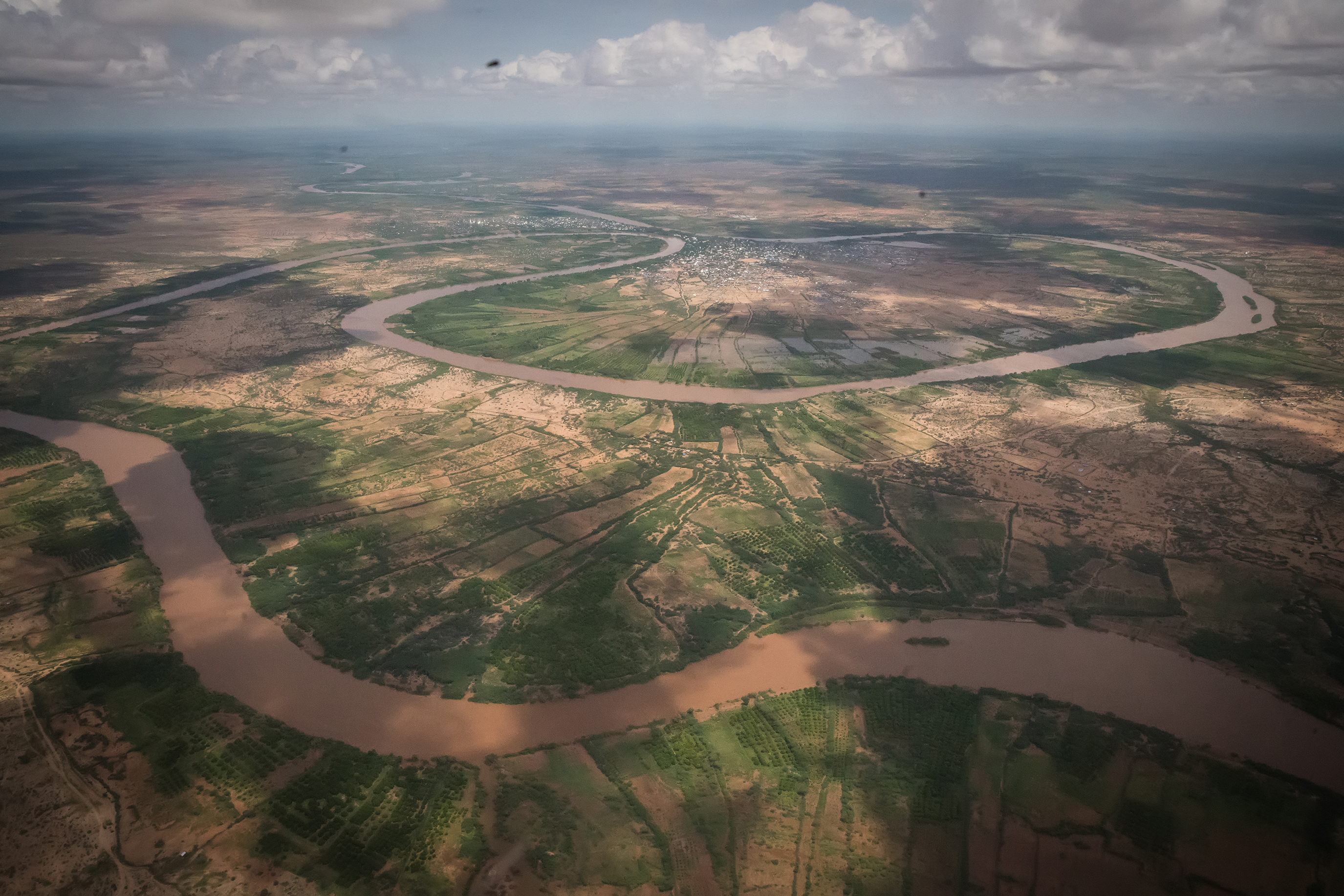 The rains have turned land elsewhere around the River Shabelle green again, and many men have returned to their farms to plant crops. But getting those crops to villages where they can be sold is another matter. “The floods affect the farms, too, because with roads washed out farmers can’t bring their produce to the market to sell,” said Thomas Nyambane of OCHA, the UN’s emergency aid coordination body. “If the rain is too much,” he added, “it will affect germination of seeds on those farms, forcing farmers to have to replant.”

It's not safe to go home 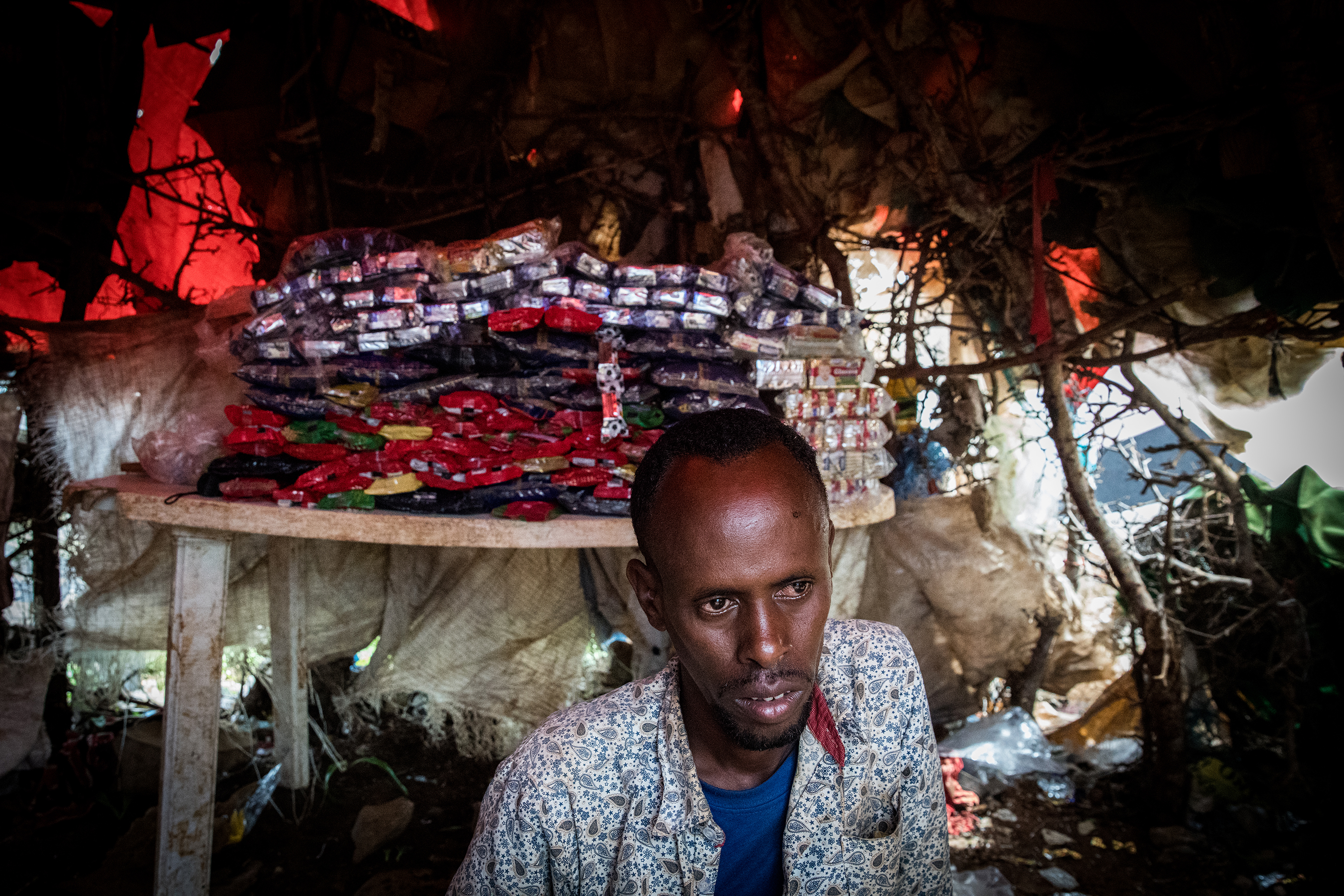 Ado Hassan, 32, arrived in Baidoa 10 months ago with his wife and two children from a village 30 kilometres away and opened a small shop. The recent rains have rendered his plot of land ready for cultivation, but he has no plans to return. “The place where we came from is controlled by al-Shabab militants and when we want to cultivate they ask us money to do it,” he said. “Nowadays, I don’t have that money to pay; it’s better if my family just stays here.” He is one of the few men to make the decision not to return to their land. For those who do return to their fields, there’s no guarantee the land will produce come harvest time.

Ready to battle malaria and cholera 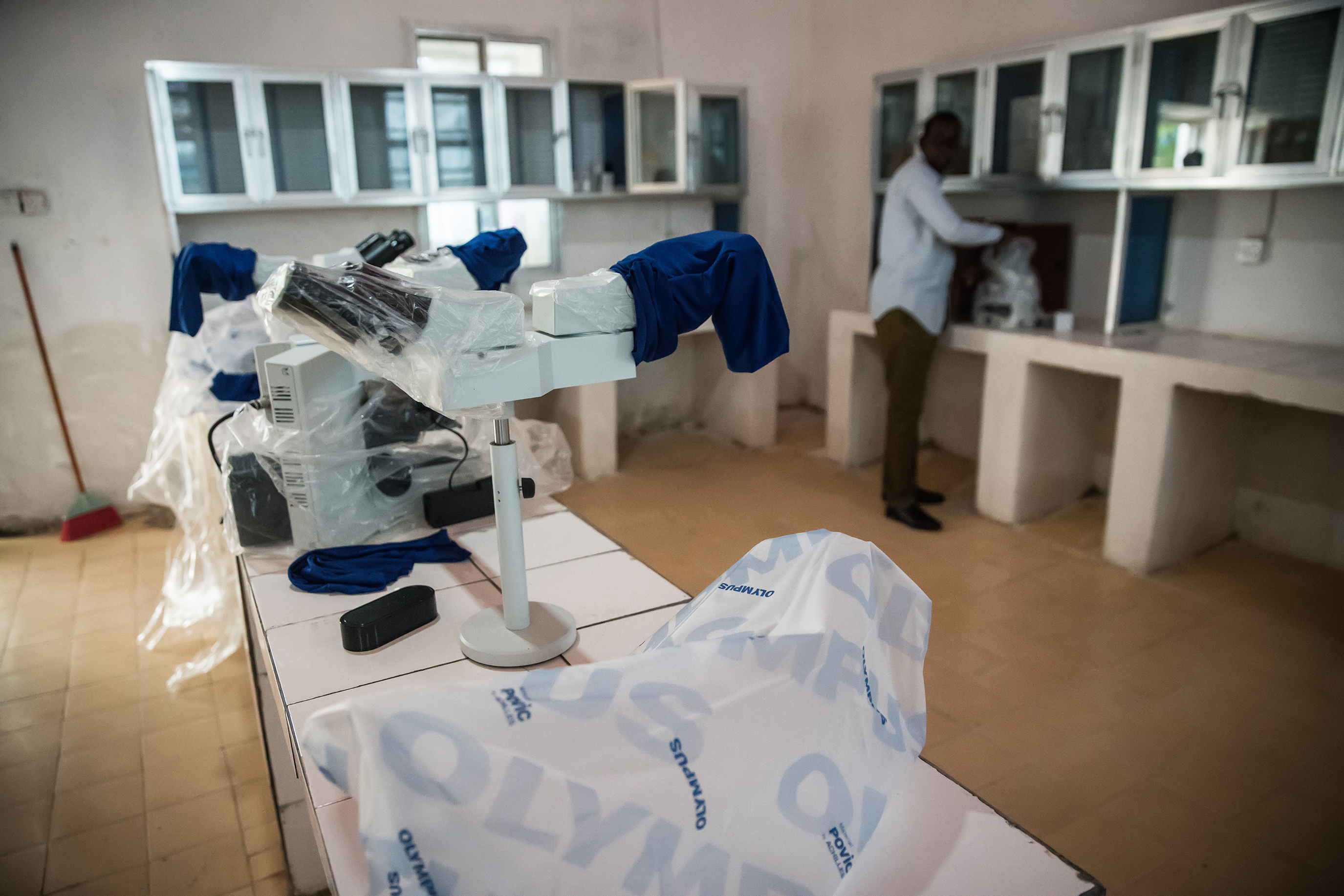 Christina Goldbaum/IRIN
Christina Goldbaum/IRIN
“With the heavy rains there are usually outbreaks of cholera and malaria,” explained Abdifatah Ibrahim, director of Bay Regional Hospital, where this malaria diagnostic clinic was still under construction. Last year, the Ministry of Health reported more than 17,000 cases of cholera across the country, as the annual rains brought malaria-carrying mosquitos. This year, only around 3,000 cases have been reported, according to the World Health Organization. Ibrahim attributes the decline to greater prevention and preparedness efforts undertaken by healthcare workers and international aid organisations.

On the outskirts of a camp in northeast Baidoa the floods left behind a lake, a tempting playground for children. But officials worry that water contaminated by broken pit latrines can cause outbreaks of watery diarrhoea and other illnesses. “Our main concern is the health of the people,” said Mustafa Haji Noor, minister for humanitarian affairs and disability in Southwest State, which includes the Bay Region. “Latrines are broken, so waste sits outside and flash floods move the waste into the street where children are playing. If an outbreak of cholera comes again, what will happen?”

When Jello Adan Ali’s three-year-old daughter, Adroos, began vomiting and had diarrhoea for three days, Jello left her daughters with a neighbour to search for oral rehydration salts. She finally got some from another camp resident. But she is worried because she doesn’t have the means to get to a hospital to seek further treatment for Adroos. “I’m taking care of my daughter as best I can, but the medicine isn’t here, and I’m also repairing my home and trying to keep my other daughter from getting sick from the bad water,” she said.

The floods have made it harder for health workers to assist people like Jello. “We usually use the ambulance to reach people who cannot come to the hospital, but many of the roads here are not tarmacked so it becomes much more difficult,” Ibrahim, the hospital director, said.

In the absence of healthcare workers, Jello is doing all she can to care for her daughters. “I will do everything,” she said, “but the floods are making our children sick, and what can we do against rain coming?”