This article is part of our in-depth coverage. Read more like this...
IKARIA

“The girl was lying across the beach, her face down in the pebbles,” says municipal plumber Pantelis Markakis as we walk to the water’s edge.

“What shocked me was when I saw that her hands were turned like this and white like stone,” he says, turning his palms upwards and gnarling his fingers. “I asked a coastguard officer if she was wearing gloves.”

The unidentified 10- or 11-year-old was one of two bodies that washed up on the Greek island of Ikaria in the eastern Aegean on 19 December. The other was that of a man in his 20s.

Subsequent storms have since reclaimed the dozen-odd life jackets that washed up on the beach at Iero that day; but it is still littered with packets of Amoxipen, Spandoverin and Diclopinda – antibiotics, painkillers and anti-nausea medicine that were among the refugees’ possessions. Turkish fruit juice boxes also litter the shore along with a pair of hotel slippers from the Istanbul Holiday Inn, encrusted with barbed seed pods. 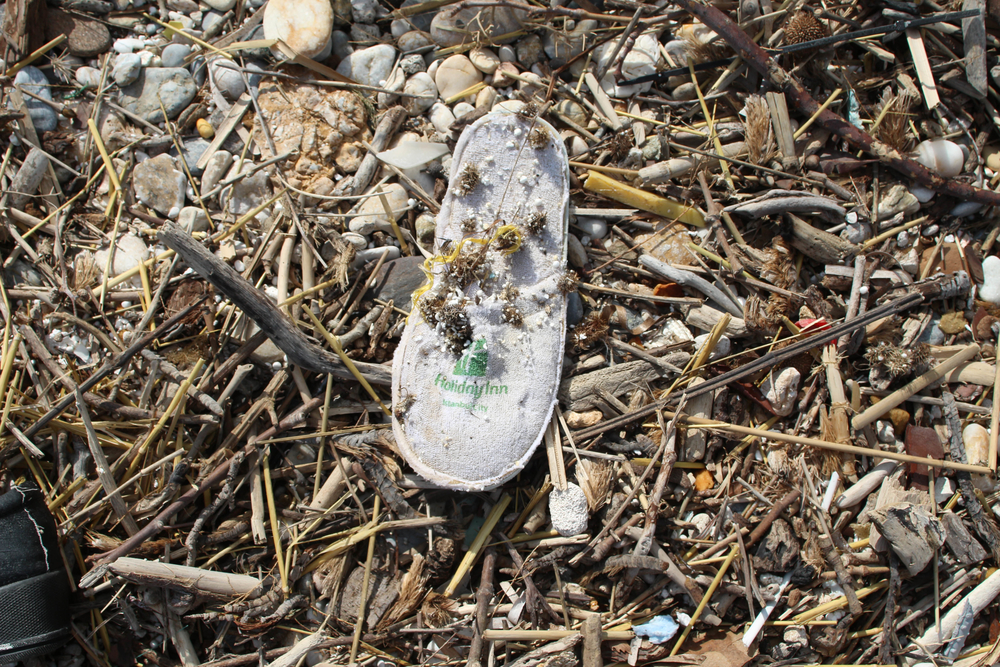 Ikaria, and the sea around it, are named after the mythical hero, Ikaros, who plummeted to a watery grave after flying too close to the sun. He and his father, Daidalos, had constructed wings out of birds’ feathers held together by wax – a flimsiness born of desperation not unlike that of today’s refugees, who attempt to cross the Aegean in unseaworthy vessels wearing useless life vests.

The island sits at a relatively isolated longitude exposed to the north winds that sweep down from the Dardanelles to Crete. This means that it acts as a net for the bodies and wreckage of shipwrecked refugees and migrants that shoot past the islands of Samos and Chios to the north and east. For migrants to find themselves on Ikaria means that they have lost their way, and they rarely arrive here alive. 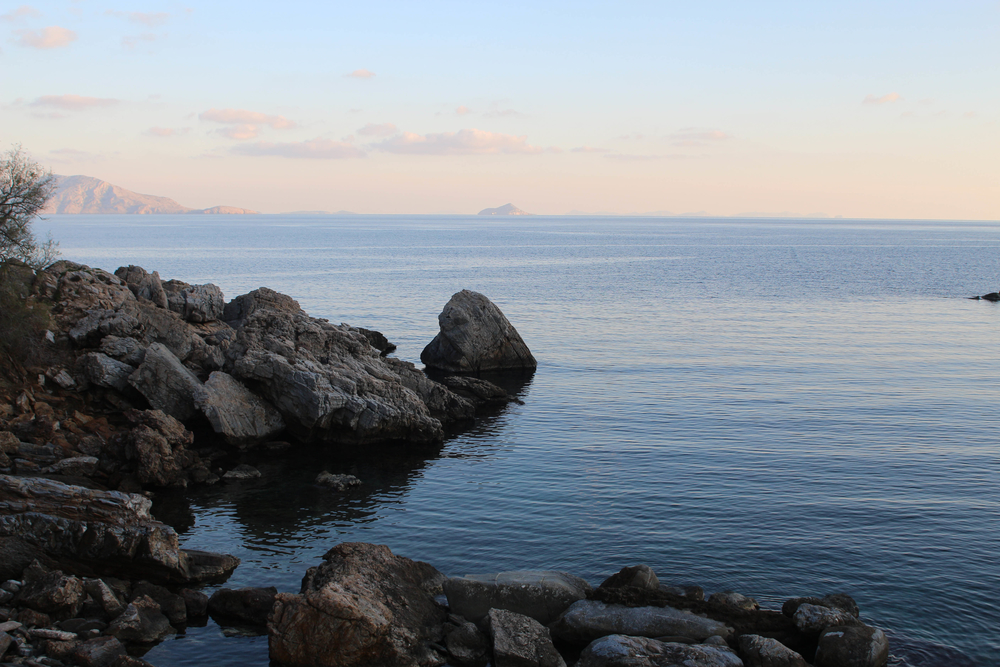 John Psaropoulos/IRIN
Ikaria's rocky, jagged coastline is full of coves where bodies, or parts of bodies, can become lodged, impossible to see or recover

More bodies have surfaced recently – some in an advanced state of decay. On 5 January, a young woman was found bobbing in the shallows of the north shore, 10 kilometres from Iero.

“She was completely naked,” remembers Kalliopi Katte, the doctor who lifted her onto a stretcher. “It was an awful sight because although she had her arms and legs, her face was missing. There was no skin or flesh. It was just a skull.” The woman’s belly was bloated, not from pregnancy, but from the gases emanating from her decomposing bowels. Katte believes she had been at the bottom of the sea for about two weeks.

Like the other bodies, it too had to be cut loose from a life vest that failed to save the woman’s life.

The patch of coast where the body was found is so remote. Katte and three firemen had to carry the body up a mountainside for an hour to reach the nearest road.

“The bodies are always found after strong northern winds because they’ve sunk to the bottom of the sea and the weather brings them up against the rock,” says Katte. “The bodies have been eaten by fish – they’re not just decomposing.” 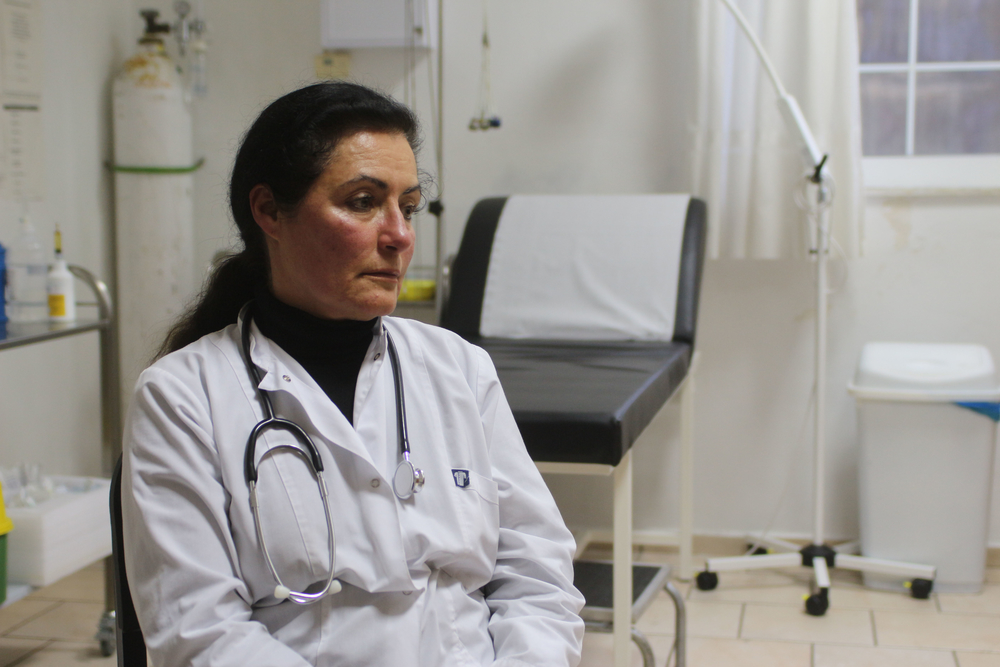 Some 3,771 refugees were recorded as dead or missing in the Mediterranean last year. In Greek and Turkish waters alone, 320 people have drowned or gone missing just since the beginning of the year, according to the International Organization for Migration. Yet these figures do not tell the whole story.

Even in death there are degrees of misfortune. Some dead are recovered, identified, and shipped home for burial. Some are listed as missing but never found. Some are found but remain unidentified; and there are those who are never sought and never found, because no witnesses survived their shipwreck, and no bodies washed up. The sea has claimed them without a trace, so they form an unknown statistic.

“Often in the straits we find life vests and other objects from shipwrecks in the nets,” says fisherman Nikos Avayannis. “I once found a backpack. We took it on board and searched for a survivor but didn’t find one. We delivered it to the authorities. It had clothes in it, some headphones from a cell phone and some documents.”

The rumour that fish are now eating dead refugees has turned many of Avayannis’ customers away.

Avayannis believes that the owner of the backpack may have ended up part of that ghostly statistic of unclaimed, undiscovered dead. “If a body hasn’t been hit by a propeller and chopped to pieces, it floats and gets thrown out onto shore. If the current takes a body onto jagged rocks with caves, it’s possible that it will never be found.” 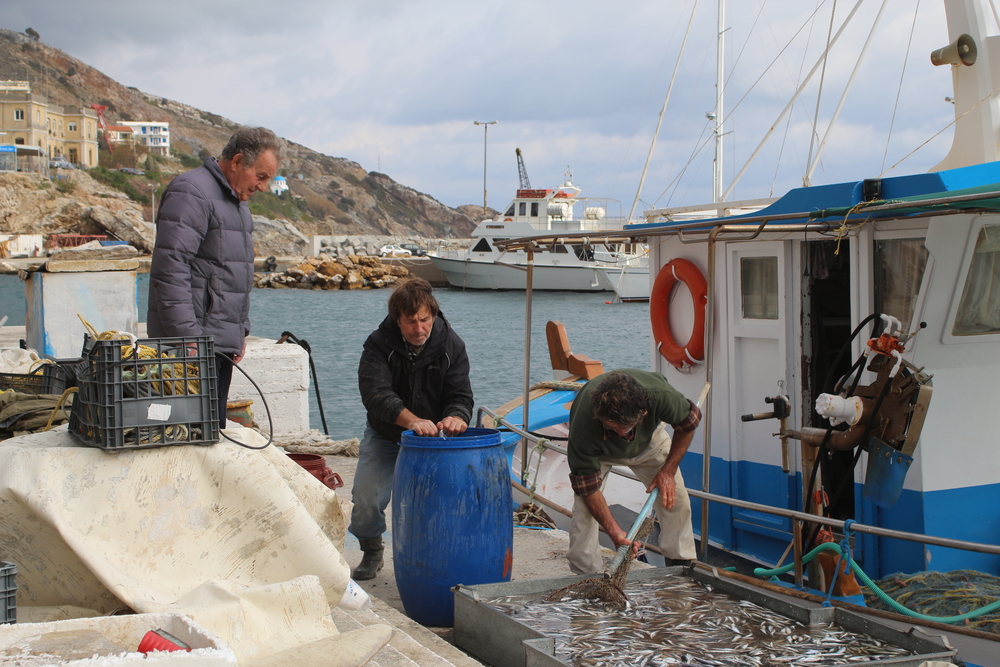 John Psaropoulos/IRIN
Fisherman Nikos Avayannis (centre) salts sardines for bait. "If the current takes a body onto jagged rocks with caves, it’s possible that it will never be found,” he says.

The rumour that fish are now eating dead refugees has turned many of Avayannis’ customers away. “A few days ago, as I was selling fish, two or three of my customers said, ‘as long as people are drowning we are going to abstain from fish.’”

Greek law demands an autopsy after every non-natural death. After that, the fate of a body depends on whether surviving relatives are available to identify it. “When relatives decide to bury them in Greece, it is usually done in the Muslim cemeteries on Rhodes and Kos. If they are Christians, they can be buried in one of the local cemeteries,” says Erasmia Roumana of the UN’s refugee agency, UNHCR. “The other choice is repatriation of the body, usually taken by Iraqi nationals.” For Syrians and Afghans, repatriating the bodies of family members to their war-torn countries is not an option.

When bodies are found, they are taken to Ikaria’s hospital. There, doctors pronounce death and take hair and tissue samples, which are preserved in brine. The entire package of paperwork and DNA evidence is then forwarded to the nearest district attorney – in this case on the island of Samos.

Surgeon John Tripoulas is still haunted by the experience of examining the body of an eight- to 10-year-old girl who had been in the sea for weeks, and was so close to disintegrating, rescue workers had to lift her up by her clothes. Her flesh was “saponified” he said – a term meaning it had literally developed a soap-like consistency.

“I’ll never forget what she was wearing,” says Tripoulas. “Pink sweatpants with a Mickey Mouse patch; white boots and a pink overcoat. Her facial features were not visible – [they] had been lost to the sea.”

This information, included on the death certificate, is perhaps all that is known about the girl; but even this may prove vital in one day informing her family of her ultimate fate.

“We use anything we can for recognition, such as clothing or jewellery or a manicure,” says Katte, the doctor who recalled helping to retrieve the young woman’s body on 5 January.

The only identifying objects on her faceless corpse had been five carved gold bracelets, now buried with her in a mass grave at Ikaria’s cemetery. 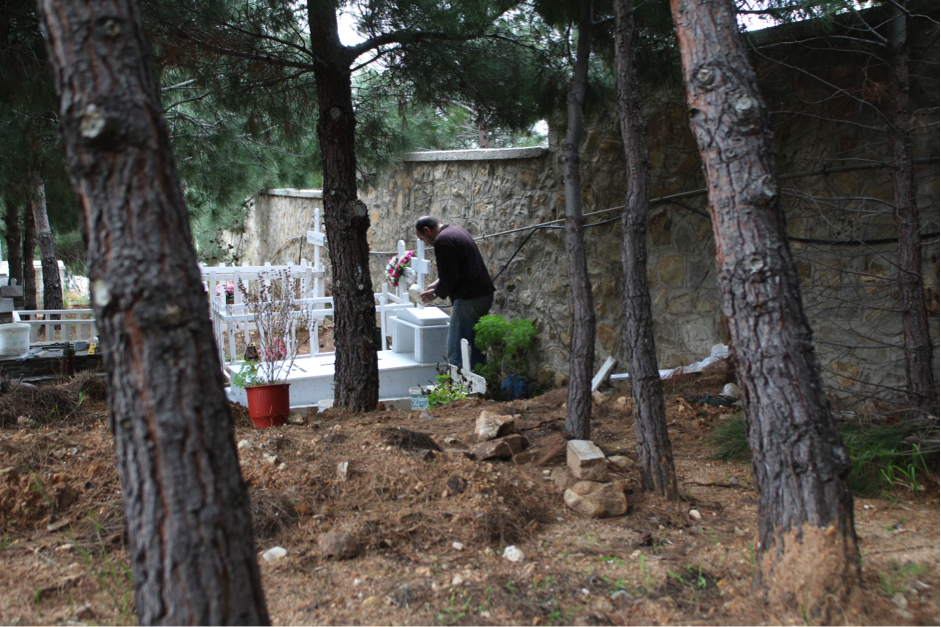