Almost two months after Cyclone Komen triggered Myanmar’s worst flooding in recent memory, parts of the Irrawaddy delta remain submerged while rising river levels have prompted the government to urge people in some areas to evacuate.

In the village of Sit Pin Gyi, hundreds of people gathered at a Buddhist monastery last week waiting for aid. Muddy water stretched to the horizon on all sides, swamping rice fields and cutting off all transport other than by boat.

“When the wind is heavy and the waves are big we get afraid. Sometimes we fear we will sink,” said Hkin San Htay, a rice farmer and mother of four whose rickety house stands on stilts just a foot above the water level.

The rainy season shows little sign of abating. The government warned on Monday that the Irrawaddy and Chindwin rivers had risen above danger levels, prompting fears of more flooding in the regions of Sagaing in central Myanmar, and here in Ayeyarwaddy.

The United Nations says that about 1.6 million people were displaced by the floods, and more than 100 people have died.  The government’s warning that some people in flood-prone areas along the rivers may need to leave their homes was only the latest bad news during this year’s rainy season.

“We’ve been flooded for four months now,” said Naw Eh Eh Wah in the village of Nwe Ni Chaung. “The farmers have lost their seeds, the fishing has become difficult, finding bread is not easy”. 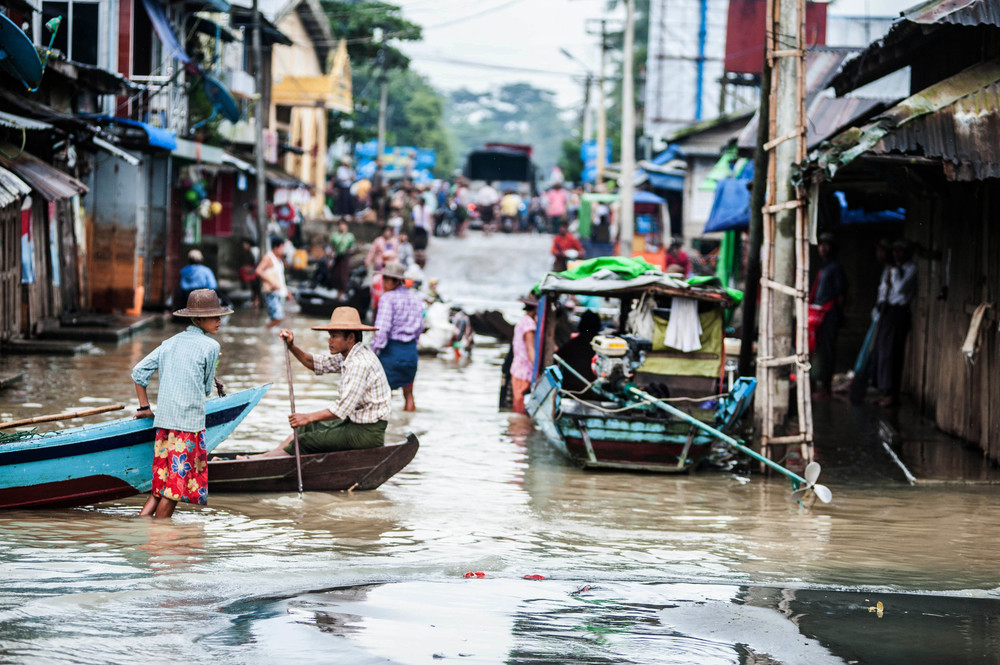 Aurelie Marrier d'Unienville/IRIN
People wade through flooded streets on the outskirts of Pathein, where flooding has persisted for months 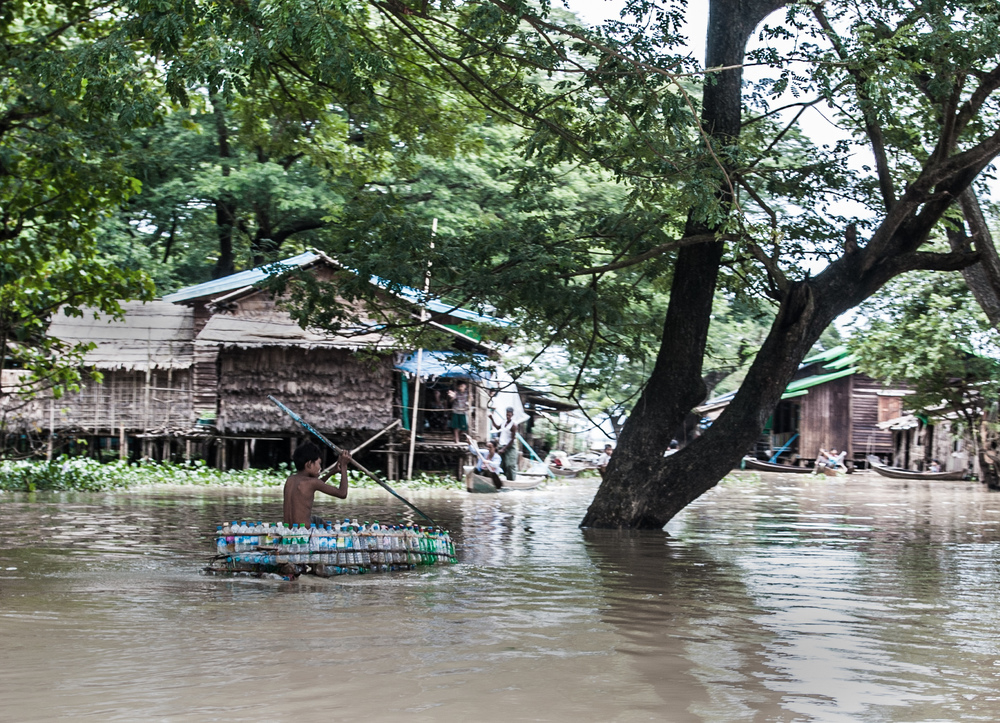 Aurelie Marrier d'Unienville/IRIN
In the village of Sit Pin Gyi, where locals have had to improvise to deal with the floods, a boy paddles in a boat made from empty bottles 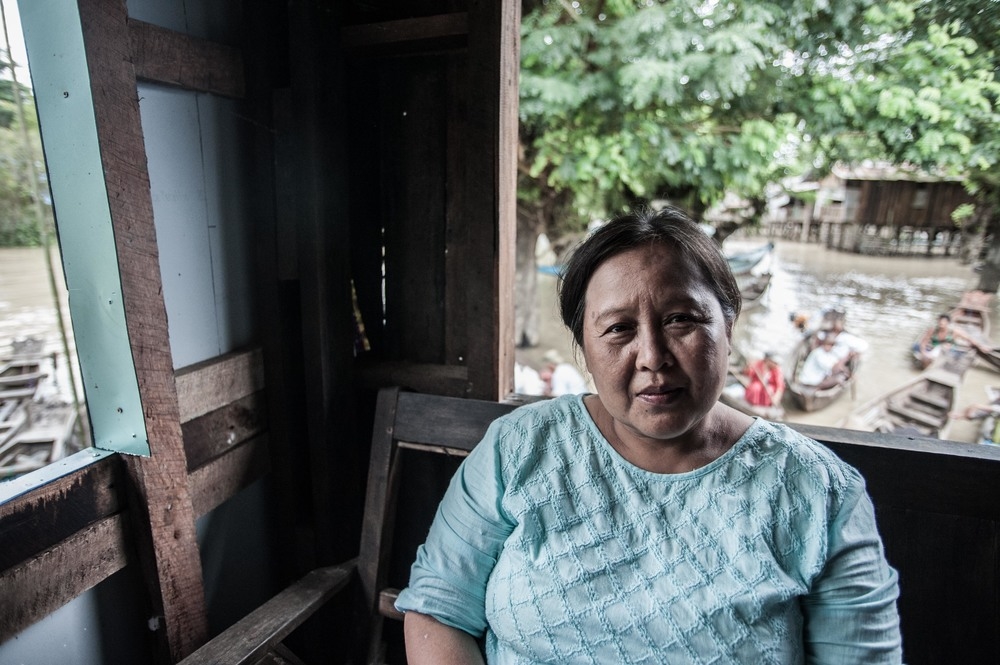 Aurelie Marrier d'Unienville/IRIN
Naw Eh Eh Wah, a Baptist church minister in the village of Nwe Ni Chaung, said the village has not seen flooding like this in over a decade 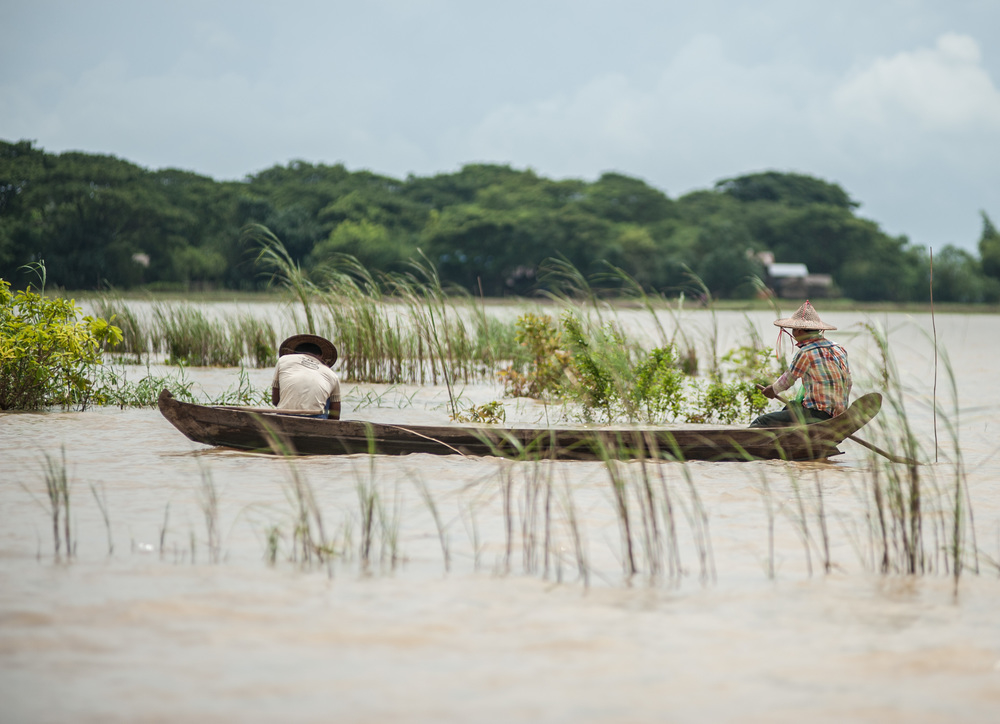 Aurelie Marrier d'Unienville/IRIN
Men paddle a canoe through a flooded rice paddy. The Food and Agriculture Organization reports that almost a million acres of crops, mostly rice, have been lost due to flooding 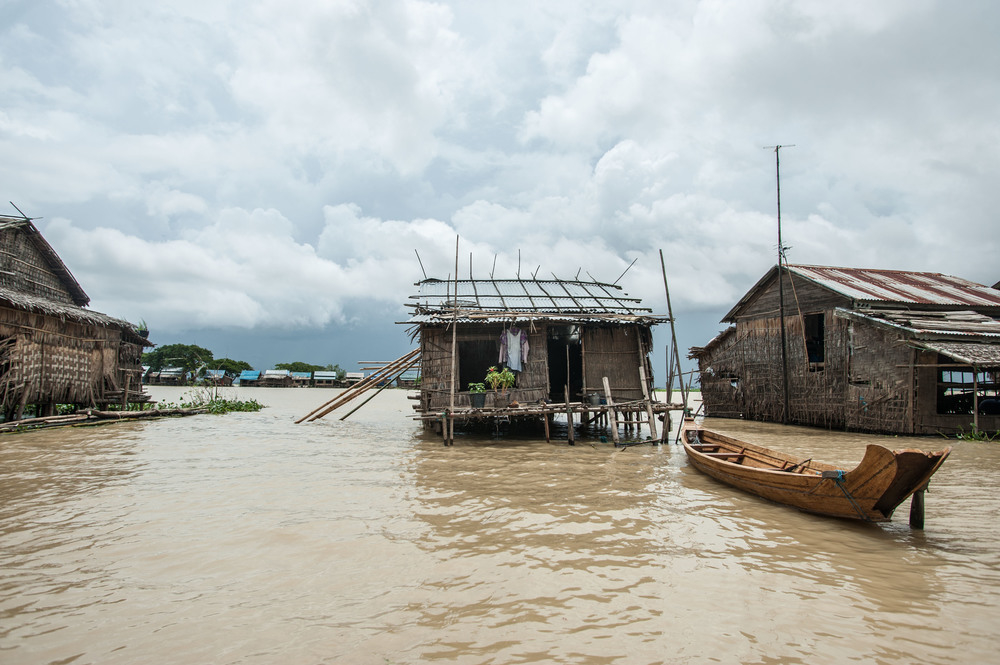 Aurelie Marrier d'Unienville/IRIN
According to the Food and Agriculture Organization, people from 385,000 households have been displaced by the floods 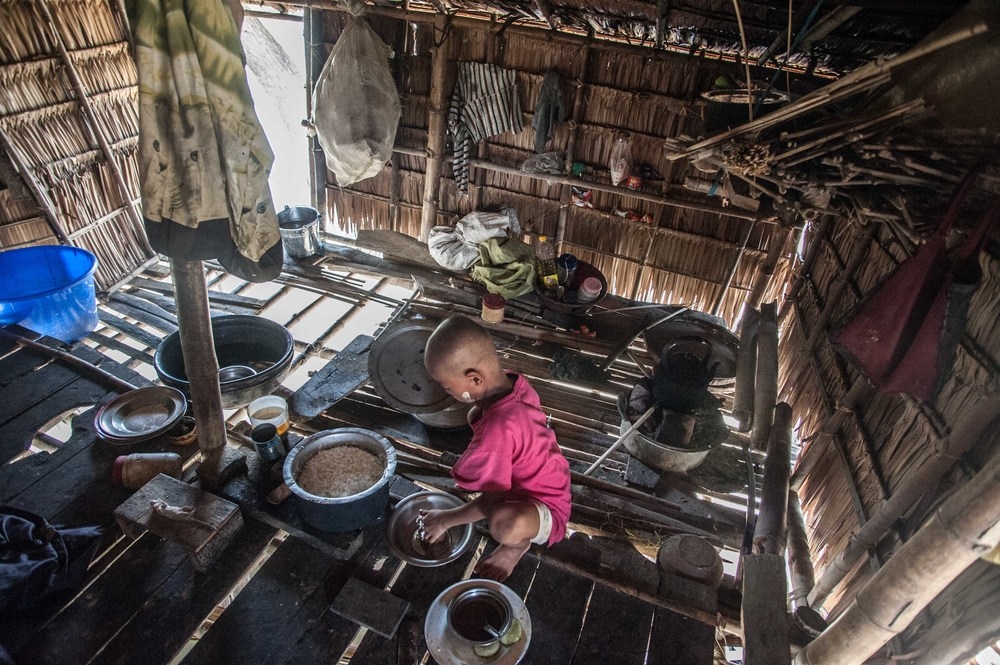 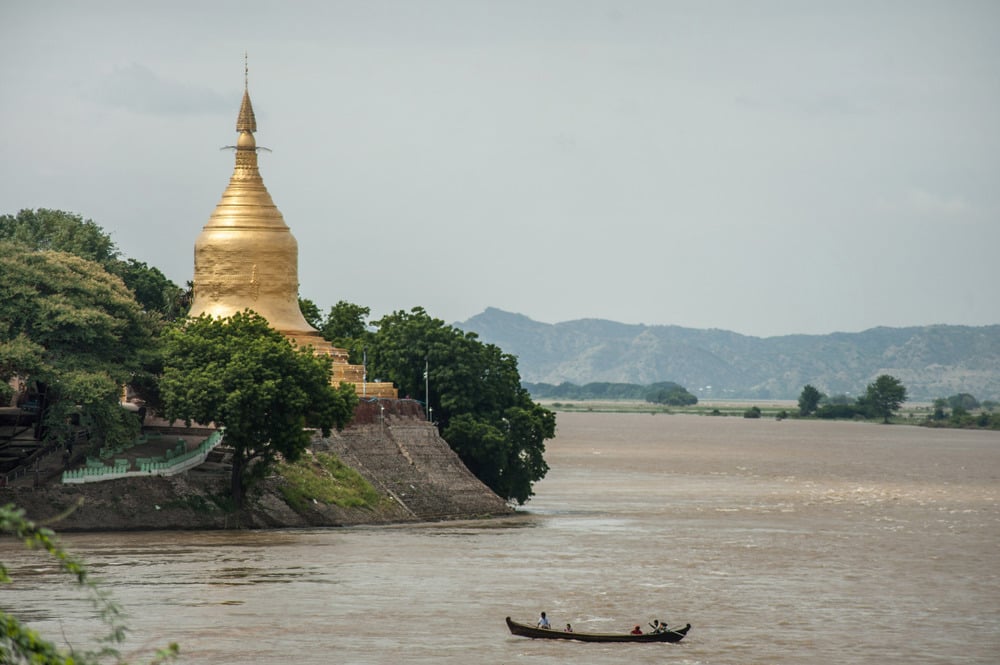 Aurelie Marrier d'Unienville/IRIN
With rain still falling in the headwaters of the Irrawaddy, the government has warned that water levels have exceeded danger points in some areas 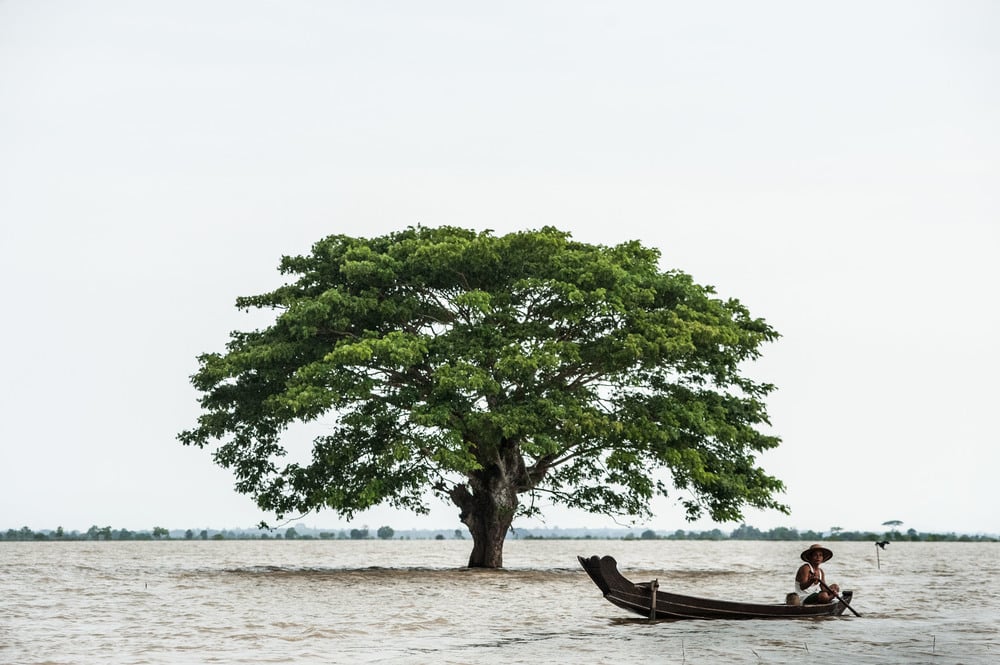