Palestinians in the Bourj el-Barajneh camp in Lebanon are regularly killed by loose electric cables. Understanding why goes to the heart of the problems faced by hundreds of thousands of Palestinian refugees in the country.

Draped with water pipes and high voltage wires, the major fuse box that splits power from the grid in the centre of Beirut's Bourj el-Barajneh is known locally as the "wall of death." Rusty and exposed, it stands at head height on a major thoroughfare in this overcrowded Palestinian refugee camp. Several people have died tinkering with it over the years, and yet nothing has ever been done to make it safer.

For a symbol of the struggle Palestinian refugees face in trying to live a basic but dignified existence when 18,000 human beings are squeezed chaotically onto just one square kilometre of land, look no further.

According to camp officials, 48 people have died from electrocution in Bourj el-Barajneh in the past five years. The majority of these accidents were preventable, but the combination of a lack of funding, Lebanese political intransigence and Palestinian infighting have scuppered any chance of carrying out the simple reforms that could have saved dozens of lives. 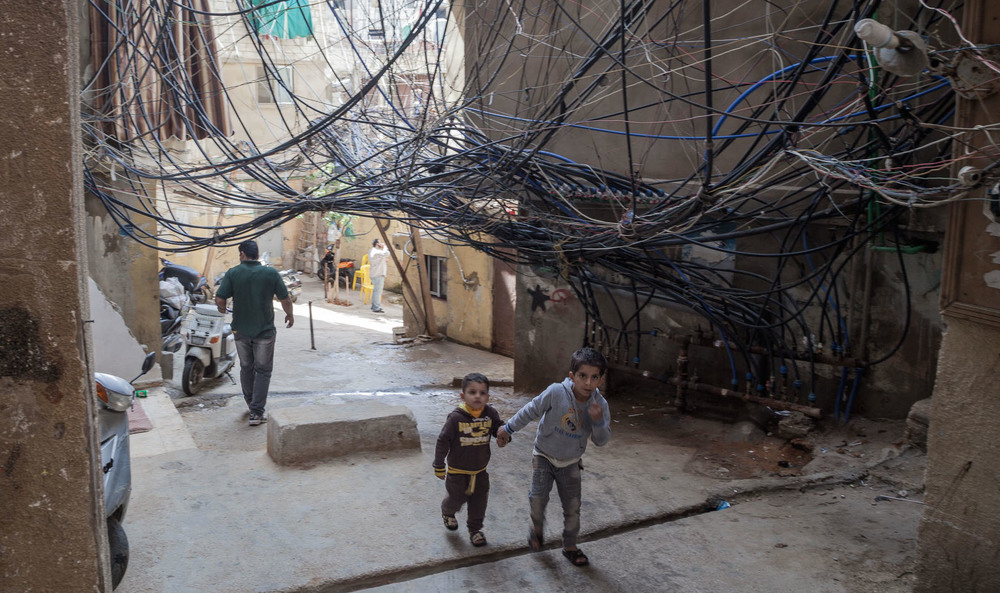 Ahmed al-Qaed, 54, was deaf and desperate. He settled for employment as a builder in construction. Earning a meagre $26 a week, his wage barely supported his wife Amal and their three children. In Bourj el-Barajneh, any construction work is also highly dangerous.

Last October, Ahmed took a break to have lunch at home with his wife. Shortly after he returned to work, there was a frantic banging on the door. Ahmed had been electrocuted by a dangling overhead cable. Carried to hospital, he died hours later. "He was a modest man," 34-year-old Amal said solemnly. "[But] he was good to us." 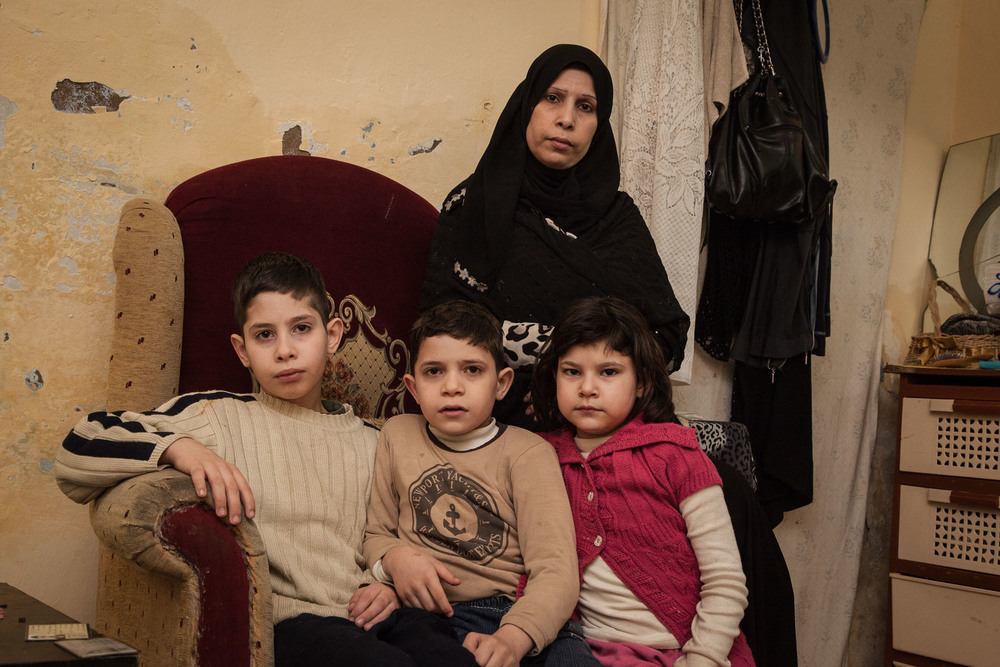 Bourj el-Barajneh was formed in 1948, after the creation of Israel forced hundreds of thousands of Palestinians to flee, 100,000 of them ending up in Lebanon. Nowadays, there are at least 400,000 Palestinians in the country. Around half of them live in 12 recognised refugee camps, of which Bourj el-Barajneh is one.

After the 1969 Cairo agreement, the camps were given semi-autonomous status and placed under the governance of popular committees. These organisations were designed to fulfil municipality functions such as providing water and electricity to residents.

But as the Palestinian presence became more unpopular, fuelled by the involvement of the Palestine Liberation Organization in Lebanon's 1975-1990 civil war, the government made it harder for them to stay.

In 1987, the government unilaterally cancelled the Cairo agreement without designing a new legal framework to replace it. The popular committees remained intact, but their powers became more unclear and overlapped with those of the Lebanese state.

In 2010, new legal restrictions were introduced prohibiting building materials from being imported into Bourj el-Barajneh. This has created crippling delays.

To bring in the materials needed to tackle the electricity crisis, the Palestinian popular committee still needs permission. But the Lebanese government is hostile to improving infrastructure in the camp as this is seen as encouraging permanent refugee settlement. 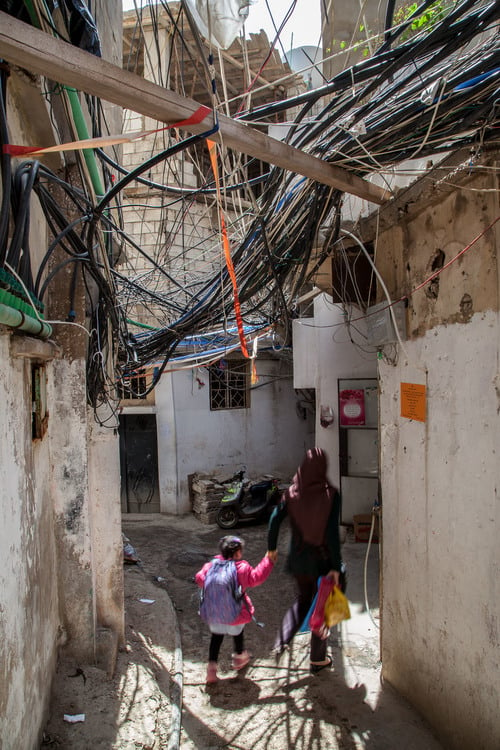 James Haines-Young/IRIN
Darkazally Zizette, public information officer for the United Nations Relief and Works Agency (UNRWA), the agency responsible for Palestinians, said attempts had been made to address the issue but the basic facts remain.

With the Lebanese government also threatening to demolish any large reconstruction projects undertaken without consent, the Palestinians have no option and are forced to cope with lethal electricity hazards and poor service provision — street lights are nonexistent and blackouts are common.

Even when minor repairs are allowed, UNRWA struggles to coordinate projects because of infighting between the rival Palestinian factions who are vying for political influence and control over the camps.

With different schemes designed by a multitude of NGOs and wrangled over by opposing groups in the camps, plans to address electricity hazards are often uncoordinated and inconsistent. 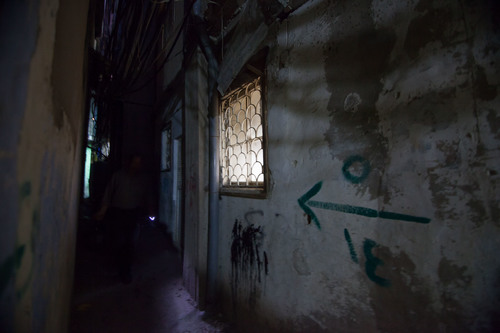 James Haines-Young/IRIN
“We want to live in dignity,” Abu Bader told IRIN, while drinking tea in his office. “But the government doesn’t want Palestinians on their land.”

Because camps in Lebanon were hastily built as temporary shelters after 1948, sustainable infrastructure was never put in place. And with Palestinians making up the largest and most protracted refugee crisis today, rampant overpopulation only makes the hazards worse. 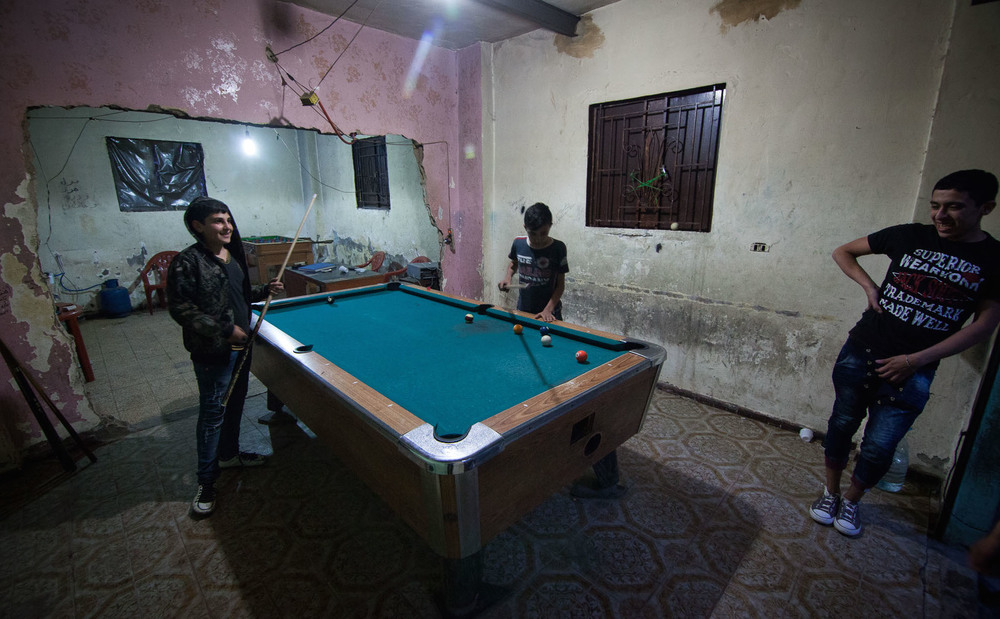 Afraid to encourage assimilation and upset the delicate balance between the country's many different Muslim and Christian communities, the government maintains that improving camp life would threaten Palestinians' "right to return" to their homeland.

Sitting on a chair behind her three children, Amal – herself from Syria – held her husband’s I.D. card in the palm of her hand. Placing it on the table next to her own, she wondered how she could possibly support her children without him.

“I can’t go back to Syria,” she said, despondently. “I hope to find someone to help us here.” 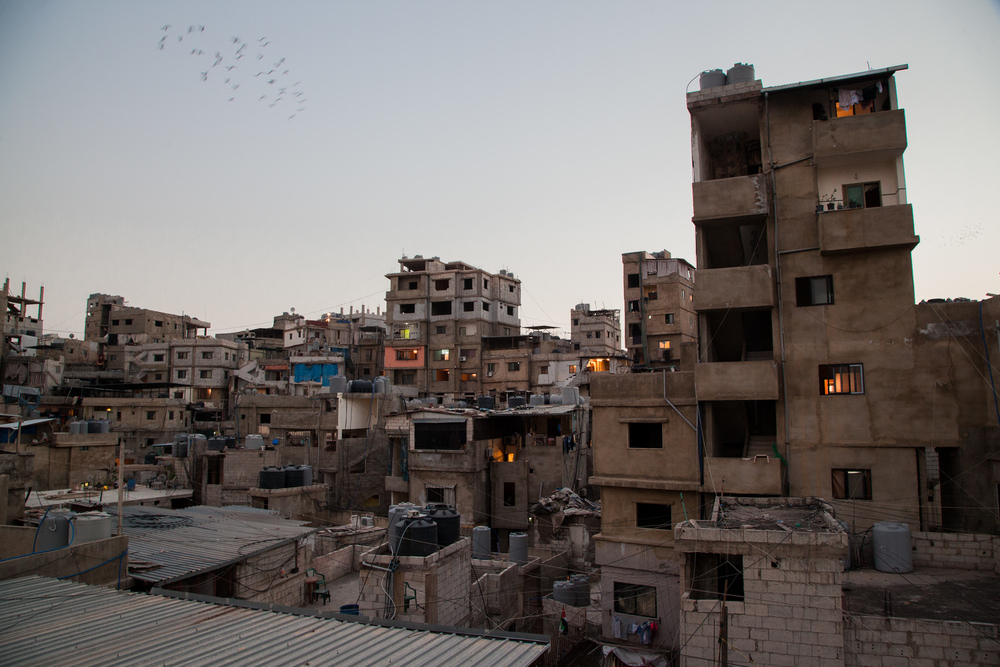