Read about what we achieved.
KAGUNGA

Over 110,000 Burundians have fled their country amid protests and an attempted coup d'état. Now a cholera outbreak has made the journey all the more dangerous.

Of the thousands who have fled in recent weeks amid protests against President Pierre Nkurunziza’s plan to run for a third term and a related attempted coup, more than half have arrived in neighbouring Tanzania.

Many of the refugees have made the same hasty journey before. Hundreds of thousands of Burundians fled their homeland during the country's 12-year civil war, only to return after the 2005 peace agreement. One woman waiting at Kagunga to catch a boat to Kigoma in Tanzania said she plied this exact route in 1993 and along with other refugees spoke warmly of their earlier years there:

“The Tanzanians were so welcoming then, we considered this our best option”

Some 50,000 people are now crowded into Kagunga, a Tanzanian village on an island wedged between mountains on one side and Lake Tanganyika on the other. With Kagunga surrounded by mountains, the refugees must wait to board a ship and make the three-hour trip to the port of Kigoma. According to the International Rescue Committee said, the ship is transporting 600 passengers twice daily, leaving those who remain behind in overcrowded and unsanitary conditions.

The exodus has prompted a major public health crisis. A cholera outbreak on Kagunga has so far claimed 27 lives. 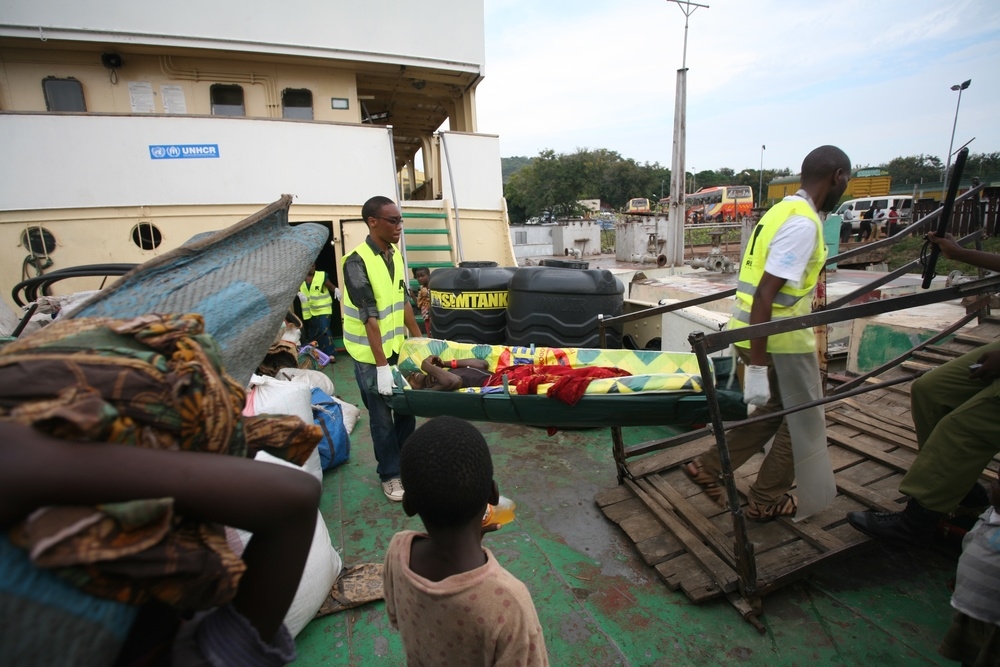 Jessica Hatcher/IRIN
A male Burundian refugee with suspected cholera is carried off the MV Liemba in Kigoma, Tanzania, by staff of the International Rescue Committee 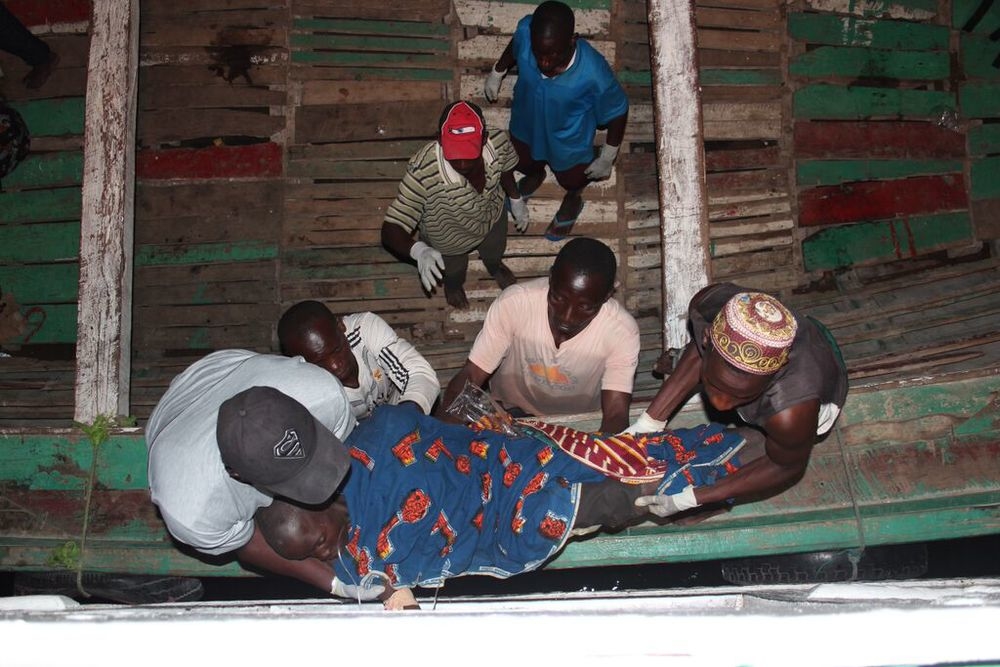 Bill Marwa/Oxfam
Health conditions are deteriorating for refugees who are now living on the shore of Lake Tanganyika as they wait to be transferred by Ferries to Kigoma Tanzania.

Overcrowding and poor sanitation have resulted in a surge of confirmed or suspected cases of cholera and acute watery diarrhoea among the refugees…without a cholera treatment centre on site in Kagunga, mortality rates may become extremely high,”
– UNICEF 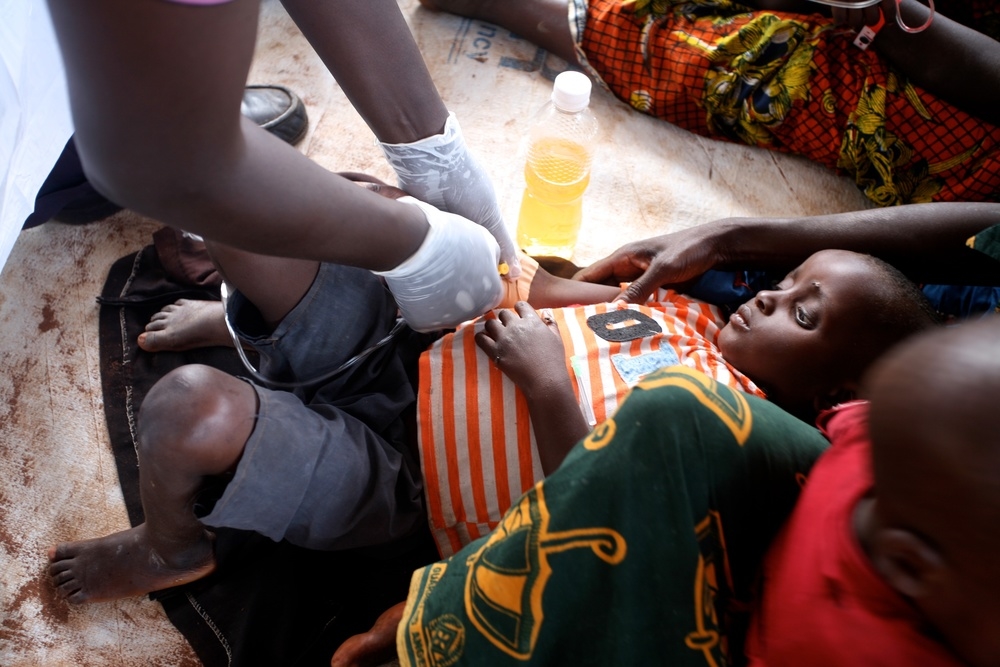 Jessica Hatcher/IRIN
A Burundian refugee suspected of having cholera receives IV rehydration in the health clinic at Lake Tanganyika Stadium in Kigoma, Tanzania. 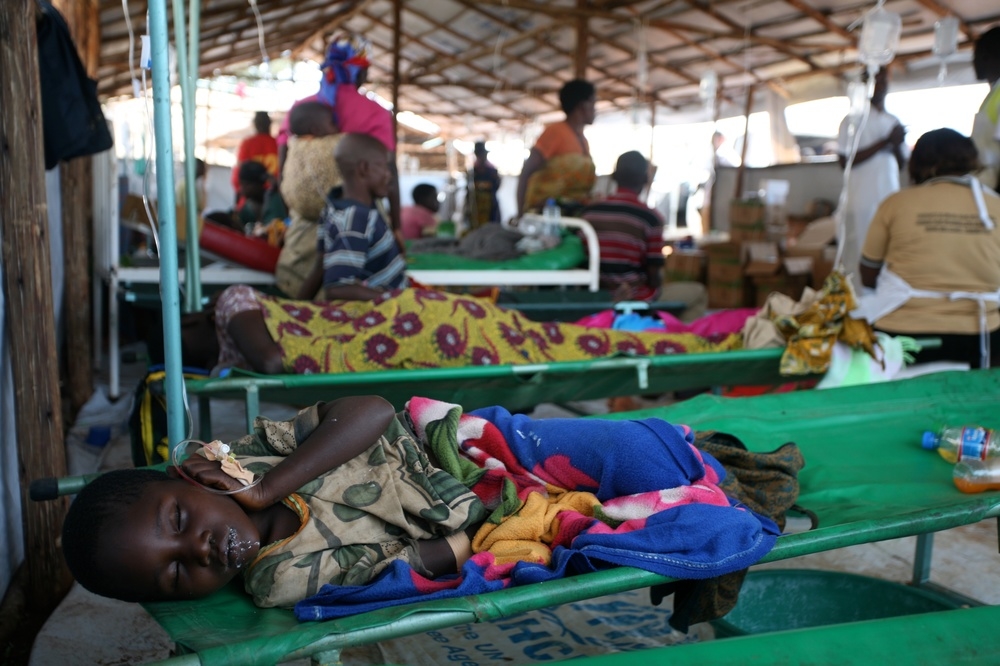 Jessica Hatcher/IRIN
A child recovers from the journey and sleeps in the health clinic at Lake Tanganyika Stadium in Kigoma, Tanzania
Medical facilities at the camp have been overwhelmed by the number of sick people. According to Oxfam, approximately 22,000 refugees have been transported from Kagunga to Nyarugusu camp, where they are being temporarily housed in schools and churches, as aid agencies source supplies needed to build appropriate shelter. Clean water, medical care and proper sanitation are urgently needed. 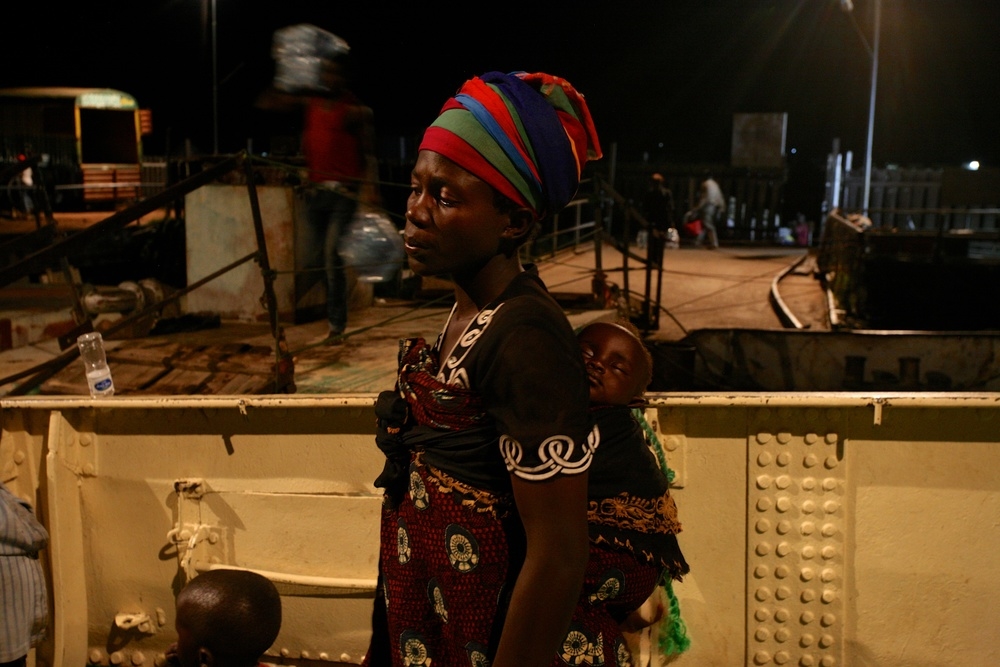 Jessica Hatcher/IRIN
Delphin Nyiyanwi waits aboard the MV Liemba for the body of her 4-year old son to be carried off the boat after he died of suspected cholera. 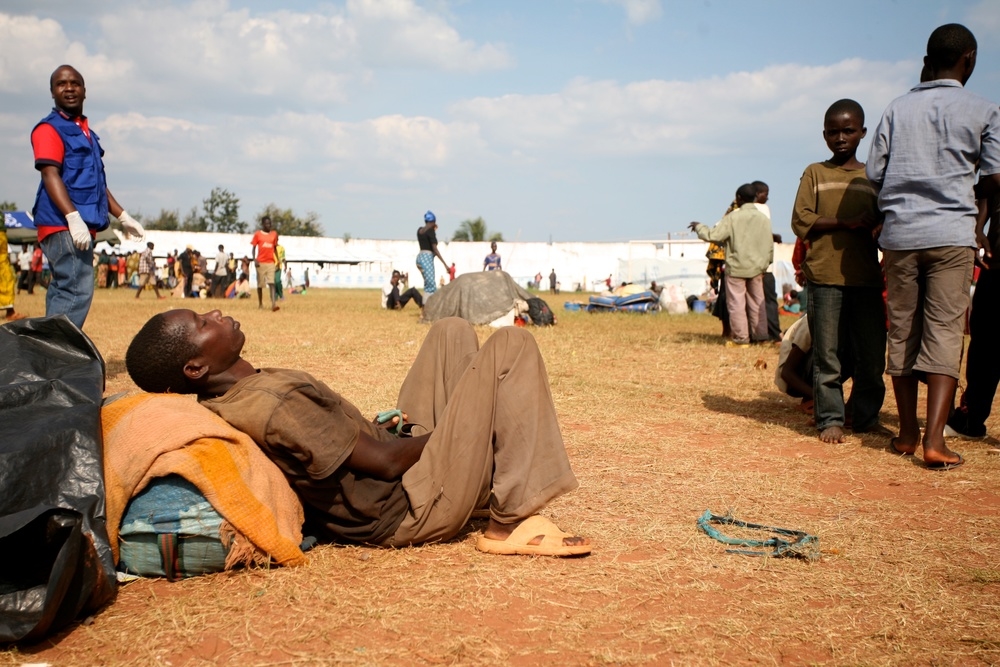 Jessica Hatcher/IRIN
A Burundian refugee dozes in the sun at Lake Tanganyika Stadium in Kigoma, which has been turned into a transit site for the refugees
Basigivyahbo has fled Burundi four times in the past, once to Democratic Republic of Congo and three times to Tanzania.  He opposes Nkurunziza’s decision to run for a third term and has little incentive to stay: poor governance at the top of the pyramid, and not enough to eat further down. Even as a citizen of Burundi, his life entails scraping by on what he can.

“I’ve been running my whole life... There are a lot of us who want to stop running. We want to settle somewhere else”
— Moise Ntiranyibagira, 35, has lived in Burundi less than half his life

Edited and compiled by Tamara Leigh