The authors are lead researchers on the Urban Africa: Risk Knowledge (Urban ARK) research and capacity building programme a research programme on urban risks in Africa. Research is based in cities in Senegal, Nigeria, Malawi, Kenya, Sierra Leone, Tanzania and Niger to better understand the nature and scale of risks, especially for those in low-income areas. Their views are shaped by the research findings.
LONDON

The death toll rose within a few days to approximately 500, with several hundred more people reported missing and thousands displaced. The full extent of this disaster and the exact losses are not immediately known and may never be fully investigated.

However, beyond this short-term intervention, the persistence of African urban risk and frequent disaster events raise issues that require urgent attention.

Much can be learnt from the recent disaster in Freetown, which was caused by multiple interrelated factors: weak and fractious planning, inadequate governance and disaster preparedness, lack of affordable land leading to extensive land use change, deforestation, and land-grabbing in hazardous locations.

This situation is characteristic of many rapidly urbanising contexts in West Africa and beyond marked by widespread poverty, weak local governments, and high levels of informality.

Sub-Saharan Africa (SSA) is one of the most rapidly urbanising regions in the world. By 2040, it is forecast that more people will live in urban areas than rural areas, amounting to approximately 854 million urban dwellers.

In the context of widespread poverty, climate change, and limited capacity to plan and manage rapid urban growth, towns and cities across SSA are becoming increasingly vulnerable to and impacted by a wide range of hazards. These range from everyday perils (infectious and parasitic diseases, road traffic injuries), to small disasters (structural collapse and flash floods), to major disasters (tropical storms, earthquakes, and floods).

Beyond catastrophic events, the impacts of everyday events can have a considerable and in some cases even higher aggregate impact on human health and wellbeing. This leads to cycles of risk accumulation that trap individuals and communities in conditions of vulnerability, which need to be better understood and properly addressed.

The United Nations Office for Disaster Risk Reduction, UNISDR, categorises large-scale disasters as high-intensity events associated with major hazards in which at least 30 persons are killed and/or at least 600 houses are destroyed. Small-scale disasters have impacts below these two thresholds.

The idea of “everyday risks” speaks of systemic, characteristic, and high-frequency conditions and hazards that people and communities are continually exposed to, and could lead to losses that may not only be related to mortality or the destruction of property and may even become normalised phenomena. These include: protracted periods of illnesses from endemic infectious and parasitic diseases (not epidemics), motor accidents, isolated cases of domestic fires, persistent air pollution and poor waste management, and frequent flash flooding.

It is small-scale disasters and everyday risks that are the cause of much premature death, injury, and impoverishment in urban Africa, and not always the media headlining large-scale events.

With the shocking events and images from Freetown fresh in our minds, pressing questions arise as to what can be done to prevent recurrences and what step-change is required for effective and equitable disaster risk reduction and management in Freetown and other similar urbanising African centres. 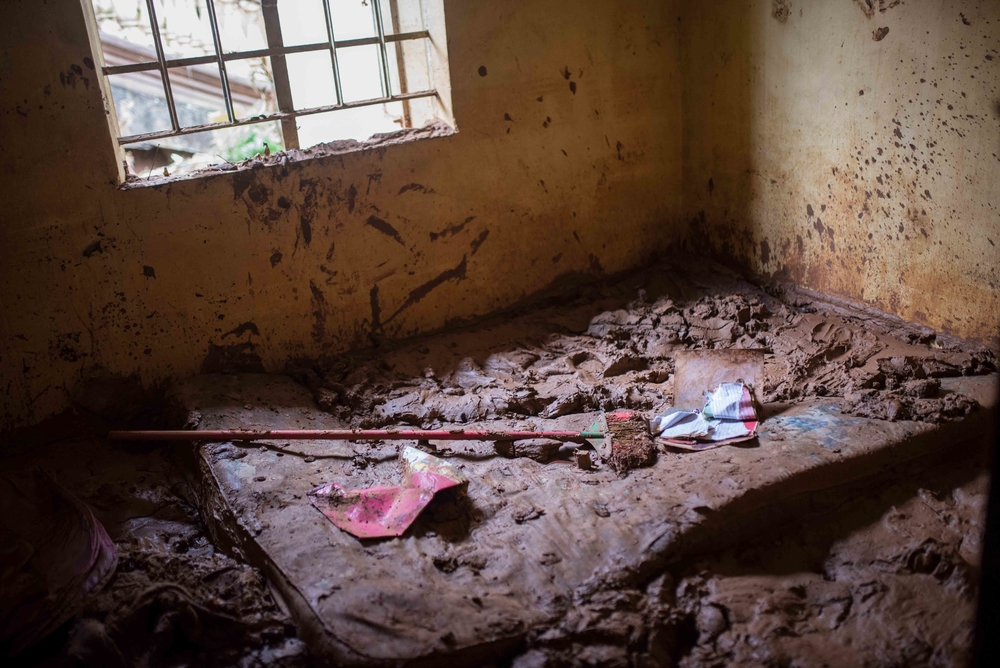 While the magnitude of the challenge can’t be underestimated or oversimplified, stakeholders at all levels are increasingly trying to tackle and understand the accumulation of risks with these critical considerations emerging:

Addressing the most vulnerable and hazard-prone areas: People are affected differently by different risks, and are vulnerable if they’re more susceptible to being harmed or killed and/or to livelihood, income or asset loss, and if they have less capacity to cope and adapt to a hazard or disaster. Consequently, there’s a need to clearly identify which groups or areas in urban centres are most vulnerable. The most vulnerable are disproportionately impacted by disaster events and are often those living in informal and hazardous locations.

Support for local and urban action: The international and external support agencies that are very active in the aftermath of a disaster need to recognise the need to support sustained local action on the part of local governments, universities, research centres and civil society organisations – building technical and practical knowledge, raising capacity, and providing sustainable long-term support.

Like many other African countries, Sierra Leone has adopted a framework that promotes a decentralised governance approach to disaster risk management. Empowering the lowest level of actors in communities helps to address a key operational deficiency in these elaborate structures.

Although Freetown has recently witnessed promising cases of effective community-based disaster risk management committees set up through a circuit of NGO- and donor-funded projects, these remain very limited and fragmented.

Collaboration between local governments and groups at risk is key to promote equitable dialogue and solutions. The urban poor have significant capacity to mobilise and mitigate everyday risks, but their efforts need to be acknowledged and their rights recognised.

Filling data gaps: There’s a need for a better understanding of the nature and scale of urban risk, and greater knowledge about how urbanisation is influencing its social and spatial distribution.

Major disaster databases such as the international emergency database ‘EM-DAT’ and the Global Disaster Identifier Number (GLIDE) tend to exclude smaller, everyday hazards – ranging from infectious diseases to road traffic injuries and localised floods – despite the significant cumulative impacts they have on the lives and livelihoods of urban dwellers, particularly the urban poor.

The availability of and access to detailed, systematic, and localised data on urban risks and impacts are fundamental for policymakers and development practitioners.

Sendai’s priorities for action: The voluntary non-binding Sendai Framework for Disaster Risk Reduction was adopted by UN Member States in 2015 in Sendai City, Japan. Its successful implementation will depend increasingly on risk management efforts in urban areas.

The SFDRR recognises and guides the risk reduction potential and opportunities of urbanising cities and emphasises land-use planning and building standards, insurance, and the mainstreaming of Disaster Risk Reduction into planning systems.

Beyond this, its priorities are positioned alongside the broader development approach of the Sustainable Development Goals – including Goal 11 of making cities and human settlements inclusive, safe, resilient and sustainable – and UNHABITAT’s New Urban Agenda.

Combined and co-ordinated action through these technical and developmental frameworks can support much-needed transformation in urban risk management to tackle the root causes of risk in social protection, land rights, environmental quality, economic opportunity, and urban governance, as well as the immediate needs of risk assessment, preparedness, response, and recovery.

The adoption of the Sendai framework’s priority action targets by African urban planning and governance systems can help shift risk reduction toward development, supported by risk informed, integrated, coordinated, and programmatic approaches that recognise the centrality of breaking cycles of risk accumulation.

To break these cycles and prevent or reduce the effects of disasters such as the recent mudslide in Freetown, a better understanding is needed of how knowledge of risk can lead to action. This requires collaboration between government, humanitarian actors, and civil sector organisations in partnership with local communities in both formal and informal areas.

(TOP PHOTO: This man is still moving mud out of his house five days after the tragedy. Olivia Acland/IRIN)