No one chooses to flee their home. I fled my country, Somalia, at a young age and ended up in one of Kenya’s Dadaab refugee camps where I spent many years. It was never our choice to leave and I would like nothing more than to return home.

As world leaders gather at the UN General Assembly next week to address refugee and migration crises around the world, thousands of Somali refugees who have been living in Dadaab are trying to return home. Responding to pressure from the Kenyan government, which has vowed to shut down Dadaab, they agreed to ‘voluntary’ repatriation. But Somali authorities blocked their passage, arguing that neither the UN’s refugee agency nor the Kenyan government had provided adequate support for the returnees to survive in a country still struggling to end a protracted civil war.

Unwanted in Kenya and unable to return to Somalia, what does the future hold for the half a million Somali refugees who remain in Dadaab?

They represent just a fraction of the 65 million people forcibly displaced from their homes across the globe. Unfortunately, the world has turned its back on them. Instead of building bridges, many countries have responded by building walls.

The UN summit comes at a critical time when governments are becoming more intolerant of migration and avoiding their responsibilities towards refugees. Doomed policies like the EU-Turkey deal are pushing migrants and refugees to use ever more treacherous routes that have resulted in more than 4,300 deaths worldwide so far this year.

There is an urgent need, not just for another talking shop, but for global action. The Refugee Response Framework, to be adopted at the summit, strongly reaffirms the validity of the 1951 Refugee Convention, sending a much-needed message to member states that have responded to influxes of asylum seekers with barbed wire. But the framework lacks any concrete plan requiring governments to act.

Refugees and migrants have the right to be consulted and given the opportunity to take part in decisions about policies that affect their lives directly. The fact that they were not included in the negotiation process ahead of the summit makes me feel the outcome is unlikely to be in our favour.

I recently returned to Dadaab to document the 25-year anniversary of the camps’ existence and what I found was heartbreaking – three generations of refugees who have lost hope of ever finding a durable solution.

They have been waiting for the world to act for a quarter of a century. A combination of pressure from the Kenyan authorities and poor living conditions had forced many to sign up for repatriation back to Somalia – a country already struggling to support more than a million internally displaced people in the midst of extreme insecurity. 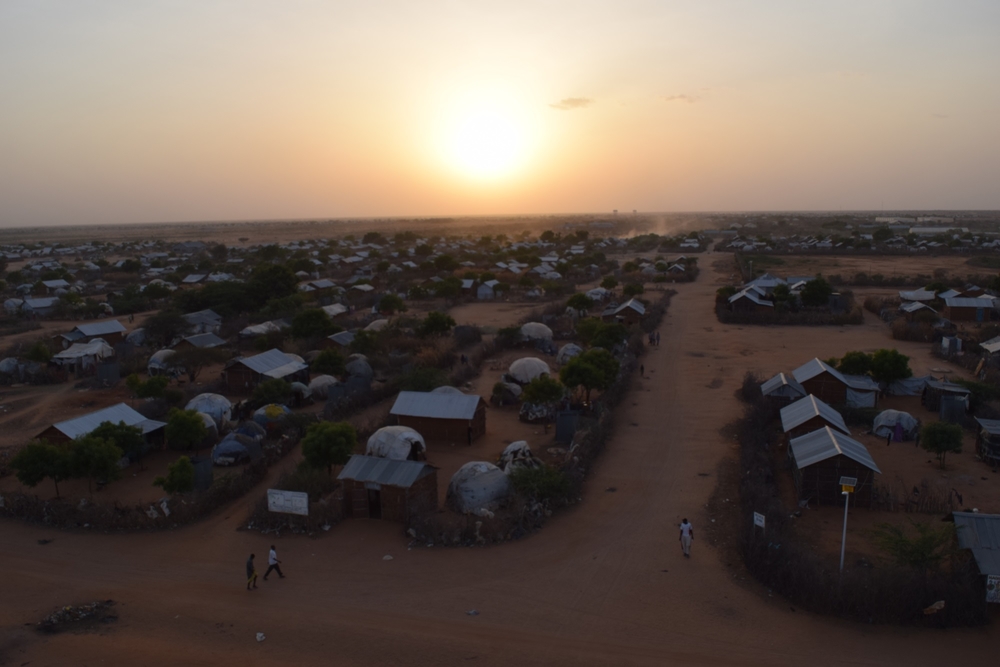 If we really want to support refugees, we have to change our attitude. Instead of seeing them as a burden, we must start seeing them as people with great potential to make a contribution to the countries hosting them; if given the opportunity to do so.

I’m encouraged to see that the framework includes a section that calls for member states to promote refugee self-reliance. Host countries are urged to expand opportunities for refugees to access education and employment. If implemented, such policies could change the lives of the many young, educated refugees idling in camps like Dadaab, people who currently have no freedom of movement or legal right to work.

The true cost of waiting

This is impossible to fathom when today we have an average of 24 people being displaced every single minute. If the current trend continues, this means that by the time world leaders meet again in 2018, another 25 million people will have been displaced globally, not to mention the thousands more who may perish trying to find safety.

Member states should put themselves in the shoes of refugees and displaced people and immediately start developing practical solutions and implementation plans. At the very least, national polices should be brought in line with international refugee and humanitarian laws that most states have agreed to.

For now, we have no guarantees that the leaders who will reiterate the importance of upholding the rights of refugees and migrants on 19 September will not return home and adopt national policies undermining those rights.