She Said: Women’s lives, women’s voices You’ve heard it before. Women and girls pay a heavy price during humanitarian crises. She Said is an ongoing collection of reporting in which women offer glimpses of their lives, speaking with TNH from COVID-19 lockdowns, situations of conflict and displacement, and other global emergencies.
NGAOUNDÉRÉ, Cameroon

Sixteen-year-old Inna won’t be returning to school in Cameroon, even though coronavirus restrictions have eased. During the lockdown, she was married off to a 55-year-old cattle herder. Her father said he didn’t want one more mouth to feed.

“My father complained [that] instead of me eating his food and occupying his space, I better get married,” Inna* told The New Humanitarian in April at her home near Ngaoundéré, in the Adamawa region. “My father told me that marriage is my ticket to heaven – not education.”

There are far-reaching consequences to the continuing practice of child marriage. Girls are often stripped of educational opportunities and subjugated to lives of chores, childbearing, and domestic violence, UNICEF says. The World Health Organisation also says the leading causes of death for girls ages 15 to 19 are complications from pregnancy or childbirth.

Aid groups warn that forced child marriages could be on the rise globally due to school closures, food insecurity, and economic uncertainty triggered by the COVID-19 pandemic. In Ethiopia, more than 500 girls have been rescued from forced marriages since March, while anecdotal evidence suggests spikes in other countries such as Afghanistan, India, South Sudan, and Yemen.

The United Nations Population Fund, or UNFPA, has predicted that the anticipated economic consequences of the coronavirus pandemic, along with disrupted efforts to end child marriage, could result in some 13 million more child marriages in the next decade.

Girls in developing countries are also at a substantial risk of gender-based violence, early pregnancy, and dropping out once schools re-open, according to a new survey from the Center for Global Development, a Washington D.C.-based think tank.

Cameroon, which has seen some 8,681 cases and 212 deaths from the coronavirus, instituted lockdown measures to prevent the spread of the virus on 17 March. It has since eased some restrictions, including re-opening some schools last week. In addition to trying to contain the virus, Cameroon has also been beset by fighting between government forces and separatist insurgent groups in Cameroon’s anglophone regions.

Since November 2019, there has been a surge in violence in the Northwest and Southwest regions – referred to collectively by pro-independence fighters as the Southern Cameroons or the Republic of Ambazonia. The four-year conflict, triggered by the perceived marginalisation of the regions from majority French-speaking Cameroon, has left at least 3,000 people dead.

One recent attack, in the northwest of the country on 14 February, left at least 21 civilians dead, including 13 children and one pregnant woman. 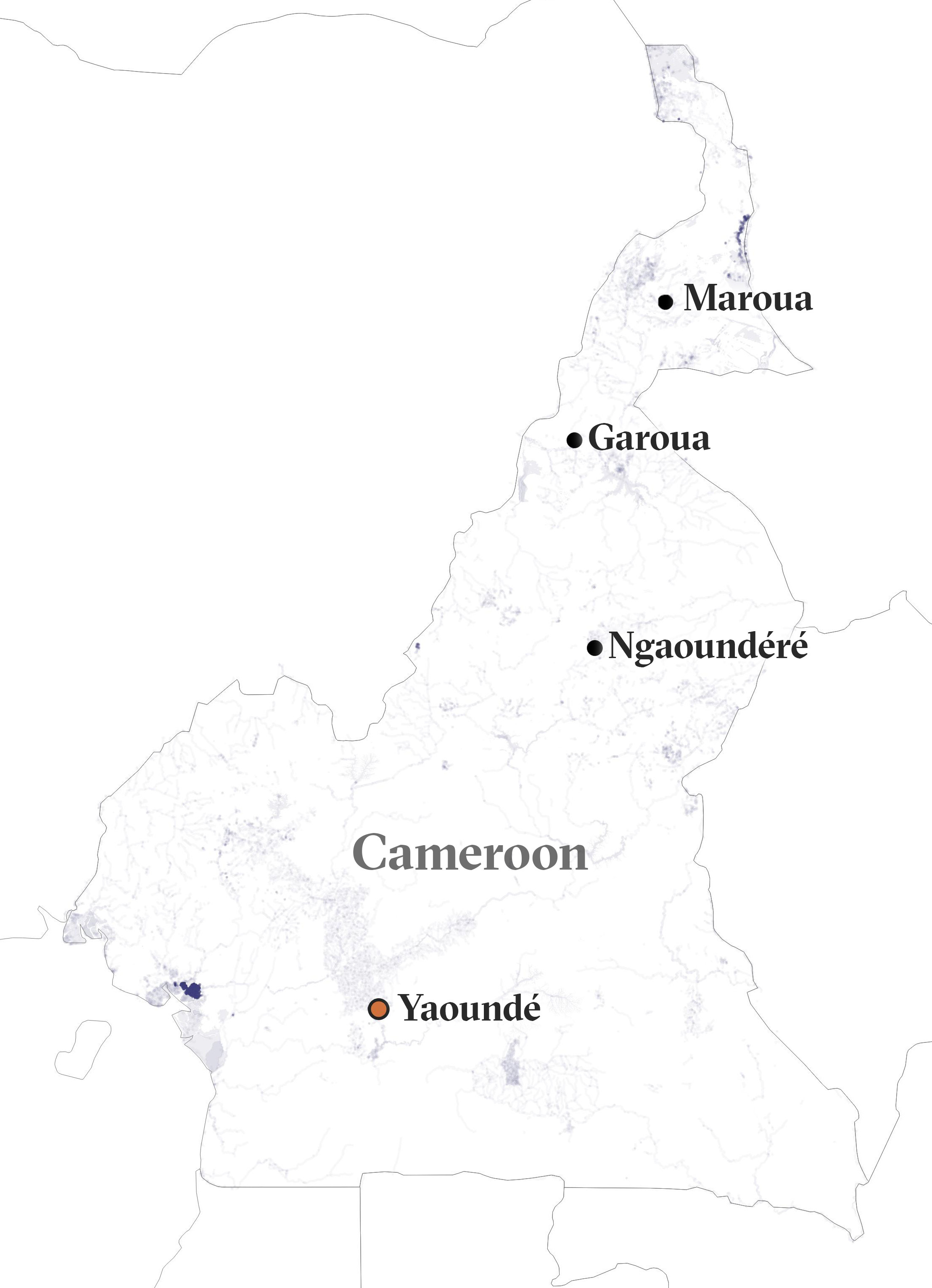 In April, TNH travelled to Adamawa, and to Garoua in the North region – more than 1,100 kilometres north of the capital, Yaoundé – to investigate reports that child marriages had increased because of school closures associated with COVID-19 safety measures.

Child marriage is a common practice in northern Cameroon. According to UNICEF, more than 30 percent of Cameroonian girls are married before they are 18.

Just weeks after TNH visited Inna, she was married. Inna, who has seven siblings, has since told TNH by telephone that she has tried to escape multiple times, but each time she has been returned to her new home in a cattle farming area to the south of Garoua.

Last year, when Inna’s father started bringing around potential husbands to their house, she reported him to a women’s centre. That led to her father badly beating her, she said.

Since the pandemic, there have been fewer visits to the area by women’s rights activists or social workers, Inna told TNH. Police officers also often side with the families, she said.

‘I could have been happy’

Although Cameroon ratified the UN Convention on the Rights of the Child, which sets a minimum age of 18 for both girls and boys to marry, families often defend child marriages as cultural, or cite a law that allowed girls to be married at 15 or older, according to Nsen Abeng, a Yaoundé-based lawyer. The convention is supposed to supersede the law.

Forced child marriage carries a sentence of up to 10 years and a fine, but Abeng said it is rare for such cases to be prosecuted.

“I am hardly allowed to go out. I wish I could go back to school.”

For 14-year-olds Djouley* and Yawa*, in Maroua, the capital of Cameroon’s Far North region, marriage came amidst the school shutdown and the Muslim feast of Ramadan.

Child marriages often rise in parts of Cameroon during Ramadan as families look for additional help with cooking and chores. The school closures just gave extra cover for the practice.

“I feel irritated when I call him husband,” Djouley, who was married to a 47-year-old butcher, told TNH by telephone. “His friends visit us every day and I cook for them. I also help the co-wives. At night, I pray he doesn’t come to my room, but he comes some days.”

Unlike her peers, who now have husbands who are old enough to be their fathers or grandfathers, Yawa’s husband is in his 20s.

“I could have been happy if he came to marry me after my education,” she told TNH. “Nobody asked if I like him. Then, [at the end of March], I was told to go and live in his house. I am hardly allowed to go out. I wish I could go back to school.”

Leading rights activists in Cameroon – like Aissa Doumara, who co-founded a branch of the Association for the Elimination of Violence Against Women, and Aishatou Bouba, who runs an education non-profit for ethnic Bororo girls called the Cameroon Indigenous Women Forum – are trying to halt the practice.

Having fled a forced marriage at the age of 11 to pursue her education, 48-year-old Doumara, who is now remarried and based in Maroua, knows the challenges in fighting the practice. “When we talk against early and forced marriage,” she said, “we are accused of destroying the culture.”

*The girls’ surnames have been withheld over concerns for the privacy of the families.

(Fonyuy is also a communications officer for Cameroonian gender rights NGO Leap Girl Africa. This article was written in her personal capacity as a journalist.)