The search for survivors continues after a tsunami hit Indonesia’s Sunda Strait coast on Saturday night, killing at least 429 and injuring 1,485.

Heavy rains are complicating the job of rescue and aid workers, who fear the death toll may rise as they reach more remote areas. Officials admitted some communities were caught “off guard” due to nature of the disaster.

Early images and statements from the Indonesian meteorological agency suggest a chunk of the volcanic Anak Krakatau island collapsed after an eruption, causing an underwater landslide and waves as high as three metres (10 feet) to hit the islands of Java and Sumatra. But  scientists won’t be able to tell for certain what caused the tsunami until they can get closer to the volcano.

Indonesia is still recovering from a series of earthquakes and a tsunami that hit Central Sulawesi province in late September, killing 2,100 people and sending 80,000 into flight. 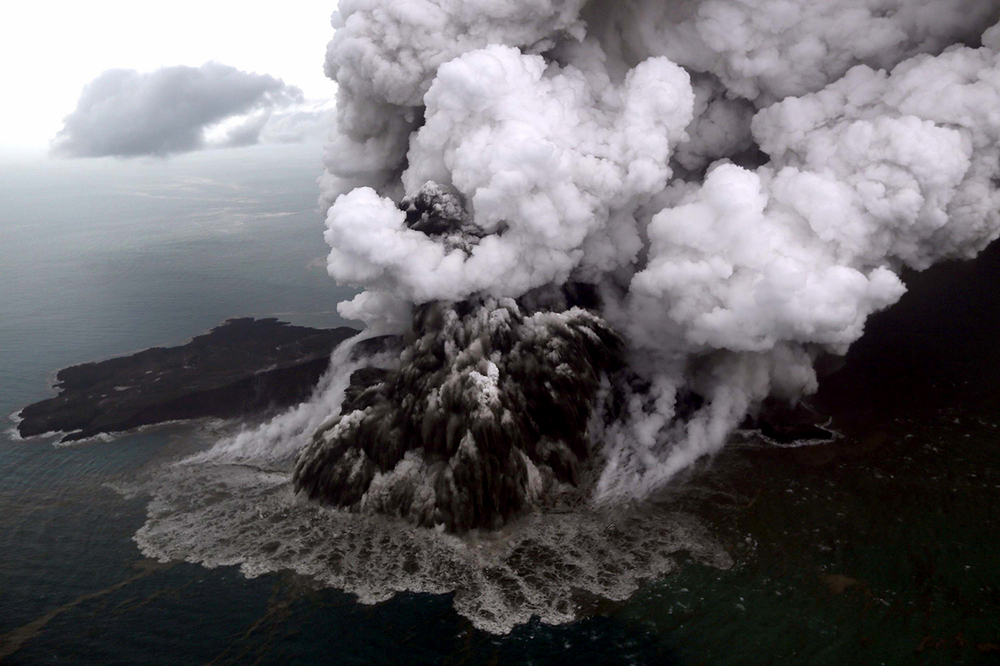 Are people still at risk?

Additional tsunamis are still a possibility, said Sutopo Purwo Nugroho, spokesman for Indonesia’s National Disaster Management Agency. Anak Krakatau has been erupting since June, but at a relatively low level.

"Recommendations from [the] Meteorology, Climatology, and Geophysical Agency are that people should not carry out activities on the beach and stay away from the coast for a while," he said.

Margarettha Siregar, humanitarian and emergency affairs director at Wahana Visi Indonesia, a local NGO affiliated with World Vision, told IRIN that the weather was still a main concern. The rain could make it difficult for aid workers to access people in need, she said, and could also increase the risk of communicable disease as people gather in temporary shelters.

How many people are affected?

Sutopo Purwo Nugroho said Tuesday that more than 16,000 people had been displaced by the tsunami.

Banten and Lampung provinces were the hardest hit, particularly Banten’s Pandeglang district, where in addition to a high number of fatalities many homes, hotels, boats, and cars were reported damaged and destroyed.

What do they need?

Siregar told IRIN that the immediate needs were food, medical care, clean water, and sanitation in temporary shelter. Aid workers were also delivering tarpaulins and blankets and teams were still out assessing the damage.

She said some people evacuated from the coasts are staying in sports stadiums and parking structures, while others are renting space in hotels and guesthouses.

In addition to this sort of emergency support, Siregar said there are still “children who need to be reunited with their families.”

Siregar added that her organisation would be keeping an eye on the longer-term impacts on communities, as many people in beach areas that largely rely on tourism could lose their main sources of income, and some may have to relocate altogether.

A host of NGOs and government agencies are on the ground, and OCHA, the UN’s emergency aid coordination body, said the government of Indonesia had not requested international assistance.

Laura Ngo-Fontaine, a spokeswoman for the International Federation of the Red Cross in Geneva, emphasised that while the IFRC was providing support from Jakarta to the Indonesian Red Cross, “it is a nationally led response”.

“The Indonesian Red Cross has a really strong capacity,” she told IRIN. “They have dealt with these kinds of disasters a lot over the years; especially this year, there have been tsunamis in Lombok and Sulawesi.”

Volunteers were reportedly pitching in, cooking meals for those who had fled the disaster area.

There was no warning. Indonesia has a network of 22 buoys that should alert the national meteorological agency to deep sea level changes, which in turn should tell local authorities. But the system hasn’t been operational since 2012.

In a tweet on Monday, Sutopo Purwo Nugroho blamed the inactive system on “vandalism, budget limitations, and technical damage”. He has been warning about the problem for years.

Indonesia has other warning systems, but they are for detecting tsunamis caused by earthquakes, not those due to volcanic activity and underground landslides. And they, too, have failed in the past: During September’s quakes and tsunami in Central Sulawesi, mobile phone towers were destroyed before alerts could go out, and warning sirens failed to sound in all impacted areas.

Indonesian President Joko Widodo said on Monday that he had ordered the country to buy tsunami detectors "that can provide early warnings” as none of Indonesia’s current systems could predict this sort of wave.

"Usually [tsunamis are] preceded by earthquake. That's why the residents and visitors in Carita and Labuan beaches and Tanjung Lesung and Sumur beaches were not prepared to escape," he said.

Dwikorita Karnawati, the chief of Indonesia’s meteorological agency, said he would look into installing tidal gates that could detect waves as they near land.

Indonesia sits on the Pacific Rim of Fire, an arc of volcanoes and fault lines in the Pacific. After two volcanic eruptions in 2014, experts questioned if the country was prepared to deal with the ongoing threat.

Siregar said the areas hit hardest by the tsunami were part of a national simulation exercise this year that practised readiness for natural disasters.

“In this area the government... has some preparedness, and some evacuation buildings,” she said. “The problem is we didn’t expect a tsunami without any earthquake or any early warnings. So that’s why the community there was caught off guard.”