Read about what we achieved.
BAMAKO

On Sunday, millions of Malians cast their votes in the first round of fiercely contested presidential elections amid accusations of fraud and a spike in jihadist and inter-communal violence in the West African nation.

Candidates had promised a path out of a brutal six-year conflict that has left more than 61,000 people internally displaced as of 31 May (up from 38,000 last December) and a further 130,000 people as refugees in neighbouring countries.

The government said it deployed 30,000 defence and security force personnel around the country to secure the vote, after militia groups in central Mali and al-Qaeda-linked extremists in the north vowed to disrupt it.

Voting day passed off calmly enough in the capital, Bamako, but 644 out of 23,000 polling stations around the country were forced to close following reports of gunmen burning stations and ballot boxes and intimidating electoral agents, mostly in central Mali. Rockets were also fired at a UN base in the northeast. 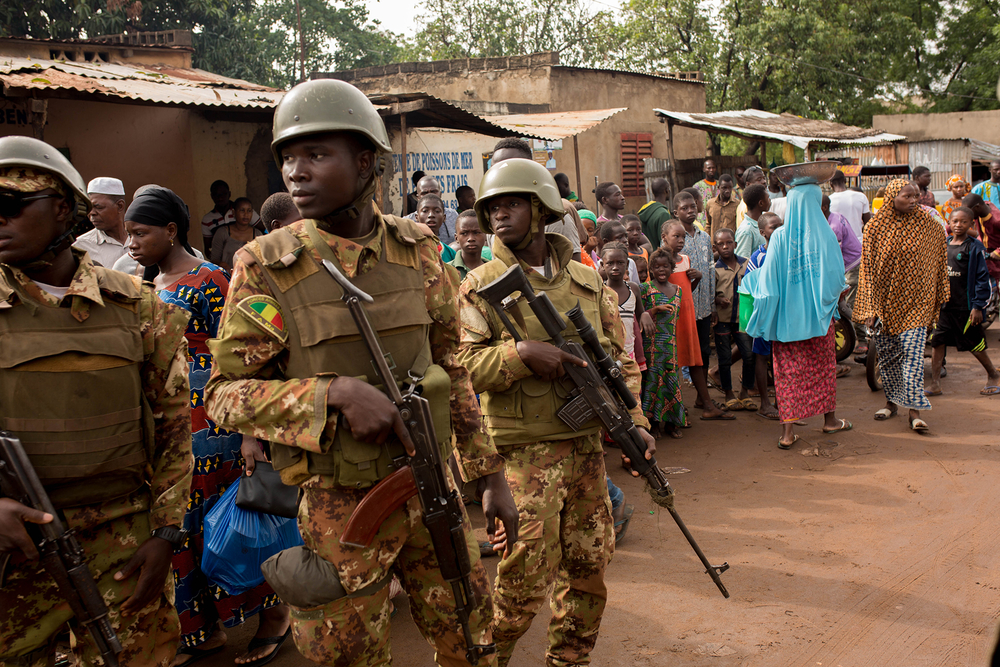 Opposition candidates have already raised the alarm about potential electoral irregularities, triggering fears that first-round results, expected on Tuesday, or those after the second-round run-off on 12 August may be contested.

Concerns centre around a so-called “parallel” electoral register that contains 1.2 million more voters than a register audited by the International Organisation of La Francophonie (OIF) in April. The opposition said some of the voters are duplicates or fictitious.

“There is a high possibility of post-electoral troubles,” said Yalla Sangare, a Mali researcher at Canada’s Sainte–Anne University.

“The old man must go”

A total of 24 candidates took part in Sunday’s vote, their posters jostling for space above the crowded, dusty streets of Bamako, offering promises to “Save our Mali” and “Restore hope together”. A single female candidate, Djeneba N’Diaye, stood under the slogan: “Vote for a woman, the men have failed”.

Analysts predict a two-horse race between the incumbent, Ibrahim Boubacar Keita, 73, in power since 2013, and opposition frontrunner Soumaïla Cissé, 68, a former finance minister.

Keita arrived at a polling station in Bamako early morning on Sunday dressed in a long, white robe. He was greeted by a throng of supporters and a heavy security presence as his motorcade wound through an unpaved side-street made muddy by overnight rain.

The supporters chanted “Boua ta Bla”, which translates roughly as “the old man won’t give up”. It is a response to a refrain popularised by Bamako’s youth activists during the campaign: “Boua ka bla”, “the old man must go”.

“He came when Mali was down on its knees.”

Keita, commonly known as IBK, inherited a country on the brink after a 2012 armed uprising by separatist Tuareg rebels from the north. The uprising triggered a military coup by a group of soldiers dissatisfied with then-president Amadou Toumani Touré’s handling of the crisis.

Amid the chaos, separatists took further control of key population centres in the north. They were joined and later sidelined by al-Qaeda-linked militants who imposed strict sharia law on areas under their occupation.

French troops intervened in January 2013 to push back the Islamist advance, and a 12,000-strong UN peacekeeping mission, known by its French acronym MINUSMA, was established three months later.

Keita’s special advisor and spokesperson, Blaise Sangaré, told IRIN the security situation has “improved” under the incumbent’s watch. Extremist violence, he said, “is not only a Malian issue – it is shared by the whole region”.

Supporters also point out that the Malian economy has expanded under Keita, with GDP growth of 5.3 percent in 2017, bolstered by agricultural and mining production. 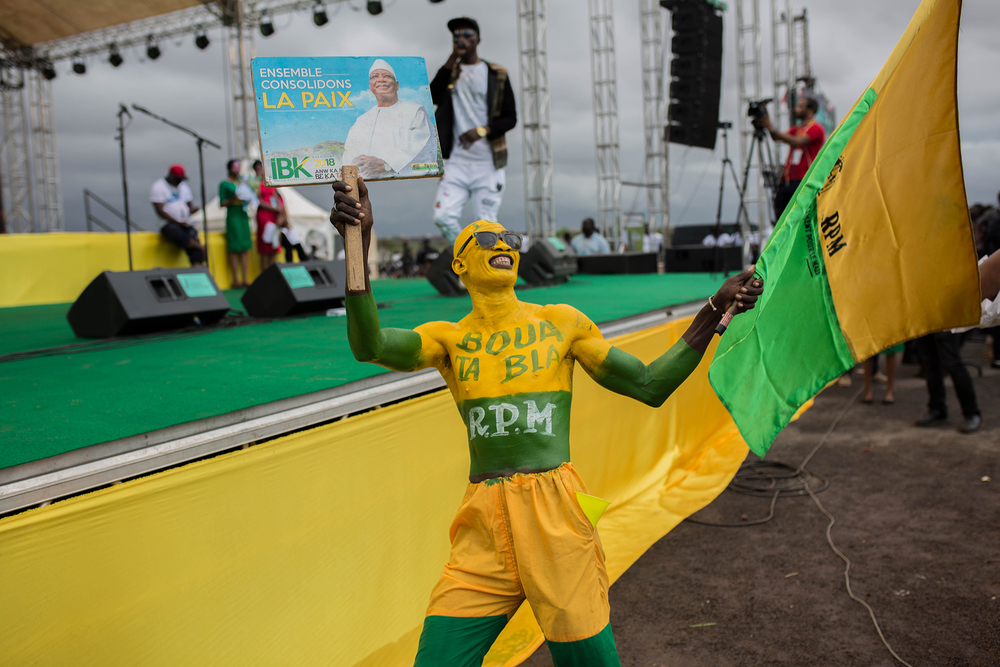 On Friday evening, thousands of Keita’s followers crowded into a public square on the edge of the Niger river in Bamako for a final campaign rally. Abdourahamane Sissoko, a 32-year-old teacher, said Keita should be applauded for his five years in office.

“He came when Mali was down on its knees,” he said. “He has picked the country back up.”

But Keita, who beat Cissé by a landslide in a 2013 run-off, has seen his popularity slide in recent times, largely due to insecurity. Despite the presence of UN, French, and regional soldiers, extremists have steadily expanded their zone of influence from the porous north into the centre of the country.

They have also launched specular attacks on the capital, including a high-profile assault on the Radisson Blu hotel in Bamako in 2015, and have turned MINUSMA into the most dangerous mission in UN history with 170 fatalities to date.

The run-up to Sunday’s vote was marred by attacks on a base belonging to the G5 Sahel, a regional counter-terrorism force, and an airport in the central town of Sévaré.

Malian security forces have also been implicated in extra-judicial killings in the centre, where inter-communal violence has cost the lives of at least 300 people this year, according to the UN.

An Algerian-brokered peace deal between separatists and the Malian government was signed in Bamako in June 2015, but analysts say it has not been meaningfully implemented.

“We voted for IBK in 2013, hoping he would bring peace,” said Abdrahamane Camara, a 50-year-old handyman, while queuing to vote. “But things have become worse.” 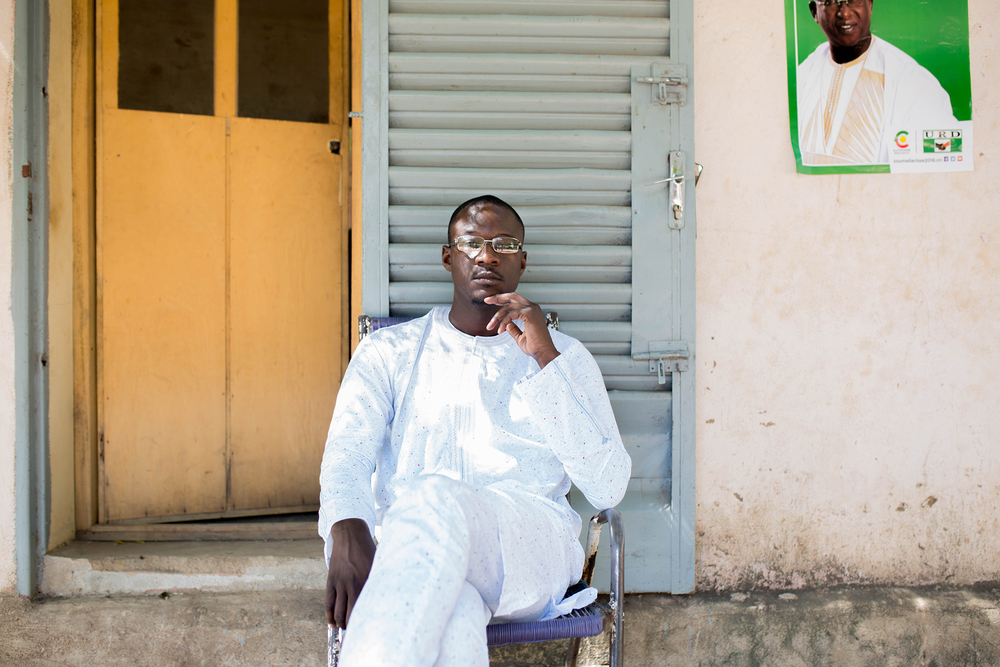 “Youth with a clear vision oppose IBK,” said Ibrahima Kébé, a leading youth activist. “He has been unable to bring real solutions to the country – just corruption, nepotism, clientelism.”

Kébé and other prominent youth activists including Youssouf “Ras Bath” Bathily have publicly backed Cissé, who is likely to be the one contesting the second-round vote against Keita. Analysts say both candidates could win a run-off but see Keita’s control of state media and funds as giving him an advantage.

Whatever the result, “the challenges facing the winner are enormous,” said Andrew Lebovich, a visiting fellow with the European Council on Foreign Relations.

“While all the candidates have spoken about the need to reduce corruption and improve growth and development, it will be an immense challenge to make sure any improvements reach the majority of Malian citizens,” he said.

Of chief concern will be improving security in the north and ending a rapidly escalating inter-communal conflict in the centre that pits Fulani herders against a newly formed militia of Dogon hunters. 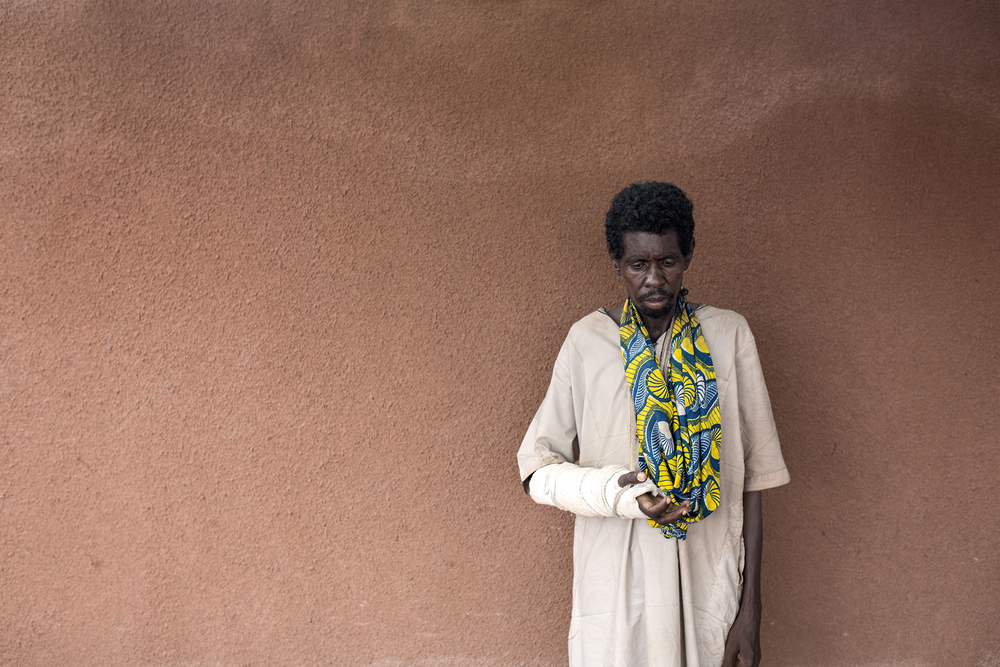 Earlier this month, Barry Hamadou, a Fulani herdsman, was ambushed by militiamen hiding in a tree on a main road near the central town of Bankass. A bullet tore through his arm, now wrapped in a cast and tied in a sling.

On Saturday morning, the 45-year-old arrived with his family of six at an informal Fulani displacement camp on the outskirts of Bamako. With no voter card and no national identification, Hamadou was unable to vote the following day. Asked what he hoped the outcome of the election would be, he said: “I am praying for peace”.