Noor Mohammed fled to Bangladesh in 1991, only to return to his home in Myanmar a year later, lured by a promise of safety. Now, he’s back in Bangladesh, one of more than 655,000 Rohingya driven out of Rakhine State in last year’s wave of bloodshed. This time, he’s determined to stay.

Bangladesh and Myanmar this week announced a two-year timeline to return Rohingya refugees to Rakhine. Myanmar’s Ministry of Foreign Affairs said repatriations could begin next week, on 23 January. In a statement posted on its Facebook account, the ministry said it had “verified” a list of 1,258 people who could be included in an initial round.

But refugees like Mohammed say they have no intention of returning.

"We can't go back,” Mohammed told IRIN. “There's so much pain for us there."

"As soon as somebody announced that it was time to get on the boat, a couple of women starting bawling their eyes out"

The returns process has been shrouded in uncertainty and met with deep scepticism. Rights groups say the festering ethnic tensions on the ground in Rakhine State make it “alarmingly premature”. The UN’s refugee agency, UNHCR, says it would need unfettered access – aid groups have been largely blocked from working in northern Rakhine since the August 2017 refugee exodus – and refugees themselves must be directly involved in making decisions.

But for people like Mohammed, part of an older generation of refugees that has fled Myanmar more than once, the current talk of repatriation brings back memories of previous returns to violence.

Mohammed's resolve to stay in Bangladesh was not as strong in the 1990s, when he was one of some 250,000 Rohingya who surged into Cox’s Bazar. At that time, when Bangladeshi security officers told him he couldn’t stay, he listened.

"They said your country is peaceful now, so you should go back to your village," he said.

In 1992, he returned by boat over the Naf River, which splits Myanmar and Bangladesh.

But after only a few months, he recalled, the cycle of harassment by Burmese soldiers resumed. People in his village lived in constant fear that the military would arrest them or force them into labour.

"There was never any peace for Muslims in our areas," he said. 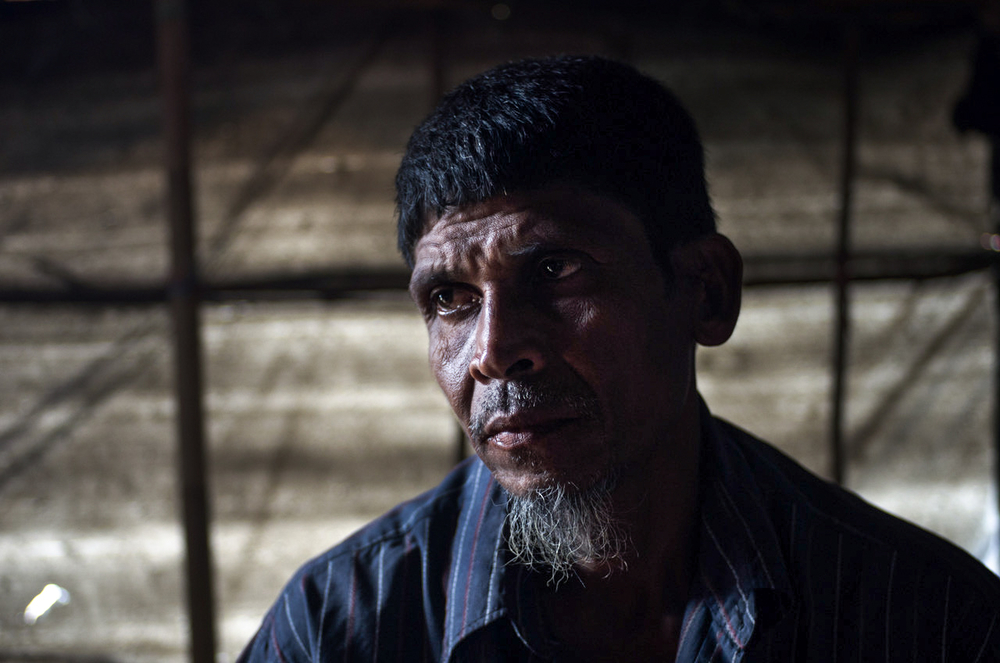 Kaamil Ahmed/IRIN
Noor Mohammed was part of a wave of Rohingya refugees who fled to Bangladesh in 1991. He returned to Myanmar in the 1990s, but now he says he won't go back again.

Bangladesh's government has insisted that any repatriation today will be voluntary. It said the same in the 1990s – a process that various rights groups and aid organisations believe was blighted by coercion and poor planning.

According to a Médecins Sans Frontières survey at the time, almost two thirds of interviewed refugees were scared to return, while a similar proportion said they had no idea they could refuse.

Researchers of an April 1994 report by Refugees International said they witnessed local officials in Bangladesh beating people who refused to cooperate. In interviews, refugees claimed officials withheld food in the camps as a form of pressure.

“Repatriation, although agreed upon to be voluntary, has in fact not been voluntary,” the report stated.

A researcher who documented the process for an international organisation in 1994 told IRIN that most of the refugees clearly "had a very deep fear of returning”. Many signed documents agreeing to go home simply because they didn’t understand them or thought they had no choice.

Their reluctance to return was most apparent as they left, said the researcher, who asked to remain anonymous to safeguard ongoing work in the region.

"The look on their faces: they were just scared to death and incredibly upset about what was happening to them," the researcher told IRIN. "As soon as somebody announced that it was time to get on the boat, a couple of women starting bawling their eyes out."

For those who remained in Bangladesh, life in the camps became increasingly difficult.

Ziaur Rahman, 24, was only a few months old when his family first fled to Bangladesh in 1993. He says his family spoke of being denied food rations as punishment for refusing to leave.

"My grandmother said we don't want to go back to Myanmar unless the Myanmar government gives us rights," said Rahman, who is now a Rohingya activist based in Malaysia.

The UNHCR also came under fire during the 1990s returns process, accused by rights groups of facilitating and legitimising repatriation when, in reality, the refugee agency had little access to ensure safety on the ground in Rakhine State.

While previous generations of Rohingya look to past repatriations with caution, the scale of today’s refugee crisis means the scenarios are vastly different.

"The Burmese authorities, the volume, the scales of attack, the scale of violence, was much more severe than the ones in the past," said Chowdhury Abrar, a professor of International Relations at the University of Dhaka.

Abrar, whose research has examined the 1990s exodus as well as a 1978 military operation that also drove Rohingya into Bangladesh, calls Myanmar’s participation in the current repatriation process “window dressing” for the international community.

"It is almost foolish to expect that under such conditions any repatriation would be successful,” Abrar said. “There will be some tokenism in this process, some repatriation will take place, but then it will stall."

For now, Noor Mohammed, the refugee who returned to Myanmar in the 1990s only to flee to Bangladesh again last year, says his mind is made up.

His home village is Tula Toli, which rights groups say was the site of a brutal massacre during last year’s violence. Mohammed says he saw two groups of Myanmar soldiers enter his village and open fire.

Whereas 25 years ago only a handful of people from his village fled to Bangladesh, he noted that this time almost everyone is gone.

"I've already come here twice,” he said. “Our future has been destroyed now.”

(TOP PHOTO: Rohingya refugees walk on an embankment of the Naf River, which separates Myanmar and Bangladesh, in November 2017. Patrick Brown/UNICEF)