The phones haven’t stopped ringing at The Resurrection Project since 8 November, when Donald J. Trump was elected the next president of the United States.

Many residents fear the incoming president – who takes office on Friday – will make good on his campaign promise to deport the roughly 11 million undocumented immigrants living in the US. Many remember all too well the mass workplace raids carried out nationwide during former president George W. Bush's second term: highly militarised, coordinated sweeps that saw tens of thousands of illegal immigrant workers arrested and deported.

To prepare for the possibility of a similar or even more wide-ranging crackdown, The Resurrection Project has been hosting "know your rights" workshops. Sessions start with a breathing exercise to ease people's anxieties. Then the questions begin: “What should I do if federal immigration agents come to my home? To my workplace? Is it safe for me to renew my DACA (President Barack Obama's temporary amnesty for undocumented young people whose parents brought them to the US as children)?” 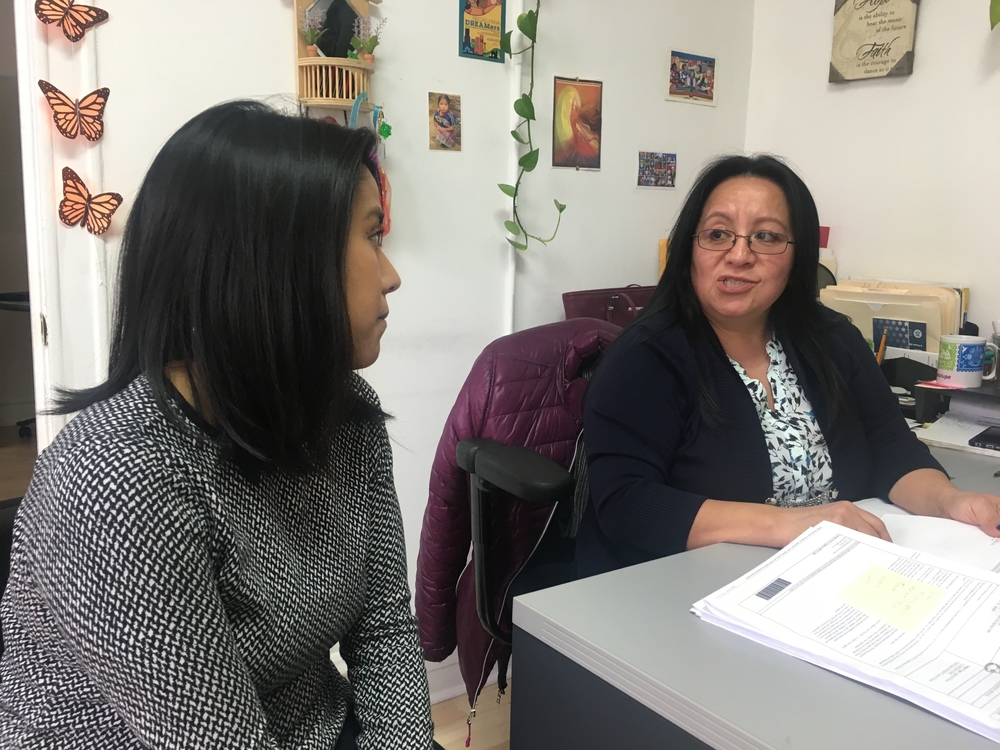 Tania Karas/IRIN
Erendira Rendon goes over the influx of questions from local residents with Guadalupe Raymundo, who represents undocumented immigrants in their deportation appeals

"We are operating under the assumption that Trump is going to do what he has promised to do, which is a massive deportation of two to three million people immediately," says Rendon, herself a 31-year-old DACA beneficiary.

While campaigning, Trump pledged to end DACA, which Obama introduced by executive order in 2012. Though not a path to citizenship, it gives more than 740,000 undocumented youth a temporary reprieve from deportation.

The saving grace for people like Rendon could be the city they happen to live in. Now, more than ever, the fight to help undocumented immigrants and shield them from deportation has shifted to the local level. Cities like Chicago, San Francisco, Seattle, Philadelphia, and New York, along with counties and college campuses nationwide, are pledging to limit their cooperation with federal immigration authorities and become “sanctuaries” for those facing deportation.

On the campaign trail, Trump railed against so-called “sanctuary cities”, pointing to the July 2015 case of a Mexican man who shot and killed a woman in San Francisco. The man had seven previous felony convictions and had already been deported five times. But prior to the shooting, local police had declined to detain him on behalf of the Immigration and Customs Enforcement (ICE) agency without court approval – a key way by which sanctuary cities can avoid assisting federal officials.

Trump has promised to "end sanctuary cities" in his first 100 days in office by revoking their federal funding. Several cities, particularly their law enforcement agencies, stand to lose tens of millions of dollars in annual grants from the federal justice department if he follows through. Local police rely on these grants for new hires and special programmes for drug-abusers and domestic violence victims. Nearly $29 million is at stake in Chicago.

Even so, since the election, many cities have strengthened laws prohibiting local officials from asking people about their immigration status. Others, including Chicago, are rolling out municipal identification cards so that undocumented residents can more easily access public services such as healthcare and schools.

Mayors are also setting aside funds to pay for lawyers to defend people in federal deportation proceedings. In the US, immigrants facing deportation have no automatic right to legal counsel. Chicago, home to some 150,000 undocumented residents, recently announced a $1.3 million legal aid fund, while Los Angeles has pledged $10 million through a public-private partnership. New York City already guaranteed representation to immigrant detainees via a $6 million programme created in 2013.

"I want them to know that the city of Chicago – your children, you and your family – are safe, secure and supported," Mayor Rahm Emanuel said in announcing his city’s legal aid fund last month.

Part of the fund is being channelled to The Resurrection Project to train some 200 "community navigators" to assist people with immigration questions. The remaining $750,000 has gone to the Chicago-based National Immigrant Justice Center to hire nine staff who will represent at least 1,000 cases over the next year. 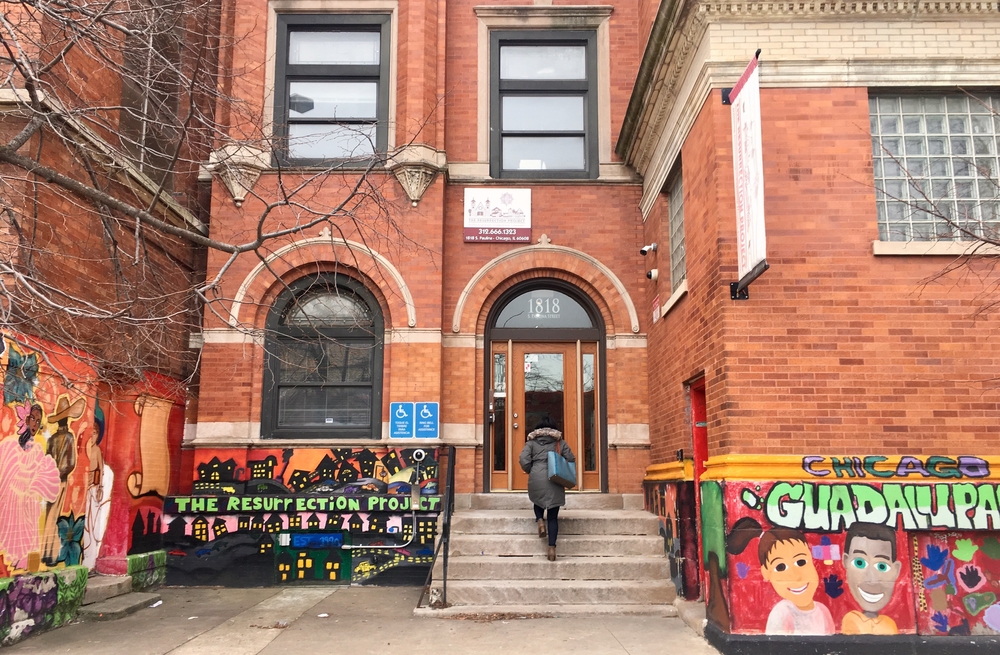 The sanctuary city concept is not new. In Chicago, it dates back to 1985 when then-mayor Harold Washington issued an executive order that forbade city agencies from asking about the immigration status of anyone seeking city services.

Hundreds of US jurisdictions, primarily counties, have sanctuary policies including entire states such as California, Connecticut, and Rhode Island. Even in conservative states, such laws enjoy the support of law enforcement agencies because they maintain safety and trust within communities: crime victims and witnesses who may be undocumented are far less likely to cooperate with local police if they think they'll be deported.

But many immigration experts warn that the term “sanctuary” is misleading, conjuring up an image of cities hiding their residents from federal agents. This is not the case, as ICE can round up undocumented immigrants anywhere providing they have a warrant.

"Designating a locality or campus as a 'sanctuary' does not mean anything legally," says Stephen Yale-Loehr, an immigration attorney and Cornell Law School professor. "It's a symbolic comfort to students or residents that local police won't actively tell immigration officials if there's an undocumented individual on campus, for example."

Some cities and universities have rejected the “sanctuary” label, opting instead for the term “welcoming”.

Although the sanctuary city movement has gained momentum since Trump’s election, piecemeal regulations and enforcement mean the levels of support available to undocumented immigrants differ significantly from one jurisdiction to another.

Rendon would know. Her parents brought her to the US with them from Oaxaca, Mexico when she was four years old. This means she’s covered by DACA but her parents are still undocumented. They also live in a suburb northwest of Chicago that has no sanctuary laws.

"For myself, I'm young – I know I can figure it out," Rendon says. "But my parents are 60 years old and getting older. What is going to happen to them? They're always scared, always worried, always under a lot of pressure."

Despite such fears, it’s still unclear just how Trump could scale up deportations. He has pledged to prioritise convicted criminals, but immigration experts say there aren't nearly enough of those to reach Trump's stated two to three million target.

Obama oversaw the removal of 2.5 million immigrants during his eight years in office – more than any other president. Significantly increasing the current pace of deportations would mean addressing the record backlog at immigration courts. An individual facing deportation must go before an immigration court before a judge will order their removal, but there are 520,000 pending cases nationwide, including more than 23,000 in Illinois State, where Chicago is located. Hearings are often scheduled three years in advance.

In sanctuary cities, where immigrants facing deportation can access legal aid and fight a deportation decision, the backlog is likely to grow further.

Deporting people is also expensive. At an average cost of $10,000 per deportee, Trump would need to ask Congress to approve $20 billion to $30 billion to hit his target, which doesn't even include the billions he'll need to build that "big, beautiful wall".

"Enforcement operations are messy, and what's happened in the past is that a lot of bystanders like family and neighbours get caught up [and deported as well], even if the target is just one person," says Heidi Altman, policy director for the National Immigrant Justice Center.

"We stand behind all immigrants, including those involved in the criminal justice system. Deportation is often a vastly disproportionate consequence for their actions."