Twelve years after the world’s deadliest tsunami struck Aceh’s shores first, those living near the northern tip of the Indonesian province are again counting their losses and looking for survivors after a killer earthquake.

*At least 102 people have been killed, according to the humanitarian arm of the Association of Southeast Asian Nations. The organisation said on Thursday that a hospital and a school collapsed, along with more than 100 shophouses, and 14 mosques. The quake "heavily damaged" at least 161 houses, and 3,267 people are now staying in temporary shelters.

Nine more bodies have been pulled from rubble since Wednesday, when National Disaster Mitigation Agency spokesman Sutopo Purwo Nugroho told IRIN that young children were among those who died. At least 128 people were seriously injured, he said.

The shallow subsea earthquake, which had a magnitude of 6.5, according to the United States Geological Survey, struck at 5am on Wednesday morning.

Its epicentre was at a depth of 8.2 kilometres (five miles) just off Pidie Jaya, a region on the east coast of the island of Sumatra, about 70 kilometres southeast of the provincial capital Banda Aceh.

The temblor struck at dawn, as many in the predominantly Muslim region were rising to pray. At least five aftershocks were felt in the hours after the initial quake. The rescue effort is concentrated on Meureudu, the town closest to the epicentre.

Local TV stations broadcast images of collapsed buildings, cracked roads, and improvised field hospitals in which survivors were being treated by the side of the road.

President Joko Widodo has announced his chief of staff will fly to the region to oversee the rescue effort, while the military has deployed 740 troops to help.

Aceh redux: The tsunami that helped stop a war

The 2004 Indian Ocean tsunami remains fresh in the memories of many in Aceh. Tremors often send residents running for high ground.

One female resident of Pidie Jaya told AP how she fled with her husband and children to a nearby hill after Wednesday’s quake jolted them from their sleep.

"It terrified me. I was having difficulty breathing or walking," she said. "We ran to a nearby hill, because our house is near a beach. We were afraid a tsunami can come at any time."

Relief workers are complaining of inadequate numbers of medical staff in the area, and many casualties are reportedly having to be transported significant distances to neighbouring districts for treatment. 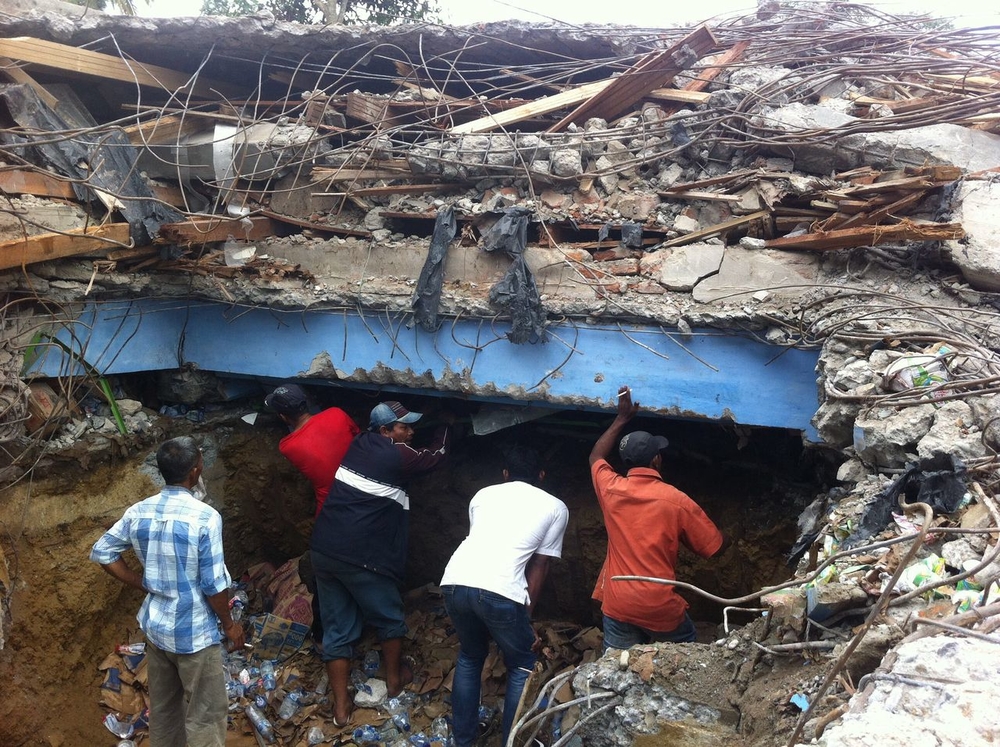 Irsyad Hadi/Plan International
Rescuers search for survivors of the earthquake

A written statement from Plan International said it was coordinating with national and local disaster management agencies and in-country humanitarian agencies, and was ready to respond if asked.

“We have pre-positioned emergency supplies that can be distributed, including emergency shelter kits and other urgent humanitarian supplies,” the aid organisation’s Wahyu Kuncoro said.

“Many schools are now closed as a result of the earthquake, which means that thousands of children are not able to resume their education. As a result, these children may lack the physical protection and emotional support that their school environment provides.”

*Malaysia offered to send its Disaster Assistance and Rescue team if needed. Indonesia has not requested international assistance, according to ASEAN, which recommended that disaster response teams remain on standby.

Due to its location on the infamous “Ring of Fire” — a set of fault lines that circle the Pacific Basin — large earthquakes are common across Indonesia.

In March, a 7.8-magnitude quake struck off the southwestern coast of Sumatra, but no tsunami was recorded and no deaths occurred.

*(This story has been updated with new estimates from the Association of Southeast Asian Nations of the number of people killed, damage caused to infrastructure, and Malaysia's offer to send a disaster response team.)