Read about what we achieved.
In the aftermath of scenes of South Sudanese helicopter gunships attacking opposition positions in the capital, Juba, the UN Security Council has been urged to impose an arms embargo and is discussing the situation today. The move has been blocked by member states before, and experts are deeply sceptical it can work.
“Even if an embargo is imposed, it doesn't necessarily mean it's going to be enforced,” said the author of a report published today by the Small Arms Survey’s Human Security Baseline Assessment, which monitors conflict in Sudan and South Sudan.
The SAS report shows that an arms embargo on the Darfur region of neighbouring Sudan has been violated frequently, with no repercussions.
“This is because although the permanent members of the Security Council grudgingly agreed to impose the embargo in 2005, they fundamentally disagree about its legitimacy and utility,” said the author, who requested anonymity due to the sensitive nature of the research.
“And there is as much, if not more, disagreement amongst the Security Council's permanent members now about an arms embargo on South Sudan,” he told IRIN.

Opposition to an embargo

Hundreds of people have been killed over the past few days. A short-lived peace deal broke down just as the world’s newest nation entered its fifth year of independence, after splitting from Sudan following decades of civil war. There are fears that the violence could trigger a return to all-out war.
Yesterday, UN Secretary General Ban Ki-moon called for an arms embargo, targeted sanctions on leaders and commanders blocking the peace agreement, and a stronger peacekeeping mission, including “desperately needed” attack helicopters.
“I call on the Security Council and the entire membership of the United Nations to rise to this moment and protect the human rights of South Sudanese,” said Ban . 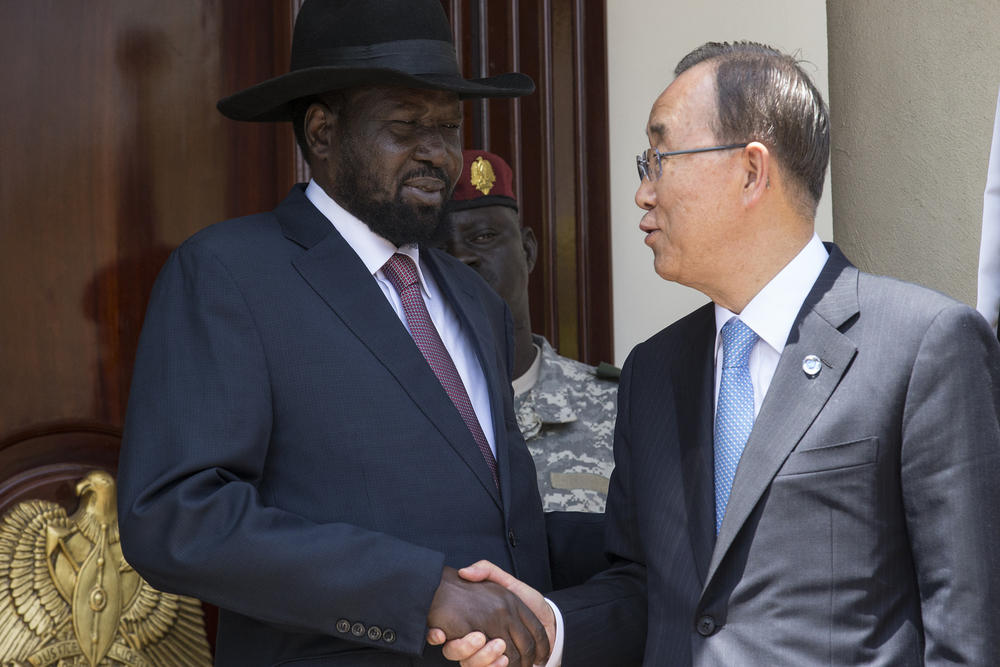 Isaac Billy/UNMISS
UN Secretary General Ban Ki Moon shakes hands with South Sudan President Salva Kiir in Juba in February 2016
It remains to be seen whether fears of a return to the depravity exhibited on both sides throughout the conflict – including the widespread rape and murder of civilians – might finally convince Security Council members to take action.
The United States initially opposed an embargo due to questions about “whether in fact it would prevent South Sudan's elected government from defending itself against the insurgency,” said the author of the SAS report.
As the war raged in 2015, with both sides committing atrocities, the US supported the initiative as a measure to pressure the government to sign the peace agreement, according to the report.
China and Russia, on the other hand, had geopolitical reasons to block an embargo.
“Their opposition relates to political agendas larger than South Sudan: it constitutes more fundamental opposition to the legitimacy of UN sanctions and embargoes in general,” said the author.
Both those countries have also been main arms suppliers to South Sudan.

Data from the Stockholm International Peace Research Institute, which tracks global arms sales, indicates that Russia was the main supplier in 2011, the year South Sudan gained independence. At the time, South Sudan’s main military threat was seen as Sudan, and indeed the countries engaged in a brief border war in 2012.
Canada was the largest supplier of arms in 2013, in terms of monetary value of shipments. In December of that year, the country descended into civil war between a faction led by President Salva Kiir, who is from the Dinka ethnic group, and Vice President Riek Machar, who is Nuer.
As the war continued along ethnic lines in 2014, Canada sold more military hardware, according to SIPRI, but China became the largest supplier that year. These were “large-scale deliveries of small arms and ammunition that had been contracted prior to the outbreak of fighting,” according to the SAS report.
Those shipments ceased, however, as “China in particular professed a reluctance to continue arming South Sudan’s government in the face of mass violence,” said the report.
However, South Sudan found other suppliers.
Data from SIPRI shows that the government purchased more than $20 million worth of arms last year. The source of the weapons is listed as “unknown country”, which brings up a major issue highlighted in the SAS report: the weakness of monitoring mechanisms.

In fact, the estimate of $108 million in arms purchases by South Sudan is almost certainly too low.
Flows of arms are difficult to track, especially when nations do not report sales and purchases. Neighbouring countries do not even show up as major suppliers in SIPRI data, yet they are responsible for much of the arms trade into South Sudan, according to sources including SAS and the UN Panel of Experts.
“Uganda helped provide the government with attack helicopters from Ukraine, for instance, while some arms and ammunition have continued to reach the armed opposition from neighbouring Sudan,” said the SAS report author. 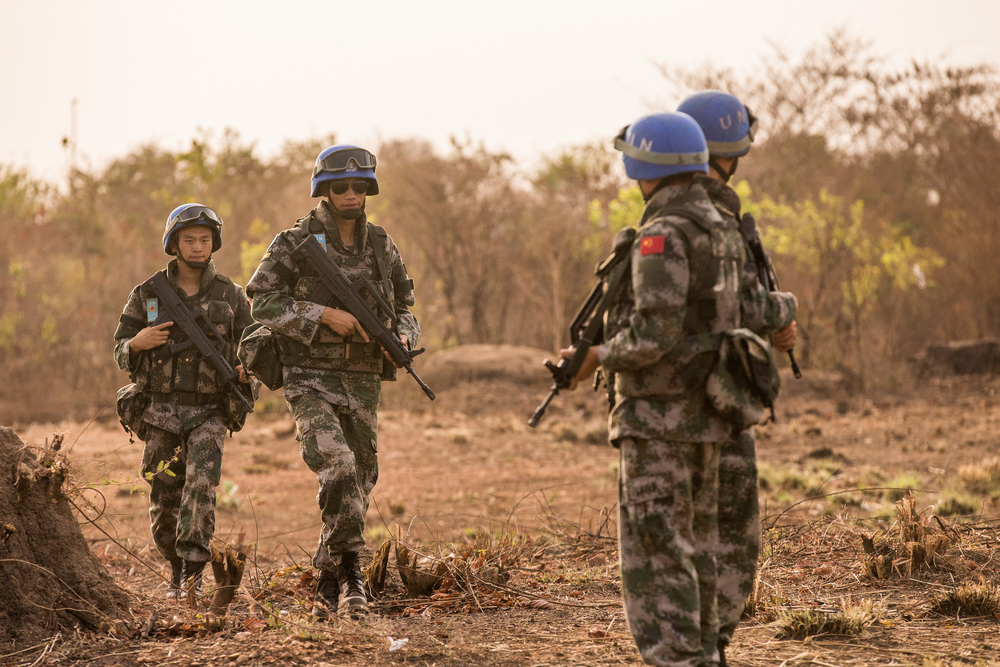 JC McIlwaine/UNMISS
Chinese peacekeepers in South Sudan
Some of South Sudan’s arms suppliers may be having second thoughts now, as they could find themselves trying to rein in the very soldiers they supplied with weapons.
The Intergovernmental Authority on Development, an East African group that includes Uganda and Sudan, yesterday called for an “urgent revision” of the UN’s peacekeeping mission “to establish an intervention brigade and increase numbers of troops from the region to inter alia secure Juba”.
Two Chinese peacekeepers were killed over the weekend in an attack by the very same military their government sold weapons to. Sometimes, arms deals backfire.
jf/ag
(TOP PHOTO: Rebel soldiers in Nyal, Unity State, South Sudan. Jason Patinkin/IRIN)
Share this article
Join the discussion