Calls for donations have flooded social media since Ecuador’s worst earthquake in decades left a trail of destruction along the country’s Pacific Coast on 16 April.

While there are surpluses of both donations and volunteers in some places, the Ecuadoran government says certain essential items for relief kits, such as soap, sanitary pads, toothpaste, diapers and rechargeable lanterns, are still in short supply.

“There has been a will to help and that must be stressed,” Sonia Aguilar, a spokeswoman with the UN’s refugee agency, UNHCR, told IRIN. During the preliminary phase of responding to a disaster it’s common to have “a lot of confusion with so many actors in the field,” she explained.

But Jorge Zambrano, the mayor of Manta, a coastal city in hard-hit Manabí province, believes the numbers of volunteers arriving in affected areas is hampering rather than helping aid efforts. “Many volunteers have arrived; many do not have food and are not self-sufficient when it comes to food and shelter; this complicates things a bit.”

“Our main priority is food. We are running out of food and medicine,” he told IRIN, adding that shortages have led to profiteering as the few small shops still open raise their prices to meet soaring demand. “If we had a way to supply food to our people, that profiteering would not happen.” 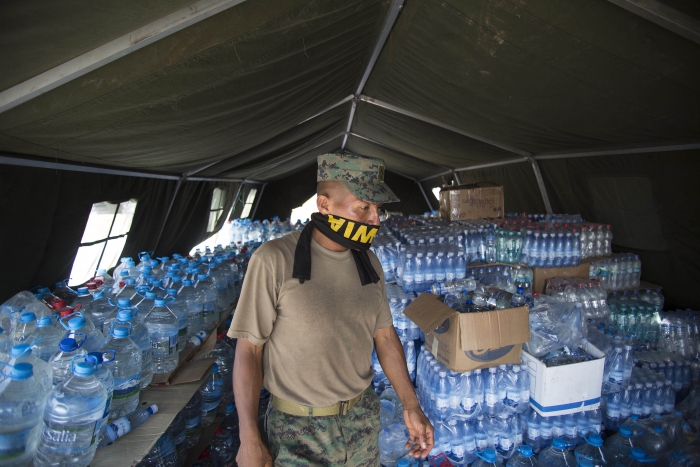 Manta resident Ana Leon confirmed that the few shops still open in the city were charging exorbitant prices for scarce goods. “I had no idea where to go to get relief kits. But my son, who ventured out, said a bucket of eggs was $10 and they were selling water bottles for $5 each.”

Leon runs a wholesale shop in Tarqui, a busy district of Manta that was packed with traders and families buying back-to-school supplies when the 7.8-magnitude earthquake struck at 7pm on Saturday evening.

Leon had just left her shop and was getting a haircut when the ground started shaking. Unable to stand, Leon and her hairdresser crawled outside onto the street. It took nearly 24 hours for her to locate her two children and grandson, who were scattered around the city.

While Leon’s house emerged virtually unscathed, her shop was badly damaged. “I went back today and I felt I’d died. The stench is horrible.”

The area is now cordoned off and authorities have informed residents and shopkeepers that unstable buildings will have to be demolished.

Letty Velez, 66, is hoping that her house, which has a few cracks in one wall, won’t be among those marked for demolition. “The rescue teams – Bolivians – are coming house-to-house to check if they are okay or have to be demolished,” she said. The earthquake already claimed her grocery stand in the main market in Calceta, a commercial hub for the region’s agricultural goods, 80 kilometres from Manta.

As of Friday morning, the death toll from the earthquake was 587, with another 155 still missing. As the window for finding survivors in the rubble closes, the emergency is entering its next phase. Shelter becomes a priority, along with latrines and access to drinking water and food. Many people are still sleeping in the streets, either because their homes have been destroyed or because they’re too afraid of the numerous aftershocks that have occurred in recent days to sleep indoors. Ecuador’s Risk Management Agency says more than 25,000 people are in need of shelter. 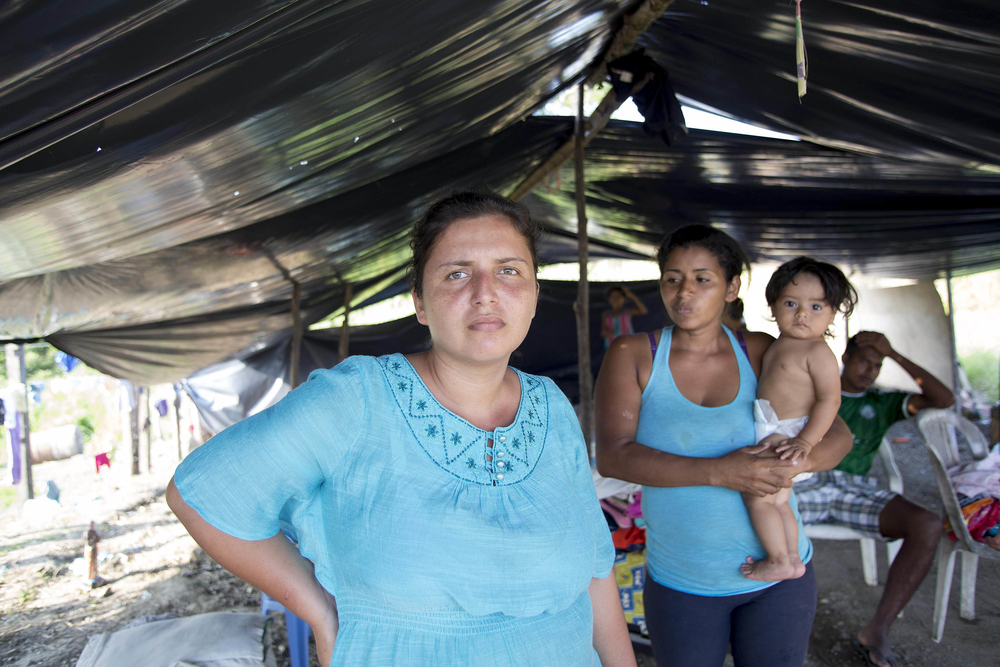 UNHCR, which already had a presence in the country because of the 200,000 Colombian refugees that Ecuador hosts, shipped 10 tonnes of non-food items to coastal areas on Thursday, including tents, plastic sheets and sleeping mats.

With the rainy season still soaking coastal regions, waterborne diseases and those carried by mosquitoes are a major concern. Cases of dengue fever are common at this time of year, and the Zika virus is emerging as a new threat. Ecuador has so far recorded relatively few cases compared to Brazil and neighbouring Colombia, but 18 confirmed Zika infections have been reported in Portoviejo, capital of hard-hit Manabi province.

The need to maintain constant aid supplies during the long process of recovery and rebuilding is one of the main concerns for aid agencies. “Donations keep coming at the moment. The biggest challenge comes when private donors stop [giving] and everyone returns to their normal routine,” said Nicholas Schipper, spokesman for Comparte Ecuador, a Quito-based network of local volunteers that launched in response to the earthquake.

“We are thinking of donations in the medium to long term. This is, sadly, the beginning of a process,” Schipper told IRIN, as the organisation’s latest convoy of aid trucks prepared to leave for the coast.

The UN estimates that 750,000 people have been affected by the disaster and is appealing for $73 million to help fund the response.