This article is part of our in-depth coverage. Read more like this...
ATHENS/ISTANBUL/KABUL

For the past week, Shaima and Mohamad Ahsad, both schoolteachers from Afghanistan, have slept on the ground in Victoria Square in Athens with their four young children. Over the weekend, the small park swelled with more than 500 migrants and refugees, most of them Afghans who, like the Ahsads, have been barred from continuing their journeys.

Until two weeks ago, Afghans were among three nationalities of refugees allowed to proceed to Macedonia and head northward to seek asylum in countries such as Germany and Sweden. They account for 29 percent of the more than 112,000 arrivals to Greece since the beginning of the year, the second largest group after Syrians according to the UN’s refugee agency, UNHCR.

But shortly before the Ahsads arrived by bus at the border town of Idomeni, Macedonia implemented new border controls that barred all nationalities besides documented Syrians and Iraqis from entering the country. Last week, Greek police rounded up Afghan nationals who had gathered near Idomeni and sent them back to Athens.

"They took us to a camp, but it was full, so now we are here," Shaima Ahsad said.

With no public bathrooms around, the smell of human faeces in the square is as pervasive as the sense of hopelessness. Two migrants, believed to be Pakistani, tried to hang themselves last week from a tree just metres from where the Ahsad family sat. 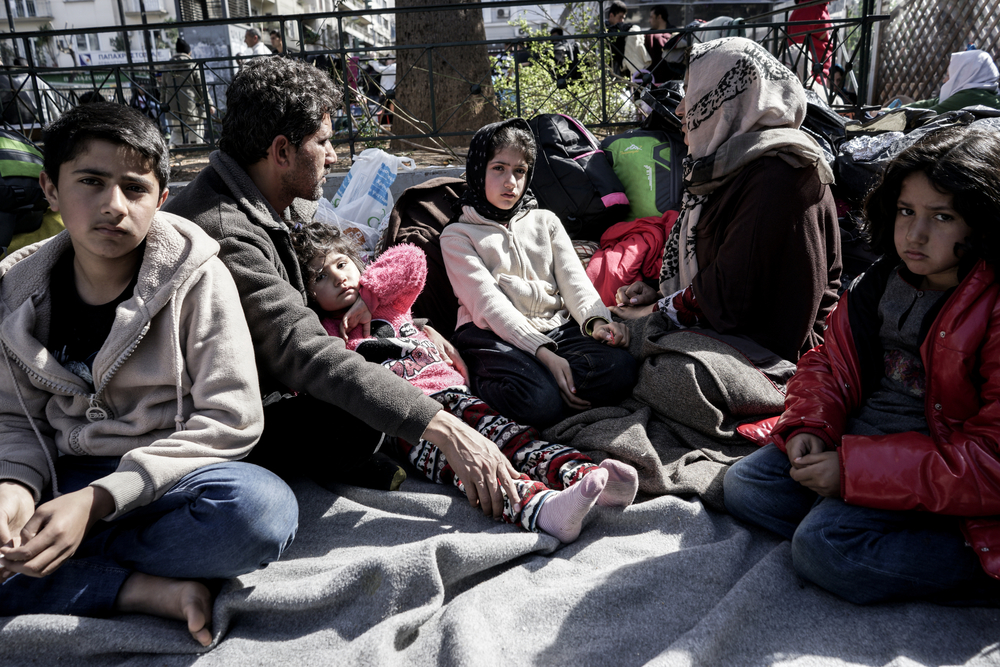 The Ahsads fled their home outside Kunduz last month. The northern city was captured by Taliban militants in September and retaken weeks later by Afghan government forces. But fighting continues. Sick of nearby bombing rattling their home, the Ahsads decided to seek refuge in Europe. They sold their car and home – an uncle also sold his bookstore – to raise the €8,000 needed to pay smugglers to get the family to Europe.

"We didn't come here for a picnic," Mohamad Ahsad told IRIN. "We are leaving [because of] terrorism."

"We didn't come here for a picnic," Mohamad Ahsad told IRIN. "We are leaving [because of] terrorism."

He added that if they had known that Europe’s promised land would be so unkind, they might have stayed in Turkey.

But if the ultimate goal of the new restrictions is to deter Afghans from setting out for Europe in the first place, interviews with would-be migrants back home in Afghanistan and along the route in Turkey suggest the strategy may not prove effective. 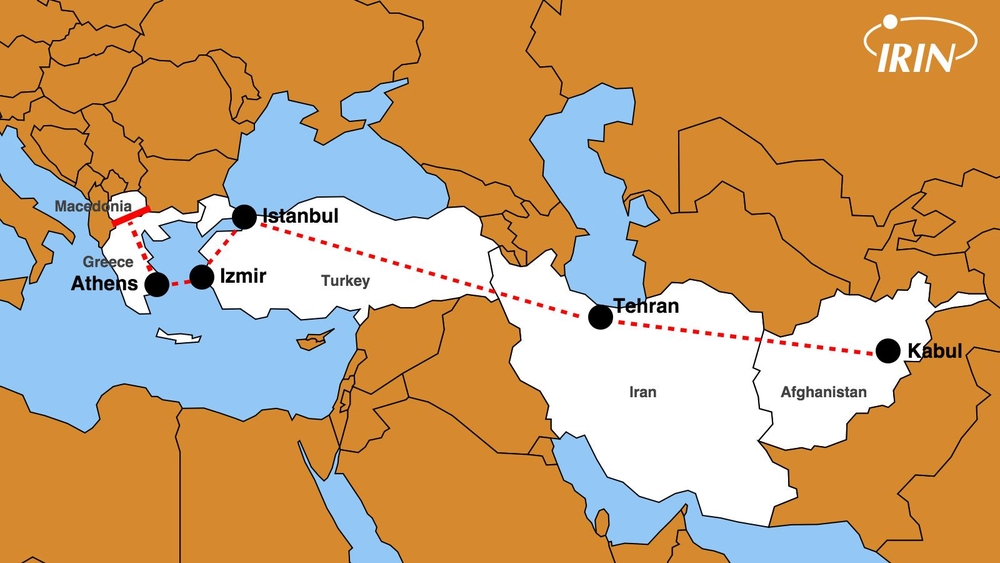 More than 2,500 miles away from Athens, in the Afghan capital Kabul, IRIN found 22-year-old Sikander planning his journey to Europe with 14 members of his extended family.

“Why stay in Afghanistan where you will someday be a victim of a suicide attack?” he said, referring to two blasts on Saturday that killed more than 20 people. “At least our next generation will have a brighter future once we are out of Afghanistan.”

What about the difficulty in reaching northern Europe?

“I have definitely heard some news about border restrictions in Macedonia, but it would not change my mind about travelling to Europe,” Sikander insisted.

The journey to Europe from Afghanistan via Iran and Turkey takes an average of 65 days for those who travel directly, according to findings from a recent profiling exercise carried out by UNHCR. But many spend long periods in Iran, Pakistan and Turkey working to raise enough money to pay smugglers for the next leg of the journey.

In Istanbul's Vefa neighbourhood, IRIN spoke to a group of young Afghan men who share a dilapidated home and collect plastic, glass and cardboard for recycling in return for an income of about $15 a month. All are saving their meagre earnings to pay smugglers for passage on a boat to Greece. 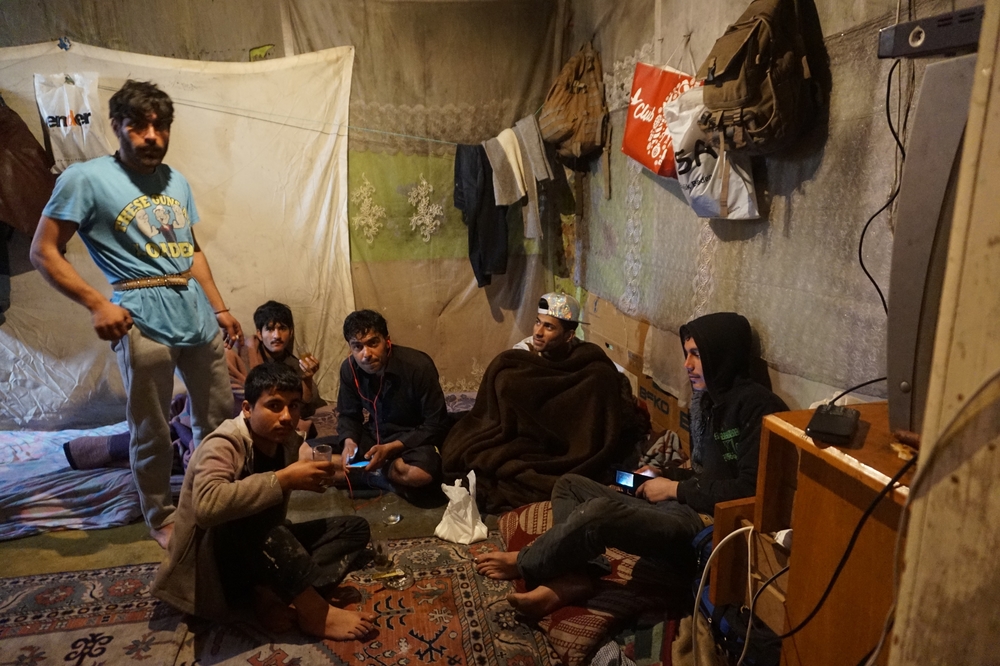 Arsalan, 18, from Paktia Province in eastern Afghanistan, said he had not heard about the new border restrictions but that they would not affect his plans. “I will still try to go,” he said. “I don’t care if I get there and they deport me. I need to earn money for my mother, for my sisters.

“There is no hope here in Turkey. I cannot even go to the hospital because I don't have a passport and I don't have any money. And I cannot go back home. I will keep trying to go on [to Europe].”

Arsalan spent more than 24 hours stuffed in the boot of a Toyota Corolla to reach Turkey via Iran, where his smugglers locked him in a room and demanded more than the $1,300 he had already paid them.

After seven months of sifting through rubbish in Istanbul, nothing will convince him that life in Germany (his destination of choice) won’t be an improvement.

“By the time I depart, I think things will change again in Europe,” he said hopefully.

His friend, Mustafa, 22, from Laghman Province, who also has his heart set on Germany, had heard that “some countries are changing their laws for Afghans”, but was convinced “there will be a way to get in”.

“We cannot go back to Afghanistan, and we cannot stay here [in Turkey]. We have no choice but to go forward,” he told IRIN.

Unlike Syrians and Iraqis, Afghans are not eligible for the European Union's official relocation programme, which aims to resettle 160,000 refugees from Greece and Italy to other EU countries over the next two years. Now their only legal option is to claim asylum in Greece, a county mired in a six-year-financial crisis.

Many migrants will opt to continue onward with the help of smugglers, who have already converged on Victoria Square to take advantage of potential new customers.

Shaima said men have offered to take the family to Germany illegally for €4,000 apiece. "We told them we have no money left," she said. For now, they are still hopeful the border will reopen for Afghans.

At least 22,000 refugees and migrants are now stranded in camps and informal shelters throughout Greece. That number could reach 70,000 in the coming weeks, Greek Migration Minister Yannis Mouzalas told a Greek news channel on Sunday.

Greek officials are scrambling to find reception places for them all. Three camps around Athens hold between 1,200 and 2,000 people each – far more than their respective capacities – while several thousand more people sit waiting to leave Piraeus port, where they arrive by ferryboat from the islands.

About 8,000 migrants and refugees, mostly Syrians and Iraqis, are waiting to cross the border into Macedonia at Idomeni, where passage has slowed to a trickle. Only 300 were allowed to cross on Saturday, said Gemma Gillie, a spokeswoman for Médecins Sans Frontières at Idomeni. On Sunday, none.

Frustrated refugees tried to break through a gate at the border on Monday and were repelled with tear gas and stun grenades by Macedonian police.

Although major international NGOs are operating in the official camps, only volunteers are available to help the migrants staying at Victoria Square and Piraeus port.

The Ahsads have been subsisting on sweets, pretzels, potato chips and bread rolls distributed by local volunteers and residents. Four days ago they paid a local man 40 euros to take showers in his apartment.

Conditions are not much better at Piraeus, where thousands waited to catch buses to Idomeni on Sunday. Afghans are not allowed to buy tickets. Greek authorities have blocked most buses from leaving the city as part of efforts to prevent additional overcrowding at Idomeni. Other buses are being blocked on northbound highways. 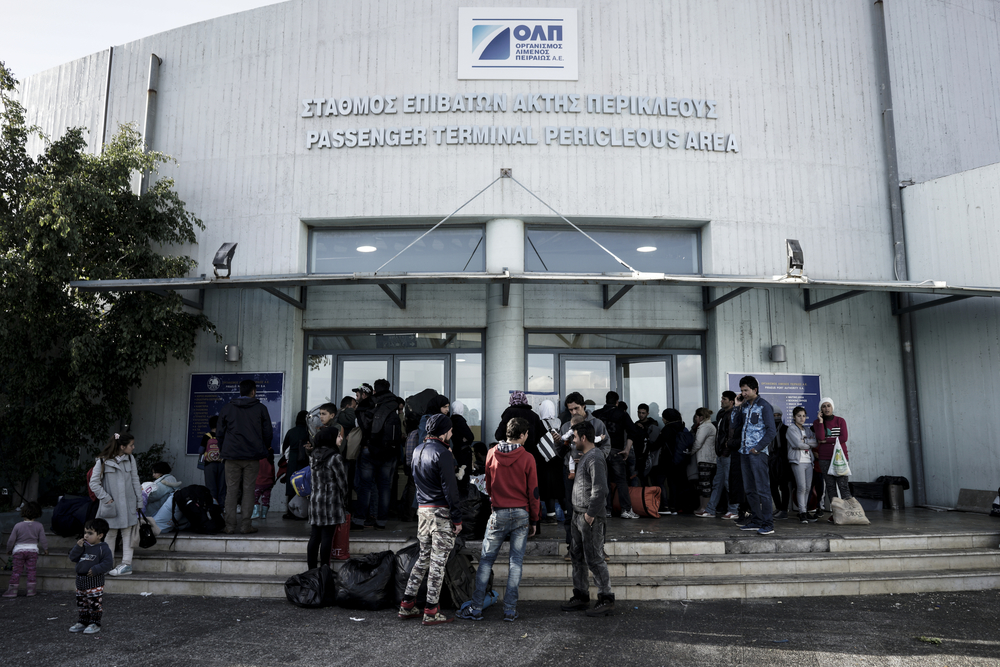 Sotiris Alexopoulos, cofounder of the 350-strong volunteer group Refugees Welcome to Piraeus, switched between two cell phones all day on Sunday trying to coordinate delivery of food and medical supply donations to the port.

"Afghans have been suffering for the last 30 years or more," he told IRIN. "How can you tell them they're not refugees? Any human is entitled to apply for asylum no matter his country."