Read about what we achieved.
NORTH UPI, Philippines

Abogantao Saiduna looked across his parched field. Littered by the brittle remains of his corn crop, it has succumbed to the worst drought to hit the southern Philippines in years.

“Normally you would see this field so green,” Saiduna told IRIN. “We have experienced drought before, but nothing quite like this.”

The Philippines has been badly affected by El Niño, the weather phenomenon that is disrupting temperature and rainfall patterns around the world. The UN World Meteorological Organization said yesterday that it is too early to tell if the current El Niño is the strongest on record, but it is comparable to the extreme events in 1997/98 and 1982/83.

For the Philippines, El Niño has meant a prolonged period of unusually dry weather. As of 31 January, almost a quarter of the country was experiencing drought, and the Philippine Atmospheric, Geophysical and Astronomical Services Administration predicts that figure to rise to 85 percent of the country by April.

El Niño has been especially destructive on the southern island of Mindanao, which is the Philippines’ breadbasket, supplying more than 40 percent of the nation’s food, according to the Food and Agriculture Organization.

The UN’s emergency aid coordination body, OCHA, says about 27,300 farmers in Mindanao are affected by drought and a rat infestation. The province of Maguindanao declared a “state of calamity” on 29 January, a move intended to hasten national and international relief. 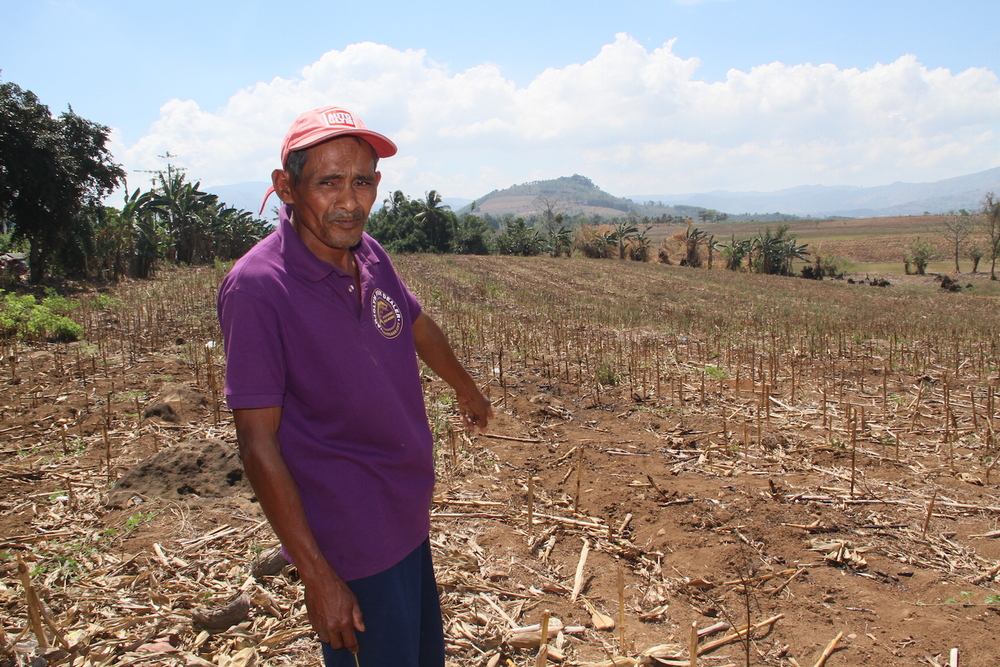 The World Food Progamme’s Mei Nebreja Santos said her agency is ready to assist if invited to do so by the government.

Mujiv Hataman, governor of the Autonomous Region of Muslim Mindanao, which includes Maguindanao, said his administration is conducting an assessment to determine how many farmers have been affected. It has already been distributing food, water, seedlings and farm tools to remote villages.

“What we need now is primarily food, and later on they will be needing farm implements to jumpstart farming again as soon as the dry spell ends,” he said.

Alexander Alonto, regional secretary for the Department of Agriculture, said the national government is rolling out a cloud seeding programme, which will include Mindanao.

Cloud seeding involves firing flares into clouds that are filled with substances including salt, which attracts water molecules and forms raindrops.

Alonto added that his department has started to distribute pesticides to kill rats, as well as special “heat-resistant seedlings”.

So far, help has yet to arrive in North Upi, the remote municipality where Vice-Mayor Remy Sioson says 95 percent of the community’s 13,000 households rely on agriculture for their livelihoods.

Since he’s unable to farm, Saiduna said he has been trying to earn money by collecting stacks of firewood to sell in the market. But that only brings in about $1 a day: not nearly enough to feed his family, which includes eight children.

“We are not doing anything on the farm right now,” he said. "I hope that the government will help us with at least our food needs."