Read about what we achieved.
ACRE

Until recently, Haitians escaping their homeland after the utter devastation of the 2010 earthquake took hazardous overland routes through South America in the hope of finding a better life in Brazil, often putting their lives in the hands of unscrupulous smugglers. Now, it’s simple: they walk into an office in the Haitian capital Port-au-Prince and apply for a humanitarian visa. No need for smugglers or sneaking across borders.

Brazil has introduced a similar system for Syrian refugees who can apply for special visas at Brazilian consulates in the Middle East. The visas facilitate their travel to Brazil. After arriving, they can register asylum claims. So far, 8,000 Syrians have been granted the visas.

It is an approach experts have been urging Europe’s political leaders to consider, particularly in the case of Syrians who are forced to rely on smugglers and undertake treacherous journeys across the Mediterranean just so they can claim asylum in Europe. The UN’s refugee agency, UNHCR, has recommended increasing access to humanitarian visas as one way to create more legal channels for refugees to reach Europe safely.

EU member states do issue humanitarian visas in exceptional cases, in line with the bloc’s visa code, but they have long resisted attempts to extend their use. Even since the annual migrant disaster on the Mediterranean turned this year into a fully-fledged refugee crisis, European leaders have preferred limited resettlement programmes and/or increasing aid to camps in the region, arguing that it is better for refugees to remain close to home.

See: Europe doesn’t have a migrant crisis, it has a Syrian crisis

Ernson Etienne, 20, was among the last Haitian migrants to have to use the dangerous overland route to Brazil. He arrived in the northwestern state of Acre after a month-long journey, following a well-trodden path used by an estimated 45,000 Haitians since 2010.

It was in Peru that the problems began. Corrupt police threatened to deport Etienne if he didn’t pay them bribes, and human smugglers charged him extortionate fees to take him from city to city. Eventually, he crossed into Brazil via its border with Bolivia after forking out around $3,500 in travel costs, smuggling fees and bribes. 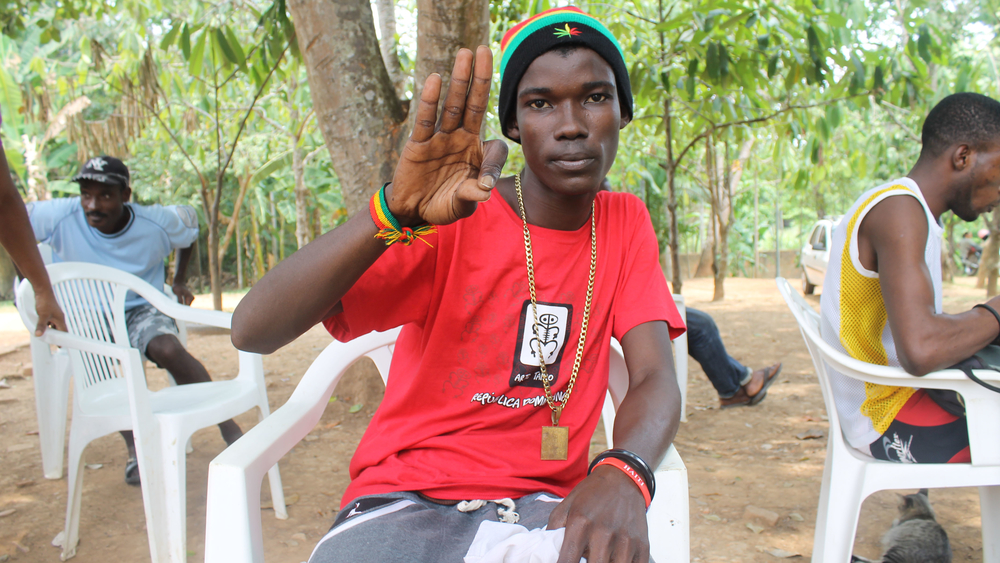 Etienne now resides at a humanitarian shelter for immigrants and refugees on the outskirts of Rio Branco, the capital of Acre, about four hours from the border with Bolivia. He is waiting for his brother to send him more money for a bus ticket to join him in the wealthy southern state of Santa Caterina, where he hopes to find work in construction or agriculture.

“I just feel so lucky to be here. The journey was very cruel,” he told IRIN.

Haitian migrants don’t fit the 1951 Refugee Convention definition of refugees. They are not fleeing persecution or conflict (the Convention does not cover those fleeing natural disasters), but Brazil considers them a special kind of economic migrant and in 2011 created “humanitarian visas” especially for them.

But only a limited number of migrants were able to apply for humanitarian visas from Haiti, where the Brazilian consulate in Port-au-Prince was only issuing 100 per month. With demand outweighing supply, thousands chose to make the journey illegally rather than wait. They relied on human smuggling networks that charged high prices to accompany them, often cheating them and abandoning them in the next town, where they were again preyed upon by criminal groups or corrupt police.

“They took all the money I had and my cell phone which had my contacts in it,” said Alnet Benot, 46, who spent three months trying to get to Brazil from Haiti. He was robbed several times, often travelling for days without food. Fellow migrants eventually helped him reach Brazil.

How about a direct flight?

This chaotic approach ended a month ago with the opening of an International Organization for Migration (IOM) office in Port-au-Prince, where Haitians can apply for humanitarian visas at a cost of $260 and then fly direct to Brazil, cutting out the need for smugglers.

“The visa is seen as a means to reduce dangerous irregular departures, by offering a legal, transparent and significantly cheaper alternative,” explained Dimitry Poletayev, project manager at the IOM centre in Haiti.

Brazil’s policies are generally welcoming towards migrants, who, once documented, are entitled to access the welfare system. The country has much more capacity to absorb migrants than Europe – currently they only make up around 0.5 percent of the population compared to eight percent in the UK and 13 percent in Germany – and there are no mainstream political parties with an anti-migration agenda.

Initially, Haitian migrants were drawn to Brazil by the prospect of jobs related to the country’s hosting of the 2014 World Cup. Like Etienne, most head to the wealthy southern states of Sao Paulo, Santa Caterina and Rio Grande de Sul. But Brazil lacks the resources to provide much support to newly arrived migrants. Limited spaces in inner city shelters in the south mean the migrants usually have to pay for private rented accommodation, while they often struggle to enter the labour market, partly due to language barriers.

And then there’s the downturn

Brazil is also in the midst of an acute economic crisis. Its currency, the real, has dropped more than 70 percent against the US dollar since 2010, meaning Haitian migrants now have much less money to send home to their families.

In the past year, more than a million jobs have also been lost, particularly in the construction industry, one of the biggest employers of migrant workers. There have been reports in the Brazilian media of some Haitians returning home, but others are still arriving.

“I just got here six days ago, and already I see that everything is different to how I was told it was going to be,” said Jean-Marc Richard, 22, a Haitian resident of the shelter in Rio Branco, which hosted up to 1,200 migrants at the beginning of the year, the majority of them Haitians, and is now down to 150, about half of them from Haiti.

While there is speculation that the number of Haitians entering Brazil may start falling due to the economic crisis, experts are quick to point out that the situation back home is much worse.

“Haiti is in such a bad state that it’s unlikely that the (economic) crisis is going to make much of a difference to those who want to come here,” said Mauricio Santoro, a professor of external relations at Rio de Janeiro State University.

As Brazil sheds more jobs, Santoro said the backlash against Haitian migrants was growing. While Brazilians are generally sympathetic to the relatively small numbers of Syrian refugees arriving in the country, the Haitians are more likely to experience racism.

While violent attacks remain rare, a Haitian was recently beaten and stabbed to death by 10 men in Santa Caterina state. Similar incidents have been reported in Sao Paulo.

“As the (economic) crisis continues, I am concerned that the number of these xenophobic attacks will rise,” Santoro told IRIN.

Reports of unemployment, a weakened currency and acts of violence against Haitians do not appear to affect Etienne. Playing dominos in the garden of the Rio Branco shelter, he shrugged off such concerns.

“I came to Brazil to work. Whatever I can find here, it will be better than Haiti,” he said.