Read about what we achieved.
Lesbos

Objects of pity or attractive prospective employees? The Syrians landing on the beaches on the Greek island of Lesvos have some serious CVs. IRIN aid policy editor Imogen Wall spoke to some about the professional skills they have to offer Europe, and their career ambitions. 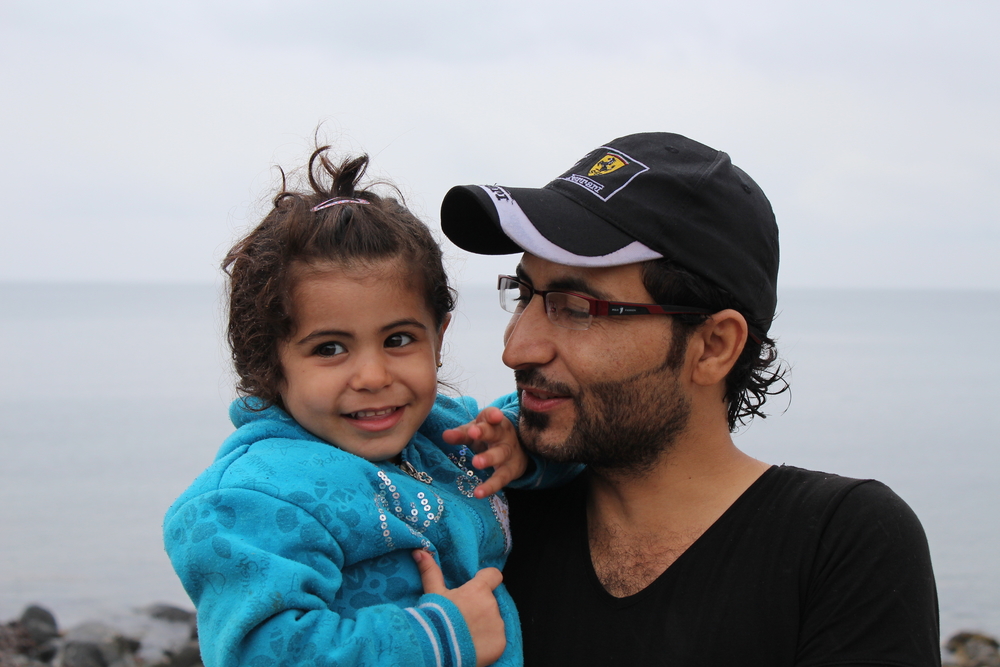 I went to high school in my hometown of Raqqa then studied medicine at the University of Luhansk, one of the best universities in Ukraine. After qualifying, I worked in paediatrics for seven years at the National Hospital in Raqqa. When ISIS (self-proclaimed Islamic State) took over Raqqa, we went to Lebanon, to Camp Bourj (el-Barajneh). I established a private practice in the camp, but there are no long-term prospects there for my family and so we decided to leave. I would like to resume my paediatric practice, and in the longer term I would like to continue my training and work towards becoming a neurological surgeon. 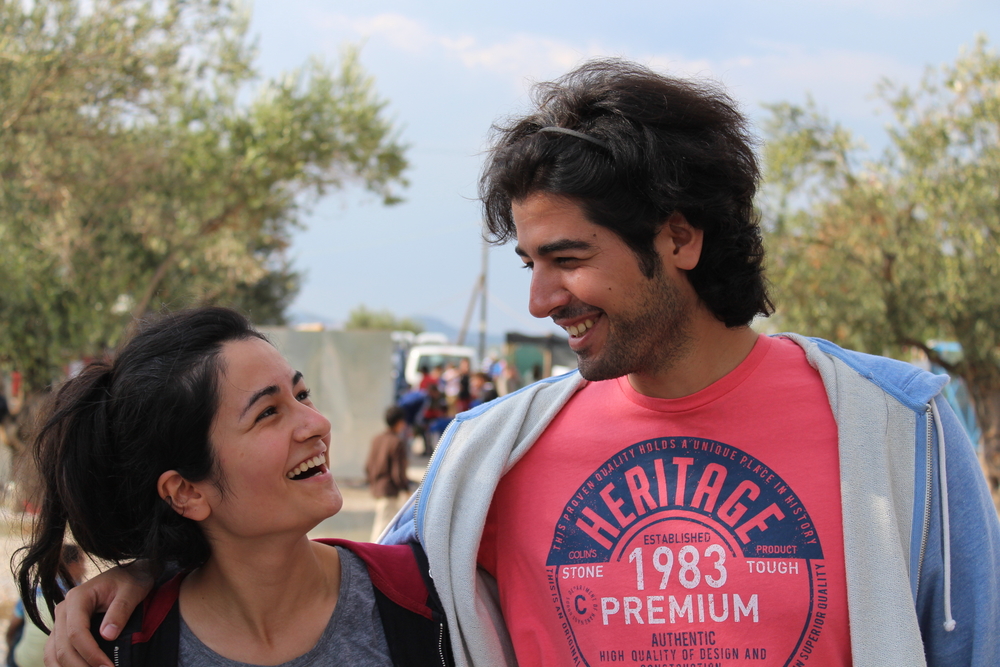 Primarily, I want to study. I was only able to complete the first year of my BSc in Civil Engineering before we had to leave. I particularly admire Gustave Eiffel. The structure of the Eiffel Tower is amazing: it took three years to build. The first year of my studies was about the use of materials and structure, but really I prefer the design side. Really, I would like to focus on architecture. I only chose civil engineering because I was worried about my lack of training in technical drawing, but yes, I would like to become an architect, or be involved in construction.

My BA is in English Literature from the University of Aleppo. We began with very early English, which I don’t enjoy so much. I struggled a bit with (Geoffrey) Chaucer. My favourite is (Christopher) Marlowe, particularly Doctor Faustus, and (Ben) Jonson. Of the modern era, I like (George Bernard) Shaw and (Arthur) Miller. I prefer theatre. I have been working as an English teacher ever since I graduated. I started with children but they were hard work. I thought I was a patient person, but the children I taught in Turkey were very spoiled and we struggled with discipline. So I took an additional qualification in adult teaching and now I work mostly with teenagers and adults, focussing on spoken and business English. I would like to return to teaching, but also to studying. I would like to take a master’s (degree) in something related to linguistics. I speak five languages (English, Arabic, Kurdish, German, Turkish) and I’d like to add to that. 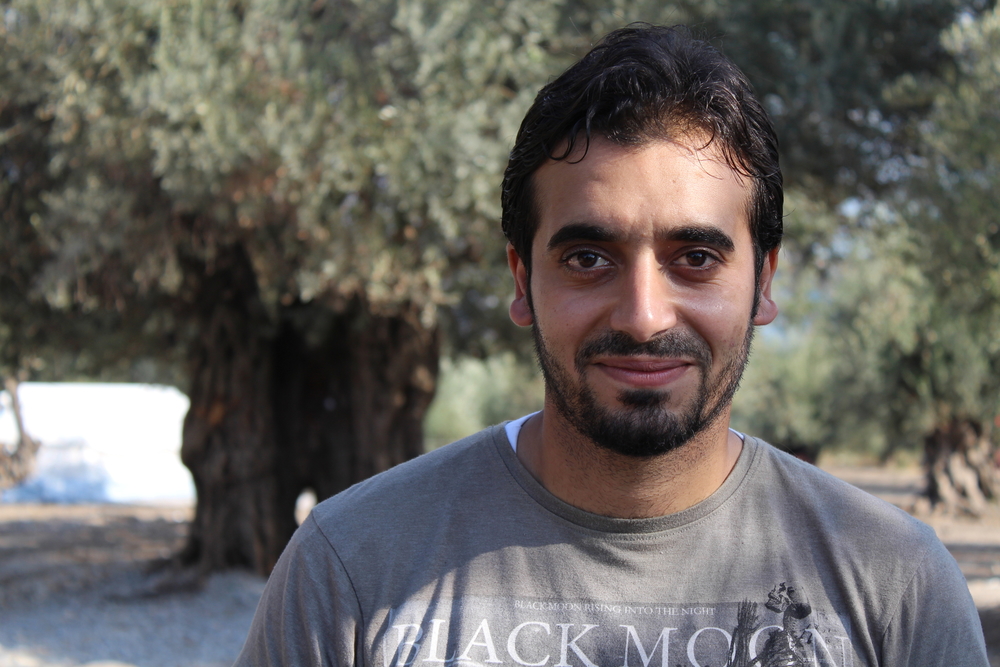 I took my BA in Law from Damascus University five years ago and have been practising as a lawyer ever since. I started out working in contract law, but recently my practice has been primarily family work. The divorce rates have increased hugely since the war: many men leave their families behind, and when they don’t come back the wives need help obtaining a divorce so they can marry again. But most of them don’t have money so the majority of my work is pro bono. I took paid work only to eat. I want to continue to work in law. I’m not worried about transferring to a European legal system as Syrian law is based on French law from the time of colonisation, so it isn’t very different. I speak Arabic and English. 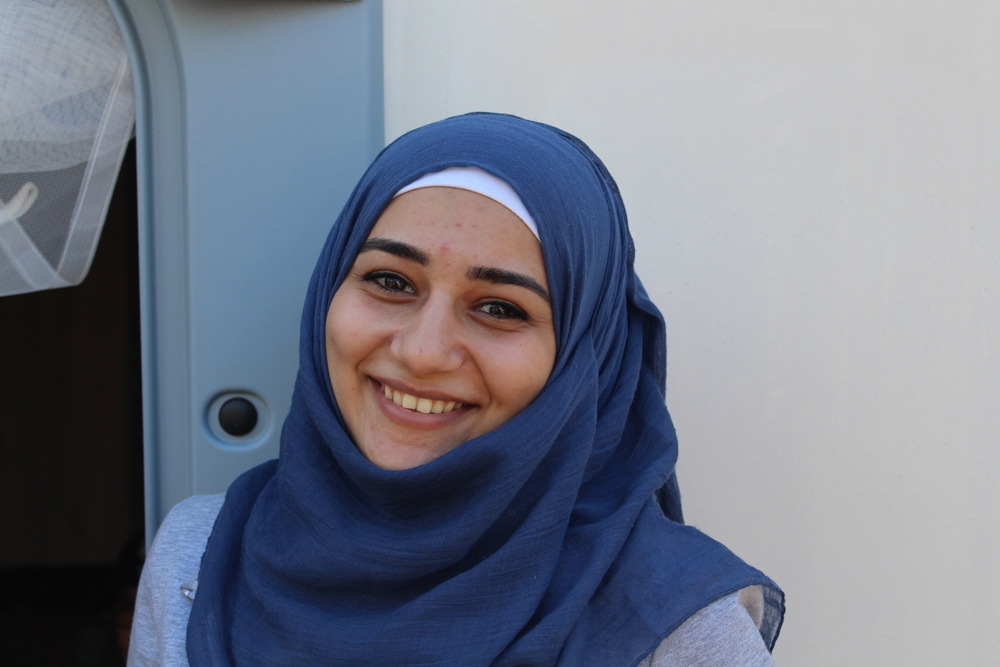 I graduated in computer science from Damascus University. I came seventh in my year and there were more than 1,000 of us. I particularly enjoy programming. That is my passion. It’s like solving a puzzle, and I absolutely love it. I work in HTML, Java, C++ and C#, but C# is my favourite. I find it very intuitive to use. Since graduation I have been working for a mobile phone company. It’s not my specialist area but it was something to get started with. By the time I left they were attacking the university with bombs and nothing was safe. In Europe I would like to work as a computer scientist and to continue my studies. I would like to do a master’s (degree) in programming. 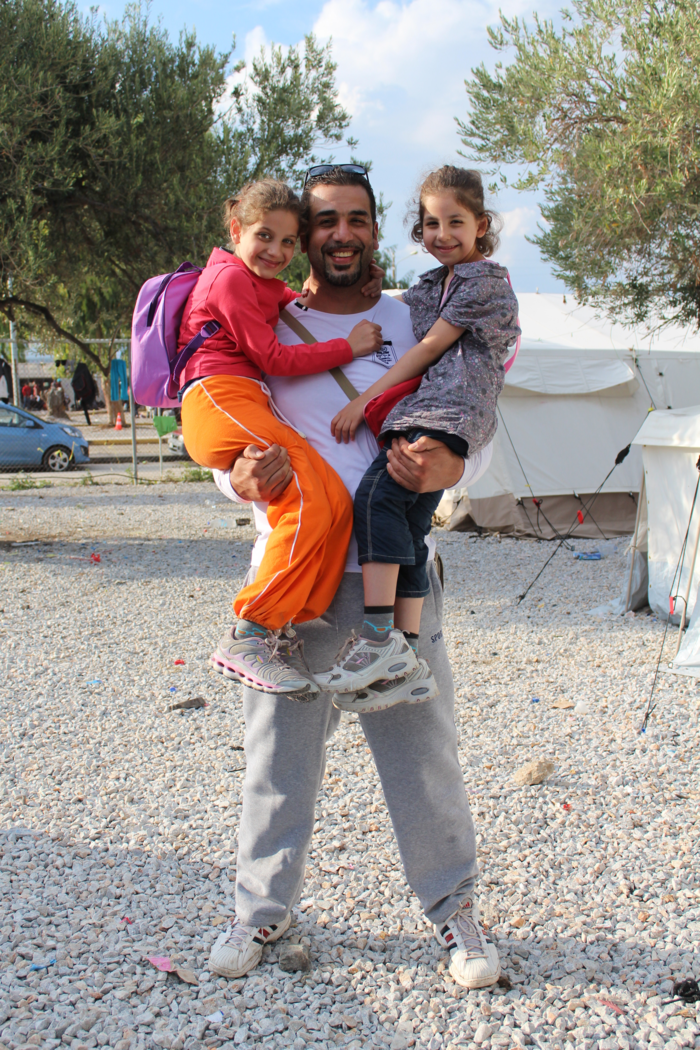 For 13 years I was a professional basketball player. I played for the national team in Syria from 1992 to 2003.  The high point of my career was playing China. I slam-dunked Yao Ming. We lost, but I slam dunked him! He’s one of the best players in the world. That was a great feeling. Then I sustained a knee injury and took my coaching qualifications instead. When I left Syria, I was the coach of the under-16 team. I didn’t want to leave, but I wanted a future for my kids. I love coaching. It’s like playing chess. You have to train your players, but you also have to think strategically. I am hoping to work in Europe. The coaching qualifications are the same in Syria and Europe. I also have a master’s degree in electrical engineering, but basketball is my passion. I’d like to be the [head] coach in whichever team I end up working for! I would also like to study in Leipzig. The university there has some very good courses in sports management. 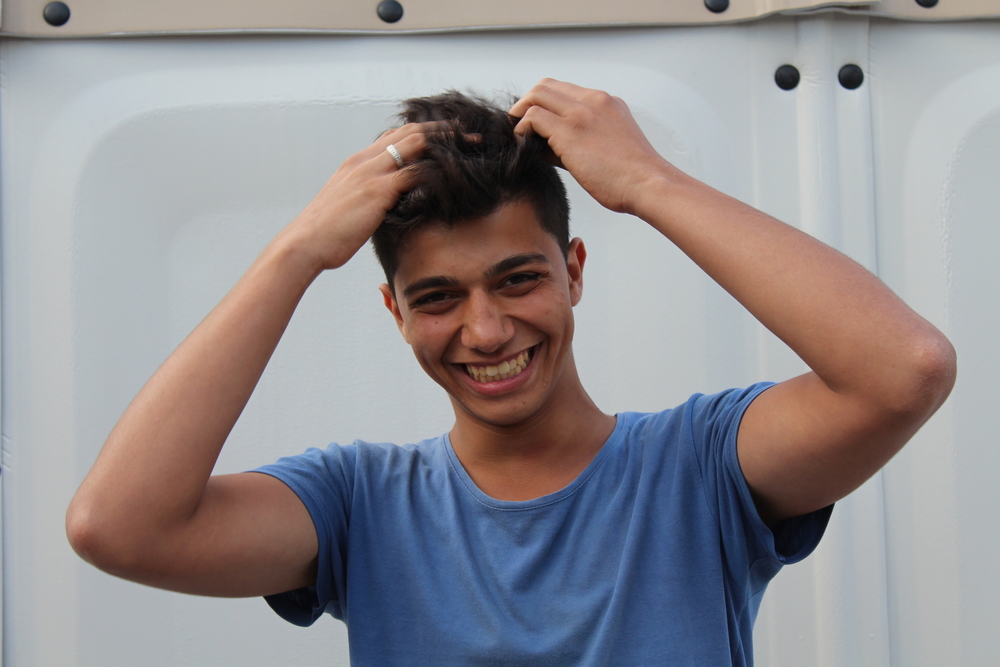 I have five years’ experience as a barber. I started when I was 12, when the schools closed in Aleppo because of the war. I couldn’t study, so I became an apprentice in a hairdressers. They started me with shaving, but I learned massage, hairdressing and facials. The most popular style in Syria now is like this (see picture): short at the sides and spiky on top. I can’t show you properly as I need the gel. And the guys love facials, much more than the girls. What I want to do though is move into women’s hairdressing. Women are harder as customers. They are fussier and they change their minds more, but it’s more interesting work. Plus, I like girls! I’d also like to expand into make-up. 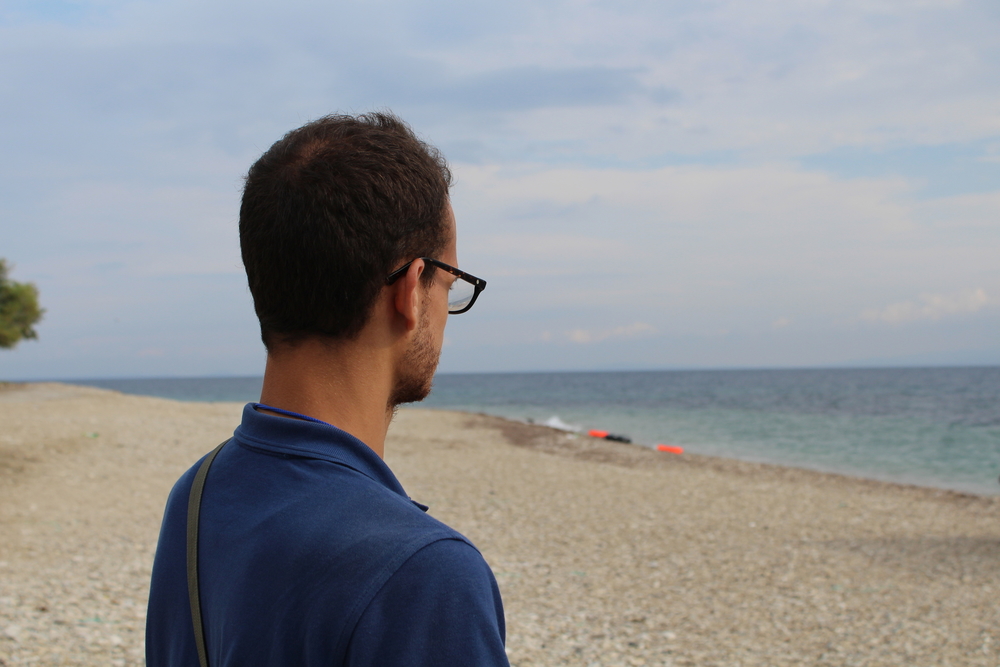 I hold a degree in pharmacy from the European University in Damascus. I have actually been working in an insurance company for the last few years, investigating medical claims. Ideally, I would like to work in medical sales, and combine my pharmaceutical knowledge with marketing, which I love: I think it’s fantastic, I think it's art. As a medical sales representative I could also draw on my pharmaceutical training. In the longer term I’d like to retrain as an oncologist. My mother died of breast cancer and we just couldn’t get her the specialist care she needed. I'd like to help women like her. I speak English and Arabic fluently. I actually took my pharmacy degree in English, and (I speak) some French, although it’s a little rusty, and a few words of German. Really, we don't want money. We want to work. I don’t want you to see my face because of the security of my family, but also because I'm not proud of coming to Europe this way.

*name has been changed 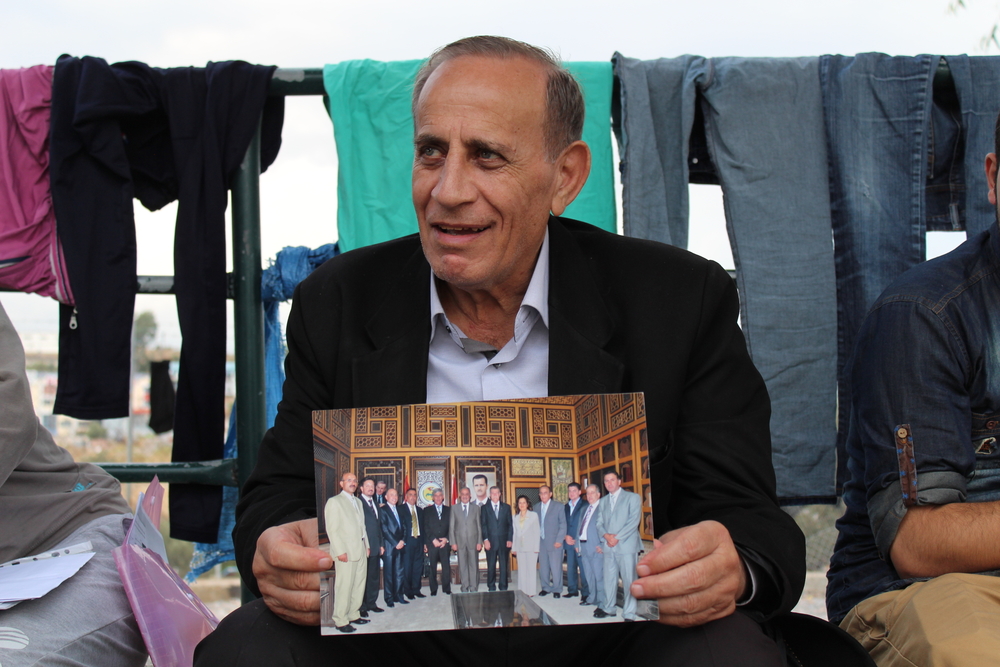 Football has been my life. I was on the coaching team of the national football team from 2004 to 2011. Before the war, we were getting close to a European standard, but now all the Syrian players have gone to teams in the Gulf. My star pupil was Omar Al-Somah. He’s now one of the top players in Saudi Arabia. He's good enough to play in Europe. I left Syria four years ago. I spoke out against (Syrian President Bashar al-) Assad and I was threatened by the police. Then my son was shot in the neck, and while he was undergoing treatment they started bombing the hospital, so we all left for Turkey. He’s still there now. I’m taking his medical papers with me to a doctor in Germany for review.  I’ve also brought all my coaching certificates and qualifications. We’re going to Germany because I studied there. I took a training qualification in Theory and Practice of Sport at the University of Leipzig and I’m in touch with contacts there from the footballing world. But mostly I just want to get my son the care he needs.