Across the road from Belgrade’s main train and bus stations is a small park that until recently was known mainly for its sex workers. Now, hundreds of migrants and refugees camp out in the park every day, waiting for buses or taxis to take them north to Serbia’s border with Hungary.

Most began their journeys in Syria, Iraq and Afghanistan and travelled to Greece by boat from Turkey. They were fortunate to make it through Macedonia before the government there declared a state of emergency at its southern and northern borders, deploying riot police to control the thousands of people arriving from Greece every day and trying to board dangerously over-crowded trains to Serbia. On Friday, police reportedly used teargas to control a group of several thousand migrants being kept in a no-man’s land between Greece and Macedonia.

Speaking to IRIN, a spokesperson with the UN’s refugee agency, UNHCR, in Macedonia said the border with Greece had been “de facto” closed as it was being guarded by police and the army, but that 200 to 300 migrants had crossed in the night and reached the train station in Gevgilja.

“We are always concerned if borders are being closed,” she said. “If you control a crowd by deploying the army, you need to make sure people have access to basic assistance and that people are not trapped between borders where there’s no shelter or medical assistance.”

For those already in Belgrade, one final border separates them from Hungary – the start of the EU’s passport-free Schengen zone, access to which would allow them to move with relative ease to other destinations in Europe.

But Hungary’s government has other ideas. It recently passed legislation classifying anyone who enters the country via “safe” third countries, including Serbia, as “economic migrants” who can be returned. Ignoring opposition from Serbia, Hungary is also constructing a fence at the border that is due to be completed at the end of August. Commentators are doubtful the deadline will be met, but migrants are not taking any chances and are moving through Serbia as quickly as possible, pausing only a night or two in Belgrade to rest and connect with smugglers.

UNHCR says 84,500 people have registered their intent to seek asylum in Serbia in 2015, and estimates that a similar number have passed through the country without registering. Just 484 have actually filed asylum applications.

Ahmed* left Syria in late July after his apartment building was destroyed by a bomb that killed many residents. It spared him and his wife as they were not home. Ahmed was also under pressure from the government to complete his military service. In recent years he’d managed to avoid being drafted seven times by paying bribes.

After travelling to the Turkish coastal town of Izmir, he waited 15 days for a smuggler’s boat to take him to Greece with a group of others. Halfway across, a Turkish military boat intercepted them, took their motor, and called the coastguard. They sat, stranded between two countries, for 12 hours before being towed back to Turkey. On their second attempt, they reached Greece.

Ahmed’s brother and several other relatives made it to Germany using the same route earlier this year and Ahmed hopes to join them.

He and his friends are spending the night in a parking garage close to Belgrade’s bus station, which became a makeshift camp this week when strong rains forced people camping in the park to find cover. Early in the morning, they will take a bus to Kanjiza, close to the Hungarian border, where they plan to cross and get a taxi to Budapest. Ahmed is less concerned about the partially completed fence than about his money running out before he reaches Germany. 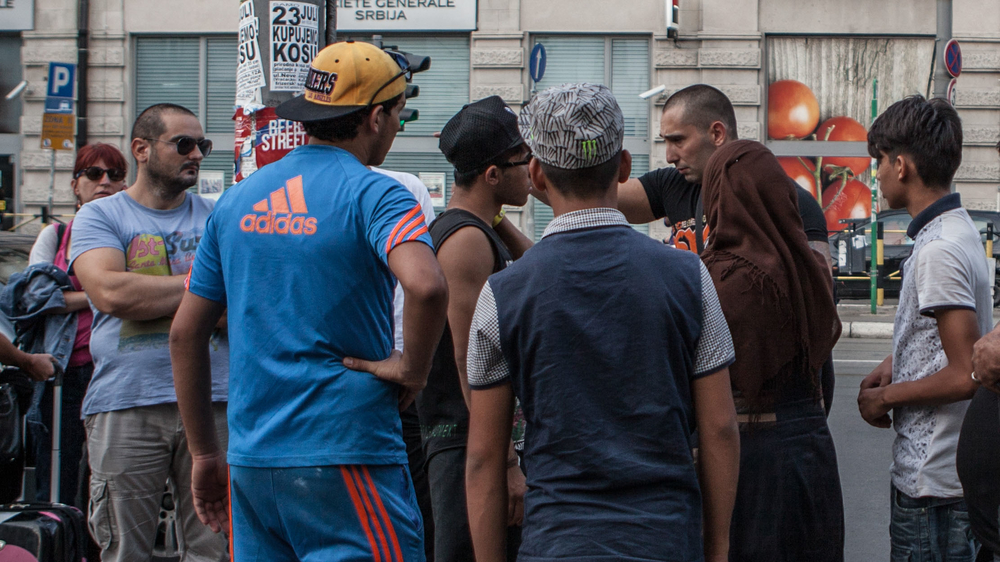 On Wednesday, Serbian Prime Minister Aleksander Vucic announced government plans to build a temporary reception centre in Belgrade with the capacity to accommodate up to 3,000 asylum seekers. He called on the European Union to assist financially, but said even without additional money, Serbia was committed to helping refugees.

“We can’t close our eyes like others in Europe have,” he said.

We can't close our eyes like others in Europe have. Refugees are safe and welcome here.

“Refugees are safe and welcome here. Some will stay, although we know they want to go to more developed countries. If they want to stay, we have no problem – these are good, hard-working people.”

Serbia currently only has the capacity to accommodate 1,000 asylum seekers, plus 80 unaccompanied minors, in temporary housing. But even these limited facilities are only half-full as most migrants hurry to the border.

Migrants with the means to do so stay in Belgrade’s hotels and hostels, but those on a budget camp overnight in the park or carpark, where the atmosphere is upbeat and friendly. NGOs and activist groups distribute hygiene packages, bread, milk, juice and diapers as well as printed maps of the city with information in Arabic. Local police patrol the area around the park but do not attempt to move the migrants out unless there is a serious problem. 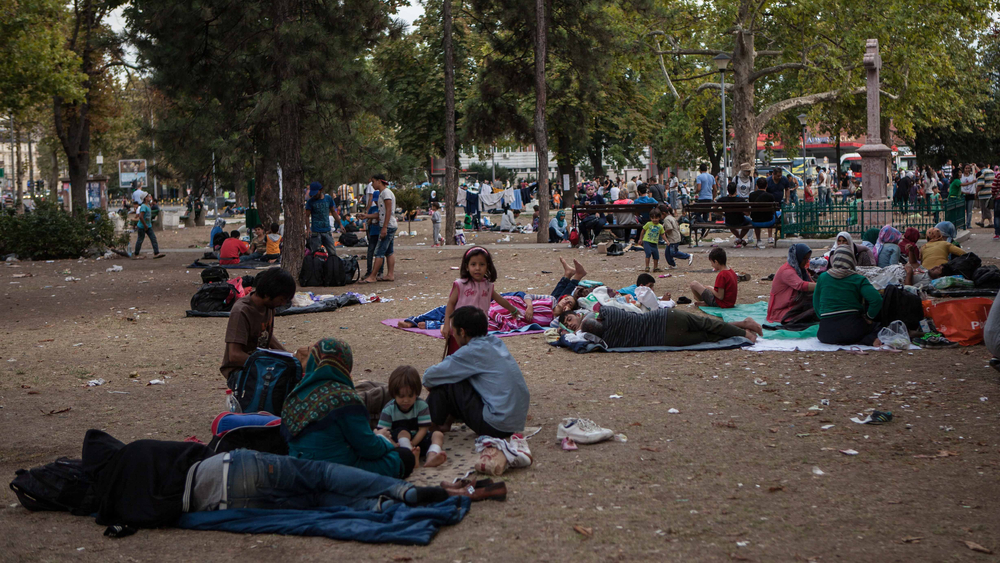 The flow of migrants has brought a new, comparatively wealthy market for goods and services to a country where salaries average 330 euros per month. In Belgrade’s shopping malls refugees browse for clothing, while in the bars around the bus station groups of Syrian men sip soft drinks and check their smart phones. Businesses who attempt to extort or overcharge them are regularly shamed on social media.

Migrants are not only tolerated, but welcomed by the majority of Serbians. This week a columnist offered her resignation from Danas, a national newspaper, after facing a huge backlash for writing that “strange foreigners” were a potential worry. A right-wing politician’s suggestion to build a wall at Serbia’s border with Macedonia was quickly dismissed by both government and opposition spokespeople.

The refugees in Belgrade view Hungary, where the official attitude towards migrants is much less welcoming, as the final hurdle. One man, waving goodbye to his friends as he headed for the bus, demonstrated how he would be keeping his fingers and thumbs in his pockets until he reached Austria, and urged them to do the same. Under the EU’s Dublin Regulation, asylum seekers who are fingerprinted in Hungary can be returned there if they later try to claim asylum in another member state.

The UNHCR office in Belgrade says it is working on a contingency plan should Hungary start implementing the legislation that would allow it to push back asylum seekers arriving from Serbia.