Local aid groups and the United Nations are urging Myanmar to allow access to about 1,400 people who are running out of food in makeshift camps in the jungle after fleeing clashes between the military and an ethnic armed group in Kachin state.

Myanmar’s military, know as the Tatmadaw, has blocked access to the township of Sumprabum where government forces have been fighting the Kachin Independence Army (KIA) since last month. Aid workers and local media have reported heavy shelling in the area, as well as airstrikes on 11 and 12 July that destroyed a school and some houses, but did not cause casualties as residents had already fled.

“They could feel the vibrations (from airstrikes) through the area,” said Hka Li of the Kachin Baptist Convention. “Now they are really afraid the Tatmadaw will use jet fighters again.”

Hka Li was able to evade military patrols and checkpoints to visit the displaced villagers last week, but could not travel in a boat large enough to carry supplies as that would have attracted attention.

“Their condition is very bad and the humanitarian response is very urgent,” he said. “They are running out of food.”

Government spokesman Ye Htut was not available for comment and messages left at his office were not returned. The military has no spokesman, and independent verification of incidents is impossible in many areas where journalists are prevented from travelling.

An 18-year ceasefire between the government and the KIA broke down in 2011 just months after Myanmar’s former junta formed a quasi-civilian government, which initiated widespread political and economic reforms after 49 years of military rule. 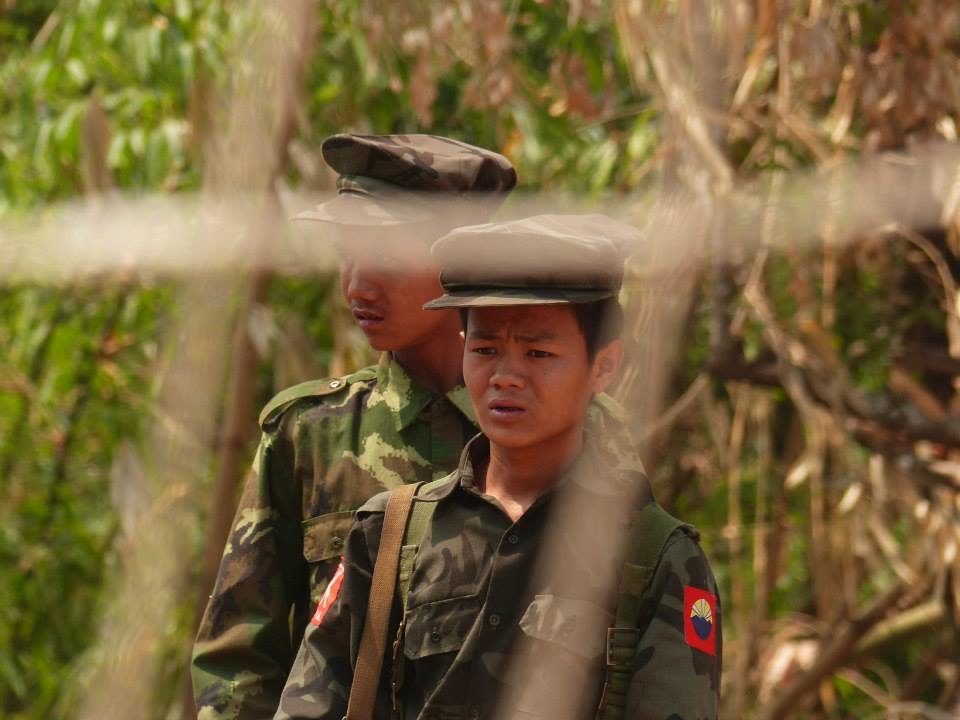 The government says it wants to sign a nationwide ceasefire before the 8 November elections with an array of ethnic armed groups, including the KIA, many of which have been fighting for autonomy since Myanmar’s independence from Britain in 1948 or shortly after. Conflicts continue today in many ethnic minority areas and rights groups have accused the military of abuses against civilians.

“The UN calls on all parties in the conflict to ensure access by humanitarian organisations to the displaced,” OCHA spokesman Pierre Peron told IRIN.

He added that both sides have a responsibility to respect humanitarian law and allow displaced people passage to safe areas.

Hka Li said that the KIA would permit humanitarian groups into the area, but the government denied an 18 July request by the Kachin Baptist Convention to bring supplies to the displaced people.

He said the military told them it could not guarantee their security if they travelled by river, meaning that soldiers would not be informed of their movements and would not be ordered to let them pass safely.

The road from the state capital, Myiktyina, is all but impossible to use in the rainy season as it is washed out in some places and inundated by deep mud in others. The alternative is to travel two days up the Mali river, which runs through areas occupied by fighters from both sides.

Hka Li said the Baptist Convention decided to chance it and transported some supplies by boat, which arrived in Sumprabum at the end of July.

“That was very risky,” he said, adding that those supplies have now been depleted. 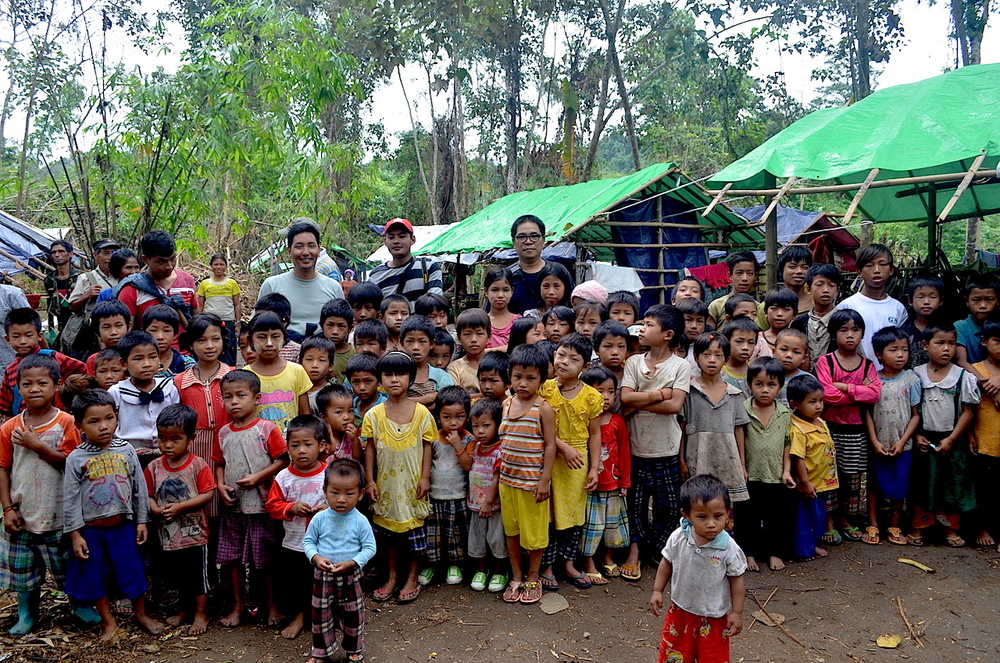 Other local organisations including the Metta Development Foundation, one of Myanmar’s largest humanitarian groups, have been denied permission to travel to Sumprabum, said the Foundation’s Gum Sha.

Peron said the UN is also awaiting authorisation from the government to allow convoys of aid across military lines into areas controlled by the KIA, where more than 12,000 people are living in temporary displacement camps. Most international aid groups have not been able to access the area since September 2014, he said.

Aside from those in makeshift camps in Sumprabum, OCHA says a further 2,750 people have been displaced by fighting in Kachin and northern Shan states between the start of the year and the end of July.

In addition, as many as 70,000 people fled over the border into China from the Kokang Self-Administered Zone when fighting broke out in February between government forces and an ethnic Han group known as the Myanmar National Democratic Alliance Army (MNDAA).

While fighting has since died down in Kokang and many displaced people have returned, “humanitarian access for international organisations remains restricted,” OCHA noted in a 31 July report.

The danger to humanitarian groups accessing conflict zones in Myanmar was highlighted during the conflict in Kokang in February when two Red Cross convoys were attacked within a week while transporting civilians out of the area. The government blamed the MNDAA for the attacks, which killed a Red Cross volunteer and injured at least six others.