More than three months after a massive earthquake devastated Nepal, hundreds of thousands of people remain homeless as reconstruction efforts are blocked by logistical and bureaucratic hurdles.

About 9,000 people were killed in the 25 April earthquake and another that followed on 12 May. The back-to-back disasters damaged 284,479 houses and completely destroyed another 602,567.

The United Nations says around 60,000 people remain in official camps, but hundreds of thousands more are living in temporary shelters elsewhere, sometimes in makeshift tents amongst the rubble of their former homes. Many are exposed to the monsoon rains, and their lives will get even harder if they aren’t able to move into permanent housing before winter arrives.

Yet, the pace of reconstruction is painfully slow. Authorities do not have enough heavy machinery to clear debris to make way for new structures, and the government has yet to release guidelines for rebuilding using methods that will lower the risk of serious damage from future quakes.

Without clear guidelines, people are likely to repair damaged houses in ways that leave them vulnerable to collapse in tremors that are sure to strike again in earthquake-prone Nepal, said Amod Mani Dixit, executive director of the National Society for Earthquake Technology, which is headquartered near the capital Kathmandu.

“There is high chance that homeowners will just cover the visible damage, for example by plastering or by whitewashing or painting, and not mitigating the residual risk,” he said.

“It is difficult to say when they will be endorsed by the government,” he told IRIN. “They need to be approved by the relevant line ministries, hopefully within two weeks.” 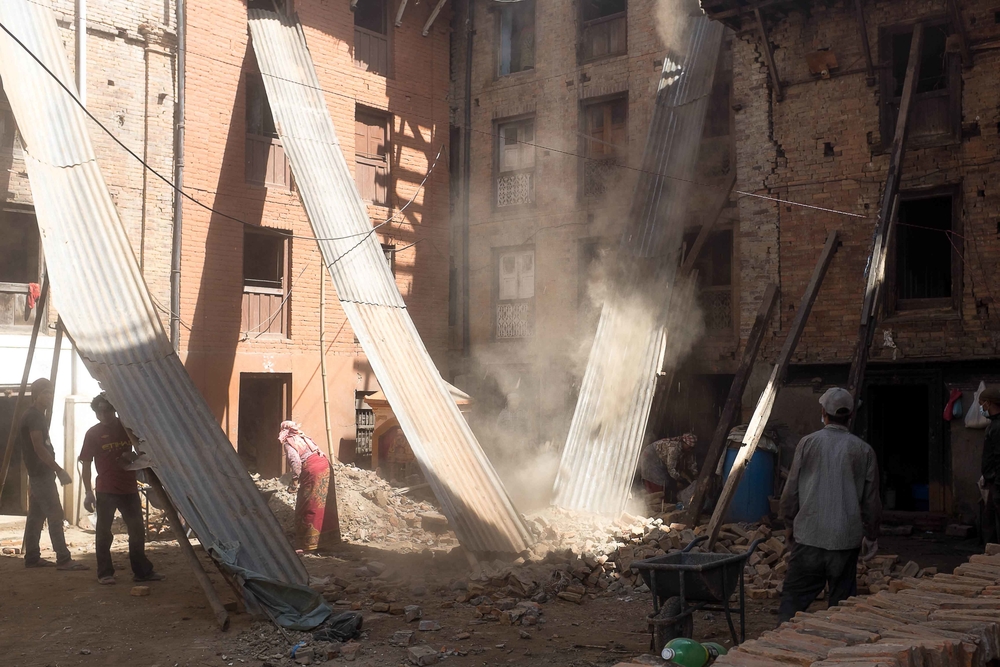 The government also plans to publish a catalogue of earthquake-resistant houses that people can choose from, and will provide training on earthquake-resilient construction to homeowners, masons, builders and engineers, said Shah.

But even if the guidelines and catalogue were released tomorrow, reconstruction would be impossible in many areas where damaged buildings need to be demolished and debris must be cleared.

“The rate (of demolition) at the moment is extremely and frustratingly slow, because we don’t have the resources,” said Renaud Meyer, Nepal country director for the UN Development Program. “If we wanted to speed up the demolition, we would need more resources to bring in much more machinery and hire more people.”

Laxmi Prasad Dhakal, spokesman for the Ministry of Home Affairs, said the biggest challenge is the lack of equipment, which is particularly important for demolishing damaged high-rise buildings.

“Given these challenges, we have no estimate of how long it will take to complete the demolition,” Dhakal told IRIN.

Workers and residents watch as a bulldozer demolishes an earthquake-damaged building in the city center in Chautara, Nepal, on 8 July 2015 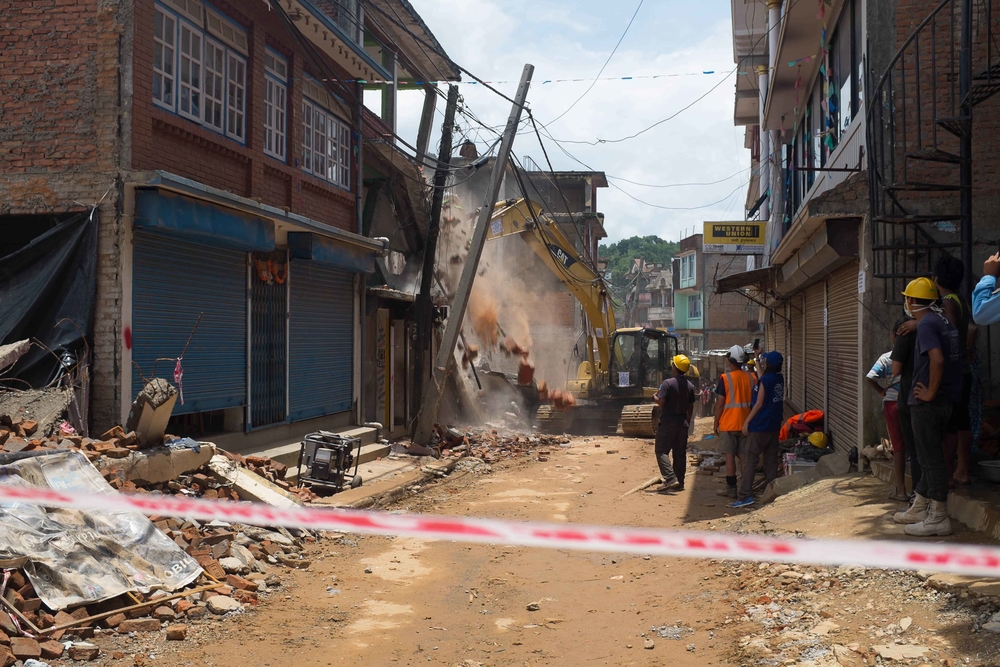 International donors have pledged US $4.4 billion for earthquake relief, but most of the money has been allocated towards reconstruction and not demolition.

“It has been very difficult to mobilise resources for debris management,” said Meyer. “Donors have been prioritising funding for things that are secondary and can only be done once the debris is cleaned.”

The government has promised grants of 15,000 rupees (about US $150) and low interest loans to those who need to demolish their damaged houses, clear debris, and rebuild. But the program has come under heavy criticism from earthquake victims who say it suffers from problems common to Nepali bureaucracy, including lost paperwork, delays and unclear regulations.

“The 15,000 rupees is not anywhere enough money for me to pay for the demolition and the reconstruction of my house,” said Manoranjan Baidhya, whose childhood home in central Kathmandu was damaged beyond repair. “Given how hard it’s been to get that 15,000, I don’t have much hope to get the loans.”