Organisations including Médecins Sans Frontières (MSF), the Norwegian Refugee Council, and Norwegian’s People’s Aid were given the green light in the lead-up to Turkey’s parliamentary elections on 7 June.

This promises to not only improve efficiency in cross-border aid delivery, but also to enable these groups to work for the first time inside Turkey with the vast Syrian refugee population, tipped to reach two million by the end of 2015.

The registration issue has dogged the international response to Syria’s humanitarian crisis ever since a wave of NGOs arrived in Turkey and tried to set up operations back in 2011.

While the majority of aid organisations work inside northern Syria, their offices, for legal and security reasons, are inside Turkey, dotted along its southern border.

A number of international NGOs were already registered in Turkey prior to the Syrian crisis, but many others, including some of the largest, were not.

Several organisations say they have been trying to register for years but that slow bureaucracy and a lack of international NGO culture in Turkey has left them languishing in limbo.

The approval of this important cluster of NGOs is being hailed as a step in the right direction by the international humanitarian community.

For NGOs providing food and non-medical aid, registration means legal tax status and a sizeable cash bonus — goods bought in Turkey are liable to the 18 percent VAT charge, which is waived on export to officially registered organisations.

MSF, whose application to register in Turkey took eight years to process, told IRIN they looked forward to having improved access for staff crossing the border and a generally easier relationship with the Turkish authorities.

Now that it is legally registered, MSF can turn its attention to longer-term capacity building and strengthening its coordination with Turkish and Syrian NGOs inside Turkey.

The legal move, which was decided at the end of May, will also formally tie the international NGOs into the wider sphere of Turkey’s emergency response system.

According to Kaan Yildiz, an emergency expert at the Turkish government’s disaster agency AFAD, the total number of international NGOs registered in Turkey and working on Syria has now reached 42.

What took so long?

The reasons for the registration delays are often unclear, while the legal framework regarding the operation of humanitarian organisations in Turkey is fairly non-existent.

An MSF nurse readies herself to inject patients. Young boys are at particular risk of contracting Kala Azar while out herding 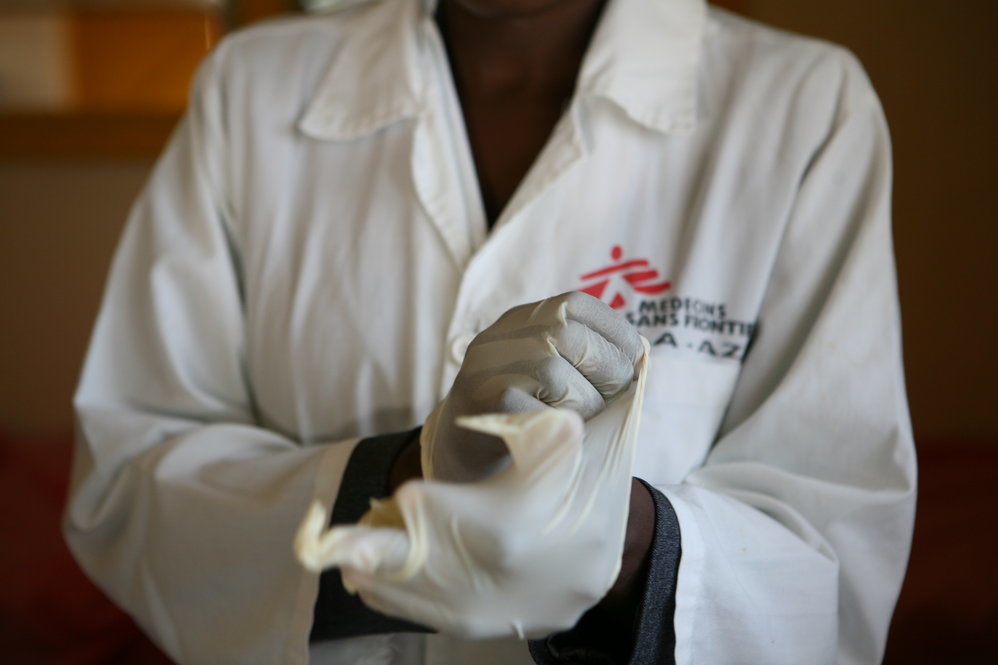 “Officially, they don’t give reasons [for rejections],” MSF representative in Turkey Aitor Zabalgogeazkoa told IRIN. “They’re very generic and simply say you’re not abiding by the law. But, in private, they give more specific reasons.

“We’ve been perceived as supporting the Kurdish agenda, for working in the southeast, but we simply worked there because more difficult displacements were happening in the east of the country,” Zabalgogeazkoa said.

The Turkish authorities have been heavily criticised for administering such an arbitrary application process – one that has taken years for key NGOs to satisfy – while a humanitarian crisis, unparalleled in recent times, rages on its doorstep.

In the border town of Kilis, which has doubled in size since the beginning of the conflict, trucks line up for days waiting to deliver their cargo to Syrian partners across the border.

On the ground, a complex network of Turkish, Syrian and international organisations are forced to muddle through the regulations.

Ulas Atkan, the town’s deputy governor, blamed the delays on the NGOs themselves and their “mistakes” during the application process. He shrugged off any suggestion it might be down to a system that is clogged up with clunky bureaucracy or acting with some kind of hidden political agenda.

“The important thing is that they are registered now, and we can work with them legally,” Atkan told IRIN. “We want to see many more NGOs.”

MSF’s Zabalgogeazkoa believed the decision to grant his organisation new status signals a change in Turkey’s attitude — and is perhaps a subtle call for more international help in dealing with its huge refugee influx.

“They see that one of the best ways other societies deal with this kind of problem is allowing NGOs to work. They have finally opened their eyes.”