Already devastated by a massive earthquake, Nepal is now struggling to prepare for a potential series of landslides triggered by the oncoming monsoon.

More than 8,000 people died in the 25 April earthquake, which the Kathmandu-based International Centre for Integrated Mountain Development (ICIMOD) said caused more than 3,000 landslides.

Click here for our full coverage of the Nepal earthquake

The danger now is that monsoon rains, expected in about a week, loosen debris built up from those initial slips, leaving already vulnerable communities in the path of new landslides, rockfalls, avalanches and floods.

Scientists at ICIMOD, the National Aerospace and Space Administration (NASA) and the University of Arizona are using satellite imagery to identify rivers that have been blocked by landslides and could lead to severe flooding if breached, as well as landslides that have already affected villages and could be loosened again by rain.

The scientists assess risk by looking at areas where intense rain and runoff, combined with slopes destabilised by the earthquake and aftershocks, will increase the chance of steep and fragile valley slopes to crumble.

They are assembling a database of landslides that could devastate villages, and providing that information to the government. As of 27 May, the team had mapped 545 landslides in more than 60 villages from 19 most vulnerable districts.

The government has dispatched a team of scientists and experts from various ministries to identify communities that may need to be resettled before the monsoon, and food supplies have been prepositioned in some spots. But officials say they don't have the funds to mount a more extensive response, including purchasing equipment to clear debris.

"We need a lot of financial resources to buy heavy equipment as the government has been operating with limited resources now," Ramesh Dangal of the Home Affairs Ministry’s disaster management division told IRIN.

Hit hard by Nepal's 25 April, 2015 earthquake, the village of Haku remains highly vulnerable and most villagers have already fled to safer places, fearing the monsoon rains could cause more deadly landslides 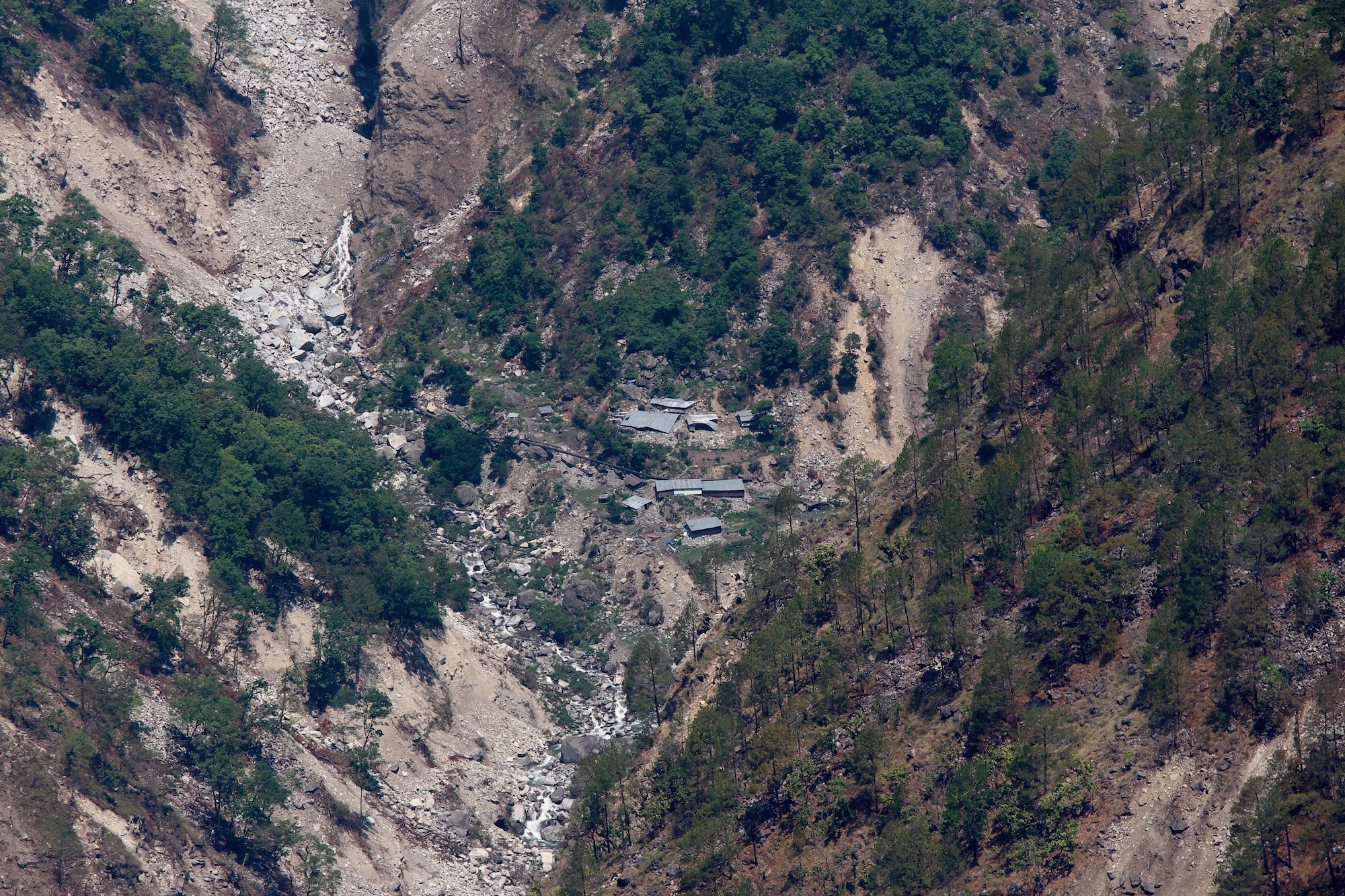 Villagers in regions already finding it hard to cope in the aftermath of the earthquake are worried that landslides could wreak further destruction.

When his village was destroyed, Bir Bahadur Tamang and his family walked two days to find shelter along with hundreds of others in Dhunche, the headquarters of Rasuwa district.

“My son has gone (back to the village) to bury the dead, and I fear for him too as we wait for his return,” said Tamang.

Almost 600 people died when the quake struck Rasuwa, which was the hardest hit of any district in terms of deaths as a proportion of the population, according to the government.

Data gathered by ICIMOD and its partners suggests that Rasuwa is now the district most at risk from landslides.

A large landslide has dammed the Trishuli River, creating a lake 100 metres wide and 500 metres long. The scientists warn that there is a high risk that monsoon rains could cause the dam to break and unleash a massive flood.

The monsoon will also make it even more difficult to deliver aid to remote, hard to reach areas, the United Nations said in a statement Tuesday.

The UN appealed for more funding to help the 2.8 million Nepalese in need of assistance after the 25 April earthquake and a second one that hit a week later. Only $120 million has been received after a flash appeal for $422 million made on 11 May.

See: Lives at risk as Nepal earthquake funding dries up